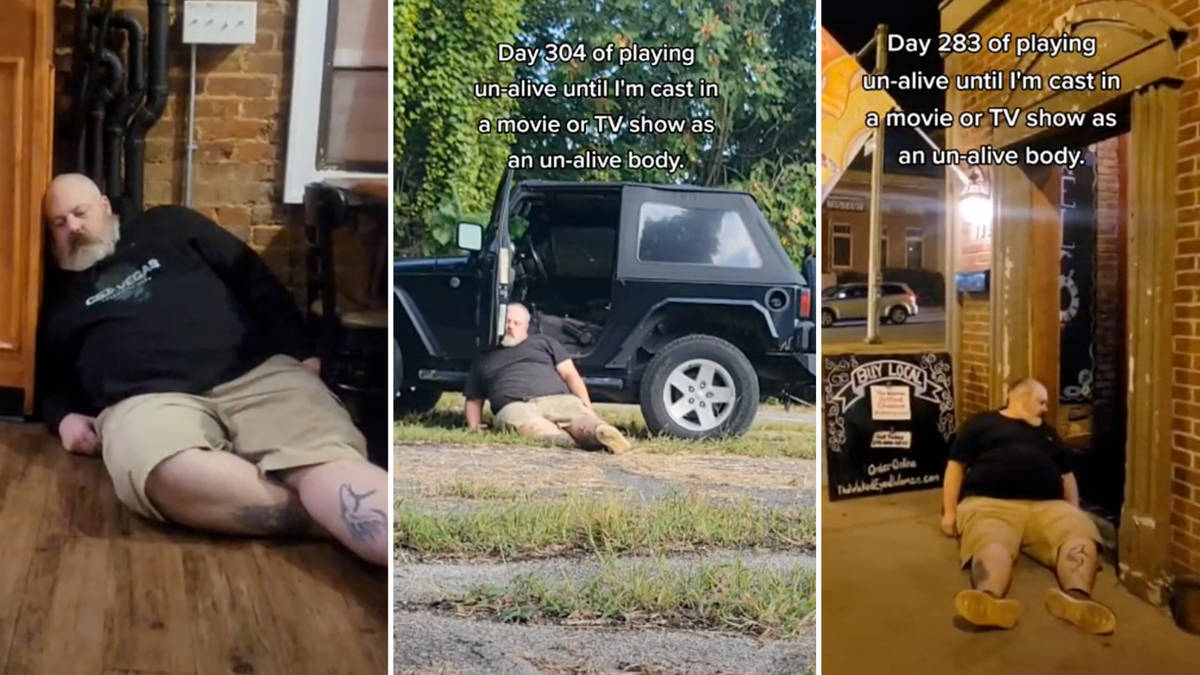 A Kentucky man who pretends to be dead for 321 days gets acting role on CSI. When did this happen? This happened in October 2022.

It turns out that you can get on a big TV show and have your chance at fame by working hard, being dedicated, and making hundreds of videos of yourself claiming to be dead. Likewise, a Kentucky man who pretends to be dead for 321 days gets acting role on CSI.

Josh Nalley, a man from Kentucky, at least managed it by posting videos of himself claiming to be dead on his TikTok account @living dead josh every day in the hopes that a show will use him as a corpse in one of their episodes.

After 321 agonizing days of pretending to be dead, he finally got his wish when CSI: Vegas contacted him after becoming aware of the viral sensation and allowed him to play a dead body in one of their episodes.

He told the Courier Journal that he had never studied acting before, but that years of practice had helped him become more convincing as a dead person.

I don't like speaking on camera, but I can lie there and act like I am dead pretty easily. Having done more than 300 of these posts, I have progressed and gotten better. At first, you could see me breathing, or the fake blood looked really bad. I have gotten rid of using the blood and gotten better at holding my breath.

Josh discovered that the secret to a believable corpse shot required movement in the video so that it didn't just appear like the photograph; as a result, while he was motionless in the grave, his surroundings were dynamic and mobile.

According to him, the inspiration for the concept came from seeing a woman post about spicy sauce on TikTok and receiving a ton of offers from merchants. This made him wonder whether he could accomplish the same thing by portraying a dead body on television.

However, it wasn't all smooth sailing for him while he was on set; he disclosed that he unintentionally blew one take by leaving his phone on, and, of course, a telemarketer decided to ring him at the worst time.

Josh has gotten a lot of other invitations to portray a dead body for other movies, so maybe his chance at fame is only getting started. Despite this, he has no plans to leave his day job as a restaurant manager.

For the enjoyment of his fans, he keeps putting out movies of himself acting dead in the meantime, if that's the right way to put it. Who knows what other projects he'll play a dead body in?

A Kentucky man who pretends to be dead for 321 days gets acting role on CSI. Josh's time on set wasn't entirely successful despite his rigorous preparation for the role of a corpse. was not all simple.

He admitted that by leaving his phone on and receiving a call from a telemarketer while the camera was rolling, he unintentionally botched one take.