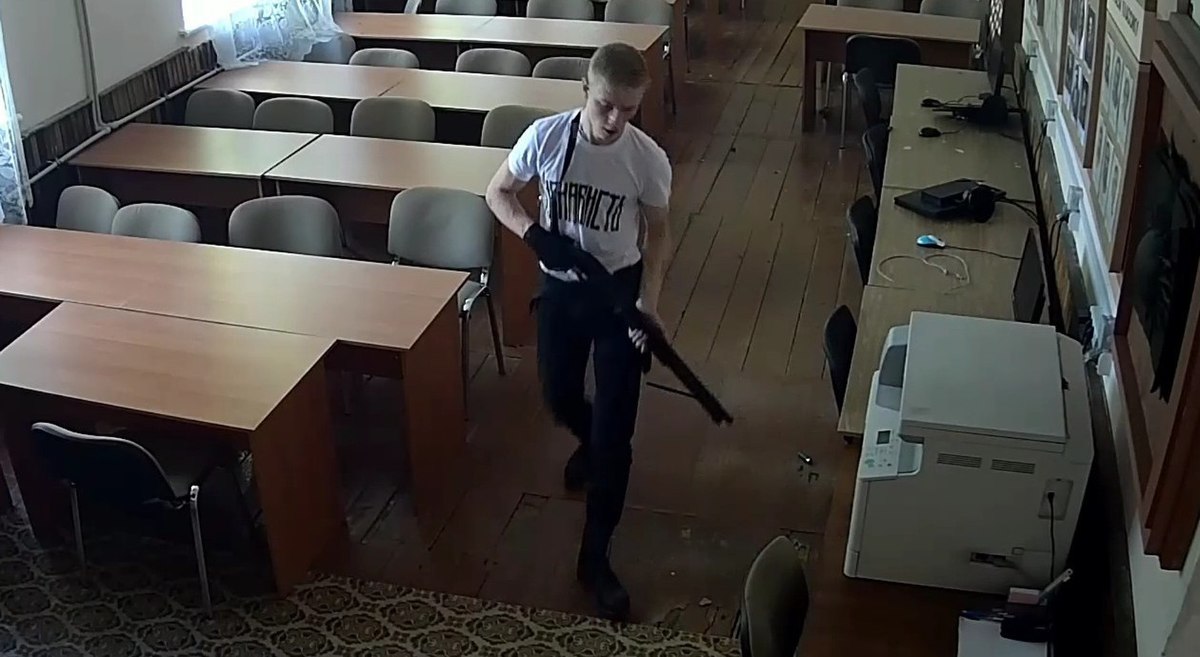 At least 20 people died and many more were hurt when a shooting happened at a college in the part of Crimea that Russia controls. According to Russian investigators, an 18-year-old student rushed through the Kerch Technical College, shooting at other students before committing suicide.

Additionally, witnesses have reported at least one explosion brought on by an unidentified explosive. It's not clear why. In 2014, Russia took Crimea from Ukraine in a move that was strongly criticized by several Western nations.

The annexation signaled the beginning of a long-running battle in eastern Ukraine involving rebels that received support from Russia.

There are conflicting stories regarding the order of events leading up to the Kerch Polytechnic College massacre incident.

Vladislav Roslyakov, the alleged offender, is accused of firing shots while running from one room to another, beginning close to the canteen. Then, according to Russia's investigation committee, he shot himself to death.

Later, some images supposedly showed the attacker's body in the college library surfaced in Russian media. Although other sources mentioned shrapnel injuries, the investigative committee stated that preliminary exams revealed all of the victims died from gunshot wounds.

Local media quoted Russian law enforcement sources as stating that the perpetrator exploded a bomb in the canteen before opening fire. Investigators said in a statement that an explosive device with "metal objects" had gone off in the dining area soon after a report of a blast in the building.

According to several witnesses, there was at least one explosion. Later, investigators found the shooter's personal belongings and found a second device that had been turned off.

Igor Zakharevsky, who was in the canteen when the shooter hit, was one of the witnesses. At the entryway, next to the buffet, he claimed, "I was at the epicentre of the first explosion."

"I was quite shocked when one of my classmates began removing me. Then, at two or three second intervals, I heard many gunshots. Another explosion followed after some time."

A guy who lived close to the institution reported hearing an explosion and seeing a big window break. The event used to be called a "terrorist crime," but now Russia's investigation committee calls it "mass murder."

How Many Kerch Polytechnic College Massacre Victims Were Affected?

In Kerch, Crimea, on October 17, 2018, a bombing and a school shooting took place in the dining hall of Kerch Polytechnic College. At least 20 people were killed and 70 people were injured.

When Did The Kerch Polytechnic College Massacre Happen?

Who Was The Shooter During Kerch Polytechnic College Massacre?

The shooter was 18-year-old student Vladislav Roslyakov, who, after the attack, killed himself.