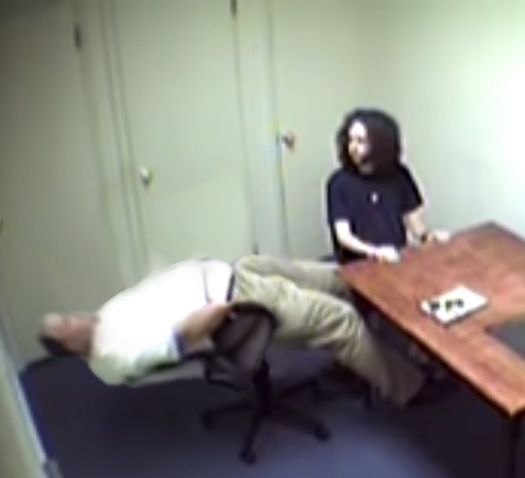 Killer Stephen McDaniel Kept His Body Eerily Still During Interrogation is a new bizarre case that is all over the internet. He might not have realized it at the time, but his days as a free man were numbered.

When Stephen McDaniel is interrogated for two hours straight, his body appears to be frozen in place.

A chair was set up in a small, rectangular interrogation room at the Macon police detective office, where he sat in silence.

A covert camera was trained on him and recorded his every move. 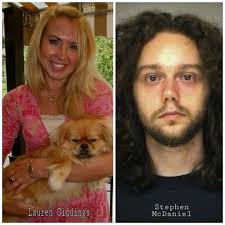 McDaniel was caught in the crossfire of a murder investigation of unprecedented breadth in the city, had the potential to make life more difficult for police.

The alternative would have been for Mcdaniel to go out and force the police's hand: "Handcuff me or not."

Police would almost definitely have come looking for him if they had allowed him to wander off.

However, as the last hours of June 2011 drew to a close, McDaniel chose to remain silent and allow detectives to question him.

McDaniel, who had graduated from Mercer University's law school a month before and was undoubtedly aware of his legal rights, was already the main center of the Lauren Giddings murder investigation, which had only been underway for 12 hours.

Earlier in the day, at 9:40 a.m., police officers on the hunt for the missing Giddings became aware of an offensive odor.

In a garbage can at the Georgia Avenue apartments where she and McDaniel lived, they discovered her mutilated torso.

Now the time was ticking — both for the detectives and for McDaniel, a 25-year-old from suburban Atlanta who had been living next door to Giddings since the fall of 2008.

His final few hours of freedom were slipping away before his eyes.

McDaniel, now 28 years old, entered a guilty plea on the eve of his trial last Monday, confessing to a homicide that ranks among the most high-profile crimes in the city's recent history.

Giddings, a 27-year-old man, was murdered and dismembered. There has been no sign of her arms, legs, or head since she disappeared.

In the interrogation interview with McDaniel, which lasted two hours, the video showed expletives and violent words.

He acknowledged strangling her and disposing of her missing limbs in a garbage bin at the Mercer University law school, which was across the street from their apartment complex. He was sentenced to life in prison. Earlier that month, he and Giddings had both graduated from the institution.

When the police continually inquired about her whereabouts on the first day, McDaniel chose to remain silent.

"The cop says something intimidating/patronising like "why don't you be a man and look me in the eyes?"...watch the video, McDaniels stares him dead in the eyes and doesn't stop eye contact for the rest of the interview. Cop is in his face and soon, intimidated, sits back as if he's all cool.

I think in this circumstance, McDaniels was likely a little autistic and took the command literally."

The questions he was asked seemed increasingly insignificant as the night continued into the early morning hours of July 1. When he didn't speak, his silence did the talking.

After that, he screwed around and spoke way too much, which was disappointing. 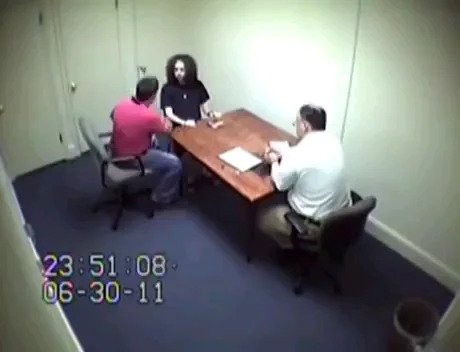 Mr. McDaniel, who was clad in black flip-flops, a navy T-shirt, and jean shorts, sat staring at the floor, his face hidden by a mane of brown frizz.

Earlier that morning, the torso of Giddings was tentatively recognized.

Her father had driven down from her home state of Maryland since the discovery that morning.

Patterson spoke of Giddings, but he kept McDaniel in the dark about what officials knew and didn't know about Giddings and the case.

“Do you know where’s she’s at tonight?”

“I’m asking you as a friend for help,” the detective said. “Can you help me?”

Thirty seconds later, Patterson said, “Do you even care that no one can find her?”

A little more than twelve hours earlier, just before noon, McDaniel had been at the police station with neighbors and friends of Giddings to provide testimony regarding her abduction.

His neighbors had given their permission for searches to take place in their apartments. McDaniel, on the other hand, had not. Patterson, a serious businessman with a pleasant Kentucky drawl, inquired as to why.

“It’s the lawyer in me,” McDaniel said, lucid as you please. “I’m just always protective of my space.”

They'd been talking for almost an hour and a half when the conversation came to a close. Patterson had promised to let McDaniel let him wander around his flat — with McDaniel present — on the premise of looking for Lauren, and McDaniel had agreed to let Patterson do so.

He remained in the vicinity of the apartments throughout the day as police searched the complex. Perhaps he had nowhere else to go.

According to a source close to the investigation, he may have stayed for another reason: simple curiosity.

To see what the police would come up with.

“Why are you shutting down?”

That afternoon, he had given a now-famous interview to reporters in which he appeared to express concern for his missing neighbor, who had gone missing himself.

“She was just gone,” he'd explained how none of her friends had been able to locate her.

Then, when a television reporter announced that a body had been discovered, he either appeared to faint or acted as if he did — or who knows, maybe he did both.

“You ran your mouth to the news media. ... Now you get down here and you don’t (expletive) know,” an exasperated Patterson said. “You know, you’re just a sorry piece of (expletive) that don’t give an (expletive).”

The detective, maybe as part of his own act of theatre, slowly pulled his glasses from his face. He slid a photograph of Giddings down the interview table toward McDaniel, who was sitting across from him. There was no response.

Patterson was adamant that McDaniel knew where Giddings was — or, at the very least, where her remains were.

“Yes, you do know,” the detective replied.

At some point, another officer would notice McDaniel's glazed-over expression and inquire as to whether he was counting the pores in a concrete-block wall or anything else.

One more time, in an apparent attempt to compel McDaniel to produce some semblance of an answer to any question, a detective inquired as to whether or not the defendant drank Coca-Cola. McDaniel stated that he had.

“Which tastes better,” the cop asked, “Coke or Pepsi?”

Patterson continued to question him regarding Giddings' whereabouts.

The detective took a deep breath.

McDaniel didn't appear to be aware of what was going on.

The police had one final task to complete before transporting him to jail, where he would be held for a month before a murder charge could be filed against him. They were in possession of a search warrant.

“We saved the best for last now,” an officer told him. “I got to pull some hair out of your head.”

The officer engaged in light conversation.

“You have plenty of hair, ain’t you?” the cop said. “You ain’t going bald no time soon, are you?”

"People always point to this video like it's so obvious anyone who acted like that would be the killer. But he just acts like almost anyone who heard that someone they were hoping would turn up was found dead."

Did Stephen McDaniel Do It?

Lauren's murderer, McDaniel, admitted his guilt in 2014 and was sentenced to death. In a written confession, McDaniel admits to breaking into Lauren's apartment with a master key and assaulting Lauren as she slept. He claims he strangled her and then dismembered her in the bathtub with a hacksaw before dumping her body.

People are shocked on hearing the case in which killer Stephen McDaniel kept his body eerily still during interrogation and trying to get Stephen McDaniel Psychology state. What are your thoughts? If it is the most creepy case you have ever heard of, do let us know. And If you know something even creepier, don't forget to share it.