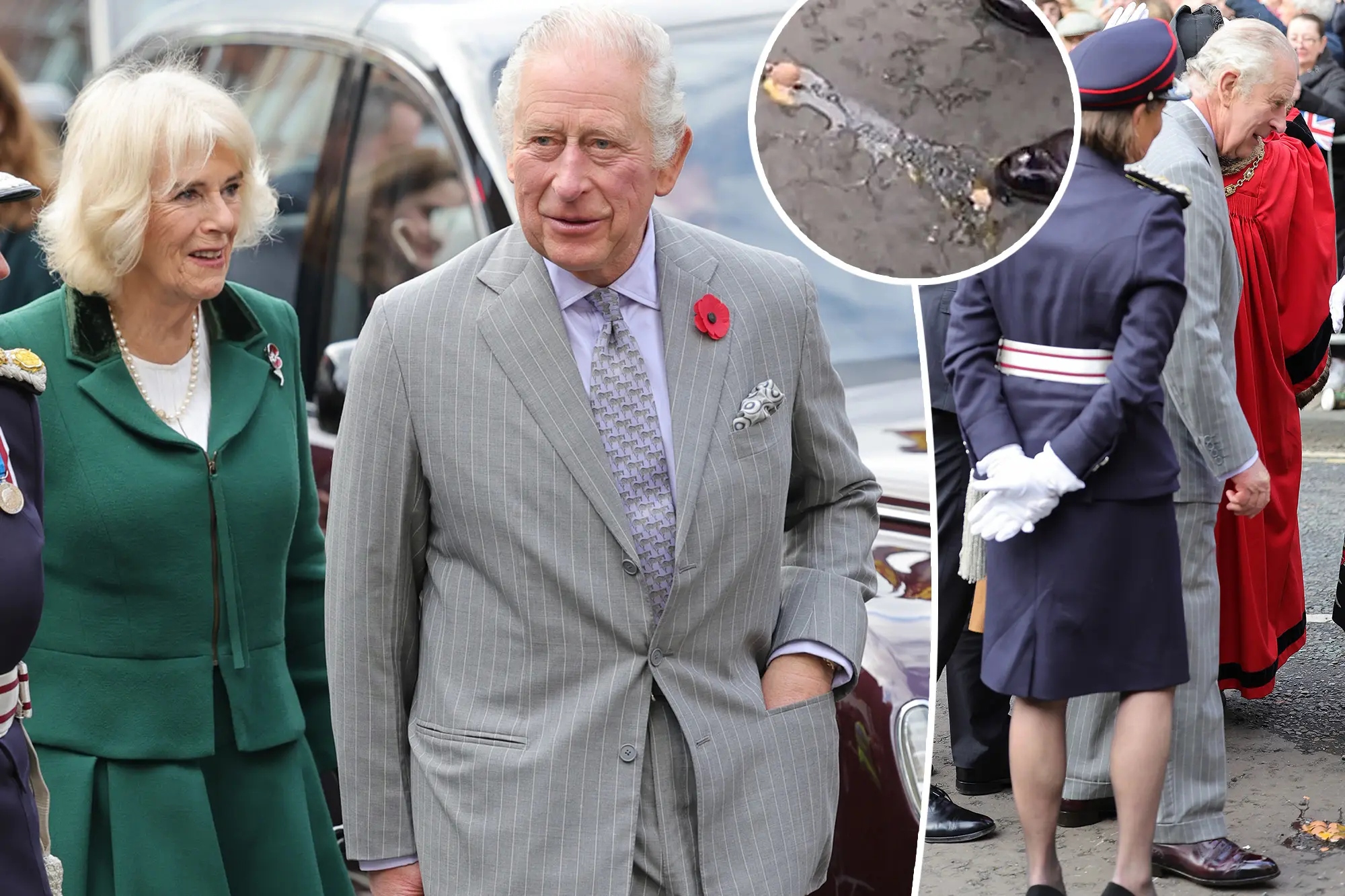 King Charles and Queen Camilla pelted with eggs on their royal visit to York. When did this happen? This happened on November 9, 2022.

Local authorities were welcoming King Charles and Camilla to the city when a protester threw several eggs in their direction. All of the eggs were missed and shattered on the ground next to them.

Charles and Camilla addressed the crowds that had come to see them as police at Micklegate Bar rushed to the situation after eggs were fired into the air.

Then, as the King was visiting the city today, they could be seen grabbing hold of a suspect and hauling him to the ground from behind a makeshift fence (9 November).

The two were then led out of the room by security and regional delegates. The man was grabbed by police and taken into custody after the event, and it was overheard that he yelled, "This country was created on the blood of slaves."

God save the King and "shame on you" were chanted by other spectators at the suspect. Later, he was seen being thrown into the back of a van by police as they hauled him away.

Charles and Camilla went to York to see the first statue of Queen Elizabeth II that has been put up since she died. When the Queen's casket was being carried through Scotland after she passed away, a protester was detained for cursing at Prince Andrew.

The 22-year-old yelled at Prince Andrew as he and his siblings followed the coffin of his mother as it was carried from the Palace of Holyroodhouse to St. Giles' Cathedral. As the Queen's coffin passed, the man yelled, "Andrew you're a sick, old man," before being dragged back by onlookers, as shown in the video.

The man was hauled to the ground by bystanders before being taken into custody by police, despite the fact that video shows him insisting he had "done nothing wrong." The young man was charged and released, according to a Police Scotland spokesman.

A 22-year-old man was arrested and charged in connection with a breach of the peace on the Royal Mile around 2.50pm on Monday, September 12. He was released on an undertaking to appear at Edinburgh Sheriff Court at a later date and a report will be sent to the procurator fiscal.

King Charles and Queen Camilla pelted with eggs on their royal visit to York on Wednesday (Nov 9).

In a northern English town, the couple was introducing themselves to people when a protester almost hit them with four eggs. The 73-year-old monarch and his 75-year-old wife continued to shake hands with royal admirers while stepping over the pile of eggs that had fallen near their feet.