Kiss From A Rose Lyrics Meaning - Song By Seal 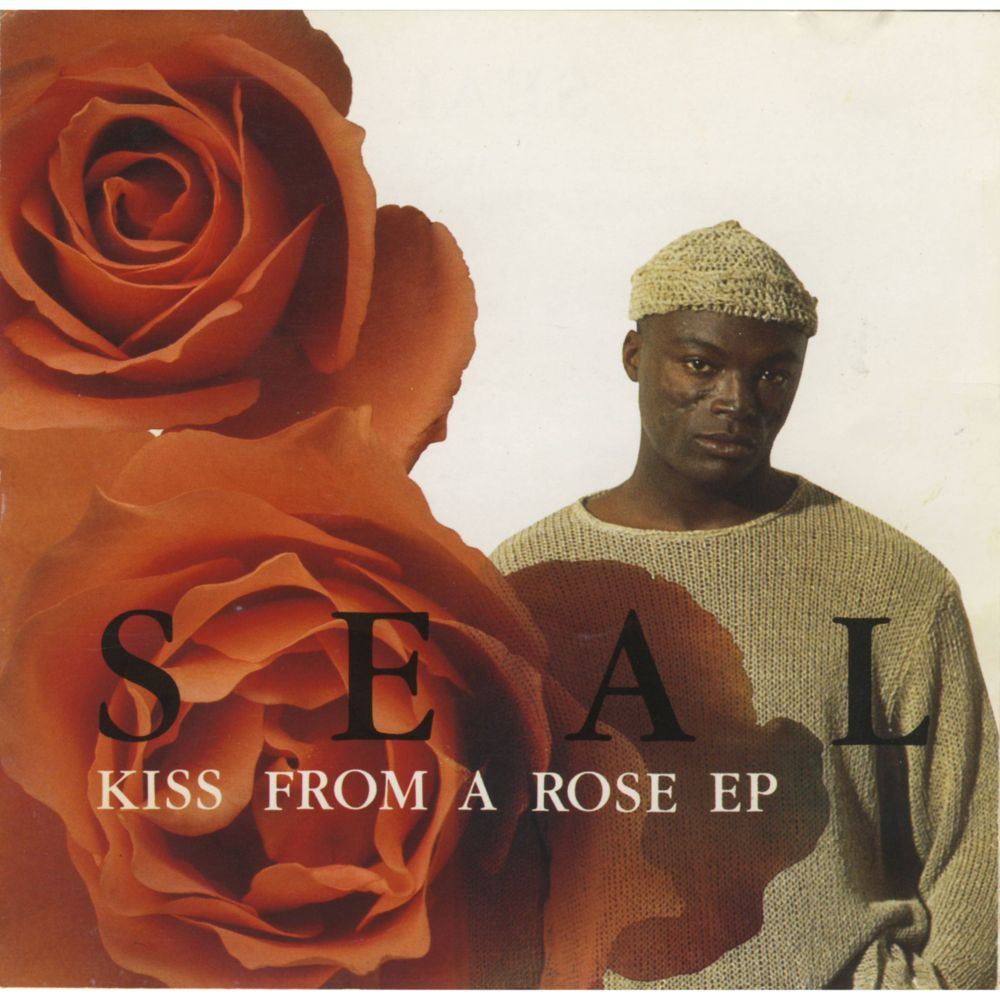 Fans of "Kiss from a Rose" know full well that the Kiss from a Rose lyrics meaning is dense with symbolism and not simple to comprehend. Therefore, the generally acknowledged meanings of this song are diverse and often disconnected.

The fact that Seal, the song's creator, has been coy about its origins is a contributing factor. He has never clarified the lyrics beyond saying vaguely that they are about "some kind of romance."

Quite the opposite, he ignored "Kiss from a Rose" for a long time. This could be because he penned it before he became famous when life was tough for him financially and he was living in London.

As a result, he invites the listener to find his or her own meaning in the song. He thinks the listener's interpretation of the lyrics is more crucial than his own intentions when writing the song.

People have little doubt that Seal's relationship served as inspiration for this song, given the depth with which the lyrics explore the subject. Whoever he was with at the time he created this song must have meant the world to him.

To what end do we make such a statement? The lyrics are profound and overwhelming, demonstrating how important this individual was to him.

When Seal says things like, "I compare you to a kiss from a rose on the gray," what exactly does he mean?

Roses, as is common knowledge, thrive in hotter environments. A sighting on the gray (winter/snow/frozen wilderness) would consequently be extremely unusual. In this case, it seems that Seal is equating his beloved with a rare gray-blooming rose and its unique capacity to kiss. That's how incredibly unique she is in his eyes.

Kiss From A Rose Song Facts

What Kind Of Chart Performance Did "Kiss From A Rose" Have?

Meaning Of Kiss From A Rose Lyrics

Below is Kiss from a Rose lyrics meaning:

There used to be a graying tower alone on the sea.

You became the light on the dark side of me.

She "become" the light of his lonely lighthouse in the middle of the sea (him) (implying he is the dark shadow of the lighthouse itself).

Love remained a drug that’s the high and not the pill.

As he freely confesses, the "light" is his "love" and "high" for him.

But did you know,

That when it snows,

My eyes become large and

The light that you shine can be seen.

I compare you to a kiss from a rose on the gray.

A "rose on the gray" is a statement of striking contrast. The color rose connotes a lively and vivacious red. Gray is boring and uninteresting.

The more I get of you,

The stranger it feels, yeah.

This reeks of the pathological pursuit of perfection, or of something extremely weird or inappropriate. It could be a case of racial prejudice, but it could also be an instance of forbidden love analogous to taboo forms of sexuality like necrophilia or incest. It's not done here to compare "grey" (him) and "rose" (her). When did a gray lighthouse get a red rose?

And now that your rose is in bloom.

A light hits the gloom on the gray.

Despite the fact that he is an old and dull guy, her presence and the possibility of procreation brighten his day like a blooming rose. But can two people who seem so different ever live happily ever after?

There is so much a man can tell you,

So much he can say.

My power, my pleasure, my pain, baby

"My Power, My Pleasure, My Pain!" These three lyrics are the most powerful in the entire song, and he is singing them at the top of his lungs so that everyone can hear him. This is the song's entire meaning, its fundamental message.

The source of all his strength, joy, and pain, she is the focal point of his existence. It's an unhealthy obsession laced with pleasure and anguish, strength and weakness, and other unpleasant emotions. He's hooked on the contrasting feelings he has for her (in the next verse).

To me you’re like a growing addiction that I can’t deny.

Won’t you tell me is that healthy, baby

At long last, he owns up to his dependence on the forbidden, compulsive love this rose has cast upon him.…

The Literature Of A Kiss From A Rose

The song's lyrics use figurative language to convey a variety of ideas. You can figure out what the music means to you after you start translating the metaphors (Light, Grey, Rose) into their various symbolic meanings.

When we've been desperately in love with someone we can't have, we can all connect to this song. Because of this, we keep playing the song over and over. The sound soothes the listener. This behavior borders on masochism as well. Masochistic love is the overarching theme of this song.

Who Sang Kiss From A Rose Originally?

What Animal Sang Kiss From A Rose In Sing?

A sheep sang Kiss from a Rose in Sing animated movie.

What Movies Is Kiss From A Rose Song In?

Kiss from a Rose song was in "Batman Forever".

One of the most enigmatic songs ever composed, "Kiss From A Rose" has inspired a great deal of conjecture about its meaning. Some listeners interpret Kiss from a Rose lyrics meaning as a drug-related ode to love, while others perceive it as a spiritual quest. Seal has never revealed the song's meaning, saying only that it was inspired by "some kind of relationship."