"Larry," The Chief Mouser, Has Gone Viral For Chasing A Skinny Fox 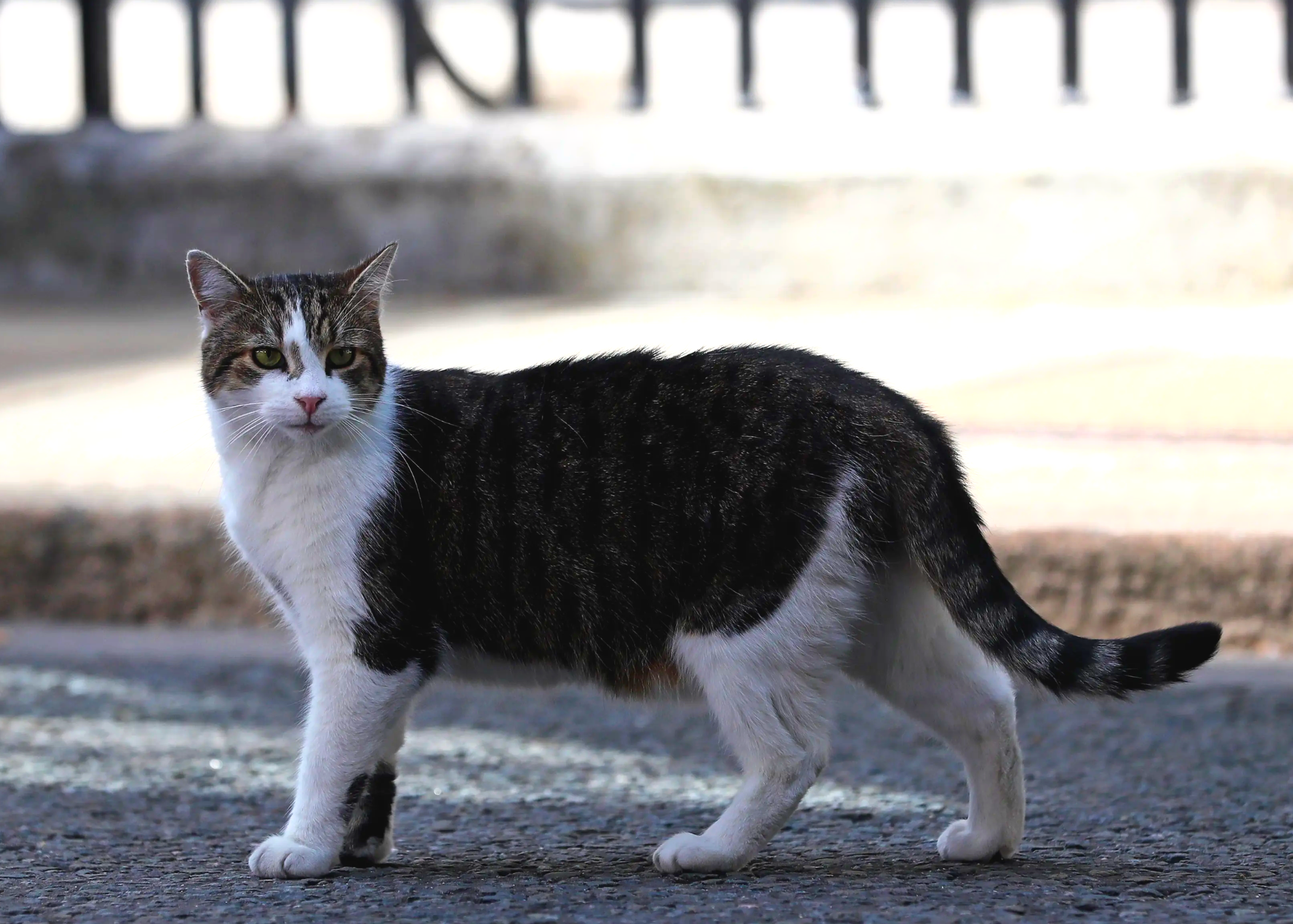 A famous domestic cat in the UK is now the talk of the town. "Larry," the chief mouser, has gone viral for chasing a skinny fox. Larry is a domestic cat who has been working at 10 Downing Street as the Chief Mouser for the Cabinet Office of the United Kingdom since 2011. He is a brown-and-white tabby cat.

Previously, the tabby stalked and caught a pigeon outside Boris Johnson's official residence. But, this time, Larry the Downing Street cat has gone viral again.

Sky News and other news outlets got video of the determined tabby slowly following a skinny-looking fox before attacking. Here is a video clip that shows how courageous Larry the cat is.

Larry the cat chases off fox outside No 10 downing street

Larry was adopted from the Battersea Dogs and Cats Home when he was only four years old. He has been a trusted friend to David Cameron, Theresa May, Boris Johnson, and now Liz Truss.

When he was hired in 2011, he was Britain's first chief mouser at No.10 since Humphrey, a loyal rat, left in 1997. In 2019, when President Trump of the United States came to visit, Larry was seen sleeping under The Beast, the president's car, which was a security risk.

Even getting caught in the rain was enough to warm people's hearts, and in 2018, a video of a wet Larry being helped into his house by a kind police officer went viral.

The Downing Street website says that Larry spends his days greeting visitors to the house, checking the security systems, and testing antique furniture to see how well it works for napping. It says, "His day-to-day responsibilities also include contemplating a solution to the mouse occupancy of the house."

Larry is a domestic cat who has been employed since 2011 as the Chief Mouser for the Cabinet Office of the United Kingdom at 10 Downing Street. He's a brown and white tabby cat who was presumably born in January 2007. He had gained a reputation for being "violent" in his interactions with other neighborhood mice by July 2016.

He was described as a "good ratter" with "a high chase-drive and hunting instinct." On April 22, 2011, he recorded his first known kill, a mouse. In two weeks, Larry caught four mice, and one employee managed to free a mouse from his grasp.

Mice-eating cats are called "mousers," and their sole purpose in life is to eliminate rodent populations. During King Henry VIII's reign, the British government began using mousers; in 1515, Cardinal Thomas Wolsey, who was serving as Lord Chancellor at the time, appointed his pet cat to the position of Mouser to the Treasury. In exchange for the cat's services, the owner began giving it a small sum of money every week, a practice that has continued to this day.

The weekly allowance for the Chief Mouser began at 1 shilling and 6 pennies in the 1930s and has since increased. Presently, Larry, a brown and white tabby cat, is Chief Mouser and is paid an annual wage of 100 pounds. The position of Chief Mouser had been vacant since the death of Sybil, a black and white cat, in 2009, and it wasn't filled until the election of Larry in 2011.

The Downing Street cat, who also serves as the Cabinet Office's chief mouser, has made headlines once more for his most recent success, or what might be considered a clear victory, in frightening away an intruder at the door of 10 Downing Street. A video of the same incident, where Larry is seen stalking a fox that prowls on a well-known street and chasing it down the street, has since gone viral on social media. The cat was seen on camera, and he appeared to be very proud of himself.

The cat, however, also receives criticism from the general public because of his job as Chief Mouser. For instance, it was discovered that Larry shared a home with a female cat named Maisie and spent more time sleeping than hunting for mice.

Mice were so common in Downing Street at one point in 2011 that David Cameron, the prime minister, had to resort to hurling a fork at one during a Cabinet dinner. Larry did not respond when Cameron spotted a mouse in his study.