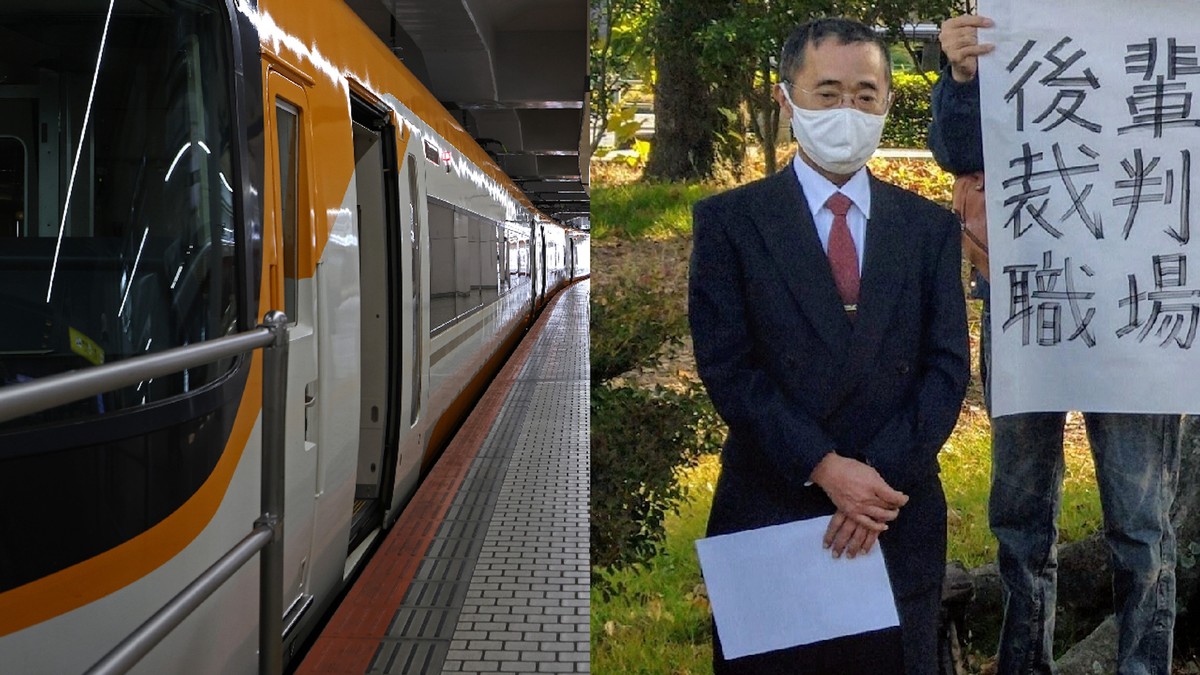 Late Japanese train driver - People in Japan are known for being on time with their service. People in this country are taught and expected to be on time, to the point that punctuality becomes a part of their daily lives. So it is really a big issue when someone is caught late in the transportation field. This happened to a Japanese train driver who this article will feature. How is this case going and what's the effect of this culture on the Japanese drivers?

The Case Of A Late Train Driver In Japan

During his time working for West Japan Railway, Hirofumi Wada had been scheduled to drive an empty train into a depot in June of 2020. However, he made the mistake of going to the wrong platform and began driving the train one minute later than intended, causing the train's departure to be delayed by one minute. His employer asserted that he did not perform any job during that one minute and so deducted his compensation.

Following Wada's lawsuit against the railway operator, the Okayama District Court decided in his favor and ordered West Japan Railway to reimburse him for the 45 cents in reduced salary that he had received during his time as a driver.

Wada died on April 3 of an unidentified illness at the age of 59. Wada's further claim for 2.2 million yen ($17,108) in compensation for emotional suffering was denied by the court as well. Labor unions applauded the former driver's victory and hailed the decision as a significant step forward in the expansion of labor rights.

It was very clear Wada was still working during that one disputed minute.

Though being a minute late may not seem like a huge concern, Maekawa explained that enforcing punctuality with such strictness was a means for train firms to maintain control over their staff.

It's a way to constantly watch your employees, and if they make a mistake, they'd carry out pretty severe punishments, like pay cuts or layoffs, even make you write reports to say you’ll never make that mistake again. Over time, it causes a lot of mental distress for employees because they’re so afraid of making a mistake.

It hasn't just made people afraid to work, but also led to safety problems. Notice this one example.

Near Tokyo, a 36-year-old bullet train driver stepped out of the cockpit of a train carrying 160 passengers and traveling at 150 kilometers per hour. He claimed he was experiencing stomach aches and couldn't bring himself to stop the car before going to the restroom, as recommended by the instructions, because he needed to be on time. But, this led to him being punished.

It started a debate in Japan when the driver of a high-speed train took a three-minute break to go to the bathroom. The country is known for being very on time. There has been a lot of sympathy from Japanese Twitter users for the driver. They said that he was "only human."

I feel bad for him. Humans need to go to the bathroom, right? Sometimes you just can’t help it. And the stops between each station are long.

One commenter suggests that If a driver just needs to pee, then maybe wearing a diaper would be okay. The commenter added: "I feel sorry for the driver if he gets fired over this."

Drivers are required to inform the business's command center if they become ill while on the road, according to company policy. They have the right to either stop the train or request that a competent conductor takes over the controls.

However, the driver, who has not been identified, stated that he was afraid of causing a delay by stopping the vehicle. The conductor of the train, who was not qualified to run the vehicle, instead was enlisted to keep an eye on things for him as he ran to the restroom. 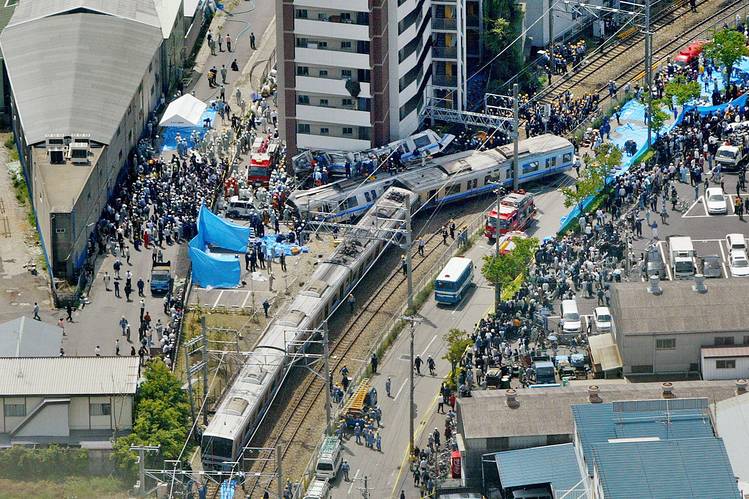 When a high-speed West Japan Railway train derailed and slammed into a residential tower in southern Hyogo prefecture in 2005, it took the lives of 105 people. According to the findings of the investigation, the driver, a 23-year-old man who was also killed in the incident, was most likely exceeding the speed limit on a curve because he was running late. He had been penalized twice previously for being late for work prior to the accident.

Driver Driving With A Full Bladder

It happened in 2016 when a train driver in his 50s opened the door of his cockpit and urinated on the platform at Sakura Station in Chiba Prefecture. The train was supposed to leave soon after. The man said he was anxious and uncomfortable. He didn't want to be late for work if he went to the bathroom, but he also couldn't focus on driving with a full bladder.

The Culture Of Punctuality In Japan

When it comes to punctuality, Japanese trains are renowned but they are also known for their harsh working conditions. In fact, railway operators are known to penalize their staff for even the smallest faults.

Secondly, suppose you were told to go to your part-time job at 10. If you arrived just on time, you would be late. When you go to Japan, it is common for people to show up 10 minutes before the time they are told to show up. At 10:00 a.m., your boss wants you to be ready to start working right away, not at 10:15 a.m. So, you should come before the time you are told to come and be ready to work.

Taking Control Of Your Time 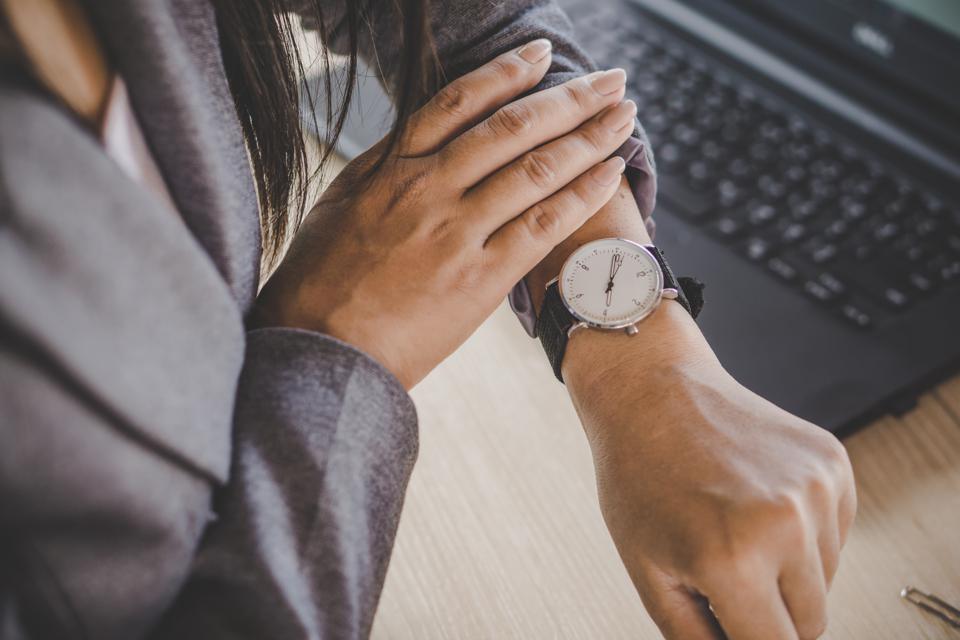 A female employee looking at her wrist watch

People who learn how to manage their time well are more likely to do well in life. Can even make the difference between having a job and getting fired. Below are some helpful advices to be on time.

Figure out what is most important to you. In Ecclesiastes, 3:1, the Bible says that there is a time for everything. Having "an appointed time" for things helps you to do them in an orderly way. You will be able to do this by listing all the things you need to do. In the next step, ask yourself, "Which of these values are the most important to me?"

Think of others' interests. People find it rude and distracting when you are late. Another thing to do is follow the Golden Rule and treat people the way they want to be treated. Matthew 7:12 says: Doesn't having to wait for other people bother you? Then don't make anyone else wait for you.

Seek advice from others. Consult with individuals who are in similar situations to yours but who manage to arrive on time for appointments and other events. Frequently, they will have a number of valuable tips to share with you. You may learn to be punctual if you have the appropriate attitude and put up the necessary effort.

What Happens If A Japanese Train Is Late

If a Japanese train is five minutes or more late, the passengers on board are given a certificate of attendance. They can use this as an excuse to be late to work or school, which their boss or teacher will accept.

Are Japanese Trains Never On Time

Japan's railways are regarded for their safety and trustworthiness, and the Shinkansen in particular is renowned for its punctuality and reliability. Every year, trains are delayed by an average of less than one minute on average. The Shinkansen operates on dedicated lines, which allows for the use of a single technology and the execution of identical missions.

What Is The Average Delay Time For Trains In Japan

According to JR Central, one of central Japan's major railway firms, the average annual delay per operable train is 0.9 minutes. This figure includes unavoidable delays induced by natural catastrophes, which are very uncommon in Japan.

A major railway firm in central Japan's Chbu region, the Central Japan Railway Company (CJRC) is the most important. JR Central and JR Tkai are the official abbreviations for the station in English and Japanese, respectively.

Why Do Japanese Train Drivers Point At Everything

According to the National Institute of Occupational Safety and Health, Japan, pointing-and-calling, also known as shisa kanko, is based on the notion of linking one's activities with bodily movements and vocalizations in order to reduce errors by "increasing the consciousness levels of workers."

Why Japan's Railways Are So Good

Efficiency. One of the reasons for its efficiency is that JR East owns all of the infrastructures along the route, including the stops, the rolling stock, and the railroad lines themselves. It means that there are fewer management teams that are duplicating each other's efforts. In contrast to the United Kingdom, for example, ownership of railroad tracks and trains is divided.

Why Are Japanese So Punctual

Japanese students are taught the critical value of timeliness from an early age in school, and many office professionals would arrive at work extra early on a regular basis in order to minimize the possibility of being tardy in the office setting.

You've arrived at the end of this article. Thank you so much for taking the time to read this. Hirofumi Wada, who is now dead, has won his court struggle and will be compensated for his lost income with 56 yen (45 cents). He started driving the train one minute later than scheduled because he proceeded to the wrong platform. As a result, the train was one minute late for its departure. His supervisor told him that because he didn't do any job for one minute, he didn't get paid.

This serves as a reminder to everyone that we are all imperfect. It means that no one can ever give a faultless performance, responsibility, or service, regardless of the standards and rules in our workplace. In all situations, consideration should be taken into account. But, while we are all likely to make mistakes, this should not be used as an excuse to disregard workplace standards.