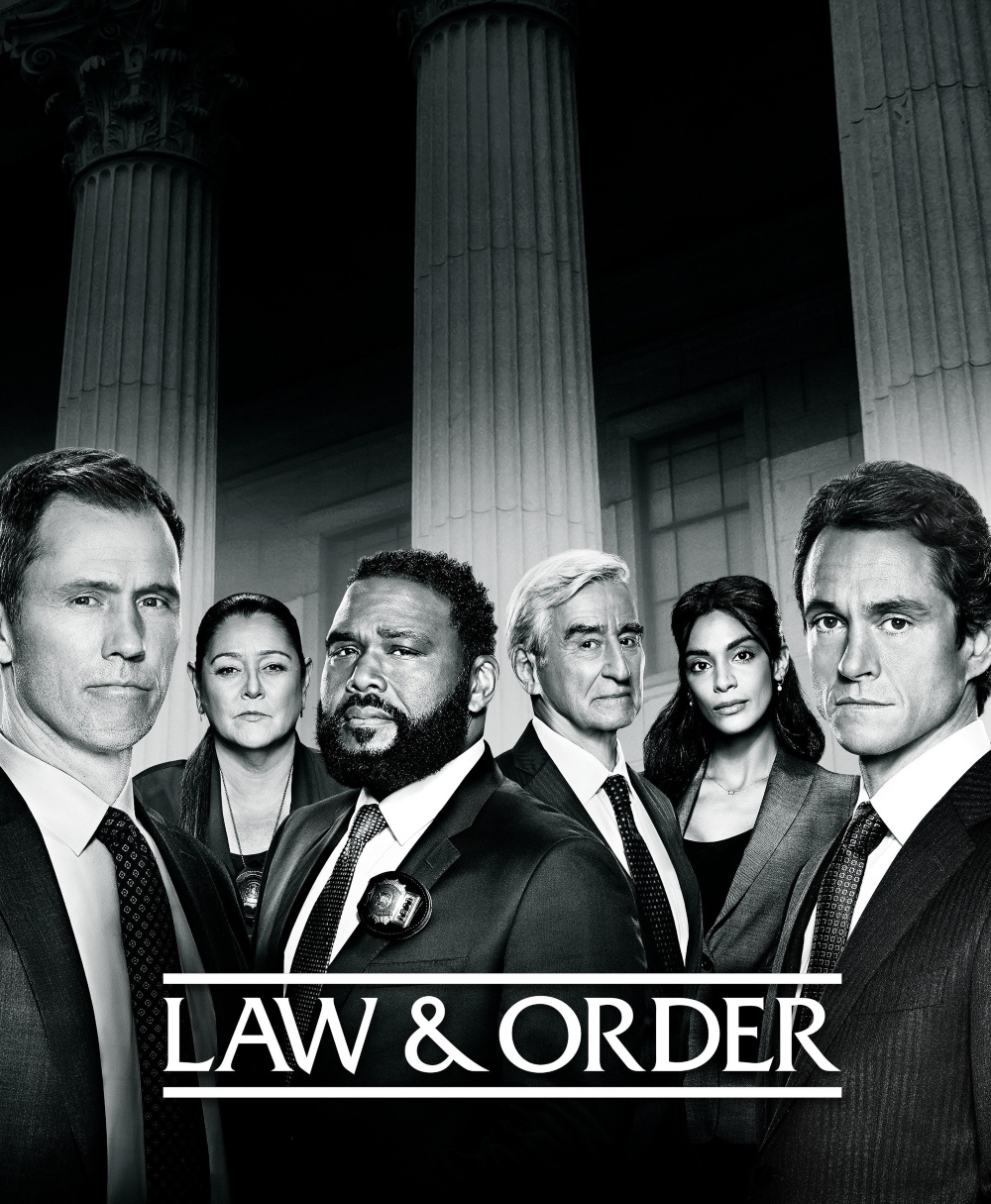 Camryn Manheim (The Practice) plays Frank Cosgrove, and franchise veteran Sam Waterston plays DA Jack McCoy. In addition, Claire Coffee from Grimm appears as a lawyer in at least one episode this season.

However, Anthony Anderson does not reprise his role as Detective Kevin Bernard. (As previously reported by TVLine, the L&O alum had signed on for only one year of NBC's revival.)

The new season promises a lot, including an unprecedented three-way crossover between the flagship procedural Law And Order and its spinoffs Law And Order: SVU and Law And Order: Organized Crime, which serves as the season premiere for all three shows. 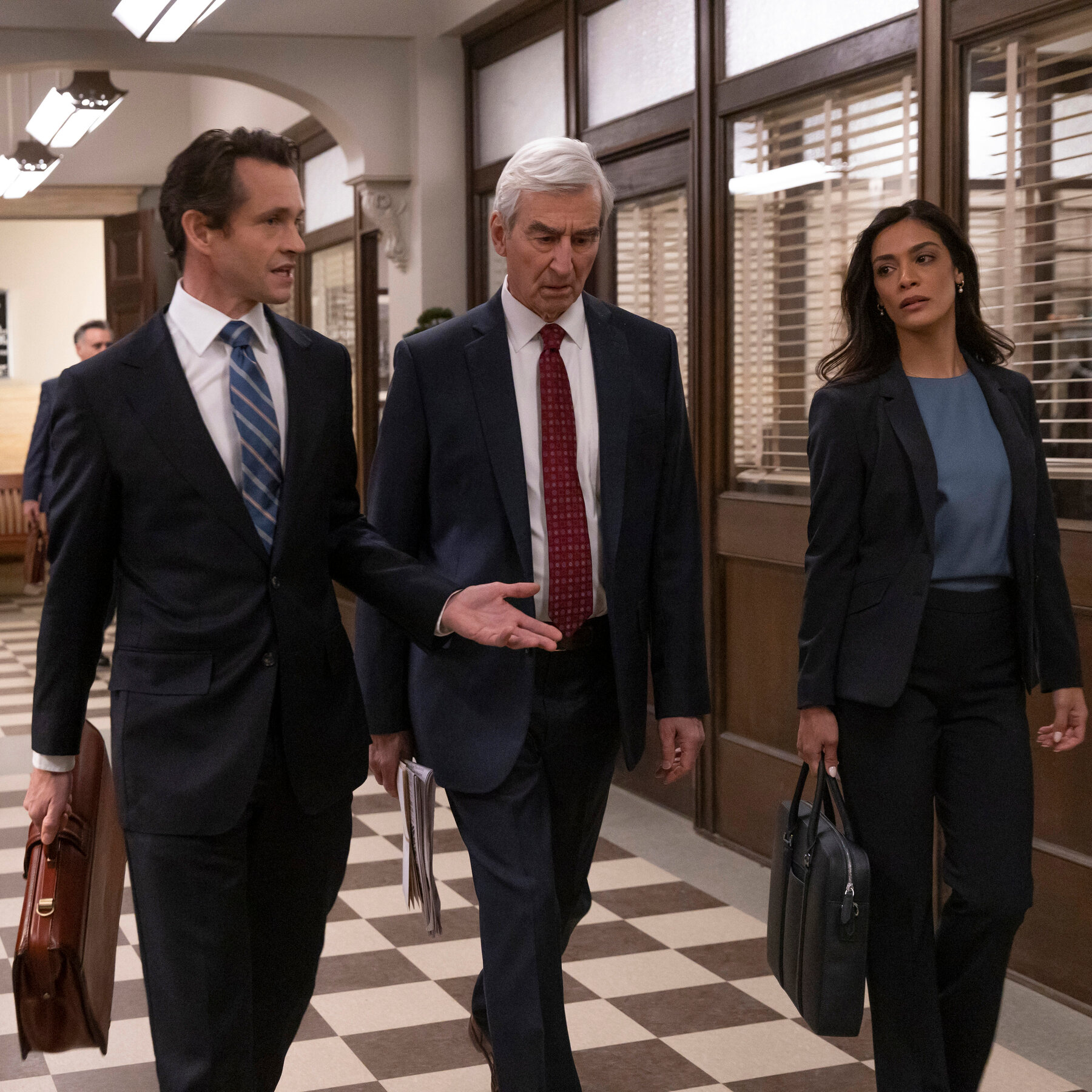 Two men and one woman walking while discussing something

On Law & Order, Jeffrey Donovan plays Detective Frank Cosgrove, and Camryn Manheim plays Lieutenant Kate Dixon. For the first time in the show's history, all three franchises are featured in a massive, intertwined Premiere Event. Is anyone else getting chills?

The casts of Law & Order, Law & Order: Special Victims Unit, and Law & Order: SVU are all joining forces for a three-hour action-packed episode that will have you on the edge of your seats.

This unprecedented scheduling block is a tribute to all the Law & Order fans who’ve been watching this iconic brand for four decades on NBC. We couldn’t be more excited to open our season with such a historic event.

Manheim's resume is also impressive, having played Ellenor in The Practice, Lieutenant Cosgrove in Stumptown, and Diane Claypool in Person of Interest.

With the early announcement that Anthony Anderson will not return as Kevin Bernard in the new season, there was some speculation about who would be his new partner. According to Deadline, that person is Mehcad Brooks (Mortal Kombat, A Fall from Grace). He will play Detective Jalen Shaw.

According to TV Line, Grimm star Claire Coffee appears as an attorney in the new season. It is not known how long she'll be on the show for, so it can't be said if she'll be there for a long time or just for a few episodes.

Law & Order is primarily a crime procedural series. Weekly episodes focus on new crimes that the detectives attempt to solve and suspected criminals that the district attorney's office attempts to prosecute.

As a result, viewers can anticipate some thought-provoking cases with the occasional unexpected ending. Furthermore, Frank Cosgrove will receive a lot of attention as he tries to adjust to his new partner.

While fans are used to seeing the SVU and Organized Crime units work together on a case, and even SVU working with the Law & Order police squad, they aren't used to seeing all three teams collaborate. It seems only natural that the crossover event kicks off each series' new season.

Creator Dick Wolf said in a statement, reflecting on seeing Olivia Benson, Elliot Stabler, Jack McCoy, and the rest of the gang all together:

Nothing demonstrates the power of the Law & Order brand more than an ambitious three-hour event with a story that is truly ripped from the headlines. Rick [Eid] and Gwen [Sigan] did an incredible job writing a compelling script, and there isn't a bigger or better way to kick off the new season of Law & Order Thursday.

Check out the NBC trailer below.

It will be three hours long and serve as the season premiere for Law & Order Season 22, SVU Season 24, and OC Season 3. Each series will continue to air on Thursdays at 8/7c, 9/8c, and 10/9c throughout the fall.

NBC released the following synopsis of the upcoming story:

Elliot Stabler (Christopher Meloni) are called in to help when they realize they have more than a typical homicide case on their hands.

The new season of Law & Order premieres live on NBC. Here is some good news for those who don't have traditional cable or satellite television, you can still watch the show live when it airs using live TV streaming services like FuboTV, Hulu with Live TV, Sling TV, and YouTube TV.

Do you prefer to watch shows on your own schedule? No worries. New episodes will be available to stream on Peacock the day after they air live, but only if you subscribe to Peacock Premium. 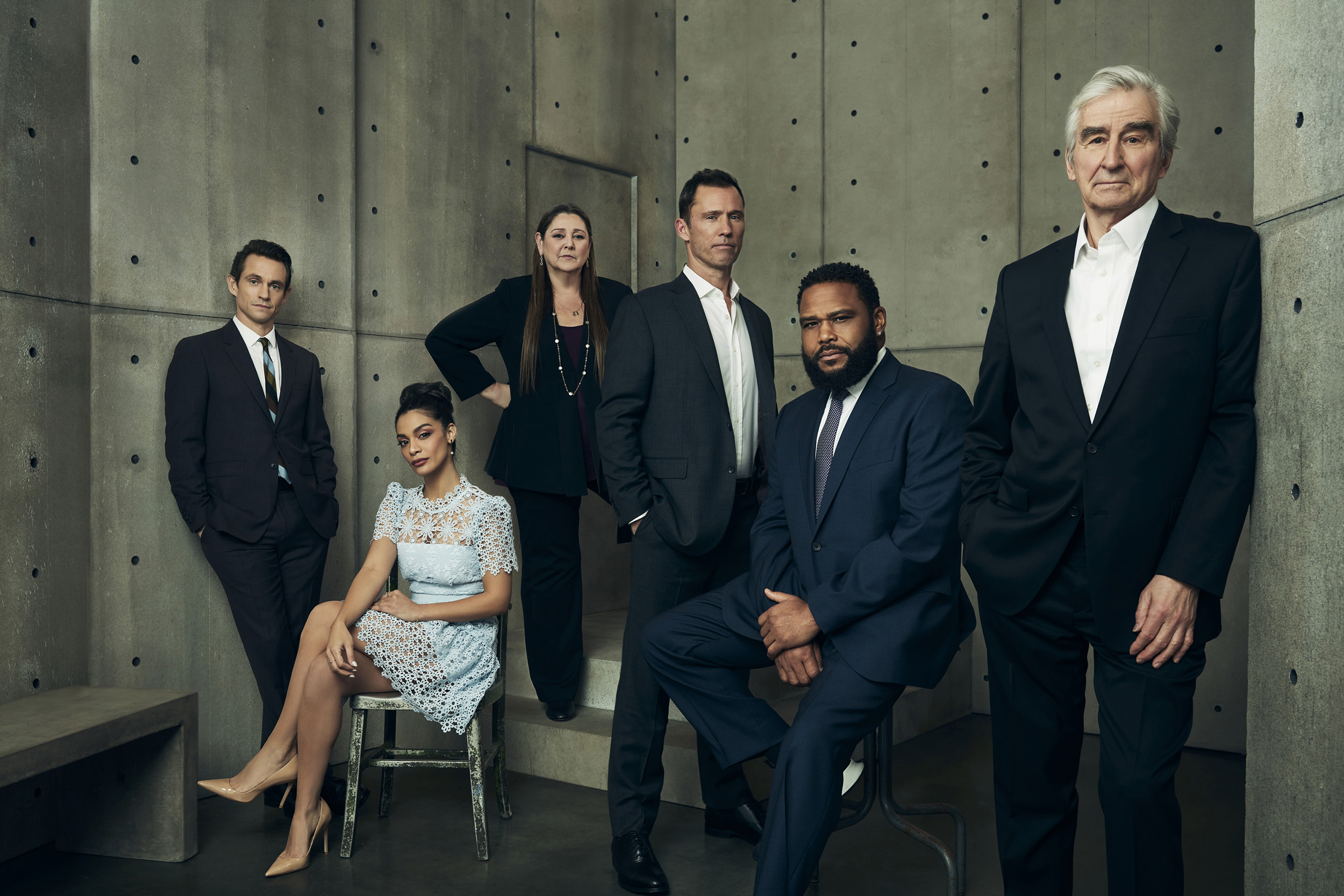 Main cast of Law And Order posing for a poster shoot

Yes, the 22nd season of Law & Order: An American Police Procedural and Legal Drama, premiered on NBC on September 22, 2022.

How Many Episodes Of Law And Order 2022 Are There?

NBC has not released an exact number, but nearly four episodes have already aired.

Where Can I Watch Law And Order Season 22?

You can watch it on NBC and the Peacock streaming platform.

Anthony Anderson will not return for Law And Order 2022 (which premiered Thursday, September 22 at 8/7c). As TVLine previously reported in November 2021, Anderson had agreed to participate in the NBC revival for only one year.