Lidl is selling a two-person inflatable kayak for under £40, which is a pretty good deal.

Seriously that is a good deal. The most similar thing I could find on Amazon is selling for around £370, which the intelligent amongst you will recognise as a higher number.

Ironically, I just misspelled ‘intelligent’ and in the process of writing this, also misspelled ‘misspelled’. I don’t know why I thought there was only one S. Anyway, a two-person inflatable kayak. Pretty cool, eh? 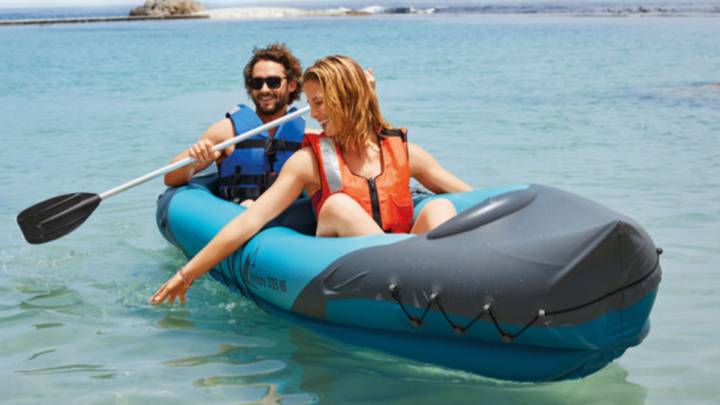 I’ve not been kayaking for the best part of 15 years back when I was in the Scouts, but for some reason I still say I like it, and even that I’m good at it. Is kayaking like riding a bike? I’d hope so, since I’d quite like to buy this one.

You get a lot for your money with this kayak as once you hand the £39.99 over, you get your two-person inflatable kayak, detachable seats, a waterproof bag to put all of your things in and some double bladed paddles. What a steal, eh?

I tell you what, if I was sponsored by either Aldi and Lidl, I’d be f*cking loaded, given how often I write about them. 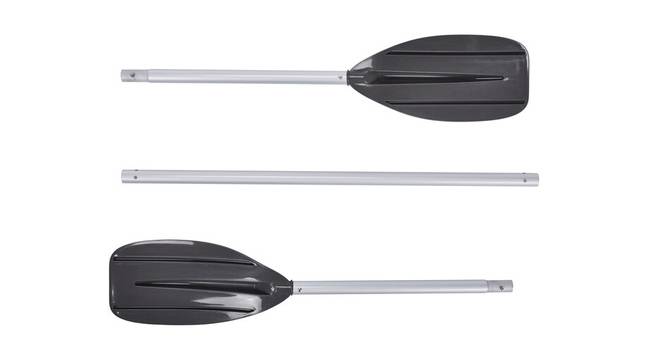 From today (23rd July 2020) you can get your grubby little mitts on the kayak from Lidl in-store, which also comes with an on-board repair kit. You might not need the kit though, as the boat itself is made from robust PVC that’s resistant to salt water, oil, ozone and cold weather.

Furthermore, if this means anything to you, it has a lengthways bar base to keep it stable, as well as a chamber system with safety valves. The paddles that come with the kayak can also be used as canoe paddles, as they can split down the middle, thanks to the clicklock system, which is adjustable by 90 degrees.

Three-metres long when inflated, the kayak can hold 160kg (25 stone), and is very compact when deflated, fitting into a small bag that’s easy to carry around.