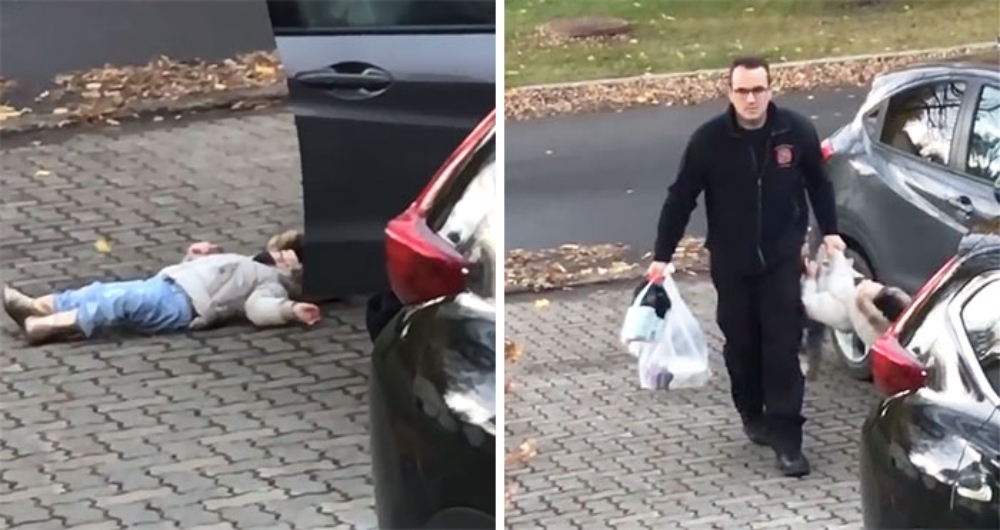 This is the comical scene when a little girl throws tantrum so her dad hilariously carries her home like a duffel bag.

Every parent has a different approach to raising their kids, and this includes how to deal with children who are acting very obstinately. Two-year-old Juliette decided she had had enough of walking for the day which has pleased internet users.

Luckily, her father knew exactly how he would handle her - like a duffel bag. The young child was pulled up in a single fluid movement and carried inside after refusing to leave the driveway.

In the video, a parent in Quebec, Canada, is seen unloading bags from his car in the driveway after picking up his child from kindergarten. However, his small daughter is seen having a tantrum and collapsing to the ground in a heap.

The child's father isn't amused, so he doesn't try to persuade her to come inside. Instead, he thinks of the best way to get her inside.

That little girl throws tantrum so her dad hilariously carries her home like a duffel bag by grabbing hold of her jacket.

As her father drags her inside the house, she can be seen hanging in the air. The young child makes no objections, and her mother, who is filming from inside their home, can be heard giggling at the peculiar scene. 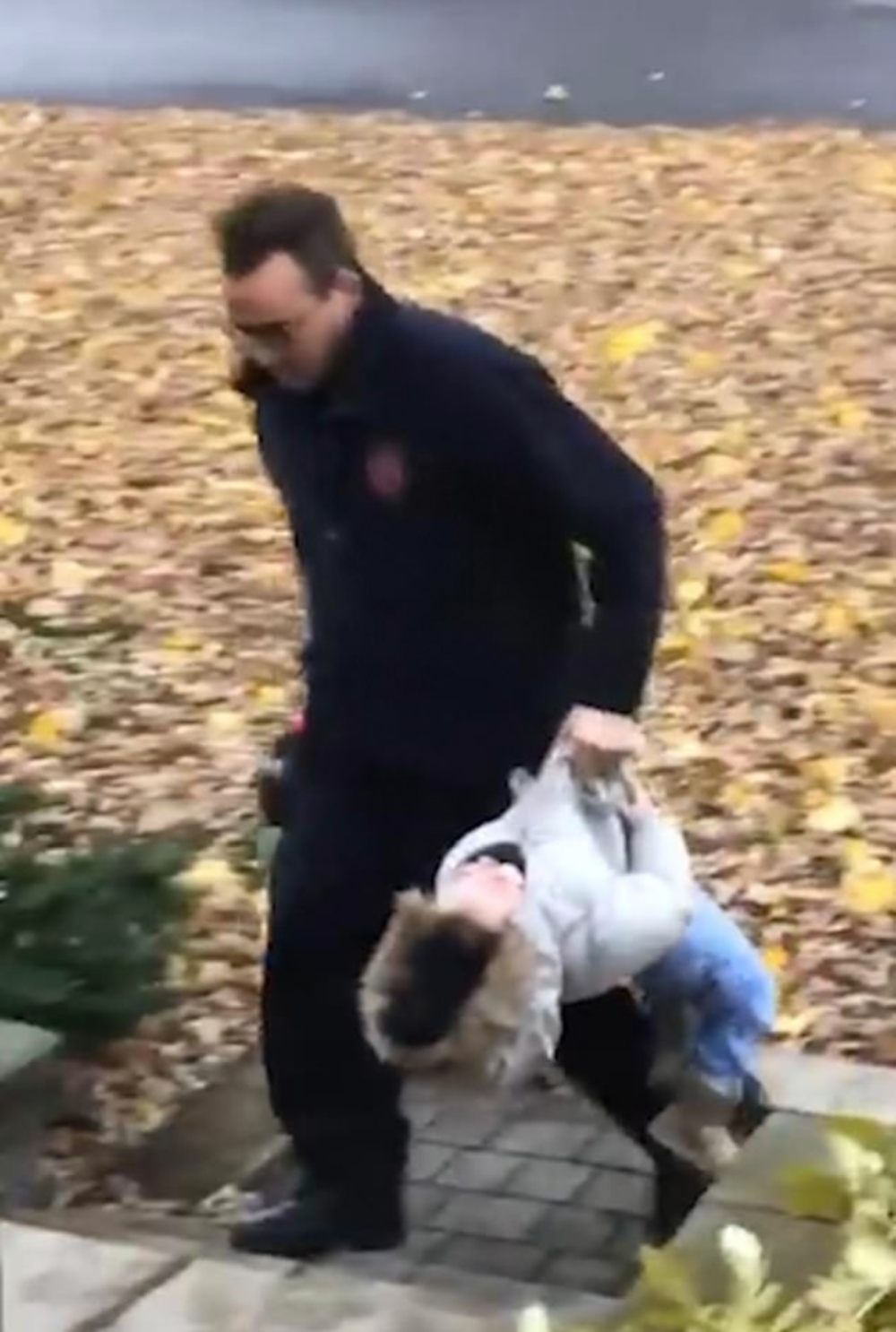 I took this video from home of my boyfriend and our daughter, Juliette, who turned 2-years-old in October. He was getting back from work and her from the kindergarten. She is a little girl who loves to laugh and make other laughs. What's even funnier is that she is more than 3-feet-tall and over 37 pounds heavy and the jacket didn't break. She often does stuff like this and this is just how we love her.

You can watch the video here.

Some parent shared their reviews of this incident. According to Elizabeth McKelvey, "Lmao I have to do this with my kids every night for bed. It's a stressful game to them. They lay themselves out on any flat surface and I have to duffel bag carry them and plop them into their beds. They giggle and laugh like maniacs while I scream internally from the stretching of their pj's. I will do anything to get them in bed and have an hour or two of peace though so whatever works lol."

According to Amber Lee Easterly, "Yep, looks about right! There should be jackets and shirts that are reenforced and have a handle."

Who Was The Kid Whose Father Carried Her Like A Duffel Bag?

She was Juliette, from Canada, whose father carried her like a duffel bag after she started throwing tantrums.

Where Did The Incident In Which The Father Carries Her Daughter Like A Duffel Bag Take Place?

The incident in which the father carries his daughter like a shopping bag took place in Quebec, Canada.

How Old Is Juliette, A Girl Whose Father Carried Her Like A Duffel Bag?

A little girl throws tantrum so her dad hilariously carries her home like a duffel bag. The girl's mother claimed that her daughter is constantly making them laugh with the humorous things that she does.