A man has been spotted during a lockdown protest in North Carolina sporting a rocket launcher whilst buying a sandwich.

It’s easy to make fun of customs in America as you so rarely see other countries with such a penchant for guns, unless they’re run by some sort of militia, but it’s fair to say this guy isn’t a fair reflection on his countrymen.

You almost hope people out there shouting about wanting to get out of this like there being a pandemic going on is someone’s fault catch something, but you shouldn’t really with an illness on people. 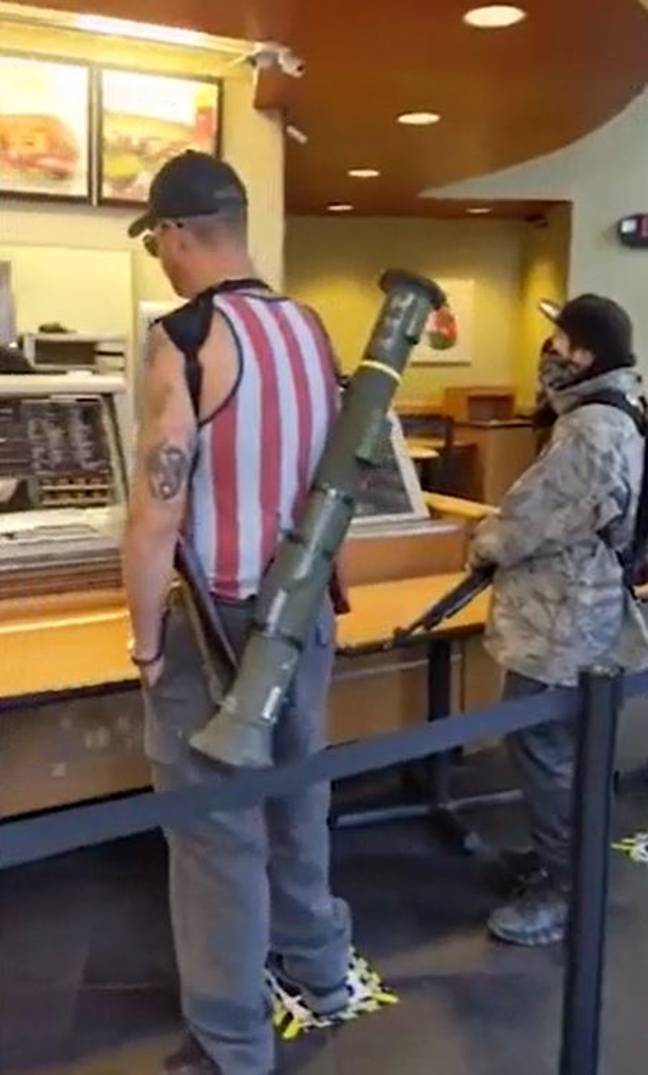 Members of a group called Blue Igloo marched through the streets of Raleigh over the weekend, in a bid to stop North Carolina’s stay-at-home order, but so far people just think they’re idiots.

Various protesters were seen carrying weapons such as handguns, rifles, bats and covering their faces in the process – like the good people there are and to whom we should listen – but one man was spotted with an AT4 rocket launcher over his shoulder.

The pictures were taken by photojournalist Travis Long, who wrote on Twitter:

“A group of about 11 mostly-armed demonstrators protesting the stay at home order marched around downtown Raleigh and ordered sandwiches at a Subway“. 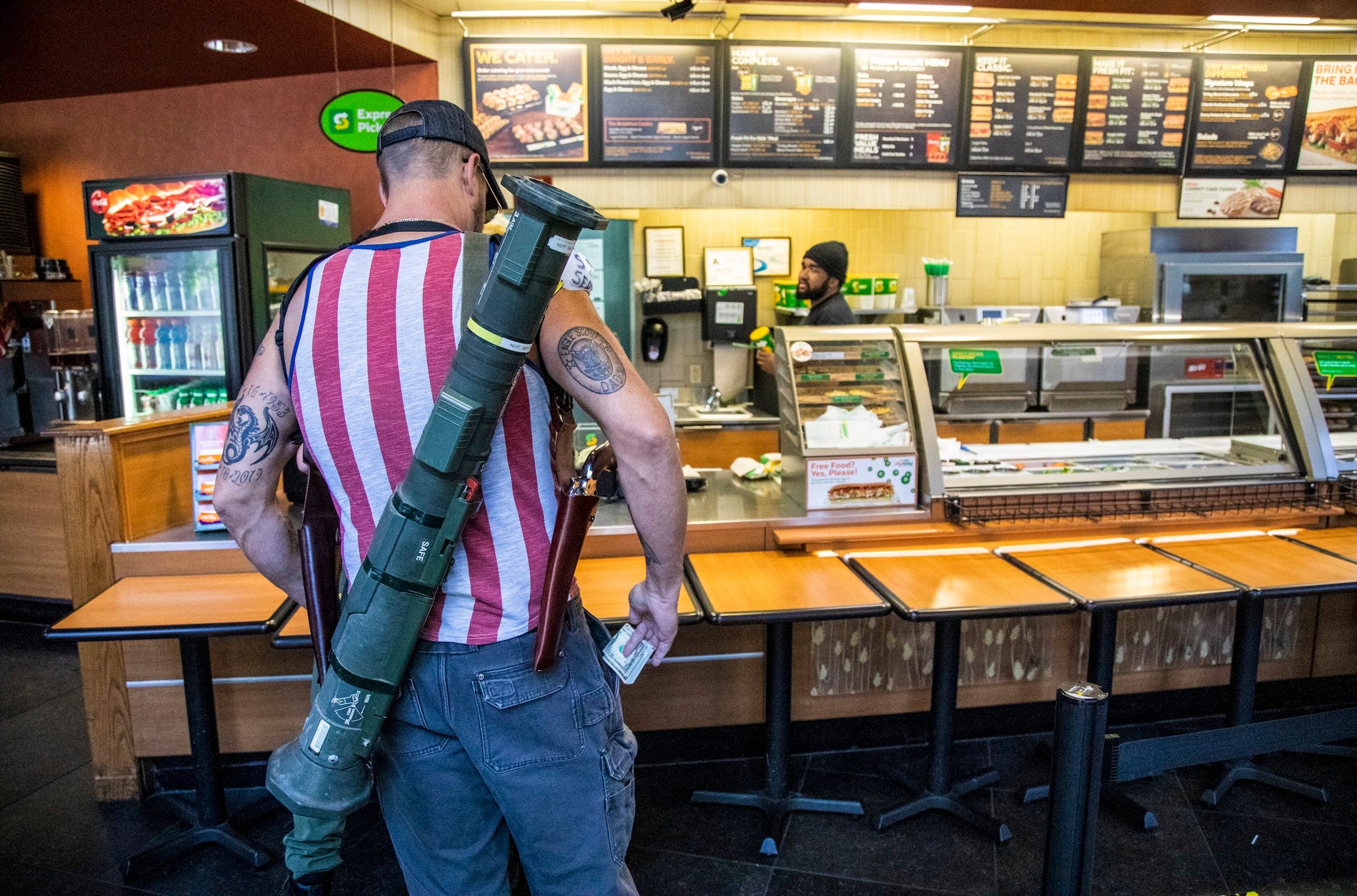 Blue Igloo claimed on its Facebook page that the event was an ‘opportunity for First and Second Amendment supporters to get together, meet people with commonalities and get some exercise while we’re all wasting away at home‘.

Despite the whole palaver with guns and covering their faces, Blue Igloo told The News and Observer that they weren’t protesting, emailing them:

“The walk on Saturday wasn’t a protest, it was a gathering to support our God given freedoms as Americans.

“We headed out for a walk to get some fresh air, sunshine, and some much needed exercise.

“We are a peaceful group, and wish to keep it that way at all costs.

“We aren’t looking for a fight. We in fact, want the opposite. We want to put on a smile, shake some hands, and be friendly.

“An armed society is a polite society“.