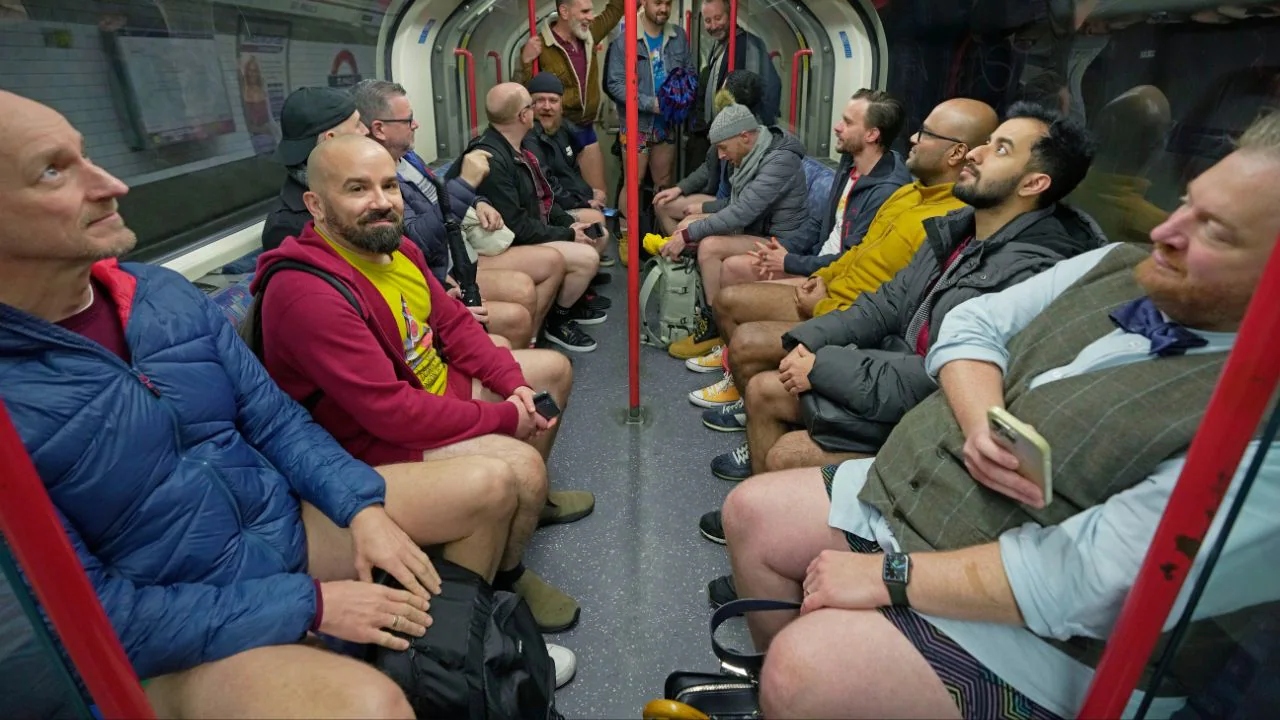 The first "No Pants Subway Ride" took place in New York City in 2002, with seven guys participating. This celebration has since spread throughout the world.

The event was postponed during the epidemic, therefore this year's was the first in two years. Additionally, it was the group's first journey on the Elizabeth line.

Winter warmers were worn when participants first arrived, then they broke up to shed them at various locations across the city.

They strolled across the Paddington concourse, used escalators and ticket machines at stations without wearing pants, and rode the Elizabeth line half-suited and booted.

The Stiff Upper Lip Society, an organization located in London, claimed that the purpose of this year's event was "to make people laugh" and "have fun."

So, Londoners ditch their pants for the first 'No Trousers Tube Ride' event after COVID. Attendees were advised to don amusing underwear, but nothing "that would disturb others."

Improv Everywhere invented the No Pants Subway Ride in 2002. From 2002 to 2020, it happened every January in New York City.

The goal began as a little practical joke among seven friends and developed into an annual festival of absurdity in dozens of locations across the globe.

Not all "No Pants" gatherings have gone as expected. During the fifth annual trip in 2006, eight people were held by the authorities in New York City, which increased media interest in the amusing event.

From 150 to 5,000 people took part in "No Pants" over the course of the following four years, and by 2011, more than 48 locations around the world hosted the yearly event.

The occasion this year was pretty similar to those in the past. Participants disrobed at their various stations and boarded the trains in groups.

"For the remainder of the journey, sit in the Tube as you normally would. Read a magazine or whatever you would normally do," according to the Facebook event.

The idea behind No Pants is simple: Random passengers board a subway car at separate stops in the middle of winter without pants. The participants behave as if they do not know each other, and they all wear winter coats, hats, scarves, and gloves. The only unusual thing is their lack of pants.

On January 8, it was a typical day for London commuters, except that many of them boarded the train in just their underwear. Why might you ask? Because, Londoners ditch their pants for the first 'No Trousers Tube Ride' event.