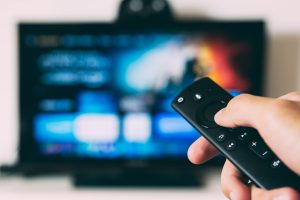 We had television shows before Netflix churned out binge-worthy content by the truckload. They're still around, of course, but things have changed since the first television drama aired in 1928. Sometimes a show is only meant to run for one season — or three. However, since the concept of the TV show really took off after World War II, some TV shows have demonstrated real staying power.

Television is a cutthroat business, and many shows are lucky to make it past season one. It's unusual for a show to be popular enough to withstand casting changes, cultural shifts, and disruptions in the media landscape. These are the longest-running TV shows in history, ranging from daytime soap operas to late-night comedy shows.

Who would have guessed that an animated sitcom starring a family of severely jaundiced, accident-prone oddballs would make it this far? The AVClub has dubbed it "the best animated series of all time, and television's crowning achievement regardless of format." With over 700 episodes in the can, it outlasts any other show.

A lady and man walking in NYPD uniform

If you enjoy a good crime drama, "Law and Order: SVU" is probably on your list of guilty pleasures. It's also the only live-action primetime television show that debuted in the twentieth century and is still on the air. Over the course of over 500 episodes, main character Olivia Benson, played by Mariska Hargitay, has investigated a variety of sex crimes and risen through the ranks of the NYPD's 16th precinct, from detective to captain. Olivia Benson is the longest-running main character in any live-action primetime show thanks to "Law and Order: SVU."

A man holding a gun & a man standing beside him

With 635 episodes, "Gunsmoke" is the longest-running dramatic series in network television history. "Gunsmoke," set in Dodge City, Kansas, during the 1870s, began as a radio program in 1952, moved to television in 1955, and finally ended its 20-year run in 1975.

Americans appear to enjoy animated sitcoms about dysfunctional families. "Family Guy" debuted in 1999, and 20 seasons and nearly 400 episodes later, we're still tuning in to see what kind of mischief a demon baby and an anthropomorphic dog will get themselves into.

A guy and dog watching TV

"Lassie," which aired for 588 episodes, was about a loyal canine companion who rescued her human family from various situations. Lassie was portrayed by nine different male dogs over the years, all descendants of the original Lassie, whose real name was Pal. Throughout the run of the show, Lassie had several owners, the most notable of which were Timmy and Jeff. Lassie, Rin Tin Tin, and Strongheart are the only dogs with stars on the Hollywood Walk of Fame. 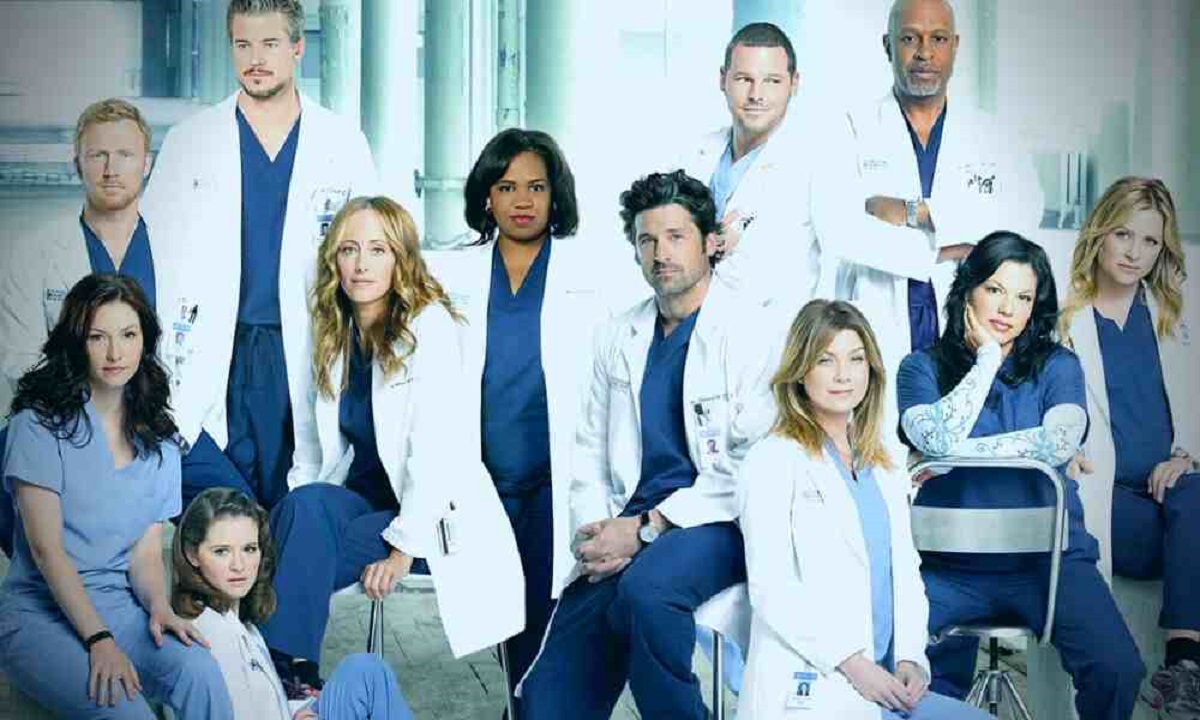 If you've ever received medical advice from someone who isn't a doctor, it's possible they've been watching "Grey's Anatomy" for a couple of decades. It's ABC's longest-running scripted primetime show, premiering in 2003, and it's still one of the most watched shows on broadcast television after all these years.We still can't wait to see what happens when the surgical interns, residents, and attending physicians scrub in after 18 seasons and nearly 400 episodes.

"American Dad!" has served up 18 seasons of the animated family sitcom chuckles that America loves since its debut in 2005. Republican father with a massive chin? Check! Adolescents who are existentially befuddled? Check! Do you have a pet goldfish who believes he is a German elite athlete? Check? Is your alien pet neurotic? You get the picture.

The Guiding Light on CBS aired for a total of 72 years. This drama series aired on television for 57 years and on radio for 15 years. On June 30, 1952, the first episode aired. Despite the fact that it is no longer in production, the show's creators were awarded the Guinness World Record for the longest-running television show of all time.

As one might expect, writers and cast members have moved through the show's seasons. This means that the plot may not be as consistent as the audience would like. The plot, on the other hand, did focus on core families, which will somehow connect each episode. The show's final episode aired on September 18, 2009. 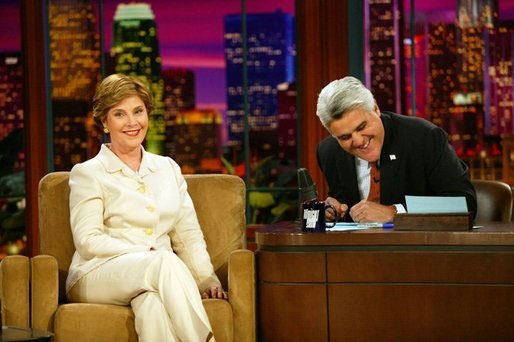 Laura Bush on The Tonight Show with Jay Leno

It may be difficult to believe, but The Tonight Show has been on the air for 66 years and counting. Its first host was Steve Allen in 1954, and it has continued to provide us with jaw-dropping episodes over the years.

Allen was succeeded by equally talented hosts such as Jack Parr, Jay Leno, Johnny Carson, Conan O'Brien, and Jimmy Fallon, who had over 12,000 episodes on the NBC network. Despite a drop in ratings during Fallon's tenure, the show is still making waves as it approaches the historic milestone of 70 years as a television show. 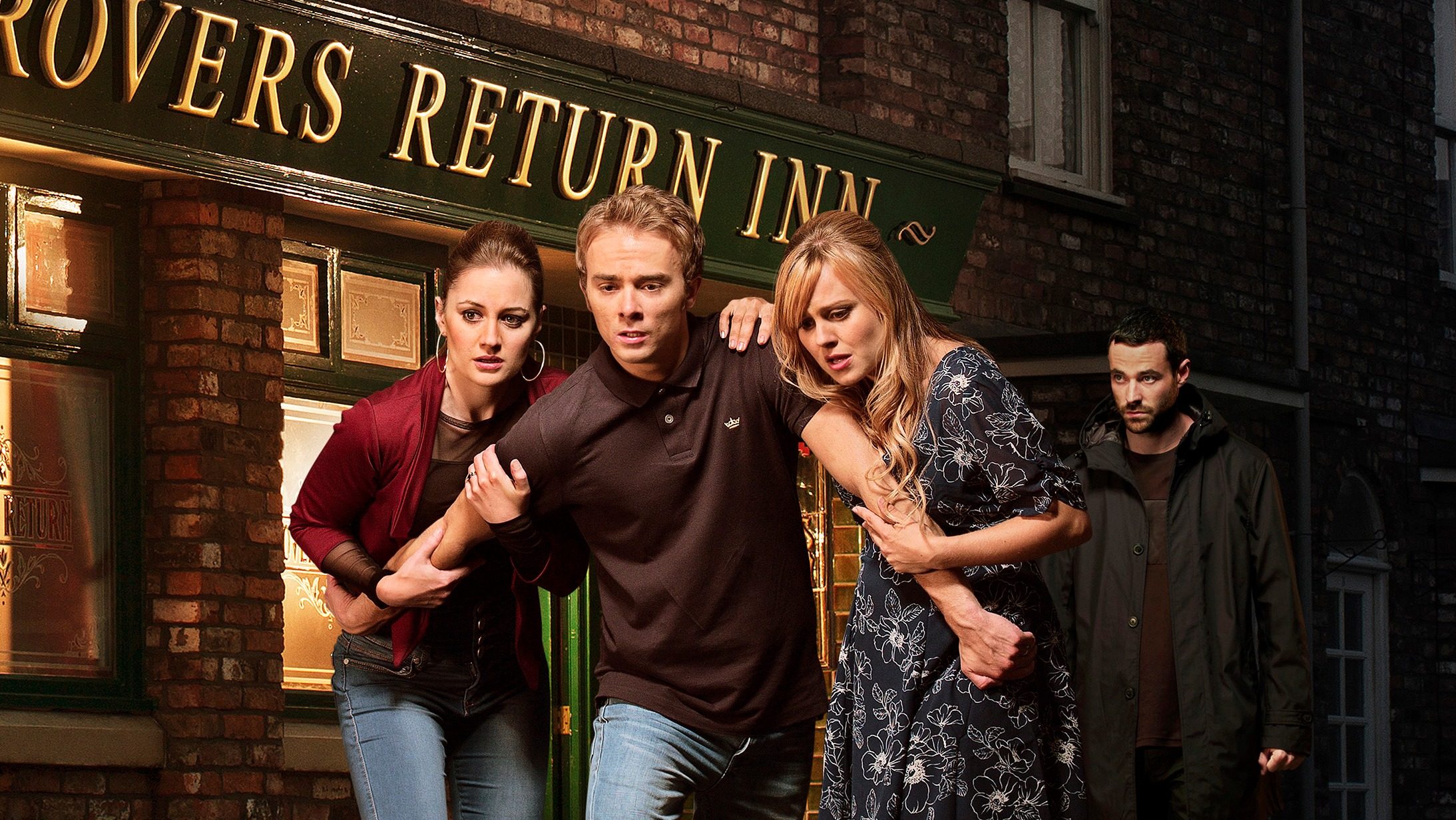 The plot of this soap opera revolves around the lives of the residents of Coronation Street. It's a working-class district in the fictitious town of Wethersfield. With a solid runtime of 60 years, the British TV series is still on high ground for their audiences in the United Kingdom, Canada, the United States, and Australia.

Its first episode aired on December 9, 1960, and the successful and popular soap opera continues to use humor and social commentary in its episodes to this day.Domestic abuse and poverty are among the series' themes. 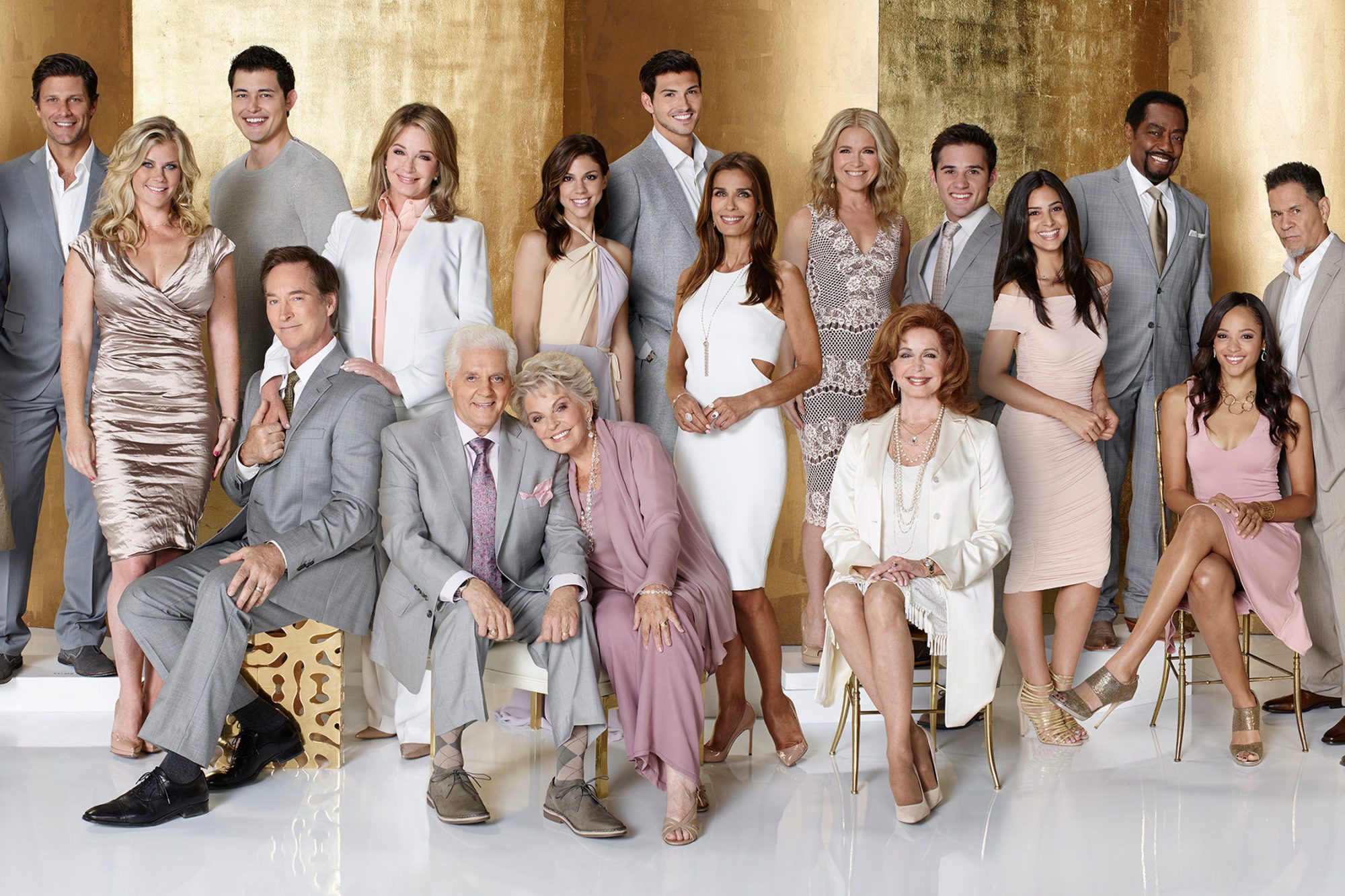 Days Of Our Lives casts

Days of Our Lives, abbreviated as "DOOL," is an NBC daytime soap opera. For over 55 years, the show's cast and production have provided its audience with hilarious but positive outcomes for each of its episodes. The series premiered on November 8, 1965, and its ongoing episodes are still among America's favorites.

There is no denying that Days of Our Lives is one of America's longest-running television shows, as evidenced by its 14,000 episodes. The show is set in Salem and follows the triumphs and tragedies of the Horton, DiMera, Brady, and Hernandez families.

Television broadcasting has evolved over time. Television has always been a part of life, from the very first black and white programming to the colored channels that we now have. Who would have guessed that people would now have access to hundreds of channels and options? You discovered 11 of the longest-running TV shows of all time in this article!