Lost Man Survived At Sea For 24 Days With Ketchup 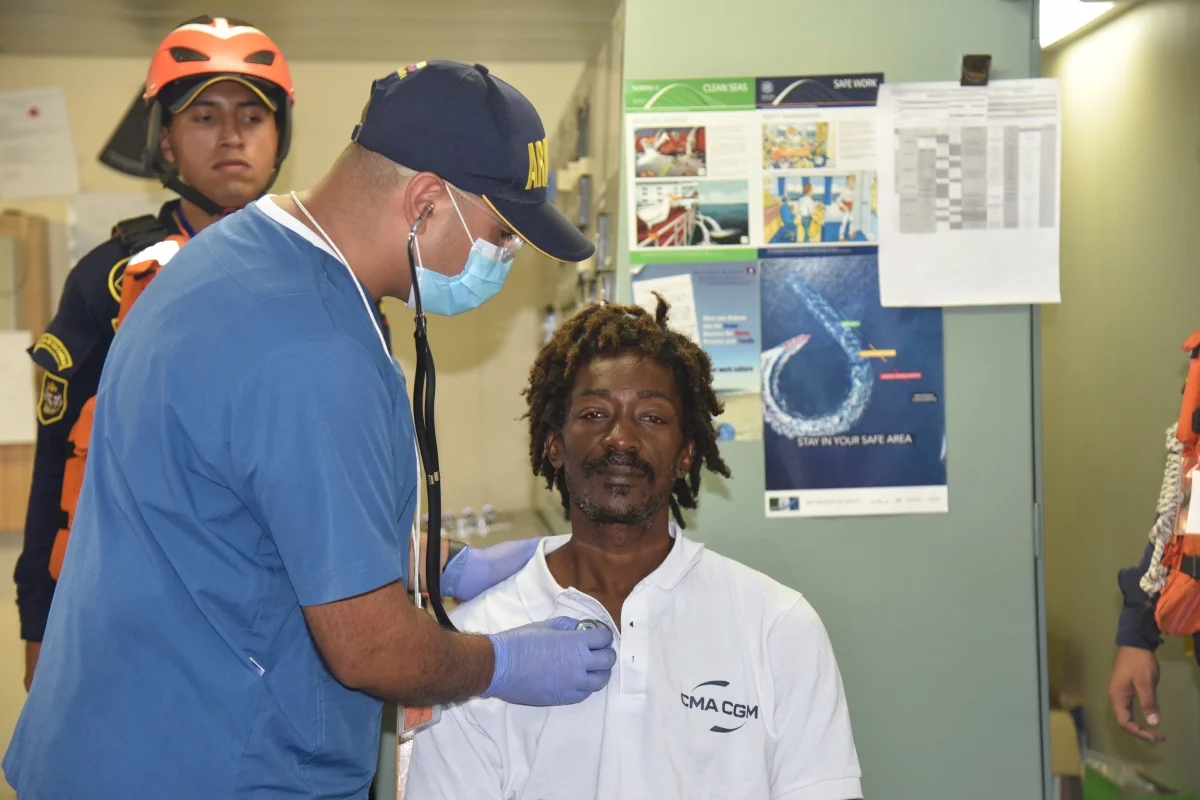 How long could you stay alive if you were lost at sea? The naval authority of Colombia said that the lost man survived at sea for 24 days with ketchup until he was found in Colombian waters.

In an interview video released by the Colombian Navy, Elvis Francois, who is 47 years old, discussed how he spent almost a month without food in the middle of the ocean. That lost man survived at sea for 24 days with ketchup.

I had no food. There was only a bottle of ketchup that was on the boat, garlic powder, and (bouillon cubes) Maggi. So I mixed it up with some water for me to survive 24 days in the sea.

According to AFP, in December 2022, Francois was fixing a sailboat near a harbor on the Dutch Caribbean island of St. Maarten, but bad weather swept him out to sea and he got lost. He tried to call for help on his cell phone, but it lost signal.

"Without having any knowledge of navigation, he was lost and disoriented at sea. His efforts to maneuver the vessel and the equipment on board were to no avail," the statement said.

Francois tried to get help by carving the word "help" into the bottom of his boat. Rescuers found him "120 nautical miles (222 km) north-west of Puerto Bolivar in the northern department of La Guajira."

When he tried sending signals to a plane, it was his last attempt that worked.

"The final days, about the 15th of January, I saw a plane. I had a mirror. I was making some signals," he said, he used the mirror to catch the sun's reflection and draw attention to the plane.

When the aircraft crews saw Francois's signal, they told the Navy. The Navy then sent a merchant ship to save Francois.

They passed over the boat twice so I realized they saw me. He went on to say how thankful he is that the plane crews helped him get out of the water. I am grateful for being alive today because of them.

The 47-year-old man said that whenever he loses hope in a bad situation, especially when he is alone, thinking about his family helps him get his strength back. Doctors checked on Francois when he was found, and he was lucky to be in good health.

"It was very rough. I don’t know how I am alive today but I am alive. And I am grateful for that," he said. After Francois was saved, he was given to the immigration authorities so that he could go back to his own country.

How To Survive Being Stranded At Sea?

Battling ferocious seas? Being stranded without water or fuel? With the help of these tried-and-true survival techniques, reach land unscathed.

Install a plastic tarpaulin on your boat to capture rainfall, drain it into containers, and allow the first raindrops to wash the salt from the canvas.

Use fabric to absorb moisture if you don't have a tarpaulin, then squeeze the wet into containers. Never consume seawater since it will make you sick, hasten dehydration, and cause death.

Take Direction From The Stars

Look for the iconic star pattern known as the Big Dipper or the Plough in the constellation Ursa Major to locate Polaris, the bright star that is close to the north celestial pole.

Draw a line in your mind linking the stars at the "bowl" of the Big Dipper, and then stretch that line five times further to reach Polaris. It is hard to miss because it is the brightest star in Ursa Minor, also known as the Little Dipper.

Calculate the intersection of these two stars, and then draw a perpendicular line from that intersection to the terminus of the Southern Cross. That junction is a reference to the South Pole.

Fish may be drawn to a boat's shadow. Make a bait out of jewelry to draw them in. (Parts of a smartphone can also be used.) As a substitute for fishing lines, sock threads or shoelaces can be used. Keep any leftovers for bait.

To escape boredom, take a deep breath, look for recognizable shapes in the clouds, and keep an eye out for planes and ships. Use a smartphone screen or a pocket mirror to reflect sunlight if you see one. On a sunny day, the signal can be seen up to 10 kilometers away.

Fortunately, small sailboats are simple to refloat when they capsize. Grab the centerboard (keel) and lean back, putting your weight against the centerboard as a lever to flip the boat over. Crawl up onto the flipped hull.

Climb inside once it is upright to bail out the water. It will be more difficult to write a speedboat that has capsized if it lacks a centerboard.

Can You Survive Off Of Just Ketchup?

Yes, you can. As ketchup typically contains sugar, if you consume a lot of it, it could include a significant amount of calories. So even if you survived for weeks on it and water, you would eventually perish from a lack of nutrients like salt, protein, vital minerals, vitamins, and so forth.

What Is The Best Way To Survive In The Sea?

What Is The 4 Priorities During Survival At Sea?

How Long Can You Survive In The Ocean Without A Boat

A person lost at sea without access to food and water is unlikely to live for more than three days.

A lost man survived at sea for 24 days with ketchup. After drifting at sea for 24 days, a 47-year-old man was rescued by the Colombian navy. How did he endure the situation? By consuming bouillon cubes, garlic powder, and ketchup, he said.

Elvis Francois, who is 47 years old and from the Dominican Republic, was found 120 nautical miles northwest of Puerto Bolivar, Colombia, after getting lost because of bad weather, the navy said in a statement.