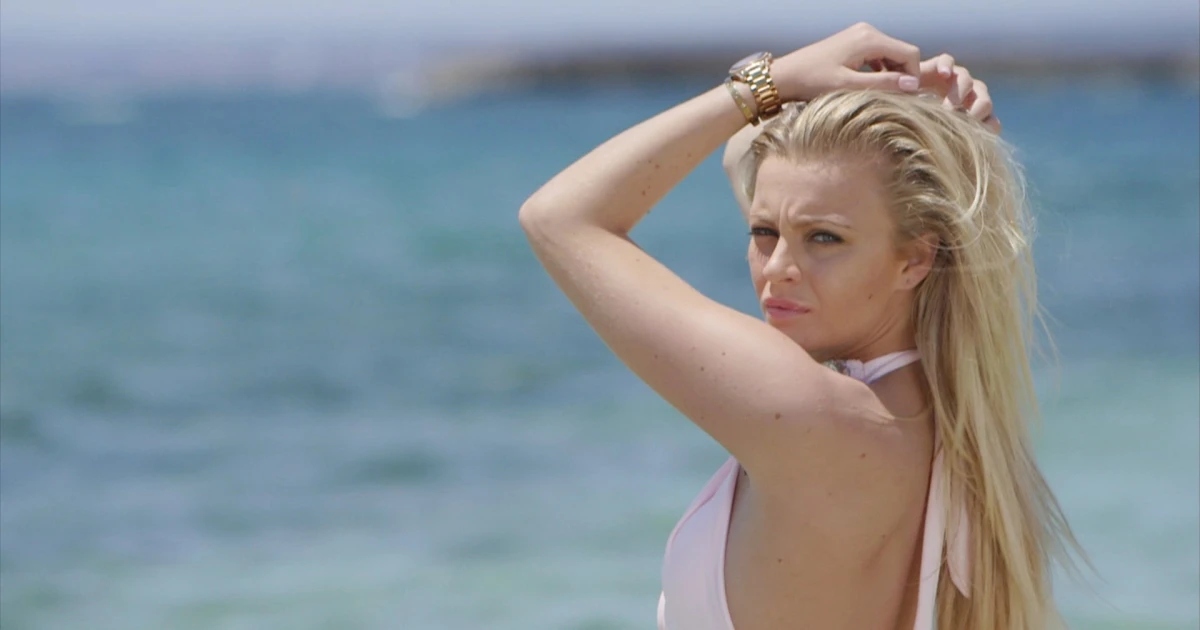 Love Island contestant faces up to five years in jail after being caught with ketamine. Bethany Rogers, who used to be on Love Island, admitted in court that she had ketamine on her in 2019.

Bethany Rogers, a Love Island contestant faces up to five years in jail after being caught with ketamine. The reality star was nabbed with 0.134g of the Class B narcotic in 2019.

She spent one week in the ITV2 villa during the first season of the show in 2015. The 24-year-old admitted guilt while at Bradford magistrates' court.

She made an appearance on the dating show four years ago, entering the villa with Max Morley, but she finished 11th since she couldn't find somebody to date.

Being only 19 years old when she entered the villa on day 14, she quickly clashed with the other female contestants. She later got into a heated altercation with the eventual winner, Jess Hayes, before being evicted on day 21.

If she was found guilty of her most recent charge, she had to face punishments that include up to five years in jail, an infinite fine, or both for drug possession, as well as up to 14 years in prison for drug supply.

Amphetamines, barbiturates, cannabis, codeine, methylphenidate (found in Ritalin), synthetic cannabinoids, and synthetic cathinones are all in the same drug class as ketamine (for example, mephedrone and methoxetamine).

The mother of one from Leeds didn't enter a plea for a different crime because she is also accused of buying an Audi A3 with £16,500 in illegal money.

During a brief hearing at Bradford magistrates' court, she entered a guilty plea. The maximum sentence for possessing the hallucinogen is five years in prison.

As for Audi's A3 case, she hasn't said how she is going to plead. To pay for the car, it is alleged that she "acquired, utilized or had possession of illicit property, specifically £16,500."

Rogers was granted bail in September 2019 and appeared in court in Bradford the following month.

Both veterinarians and medical professionals utilize ketamine as an anesthetic. People occasionally use it illegally to get high.

Ketamine is a dissociative drug, which means it alters several brain chemicals to cause detachment from reality and distortion of vision and hearing.

Ketamine typically arrives as a white or off-white powder when it is sold illegally. It can also be dissolved in a beverage or turned into pills.

Ketamine's potential as a depression treatment is being examined in clinical trials and studies. Early signs point to successful outcomes.

In Which Season Did Bethany Rogers Enter Love Island?

In the first season of the rebooted Love Island series, Bethany Rogers was an Islander.

When Was Bethany Rogers Removed From Love Island?

On Day 14, Bethany checked into the villa, and on Day 21, she was removed from the island.

How Old Was Bethany Rogers When She Entered Love Island?

She was 19 years old at that time.

Love Island contestant faces up to five years in jail after being caught with ketamine. Rogers participated in the first season of Love Island in 2015.

She is likely best known for THAT argument she had with Jessica Hayes.