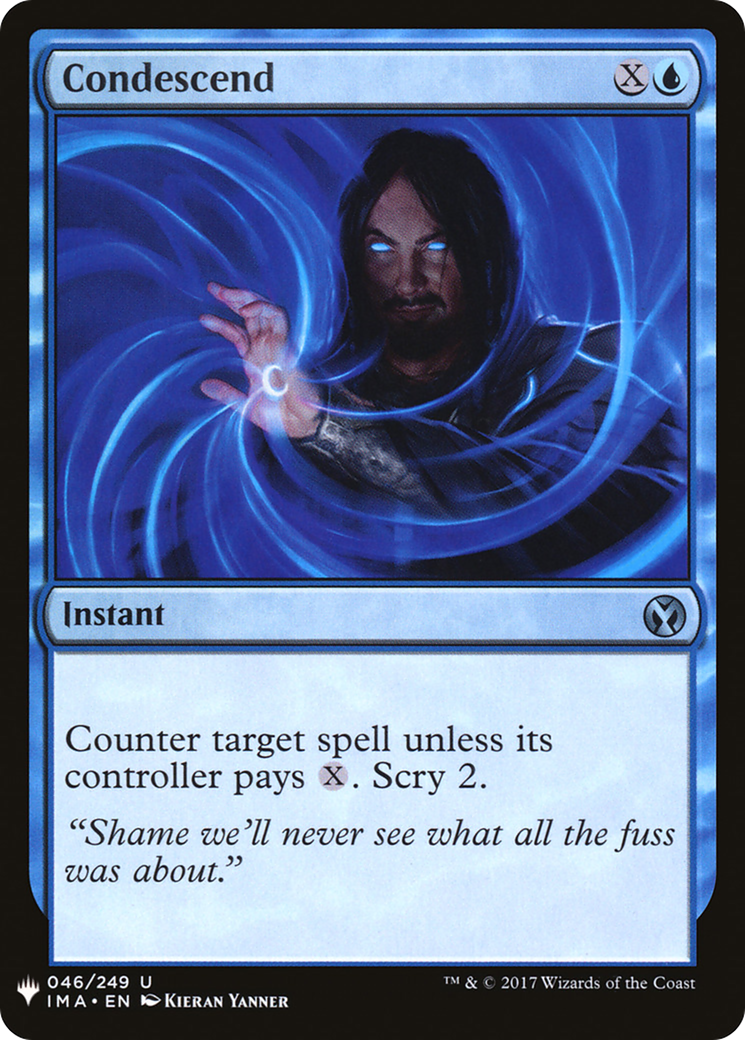 A counterspell reduces the effectiveness of your opponent's spell by exchanging it for whatever they have just placed on the stack in front of you. It is typically an instant because you must be able to play it during either your turn or your opponent's.

Magic The Gathering blue counterspells are usually linked to more control and less chaos than other MTG colors.

Here are some of the powerful Magic The Gathering blue counterspells.

Its casting cost of three colorless and two blue is a bit steep, but you can also cast it by exiling a blue card from your hand and paying one life. So, you can use it early to stop your opponent from putting together a combo or later to stop them from casting a big creature that could win the game.

It grants the ability to counter any type of spell. Force of Will is not legal in all formats, but the MTG community holds it in high regard. It is playable in Commander, Legacy, and Vintage formats. It is an uncommon mythic card that can be used with other cards to make them even better.

The Force of Negation can only be used to negate a non-creature spell. It is a rare card that costs two blue and one colorless to cast. In lieu of paying its mana cost, you may exile a blue card from your hand if you don't use it during your turn. This is excellent, as you will frequently want to cast it during your opponent's turn.

Thus, you can potentially play it on your opponent's second turn or surprise them with a counterspell when they believe you're tapped out. It has a five-star rating from the MTG community and is a rarity.

Players of Magic: The Gathering is like Cryptic Command because it can be used in a wide range of control decks.

It allows you to choose two out of four options. Counter target spell, return target permanent to its owner's hand, tap all creatures your opponent controls, or draw a card. It is somewhat expensive as a counterspell, costing one to three blue to cast, but you would never use it solely as a counterspell.

Yes. If you counter an opponent's counterspell, that counterspell never resolves and has no effect on your creature spell. The stack is used by magic to resolve spells and abilities.

Yes, they are. Counterspells are a powerful and useful effect in Magic: The Gathering.

Why Is Blue So Overpowered MTG?

In Magic: The Gathering, each color has distinct advantages, but blue is king when it comes to control strategies: playing for a long-term victory by manipulating the board. Blue usually does this by drawing more cards and casting counterspells to stop opposing plays as they are played.

Magic The Gathering blue counterspells include Force of Will, Archmage's Charm, Mana Drain, Force of Negation, Cryptic Command, Arcane Denial, Spell Snare, Spell Pierce, and Counterspell and these are some of the most powerful spells.