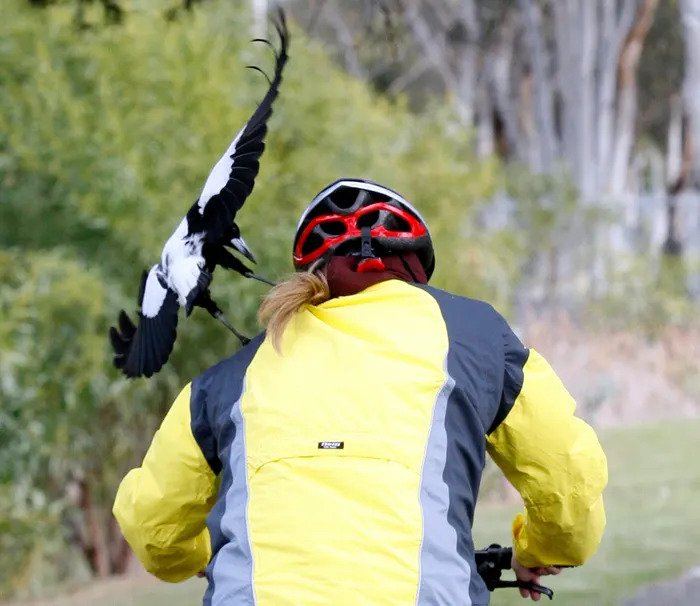 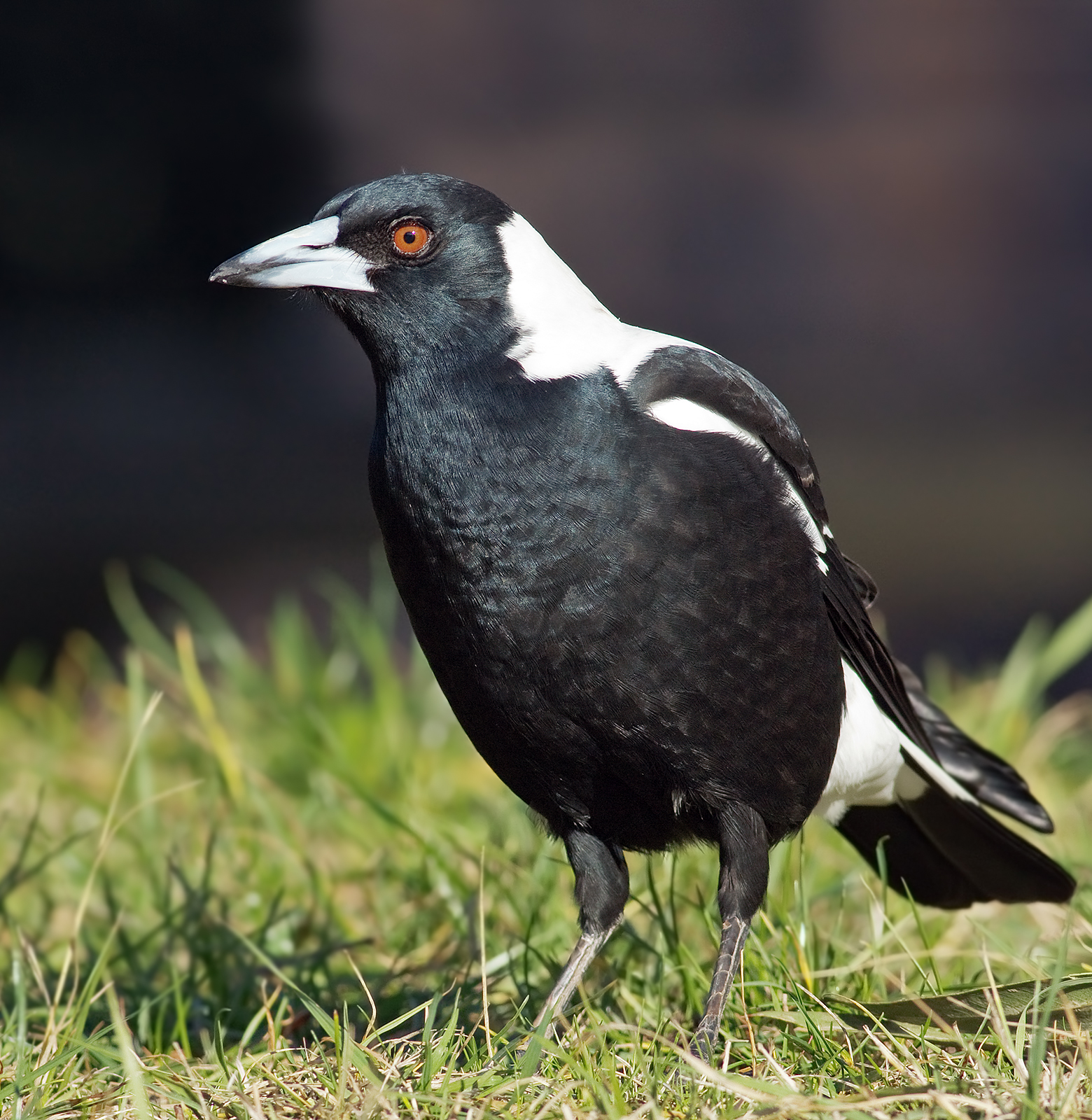 Magbie bird in the grassy ground

With hundreds of magpies swooping in Australia every year, experts say deaths from magpie attacks are extremely rare. Can you avoid a magpie attack as the country approaches another "swooping season," and what should you do if one swoops? Every year, approximately 4500 reports of territorial male magpies swooping in Australia for defending chicks in their nests are received, with the season lasting from July to December and peaking in September.

The death of Mia, a five-month-old girl, brought the hazards of attacking magpie bird to the forefront this week.

According to the internet database Magpie Alert, there have been 110 magpie attacks documented in Queensland this swooping season, 60 in Victoria, and 52 in NSW.

Why Do Magpies Attack In Australia?

The basic answer is that the birds are protecting their young from things they perceive to be a threat. Dr. Guy Castley, an urban ecologist at Griffith University, says there are many stories about the birds being jacked up and the like, but the newest research reveals the birds only swoop when they have chicks in their nest. “When the chicks have hatched, up to when they leave the nest, is when you see the bulk of the swooping behaviour,” Castley says. “It’s the birds responding to things they perceive as threats. That includes humans, dogs, cats, snakes and anything else the magpie decides is a threat to its chicks.”

Magpies are incredibly intelligent like some other birds, and studies have proven that at least some of them can recognize particular humans. They are also one of the most numerous birds in Australia, according to Sean Dooley, national public affairs manager at Birdlife Australia, so the behavior of a tiny percentage may give the impression that all magpies swoop.

“Only 10 percent of the male magpies actually swoop people and the research suggests it is actually a learned behaviour,” Dooley says. “These birds might have had a bad experience with humans in the past, and they remember that and swoop when humans come near their nest.”

Although the birds nest from July to December and can swoop during those months, September is the peak of the"swooping season." Complicating matters is the fact that magpies can breed at any time during those months, and if they have a brood of chicks early in the season, they can have a second one months later.

Are All Magpies Dangerous?

Deaths from magpie attacks are relatively rare, although they do occur. Aside from Mia, a guy died in Wollongong in 2019 after collapsing on his bike while being assaulted by a magpie. Injuries can also be caused by the birds. In 2020, a man and a woman were injured in the eyes by a particularly violent magpie in separate instances in remote Victoria. Scratches to the head, neck, or face caused by the birds' sharp beaks are far more prevalent.

Despite this, magpies have an undeserved reputation for being hostile, according to Castley. “The majority of birds are not aggressive, even the ones that are defending their territory will show restraint, but a few are aggressive, and they cause the trouble,” he explains.

Local municipalities often maintain records of magpie attacks, however, the independent website Magpie Alert aggregates national data based on reader submissions. So far this year, 212 magpie assaults have been documented across Australia, with Queensland recording the most of any state, with 88 reported attacks. Magpies are not the only birds that swoop in Australia; peewees, butcher birds, and plovers do as well, however, Dooley claims that because magpies are more prevalent, the number of incidences is larger. 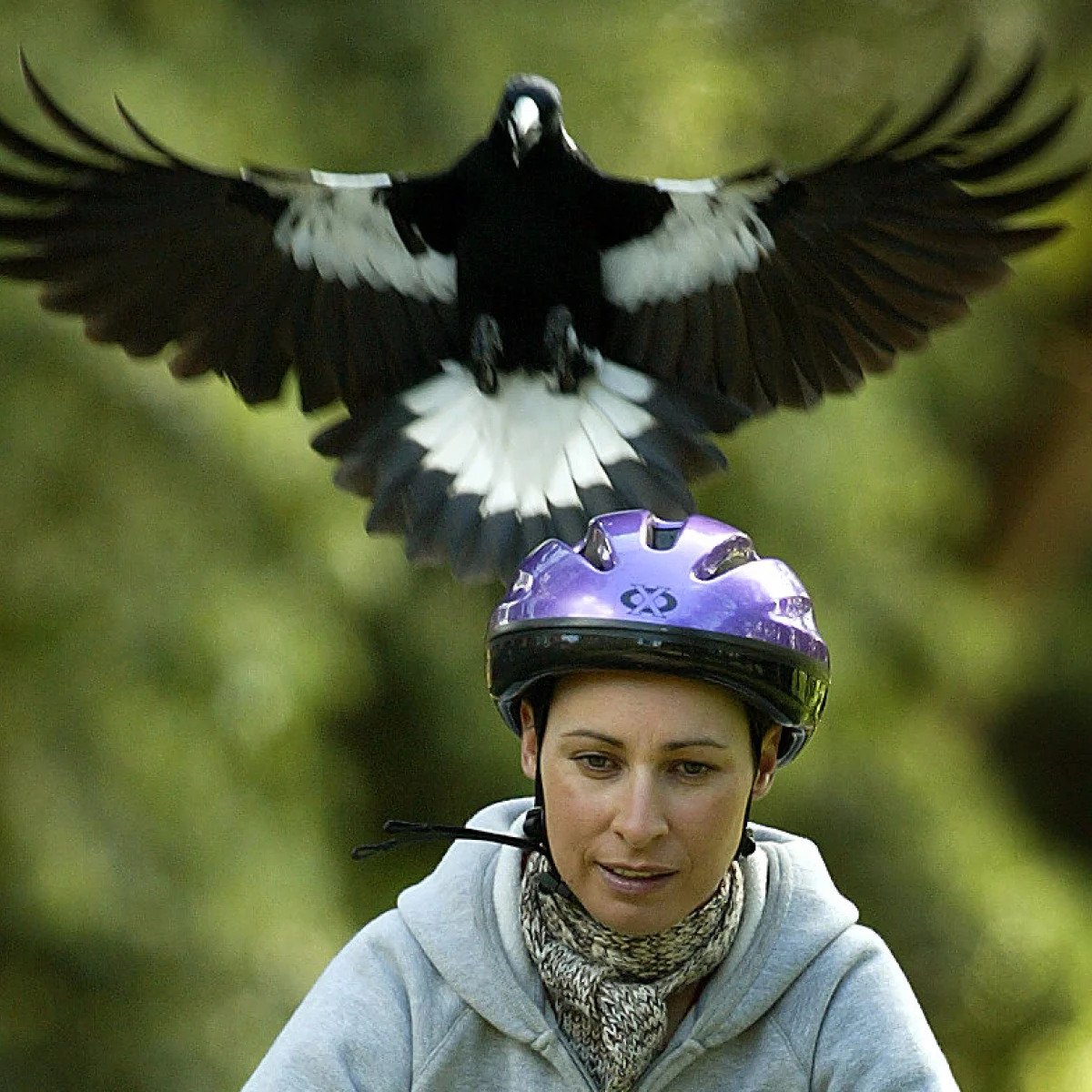 What Should You Do If A Magpie Swoops Down On You?

"It’s almost a rite of passage to be swooped by a magpie in Australia, but it can be terrifying and they can inflict damage. It’s rare but it happens," Dooley concedes. He claims that if a magpie does get you in its sights, the best thing to do is to remain cool, which is tough when an agitated bird is flapping in your face.“Usually they actually don’t try to make contact with you, they’re aiming to scare you off, so they’ll come at you from behind,” Dooley adds.

“Waving your arms around or a stick or something is only going to make the bird more angry, so the best thing to do is walk, not run, away from the area.”Castley recommends just placing your arms over your head to protect it rather than waving them above your head.

“So, walk as fast as you can but don’t run, protect your face, and get out of there as quickly as possible to minimize your risk of injury,” he advises.

How Can You Prevent Being Swooped?

If you know there's a nest nearby, you should avoid it. If you can't avoid regions where there are nests, be aware that bikers are significantly more likely to be attacked than people on foot, and runners are more likely to be attacked than walkers. According to Dooley, this is because the birds see something moving quickly into the proximity of their nest as a considerably greater threat than something moving slowly.

“The birds don’t have time to assess whether someone is a threat if they’re moving too quickly, so they just decide it is and start swooping,” he adds. Castley believes that ploys like placing googly eyes on the rear of your helmet are ineffective, and he agrees with Dooley that having a stick to lash out at the birds will just aggravate them.

“A better bet is something like an umbrella, which can shield you without antagonizing the bird,” Outside of the current circumstance, Dooley believes that playing a long game can help you avoid magpie attacks - at least in your nearby neighborhood. Because the birds can recognize individuals, he believes that going out of your way to make friends with them will ensure that they recognize you as not a threat.

“Obviously it’s a bit impractical to carry some mince in your pocket while you’re out walking or cycling, but if you feed them at your home at other times of the year, they will remember come breeding season,” he says.

Is Anything Being Done To Combat The Problem Of Magpies?

The majority of councils in the country have magpie policies. Brisbane City Council, which oversees the area where baby Mia died, has relocated the magpie suspected of carrying out the attack. It had already posted warning warnings in the park where the bird was nesting after swooping a number of other persons in recent weeks.

The above video is on Reddit and is really getting popular. This is what people have to say about it.

"You can actually make friends with them and they won't attack you anymore. I had some in the trees near my house and evey time someone visited, the magpies would come and sit on the railing to check them out and see if they were a threat or not. Incredibly intelligent birds."

"Bang on with their intelligence!

I love magpies since moving to the country. City magpies are cunts because they have to deal with dickheads on a daily basis. I have a family of magpies that come into my backyard most days and eat from my compost and grass. I have been able to slightly befriend them, and have been able to hand feed a few of them.

You can tell by their eyes how smart they are, always calm and you can see them sussing you out. The different calls they have for situations are fascinating. My favourite thing since moving to the country is hearing their 2am coos, such a lovely chorus of sound!

So yeah in conclusion don't hate the player, hate the game!"

The Wellington Shire Council in Gippsland exterminated the two magpies guilty of attacking people's eyes last year, claiming that the magpie swooping in Australia had acquired harmful behavior and could not be relocated safely. “They’re not bastards, they’re actually really caring parents. We just share the same habitat, and we have to try to find a way to co-exist.” Dooley believes that because magpies are so common in human habitats, it is in both of their best interests to coexist.