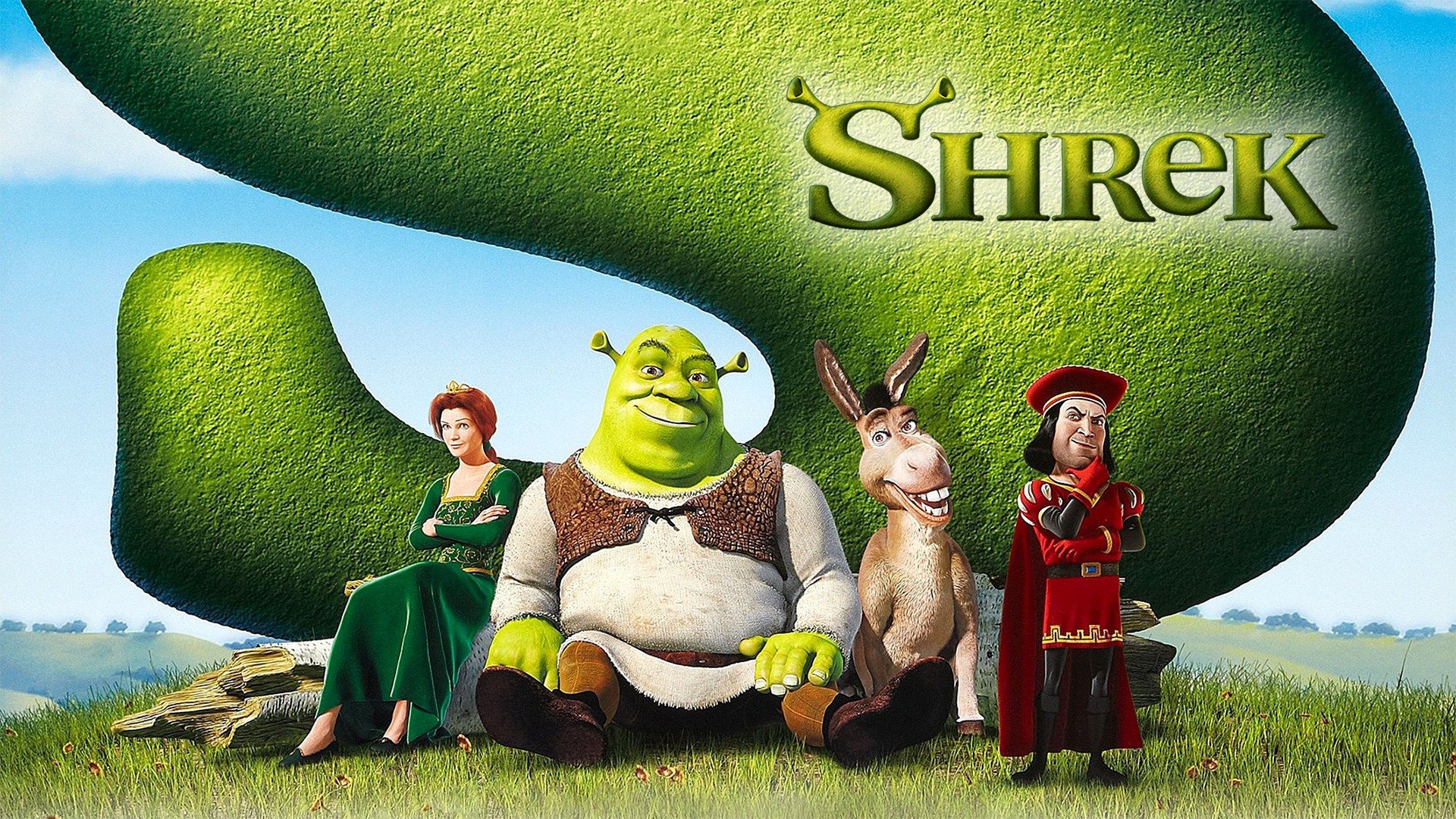 Since the first Shrek came out 21 years ago, its reputation as a cute kids' movie that nods and winks at adult humor has grown, with fans finding more and more funny moments they would have missed the first time around.

Likely, a man points out a dark scene in Shrek and people just went crazy about it.

A man points out a dark scene in Shrek in which the mama bear is dead. But what's so weird about it? Well, here are all the details.

Fans now have to deal with the demise of the minor character Mama Bear after one horrified viewer called it out on Twitter, adding to the shock of Lord Farquaad's, well, delight at seeing Princess Fiona in the mirror.

Through a video they posted, Twitter user @SanadeSweet detailed the terrible timeline of the three bears in the first Shrek movie. The first film depicts Papa and Mama Bear as well as their little child, Baby Bear, being captured in a smaller cage by Farquaad's goons. 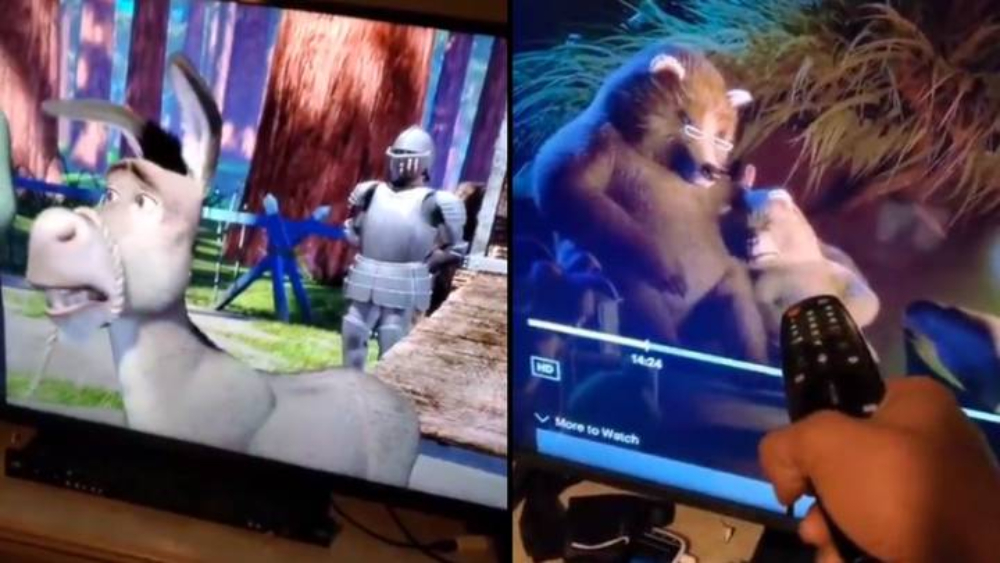 Rope tied around the face of donkey; Father bear and baby bear sobbing in Shrek

A pink bow is fastened to Mama Bear's head. Once again, just Papa Bear and Baby Bear are visible in this clip of the bear family, which is then fast-forwarded to. Even though they seem to be free now, Baby Bear is crying and Papa Bear looks sad as they are huddled together.

Mama Bear is nowhere to be found. Where is she now? The movie is then fast-forwarded once more, and you see a broad shot of one of the castle's apartments. A rug is seen as the camera sweeps across the floor.

It's a well-known rug as well; it appears to be made of bear fur. The bear is obviously dead because its tongue is hanging out, but it has a pink bow on it. Oh no. Yes, it seems like Farquaad's choice to let Papa Bear and Baby Bear go, cost Mama Bear something.

Users expressed horror, with one writing, "You're telling me I used to watch this and have a grand old time? Childhood was DARK". One more wrote, "Oh my god!!!!!! Wtf"

Of course, there were also some who were eager to discover its significance. One person commented,

Shrek is a parody aimed mainly at Disney movies. Walt Disney's mother passed when he was young so that's why there's no mothers in his movies only father figures so when they killed mama bear it's basically referring to that fact. 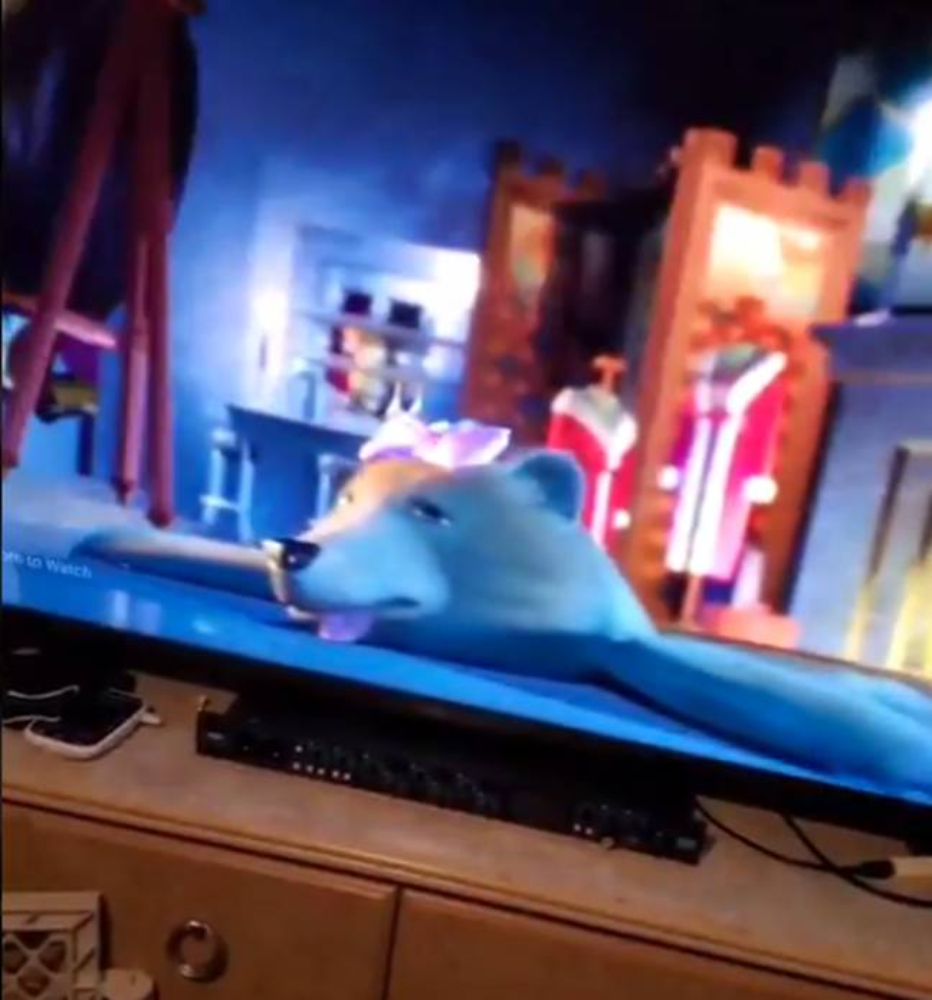 Mama bear with pink bow on her head rug in Shrek

Whatever the cause, it's a stunning finding that only made a lot of people's favorite childhood movies even darker. One scene provided by @kathy martinez05, an eagle-eyed TikTok user back in April, 2021, probably flew way over your mind when you were younger.

In the video, Lord Farquaad is shown lying in bed drinking a martini and requesting from the magic mirror to see a picture of Princess Fiona.

However, if you pay great attention to the bed linens, you'll notice a fleeting bulge that gives the impression that the villain is a little too thrilled about the prospect of her. In all honesty, you're definitely anxious to see what they turn up next.

Some Other Facts That You Have Definitely Missed About Shrek

The Shrek franchise is one of the best because of its contemporary humor and countless pop culture allusions. The first film debuted in theaters in 2001 and soon established itself as a favorite among viewers of all ages thanks to its original brand of humor for both animated and fantasy films.

Since then, due to its success, there have been three sequels, a spin-off picture, two Christmas specials, a TV series, and countless short films, not to mention a ton of toys, books, clothing, and other products.

Who would have thought that approaching a pretty straightforward fairytale plot in such a contemporary, unusual way would create an empire of success? However, this article is not discussing the huge franchise that Shrek has developed.

Instead, it'll focus on the original film that got everything started (though Shrek 2 is included as well because it ranks right up there with the original in terms of inventiveness).

Despite Shrek's apparent comedy, there are a surprising number of in-jokes and references that are simple to overlook. There are also a lot of unanswered questions and obscure facts concerning the franchise in general.

You're going to look into it all because there's no better way to celebrate the movies you adore.

Shrek's Very First Line Might Include An Implied Curse Word

Shrek appears in the first scene, leaving the bathroom and exclaiming, "What a load of ..." The last word has been changed to a toilet flush, which makes it very clear what was meant to be said.

Even while kids might not immediately assume that the flushing sound is filtering profanity, they can still enjoy the restroom humor.

Donkey Changes A Popular Movie Quote To Make It About Shrek

The combat comedy "Stripes" from 1981 popularized the phrase "a lean, mean, fighting machine," although it has now become somewhat of a cliché.

Donkey alters the phrase by referring to the ogre as "a mean, green, fighting machine" to more accurately describe Shrek. 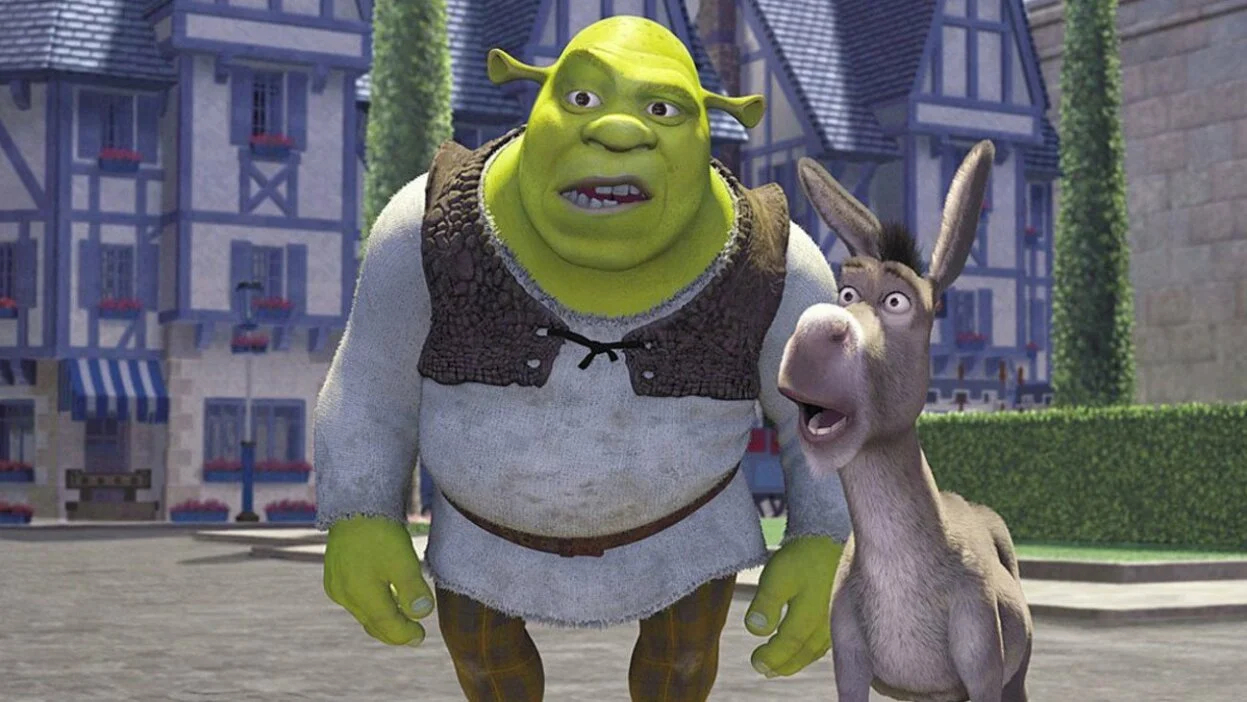 Donkey and Shrek with their surprised faces in Shrek animated movie

When the fairy-tale creatures appear in Shrek's swamp, viewers are treated to scenes featuring numerous well-known characters, including Tinkerbell, the bears from "Goldilocks and the Three Bears," and the Fairy Godmothers from "Sleeping Beauty."

In allusion to his classic character, the wolf from "Little Red Riding Hood" not only appears in this scene but is also shown lying in a bed while wearing a grandmother's outfit.

The wolf disguises himself in the clothing in the fairy tale to deceive Little Red Riding Hood, but in "Shrek," it appears that he has simply grown fond of them. When you meet the wolf again during Shrek and Fiona's wedding at the conclusion of the film, he is still donning the grandmother's clothes.

When Shrek first sees Lord Farquaad's massive castle, he remarks to Donkey that "maybe he's making up for something." The intended joke here is probably beyond the comprehension of the majority of children watching, but judging by the tilt of his bewildered head, Donkey didn't get it either.

In a later scene in the film, Donkey tries to tell Princess Fiona what Shrek said, saying, "Shrek thinks that Farquaad is compensating for something, which I think means he has a really ...."

Donkey is interrupted by Shrek before he can finish, although it is obvious that Donkey has caught on to the humor at this point. Perhaps during their travel, Shrek told Donkey about his remark.

Why Is The Town In Shrek Called Duloc?

It appears that Duloc is a satire of Disney theme parks. The country of Duloc seems to have been based on the enchanted kingdom from Disney.

Did You Know Shrek Facts?

What Is The Story Behind Shrek?

After their swamp is overrun, Shrek, an enraged, reclusive ogre, embarks on an epic quest with Donkey, his sidekick. In order to finish their mission, they have to make a deal with a mean lord. If Shrek saves Princess Fiona, whom the nobleman wants to marry, he will get his house back.

A man points out a dark scene in Shrek and that will definitely make you go crazy because as a child you have never ever noticed it. Above are some amazing details about Shrek that will blow your mind and you'll never watch Shrek in the same manner again, that much is certain.