A man has transformed his staircase into a wine cellar and if that’s not a good use of one’s lockdown time, then I don’t know what is.

Around 4 o’clock every day, I get an unquenchable thirst. One that can can only be satiated with a crisp tinny or, at a push, a gin and tonic. I’ve put that down to alcoholism really, and while I try to ignore it, most days I fail.

Hope my mum doesn’t read this one.

Anyway, I’m running out of places to stock alcohol since, in a way, there’s never enough. Luckily, as one man found out, you can have a staircase wine cellar.

That one man is Murray Berrill who’s had bright ideas like this more than once, as he thought up the name for his company, Murray Berrill Constructions. 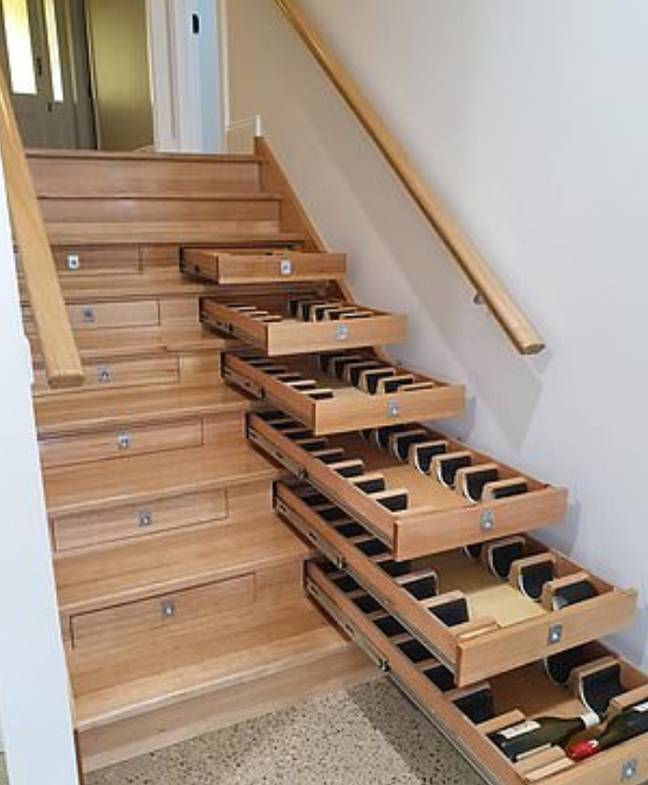 Murray spent all of an estimated $5,000 AUD (£2,500) on his new cellar stair case, as he bought the drawers from Bunnings (basically the Australian version of Homebase or B&Q, except with sausages).

Murray, from Bendigo, Victoria, says he can store 156 bottles of wine in his stairs (which is a weird thing to say) and they’re kept at the optimum condition as the stairs are insulated and have a built in thermometer.

58-year-old Murray even went a step further, saying that he might add a refrigerated unit to the stairs, perhaps for white, rose, bubbly or beer. What a set of stairs they are. 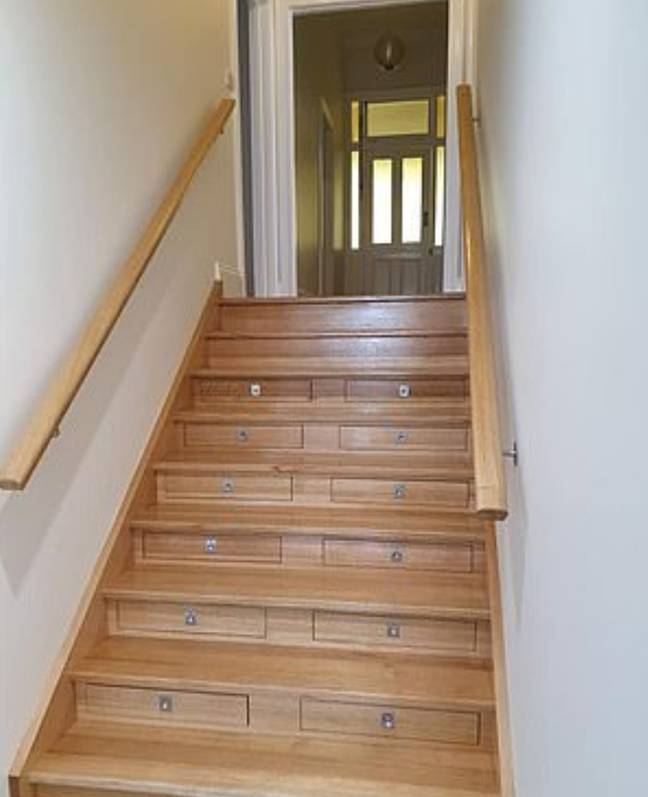 Speaking to The Daily Mail, he said:

“I hate dead space when renovating a house, as you’re essentially paying for nothing. So we thought of putting the wine in drawers in the staircase rather than behind it.

“The drawers are a wide width and are very strong – we spent around $500 (£250) at Bunnings just on the drawers alone.

“We had to work out how all the bottles were going to fit and make sure the entire design was strong enough“.

It’s a nifty idea, that’s for sure, but I just know that if I had something like this, I would forever be forgetting to stock it.

And then I’d have empty stairs, like some kind of empty-staired loser.

God I’ll just get another fridge or something.