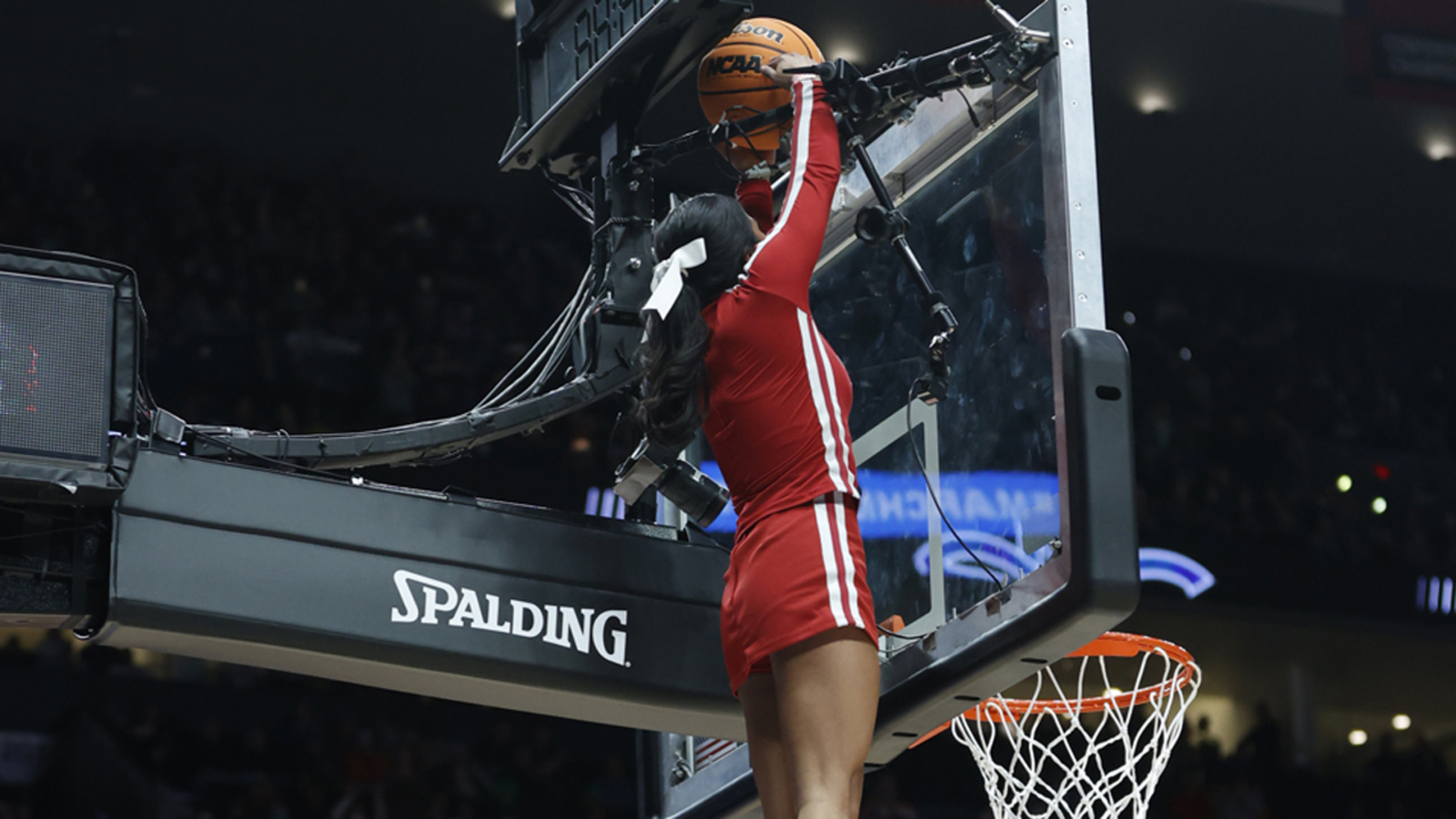 The March Madness Cheerleader Saves Game is probably the highlight of the night when they recover the ball stuck on the backboard during the first round of the 2022 NCAA Tournament versus the Saint Mary's Gaels at Moda Center in Bloomington, Ind.

When The Courageous Cheerleader Saves The Game

Early in the second half, with Saint Mary's leading 45-29, the ball became lodged in the net. A referee stepped on a folding chair and attempted to poke the ball loose with a mop, but he was unable to do so due to the height of the chair. In fact, the athletes offered to climb the chair to get it, but the referee refused, saying he didn't want anyone injured in the process. He couldn't even get his hands on the ball when he tried to grab it himself.

But now, Indiana's courageous cheerleaders are here to save the day. A cheerleader Nathan Paris lifted teammate Cassidy Cerny 13 feet into the air to recover the ball, rescuing them from defeat and resulting in the first viral video of the tournament.

“They kept trying different ways and nothing really was working, And so all of us kind of looked at each other and our captain, Ethan, (said), 'We need the tallest guy to lift somebody up to see if we can get to the top of the backboard.' He added "So, I'm one of the tallest on the team, so I grabbed Cassidy and said, 'Maybe this’ll work,'" he said.

A roar of delight emerged from the audience as Cerny knocked the ball loose from a camera setup on top of the backboard. Paris mentioned: "As cheerleaders, we’re always looking for a reaction from the crowd, so for us to be doing something that gets that kind of reaction is kind of a once-in-a-lifetime thing."

Cerny and Paris were interviewed by TMZ Sports a few hours after their stunt. The video tells as Cerny tries to remove the ball and Paris delicately lowers her to the ground, the crowd erupts in applause. On YouTube, a video of the maneuver has already received over 700,000 views.

An integral part of the Indiana University athletics department, the cheerleading squad serves to energize the crowd, spread school pride, and offer moral support to the university's competing teams and student-athletes. Members of the Indiana University cheerleading squad must meet certain academic, behavioral, health, and appearance requirements as well as expectations put on them as ambassadors of the university and the Department of Intercollegiate Athletics. IU Cheerleaders are not considered student-athletes by the university.

Many students are inspired to join as cheerleaders at Indiana University after watching March Madness cheerleaders save the game. As a result, the author has done research into the university's prerequisites for being an IU Cheerleader.

1. Applicant must be an undergraduate student (12 hours minimum) enrolled on the IU Bloomington campus throughout both semesters of the competition year.

2. To be considered, a current Indiana University student must have a cumulative grade point average of at least 2.000 (no rounding up).

Applicants must submit an application form, a medical history questionnaire, a physical examination, and proof of medical insurance (student-athlete insurance form) along with a photocopy of their health insurance and prescription medicine card(s). To be eligible for Selection Weekend, forms must be received on time.

The following are some of the most common injuries that can occur in competitive cheerleading: Muscle strains in the hip, lower back, and legs, sprains of the ligaments of the knees and ankles, and injuries to the fingers and hands.

The following are some of the more serious, and often season-ending, injuries: Back and neck fractures, as well as those of the spine, shoulder and elbow dislocations.

Cheerleading injuries have a variety of causes such as:

What Is The Meaning Of March Madness

The NCAA Division I men's basketball tournament is a seven-round single-elimination tournament in which 68 teams play for the national championship. The Final Four is the penultimate round, in which only four teams remain.

Unfortunately, the Hoosiers' victory was not secured as a result of the cheerleaders' performance. As a result, Saint Mary's won 82-53 and progressed to the second round of the NCAA tournament. However, the appreciation and chanting from all the people in the arena is something that is a winning moment for the Indiana Hoosiers.