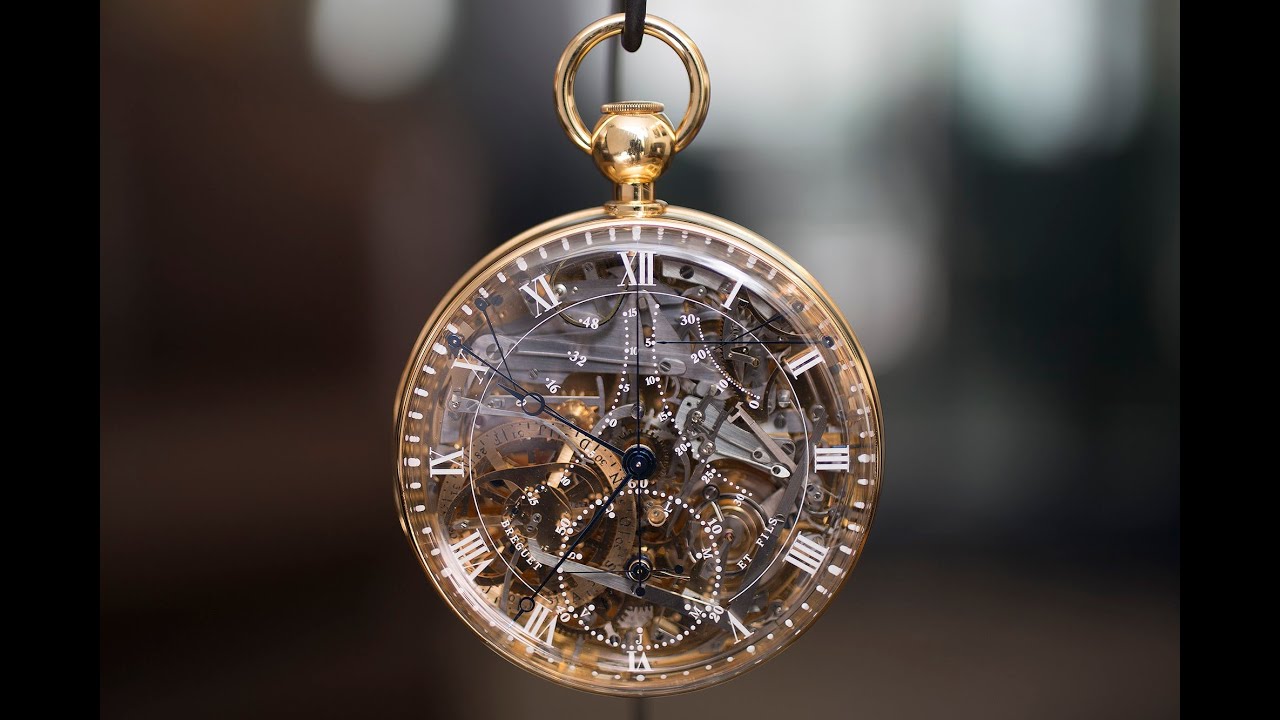 Marie Antoinette pocket watch - This watch, also known as the Queen's watch, was designed by Swiss watchmaker Abraham-Louis Breguet and was his 160th watch. It is the most complex of the Breguet watches. It has been referred to as "poetry in clockwork."

Marie-Antoinette is said to have been attracted by Breguet's timepieces, and she eventually purchased a number of them over the course of her life, including a perpétuelle equipped with a self-winding device. In 1783, a secret admirer of hers placed an order with Breguet for a watch that would be as stunning as possible, combining the widest spectrum of horological knowledge available at the time. The watch was to be given to the Queen as a present.

Specifically, the instruction stated that gold should be used in place of other metals wherever possible and that auxiliary mechanisms, often referred to as complexities, should be as numerous and varied as possible. There were no time or money restrictions imposed. The Marie Antoinette pocket watch is said to have been commissioned in 1783 by the Swedish count Axel von Fersen the Younger. The construction of the watch began in 1783 and was completed in 1802.

The watch is a significant story aspect in Allen Kurzweil's novel The Grand Complication, which is set in the future. 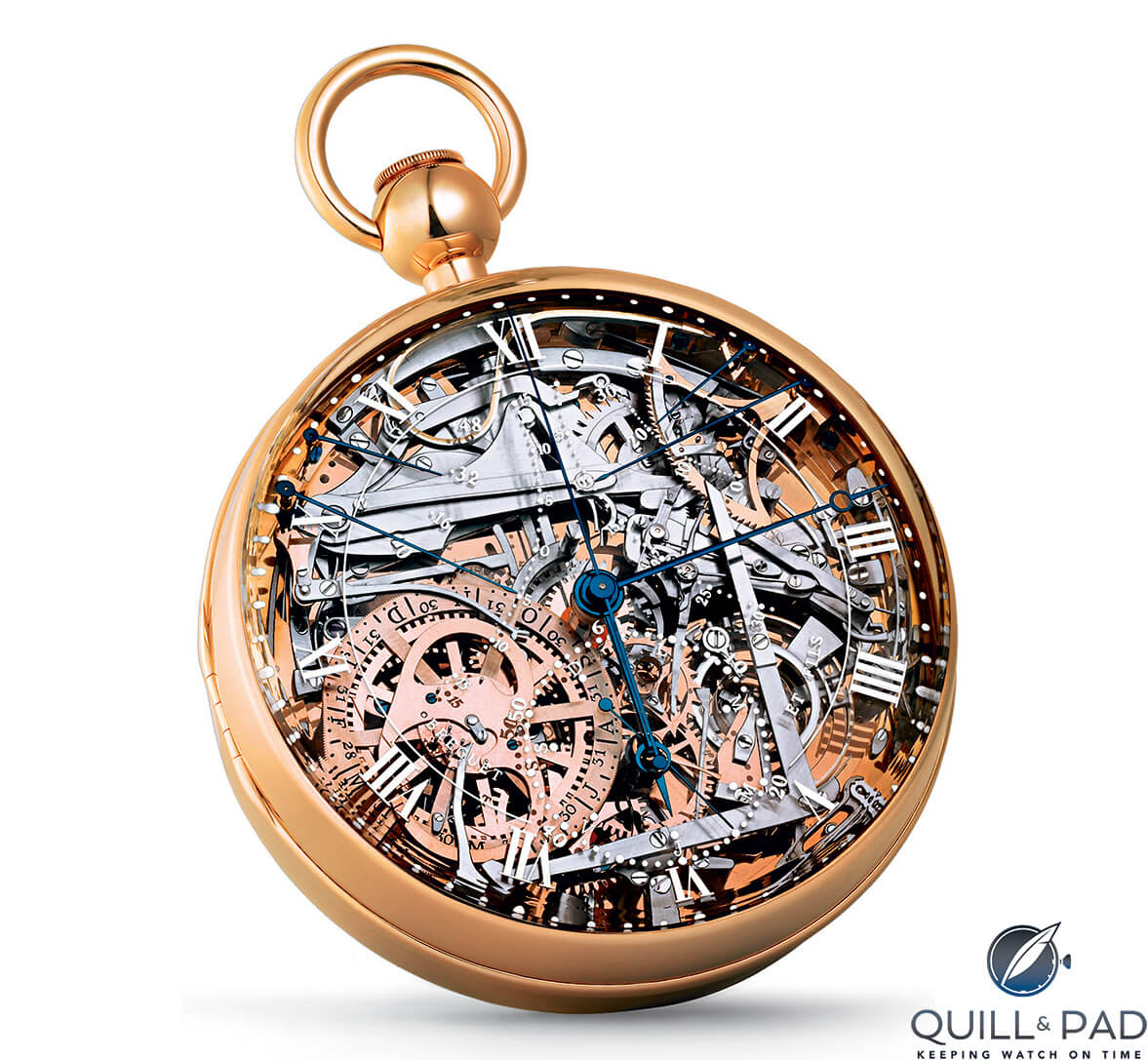 An unnamed lover of the French Queen, Marie Antoinette, is thought to have commissioned the watch in 1783 when it was first displayed in Paris. It took nineteen years to complete the task at hand. Marie Antoinette did not live to see the completion of the watch, which was completed nine years after she was executed by the firing squad.

During Breguet's exile, the factory's operations were halted for approximately seven years (1789–1795). It was completed in 1802 after many years of work. The "Marie Antoinette" remained in the custody of the Breguet firm until it was sold to Sir Spencer Brunton in 1887, after which it was acquired by Sir David Lionel Salomons, a leading expert on Breguet watches, in the 1920s.

On April 17, 1983, it was taken from the L.A. Mayer Institute for Islamic Art Museum, together with more than 100 other unique watches from Salomons' collection, which was also stolen. The theft went unexplained for 23 years until the authorities were tipped off by people who claimed to have been seen pieces from the collection during that time period.

It was later discovered that expert thief Na'aman Diller had conducted the crime, concealing the watches in safes across the world, including the United States, European countries, and Israel. Diller's wife attempted to resell the stolen watches and clocks in 2004, following his death in 2003. She was apprehended and sentenced to five years probation for accepting stolen property.

Where Is The Marie Antoinette Watch Kept?

There are 823 components in total in the watch, and it was intended to include every watch function known at the time, including the following features:

Even by the standards of the time, it was a prohibitively expensive piece of art. The most costly materials (including gold, platinum, rubies, and sapphires) were used, and there were no restrictions on the amount of time or money spent on them. The watch is covered in gold and has a transparent face that allows the wearer to see the intricate movement of the gears inside. Breguet employed sapphires in the mechanism to reduce friction and noise levels.

According to Breguet company records, the factory costs eventually amounted to a gigantic figure of 30,000 francs. More than six times the price of Breguet's other important work, No. 92, which was sold to the Duc de Preslin for 4800 francs, this painting represents a significant investment. 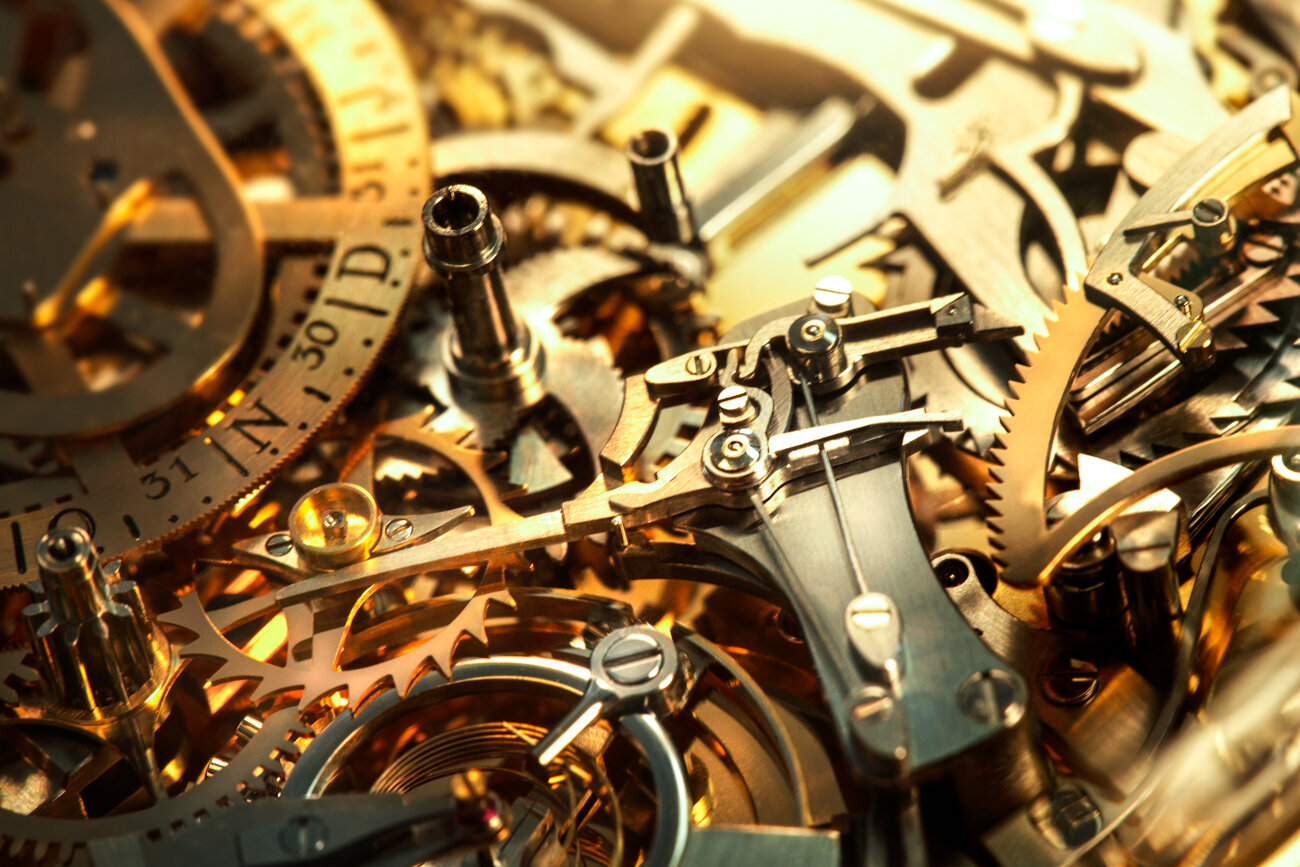 A close up shot of Marie Antoinette pocket watch set

Swatch chairman Nicolas Hayek encouraged Breguet watchmakers to create a replica of the timepiece, which was completed in 2005 with the help of Hayek. The watch was finished after three years and shown to the public in an oak case constructed from the wood of Marie-favorite Antoinette's tree in France, which had been specially commissioned for the occasion.

"Quite possibly the most anxiety inducing piece of mechanics I’ve seen ina while. Thanks!"

"I had a Casio watch back in the day that could light up in the dark,cost about 15 bucks.Can this one do that?I didn't think so, advantage Casio.:-P"

"Incredible. The amount of work to fabricate every single piece by hand to this level blows my mind."

It looks like a scene from a Sherlock Holmes novel appears to have been ripped straight from the pages: Unknown to the wearer, Marie Antoinette pocket watch, a watch that was created over decades for a Queen is taken by an international jewel thief and thought to have been sold on the black market before it is ever seen again. It miraculously reappears in a residence only a few miles away from where it was last seen, a quarter of a century after it went missing.

If you enjoyed this article, click here for more interesting information.