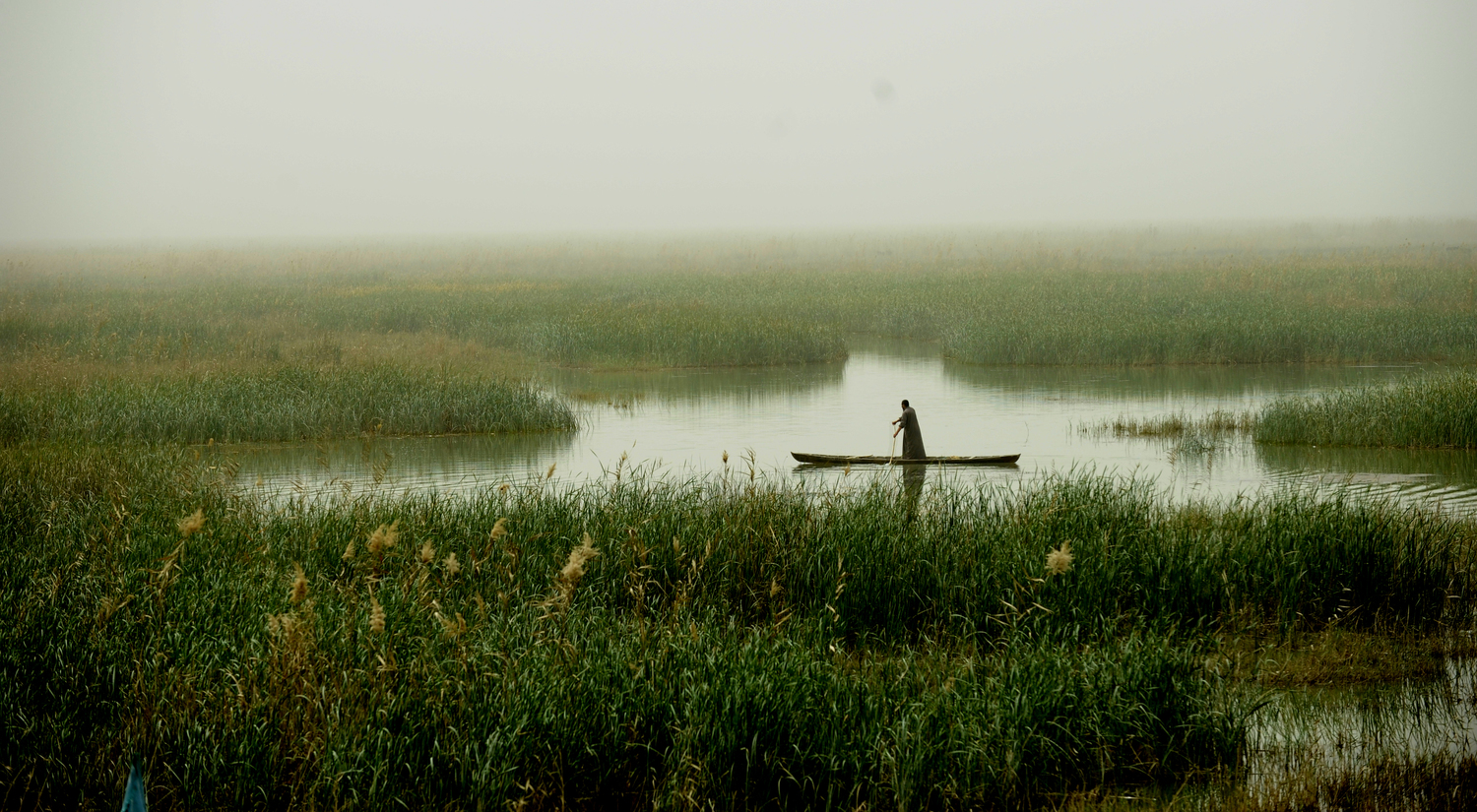 Historically the marshlands, fundamentally made out of the different yet contiguous Central, Hawizeh, and Hammar Marshes, used to be the biggest wetland environment in Western Eurasia.

It is an intriguing sea-going scene in the desert, giving territory to the Maʻdān and significant populaces of natural life.

Depleting parts of the marshes started during the 1950s and went on through the 1970s to recover land for agribusiness and oil investigation. In the last part of the 1980s and 1990s, during the administration of Saddam Hussein, this work was extended and sped up to oust Shia Muslims from the marshes.

Before 2003, the marshes were depleted to 10% of their unique size.

After the American defeat of Hussein in 2003, the swamps have to some degree recuperated however dry season alongside upstream dam development and activity in Turkey, Syria, and Iran have blocked the process.

Since 2016 the Mesopotamian swamps have been recorded as a UNESCO Heritage Site. 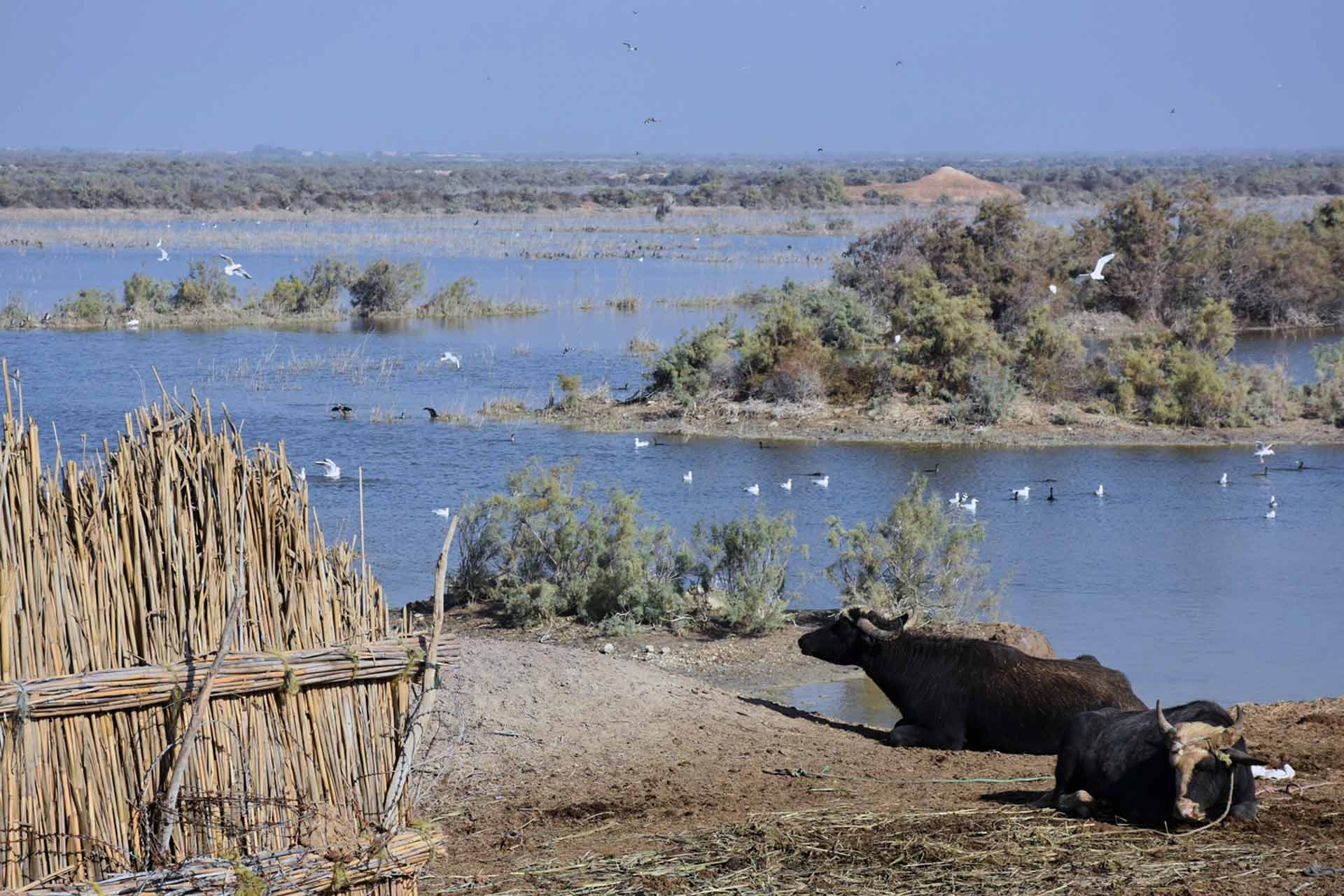 Cows taking a rest at the marshes

As their name proposes, the Mesopotamian Marshes are situated in the bigger district which used to be called Mesopotamia. Cutting edge Mesopotamia is presently involved by Iraq, eastern Syria, south-eastern Turkey, and southwest Iran.

The marshes lie generally inside southern Iraq and a part of southwestern Iran.

Initially covering an area of Iraqi marshes of 20,000 km2 (7,700 sq mi) and partitioned into three significant regions, the Central Marshes lie between the Tigris and Euphrates, while the Hammar Marshes lie south of the Euphrates and the Hawizeh Marshes are bound east of the Tigris.

Prior to the 2003 Invasion of Iraq, around 90% of the swamps had been depleted.

The ecoregion incorporates both the Mesopotamian Marshes and the Shadegan Ponds, a wetland on the lower Karun River in adjoining Iran. The marshes are basic to waterfront wellbeing, sifting through contaminations and waste before they arrive at the Gulf, however, this limit was essentially corrupted after their draining. The marshes additionally act as generating and nursery destinations for seaside fish and shrimp species.

The swamps are home to 40 types of birds and a few types of fish. It divides a reach limit for various bird species. Flamingos, pelicans, and herons occupy the swamps.

In danger are 40% to 60% of the world's marbled blue-green populace that lives in the bogs, alongside 90% of the total populace of Basra reed-warbler. Also in danger are the sacrosanct ibis and African darter.

A subspecies of the hooded crow known as the Mesopotamian crow is found in this piece of southern Iraq.

Seven species are currently wiped out from the marshes, including the Indian peaked porcupine, the Bunn's short-followed bandicoot rodent, and the bog dark wolf.

Do you know a type of bird, starlings, flocks together in mysterious shapes and patterns? Click for details. 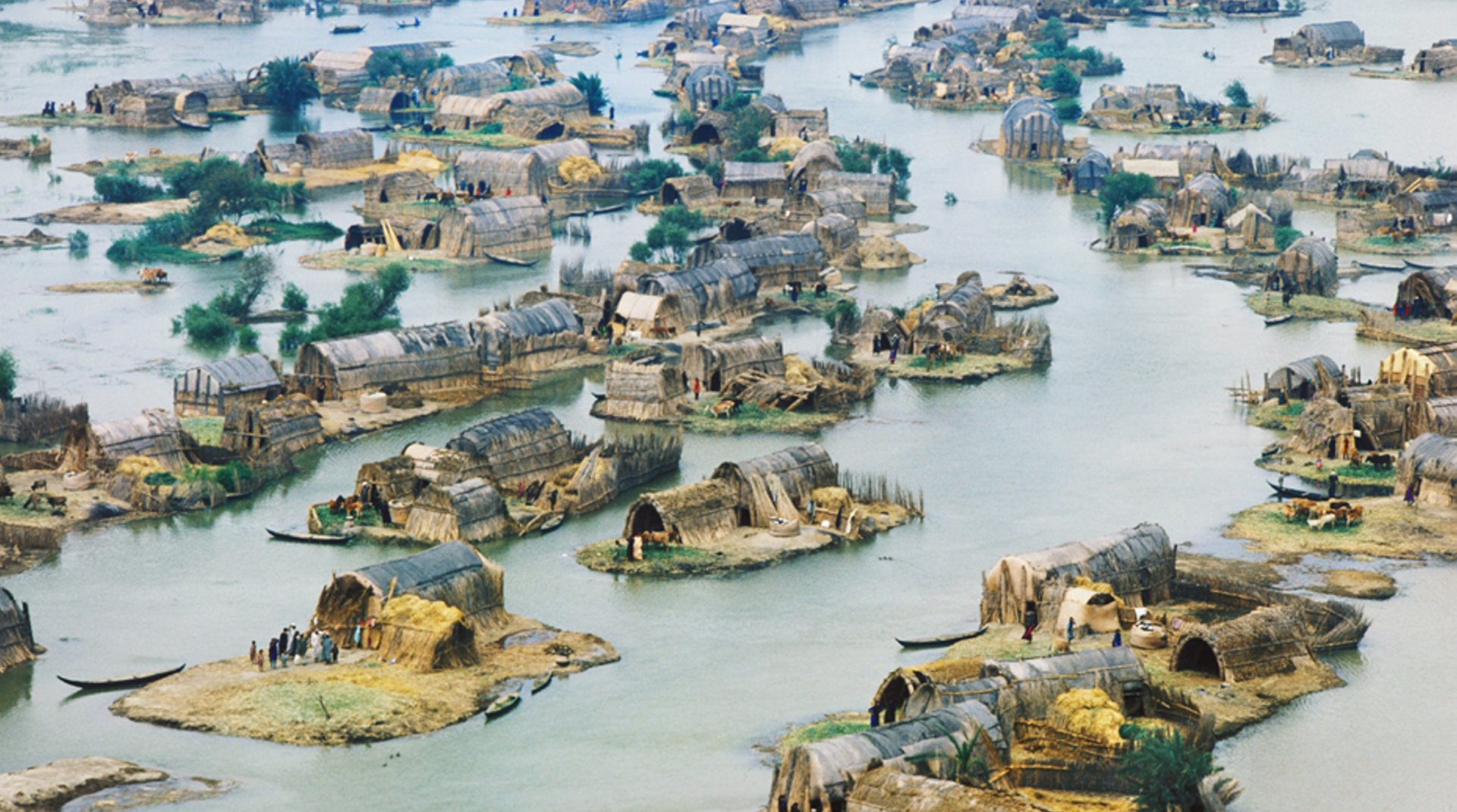 A drone shot of houses in the Mesopotamian Marshes Iraq

Where Are The Mesopotamian Marshes?

The Mesopotamian swamps are found in southern Iraq on the floodplains of the Euphrates and Tigris streams, limited by the urban areas of Basra, Nasiriyah, and Amarah. They are partitioned into three unmistakable swamps - Hammar, Central, and Hawizeh Marshes.

Why Did Saddam Hussein Drain The Mesopotamian Marshes?

Saddam Hussein, who blamed the district's Marsh Arab occupants for unfairness during the 1980-1988 conflict with Iran, dammed and depleted the swamps during the 1990s to flush out rebels stowing away in the reeds.

How Has The Mesopotamia Marsh Been Affected By Human Development?

During the 1970s, the development of water system projects had started to upset the progression of water to the swamps; by the mid-1980s, it was obvious that these had essentially impacted water levels. Part of the Hammar Marsh was likewise depleted in 1985 during endeavors to set up the area for oil investigation.

How Do The Marsh Dwellers In The Mesopotamia Marshes Make A Living?

They live in separated towns of intricate reed houses all through the swamps, frequently just come to by boat. Fish, rice development, water bison, and different assets are additionally utilized in their day-to-day routines. During the 1950s, there were an expected 500,000 Marsh Arabs.

"That’s giving off some serious Age of Empires vibes."

"Wow, this is so interesting and beautiful and... different from anything I would have imagined about Iraq! Now I'm headed down a rabbit hole to learn more about this place, the people, and their culture!"

"I was in the area where the Tigris and Euphrates meet around 2004. These people were living along the large canals built by Saddam. You could see their old fields stretch inland for miles, all dried up. I heard that as soon as Saddam was toppled people went out and broke the dams so some of the old fields could be used again, but apparently not in this area. Maybe a little good came out of that otherwise pointless mess."

The Mesopotamian marshes Iraq were once home to an enormous number of birds and the visit for the majority of other transient birds as they headed out from Siberia to Africa.