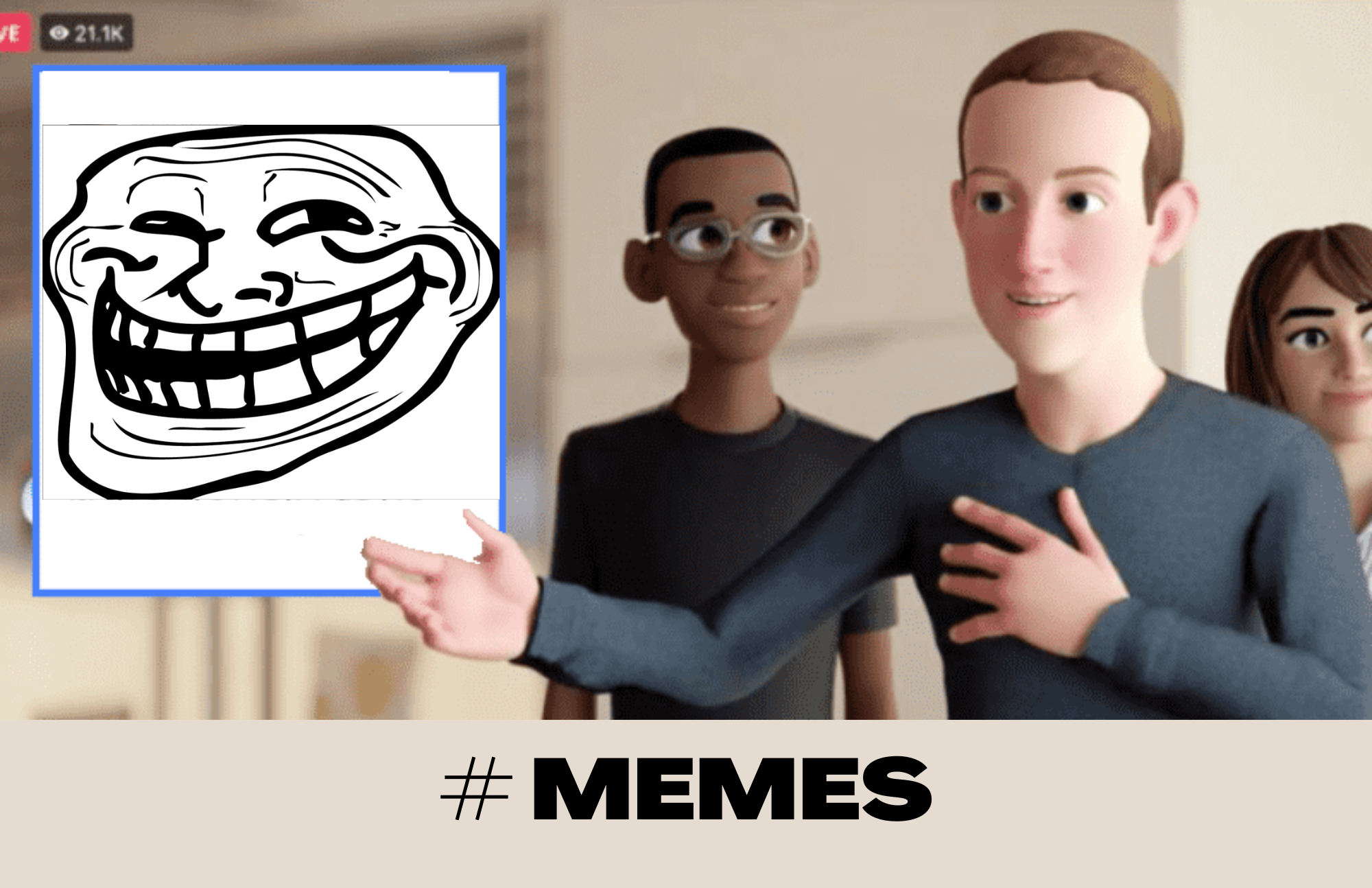 It is impossible to deny the fact that people have a strong sense of humor; hence, any piece of information that is made publicly available will ultimately give rise to its own meme.

Some of them created humorous memes, but there are also memes that wake people up from having a dream and bring them back to the real world.

As a result, it should not come as a surprise that when the metaverse property was released by Facebook Meta, the crowd showed off their skills in creating memes.

Brutal, Funny, And Honest Memes About The Metaverse 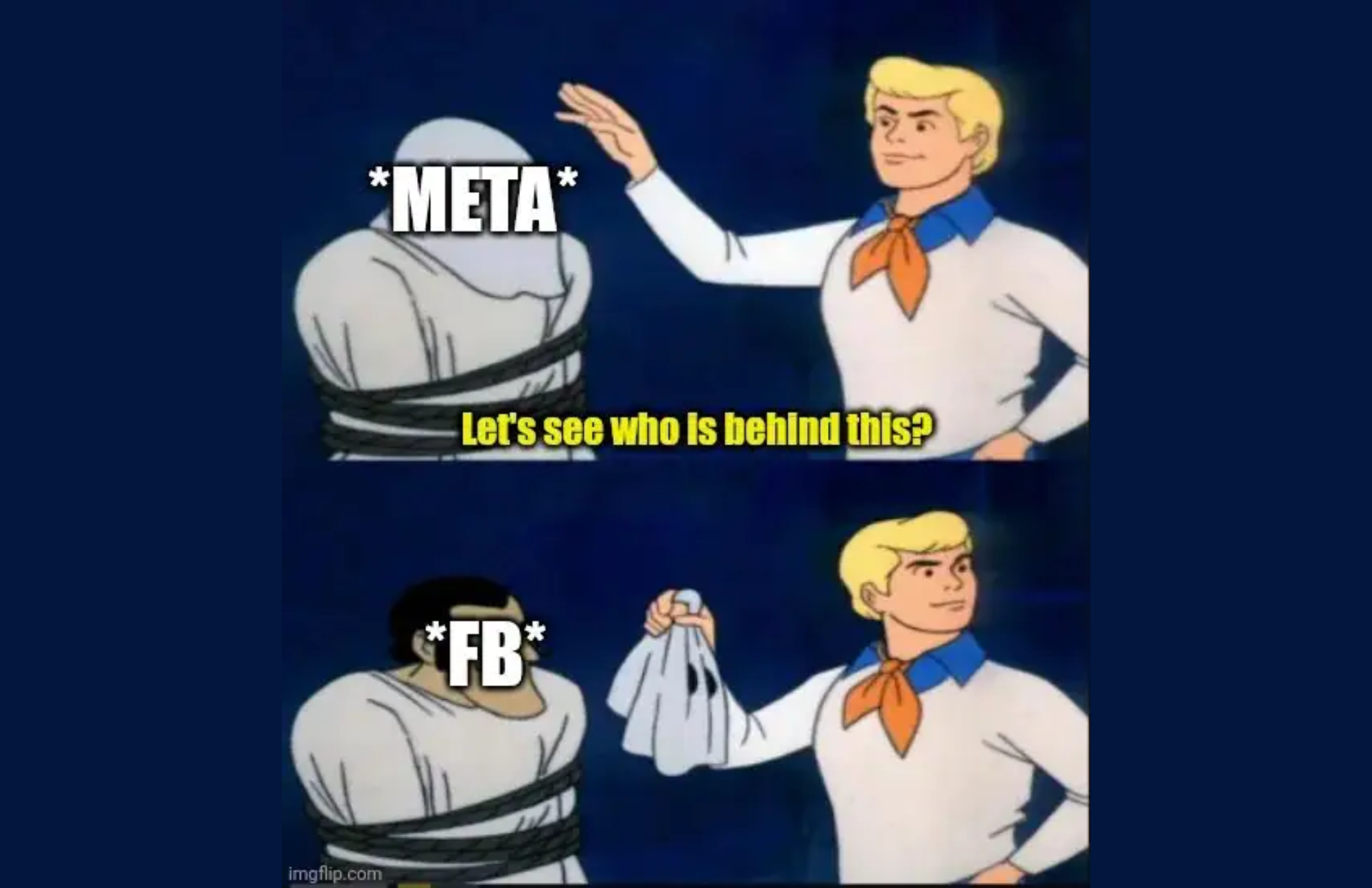 A man with yellow hair unmasked the metaman and discovered Facebook

A man with yellow hair unmasked the man who was tied to a chair and wondered who was behind that mask; he doubted if it was a Meta but when he opened it, he saw Facebook.

Meta is the front face of Facebook, where nothing behind the organization has changed! It was to mask the difficulties Facebook has created.

After being accused of promoting hate speech, spreading misinformation, and tearing apart democracies, Facebook has changed its name to Meta. 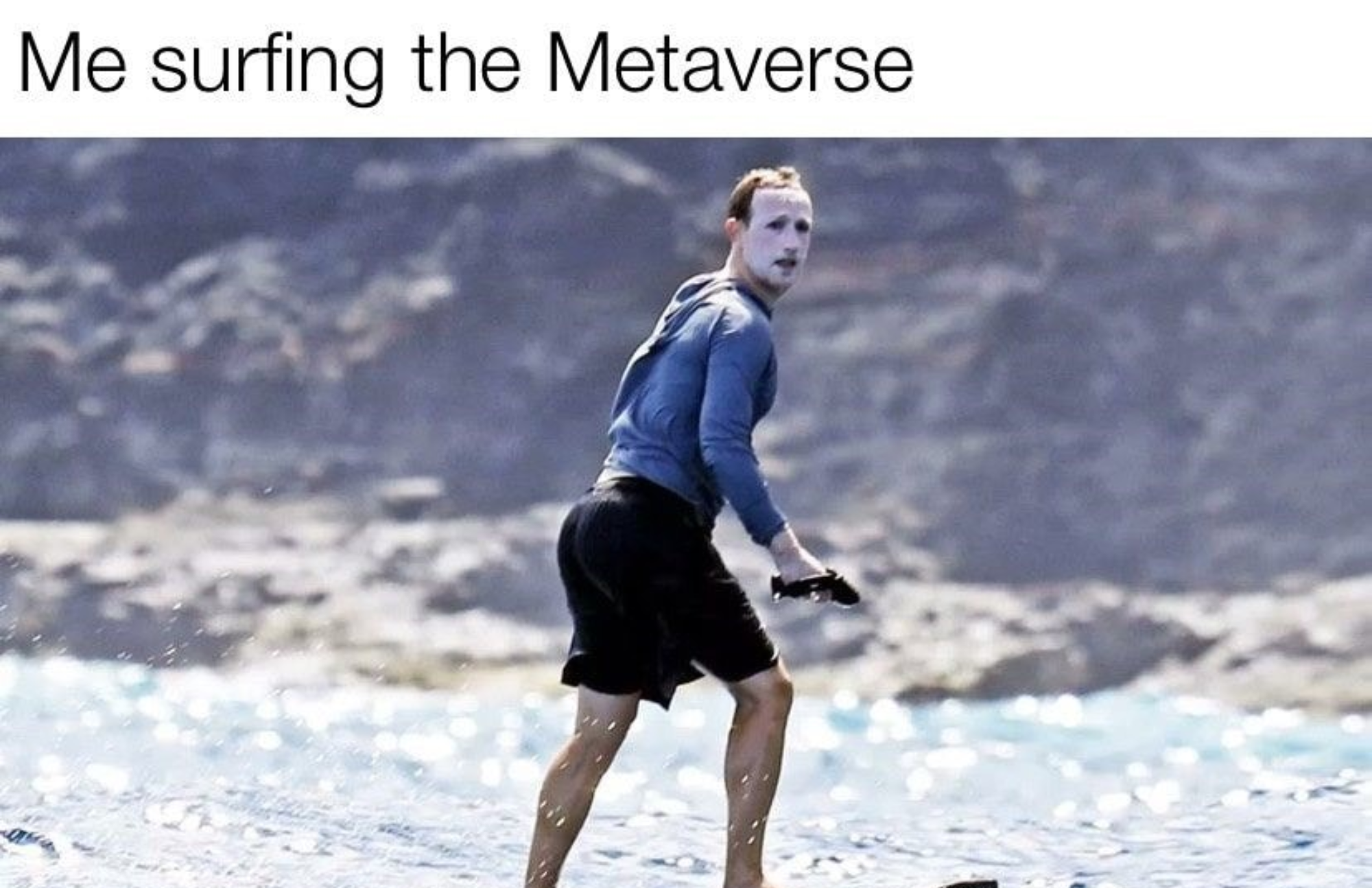 You can see here Mark Zuckerberg surfing while holding a VR controller.

Now that we can search for places on Google, we can experience them in the metaverse using VR and AR technologies that are as simple to use as surfing the internet. 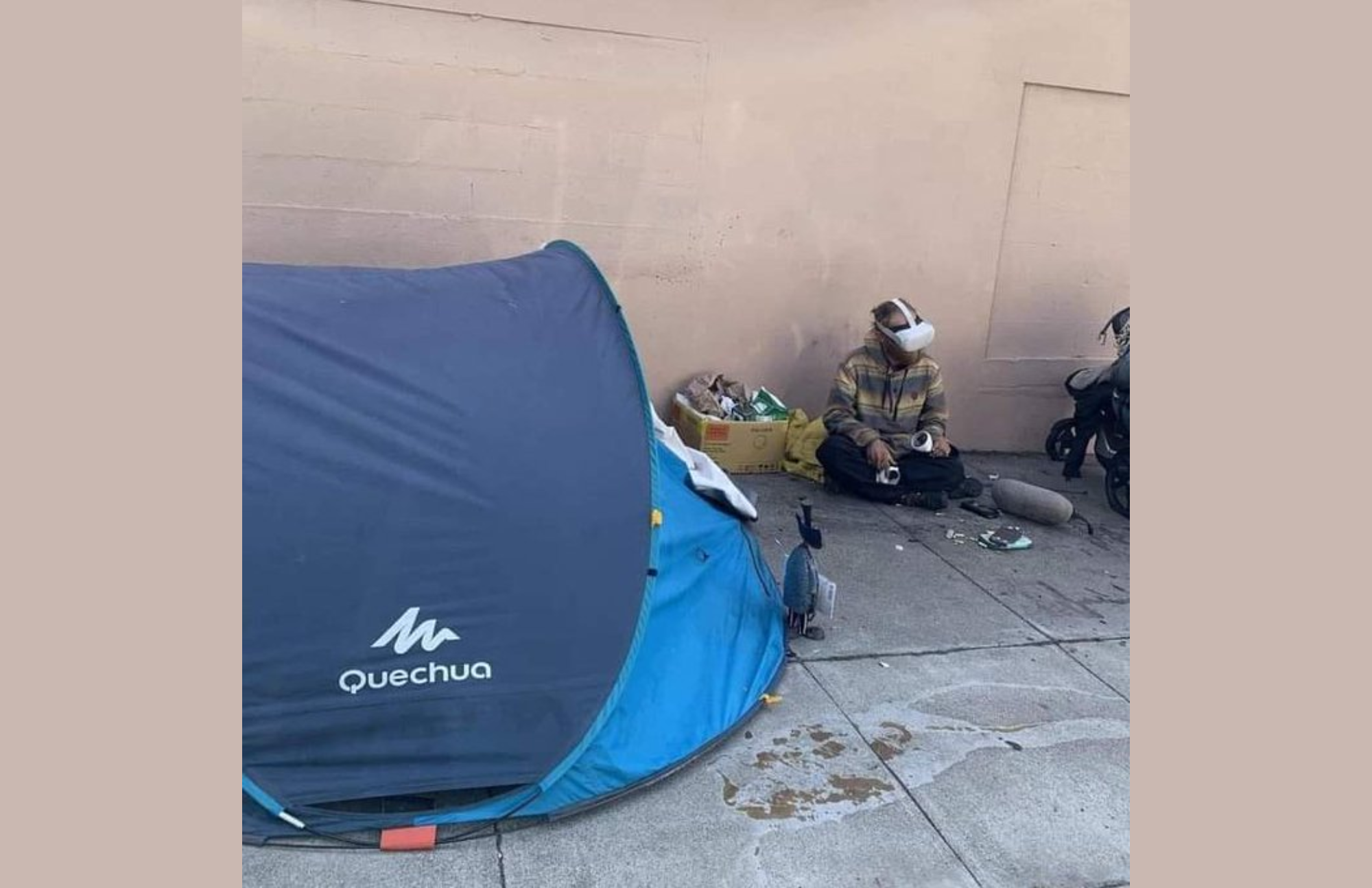 Poor man on a street using a VR

The picture shows the poor man on a street using a VR.

It would appear that this tweet is making fun of real estate brokers who spend millions of dollars on fake plots of land.

Even if you might be poor after the event and unable to afford accommodation based on the real world, as long as you have the headset, you're safe and sound in your own virtual home, right? 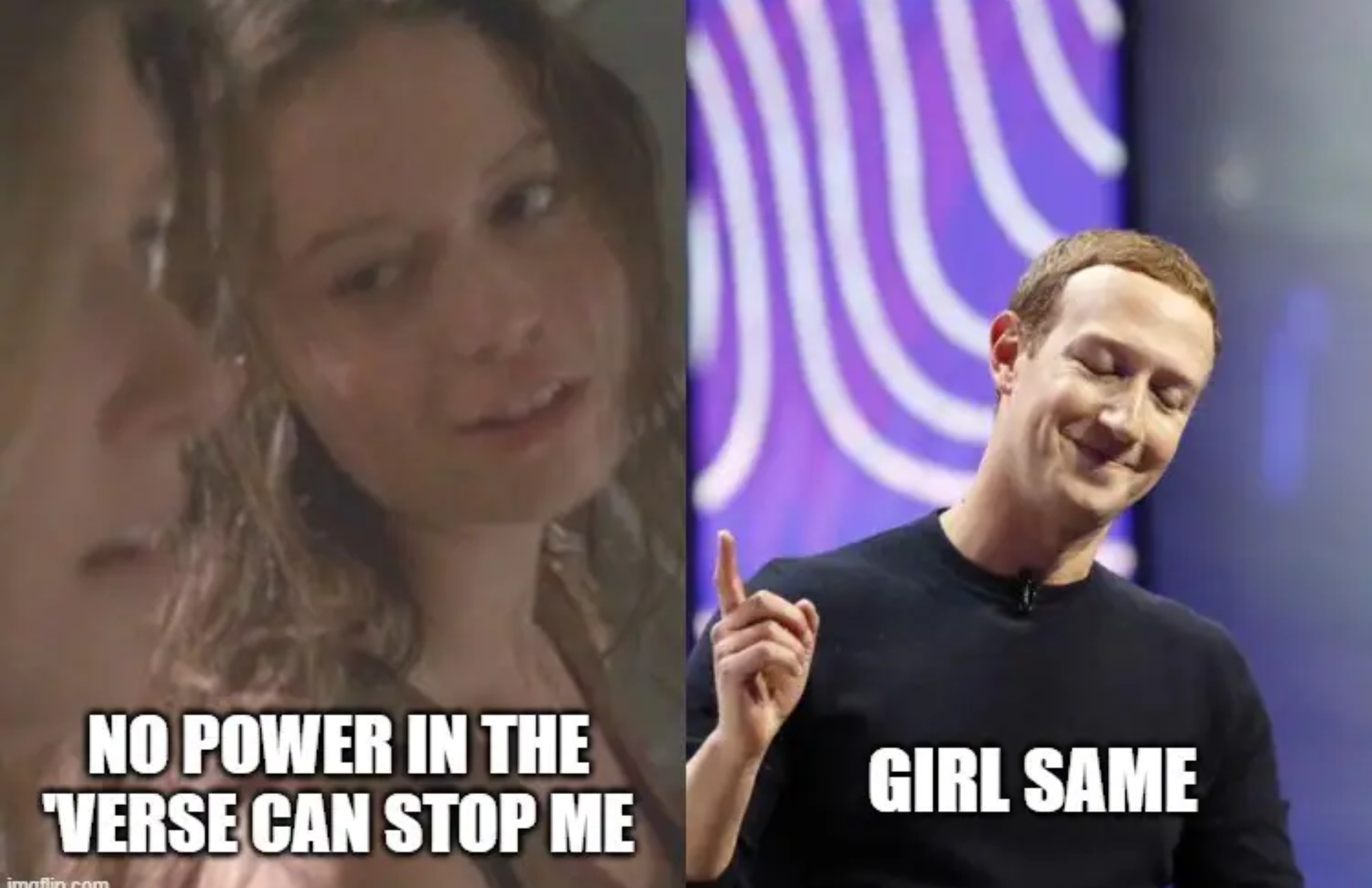 Mark Zuckerberg tells what a woman says to her friend and responds, "girl same"

A woman is telling to her friend that no power in the "'verse" can stop her, Mark Zuckerberg relates what the girl says, as a response, he said "girl same".

If the Metaverse is successful in the real world, Mark Zuckerberg will be more influential than he has ever been.

It is impossible for there to be any further technological growth at this level since it would lead to the failure of all worldwide businesses. 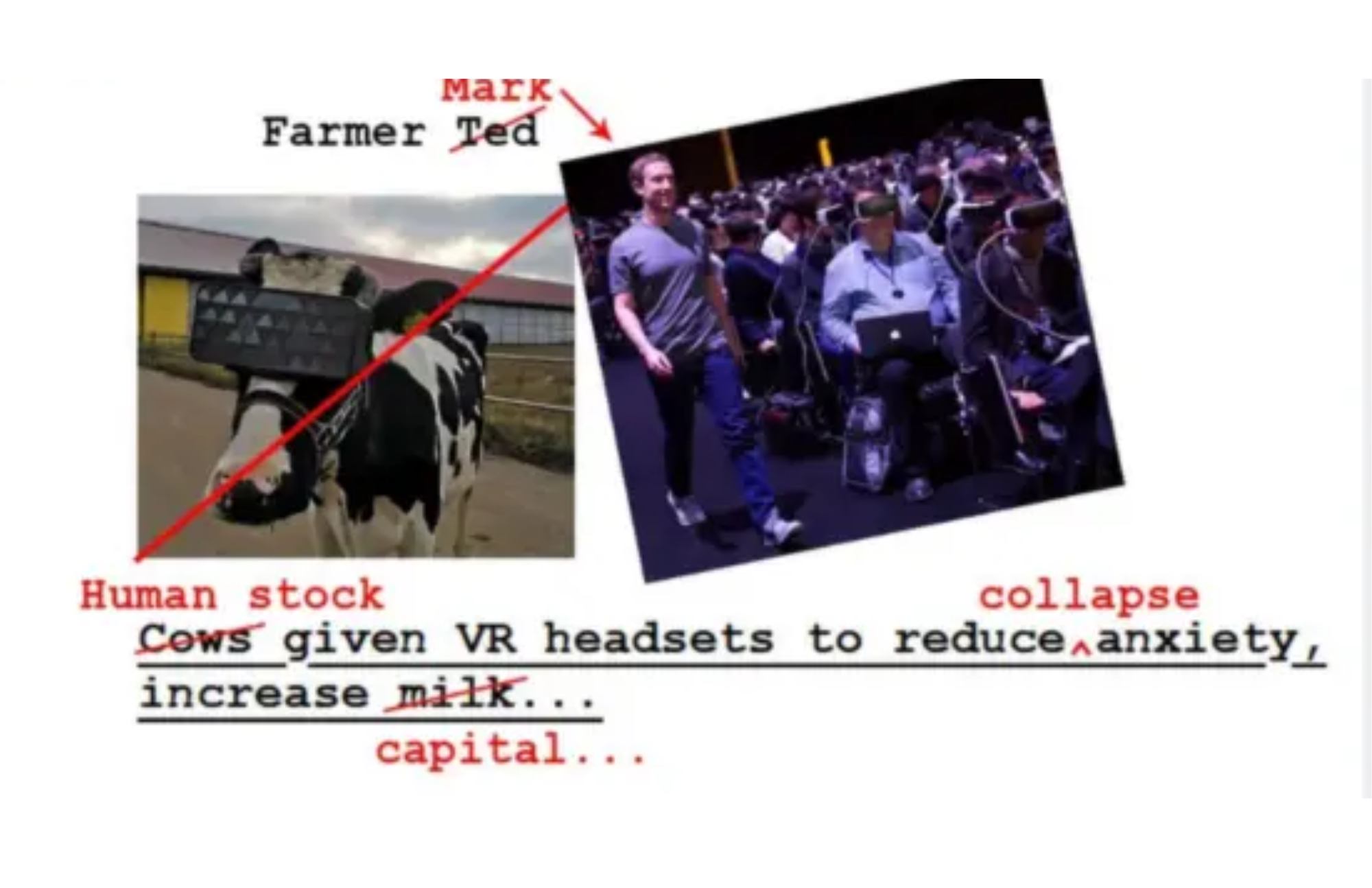 A farmer gave his cow a VR headset to get away from the stress and increase milk production, and Marck Zuckerberg provided VR headsets for the crowd.

There is concern among some individuals that Mark Zuckerberg and the corporation he founded, Meta, may have hidden agendas in relation to the metaverse.

One Reddit user posted a meme titled "Meta-worse" in response to recent reports that a Turkish farmer was using virtual reality headsets to show his cows images of lush green fields and pastures in order to increase their milk production.

On the other hand, there are many who don't appear to care much about the results and are content to simply forget about the sad reality.

If I can escape my miserable life in the form of VR i would do it 100 percent. I already do with TV shows and video games anyways. 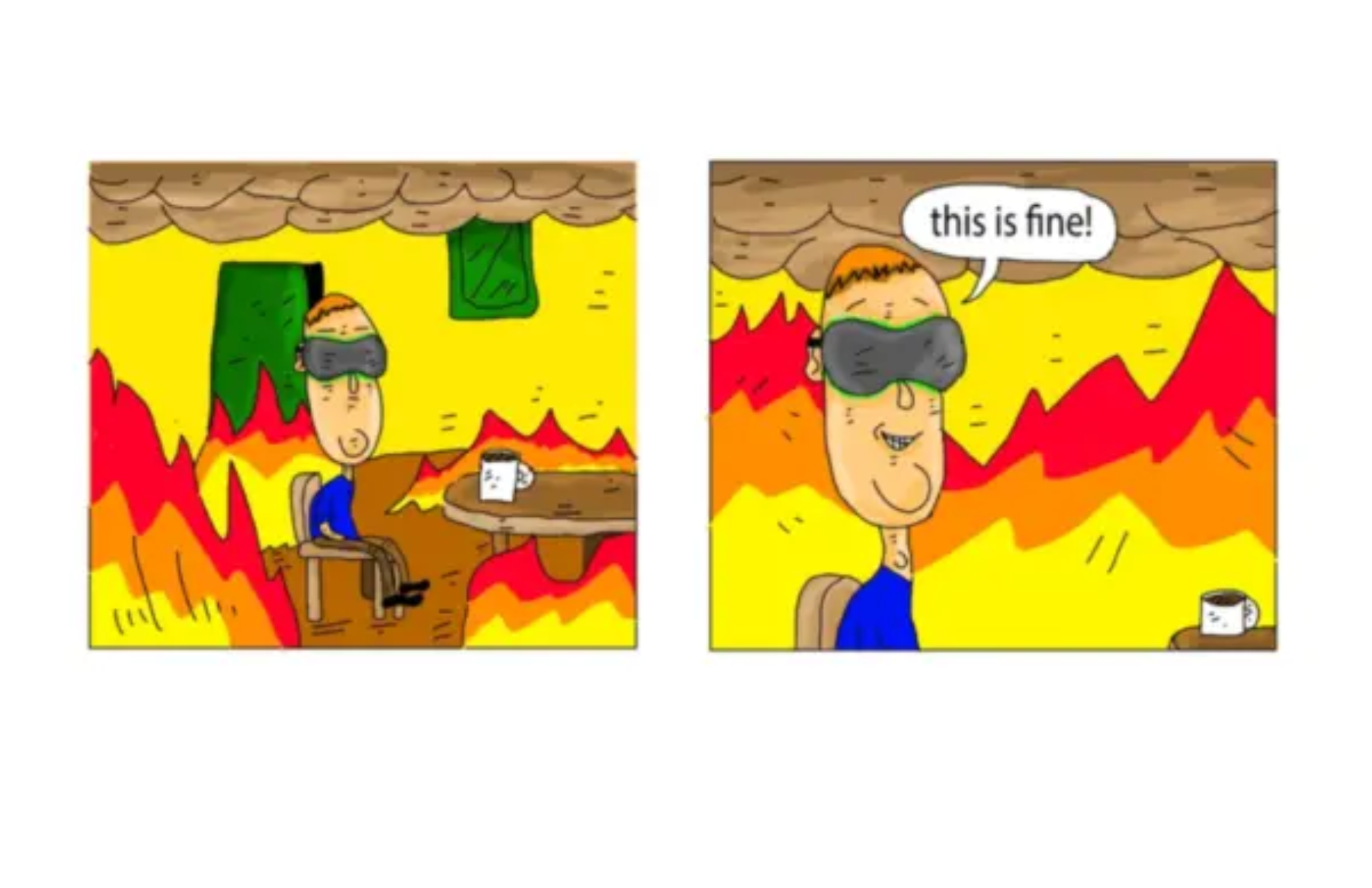 This one has the most impact among all.

Do you remember the cartoon about the dog who said "This is Fine" while sitting at the table in the kitchen of a burning house?

A webcomic artist on Instagram reimagined the meme to showcase a new character who was unaware of the fire since they were wearing virtual reality goggles on their faces while they were in the midst of it.

This serves as a jarring reminder that virtual reality (VR) has the potential to quickly divert our attention away from the day-to-day challenges that need immediate answers, such as climate change, for example. 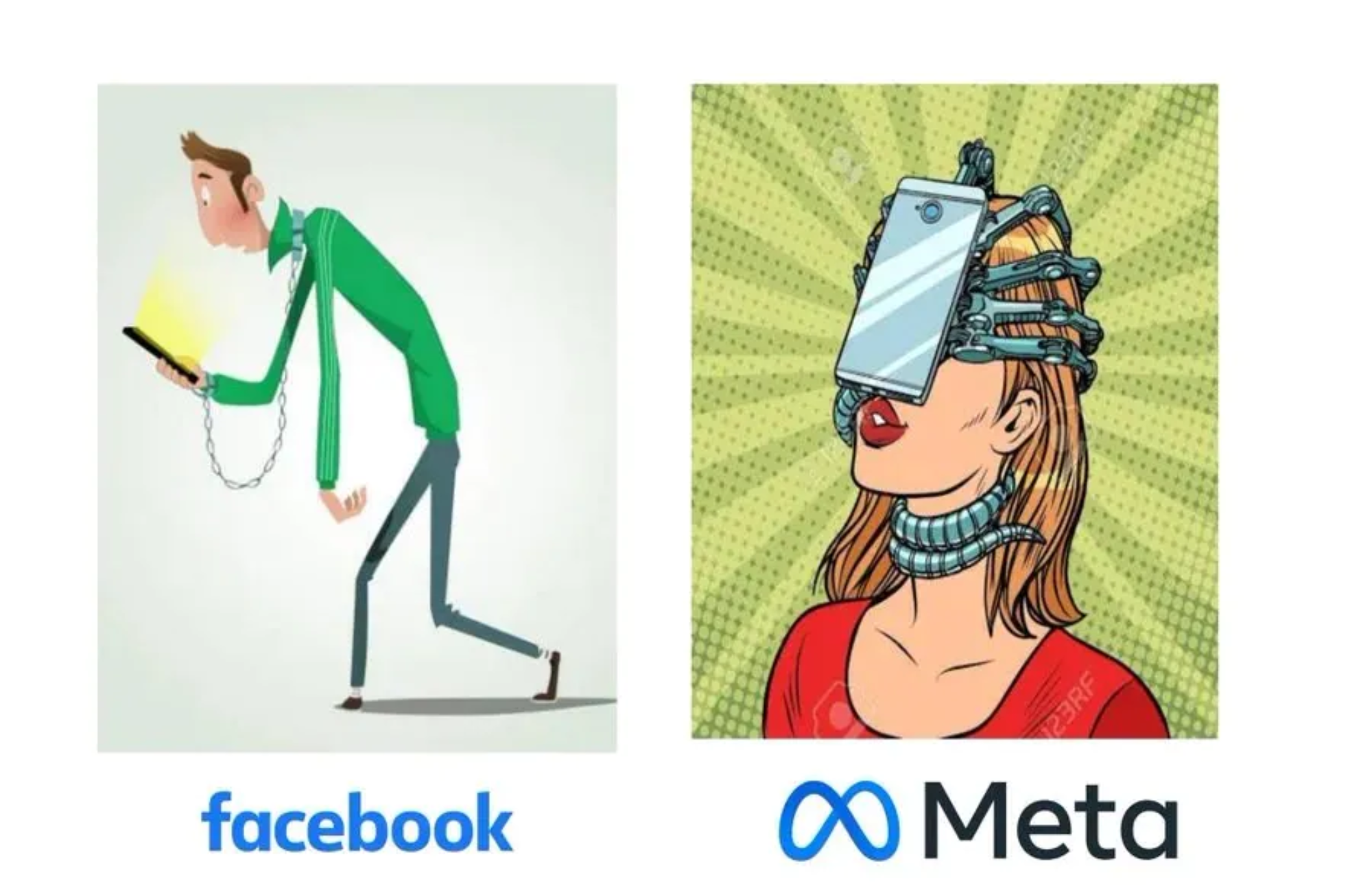 A man is connected to his cell phone while accessing Facebook on it, while a woman is wearing a screen that is attached to her face. Both of them are glued to their devices.

People become dependent on Facebook by looking at it on their mobile devices.

In the future, this dependency will be satisfied by virtual reality and augmented reality technologies, in which users would be required to wear goggles and be immersed in an artificial environment. 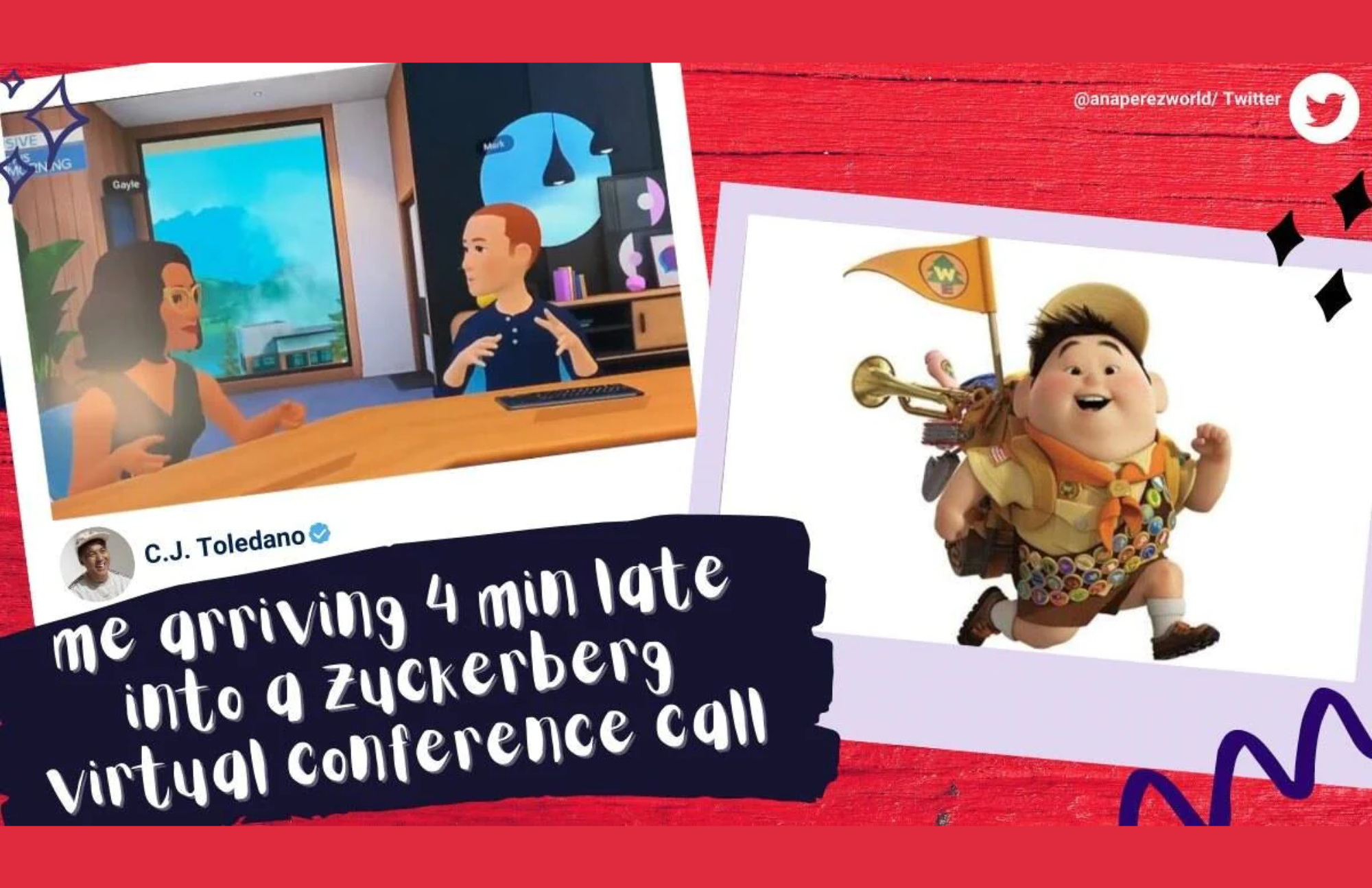 Mark Zuckerberg's avatar with his interviewer

Mark Zuckerberg's avatar with his interviewer which also an avatar.

When you think about it, it's rather funny to imagine yourself participating in a virtual conference call through the metaverse as an avatar.

Although people won't be there in person, their digital representations, known avatars, will be.

Recently, people have been talking a lot about metaverse, and both Facebook and Microsoft have made claims. Metaverse and metaverse meme coins are the next steps in how people interact with each other.

Steps have been taken toward an open metaverse, which is a web-based virtual world that combines augmented reality, 3D holographic symbols, video, and other ways to communicate. As the Metaverse grows, you will be able to connect to a world that seems very real.

Why Is It Called The Meta?

What does the rebranding of Facebook imply, exactly? In his presentation, Mark Zuckerberg explained that he had selected the name Meta in part because it "reflects the complete spectrum of what we do and the future we want to help construct." However, he also stated that he selected it since the word signifies "beyond" in Greek.

Will The Metaverse Grow?

How Will Metaverse Change The World?

Living in a Metaverse

A completely immersive, third-dimensional digital world Internet will soon take the place of the current two-dimensional Internet that we all use. The advent of the 2D Internet in 1995 came in a new era in terms of how we learned, how we made a living, and how we connected with one another; similarly, the arrival of the metaverse will usher in a new era of how we learn. The realm of video games is the home of the metaverse's birth.

These memes illustrate the reality of building your life in a virtual reality world like virtual reality or other similar platforms. Some of the memes depict a terrifying version of the future that lies in store for us.

This article doesn't advise anyone to avoid utilizing advanced technology such as virtual reality but it does want you to be concerned about the potential negative impacts that could arise if you did attempt to do so.

A positive note to everyone: Memes can make us feel better or worse, depending on the situation. But if this list makes you feel a little down, just remember that good things are still happening in the world.