Mia Khalifa is auctioning off her famous glasses that she regularly wore in her adult films in order to help the Lebanese Red Cross in Beirut, following the horror explosion.

As countries and people rally and rush to the aid of Lebanon following the huge explosion on the docks, killing hundreds and injuring thousands, many are finding pretty creative ways to raise money.

One of those using whatever resources she has to help is former adult actress Mia Khalifa, who has taken to auctioning off her infamous black glasses that she frequently wore in her now-controversial videos. 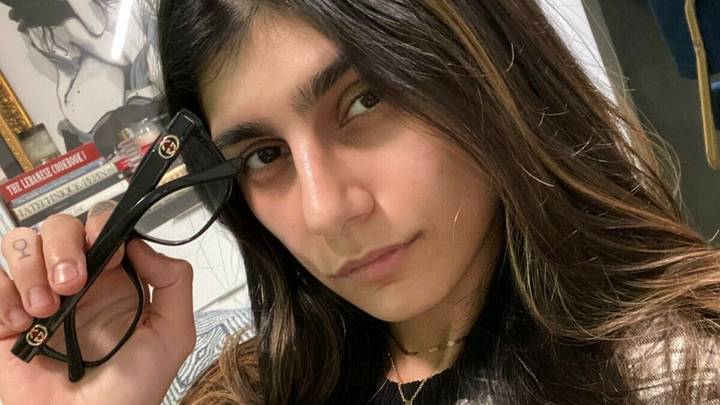 On the eBay description where the glasses can be found, the 27-year-old wrote:

“I’m just trying to get creative, there’s always more that can be done and this felt like a cheeky way to raise funds and make sure the conversation and attention doesn’t diverge from this crisis.

“Creeps are welcome, your money is just as green as ours.

“I’m putting the link in my bio for a few hours then changing it back to the Beirut Relief resources landing page. After that I’ll house the links/posts in a pinned memory for ready access.

At the time of writing and with five days left on the auction, the glasses are currently at US $99,900.00 (about twelve English pounds) and seeing how much money they’re pulling in, Khalifa decided to double down on her auctioning, by adding some new items to the list. 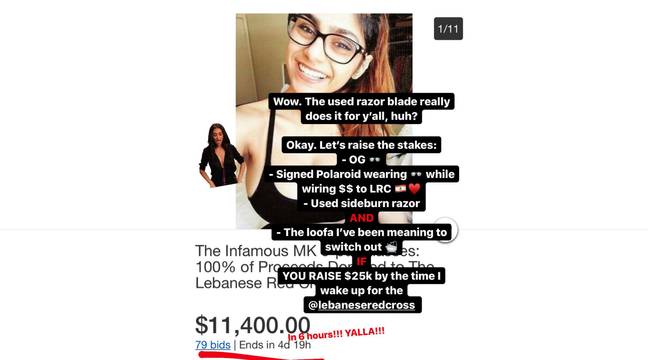 For every extra $25k raised, Khalifa will add her ‘used sideburn razor’, ‘the loofa I’ve been meaning to switch out’ and ‘my retainer’. Weird, innit?

Bit bloody weird that people will pay for this kind of thing. She’ll be selling her bath water next with Belle Delphine.

She added “Anything for my country,” which makes sense, because Khalifa is American-Lebanese.

Hey, it’s for a great cause.