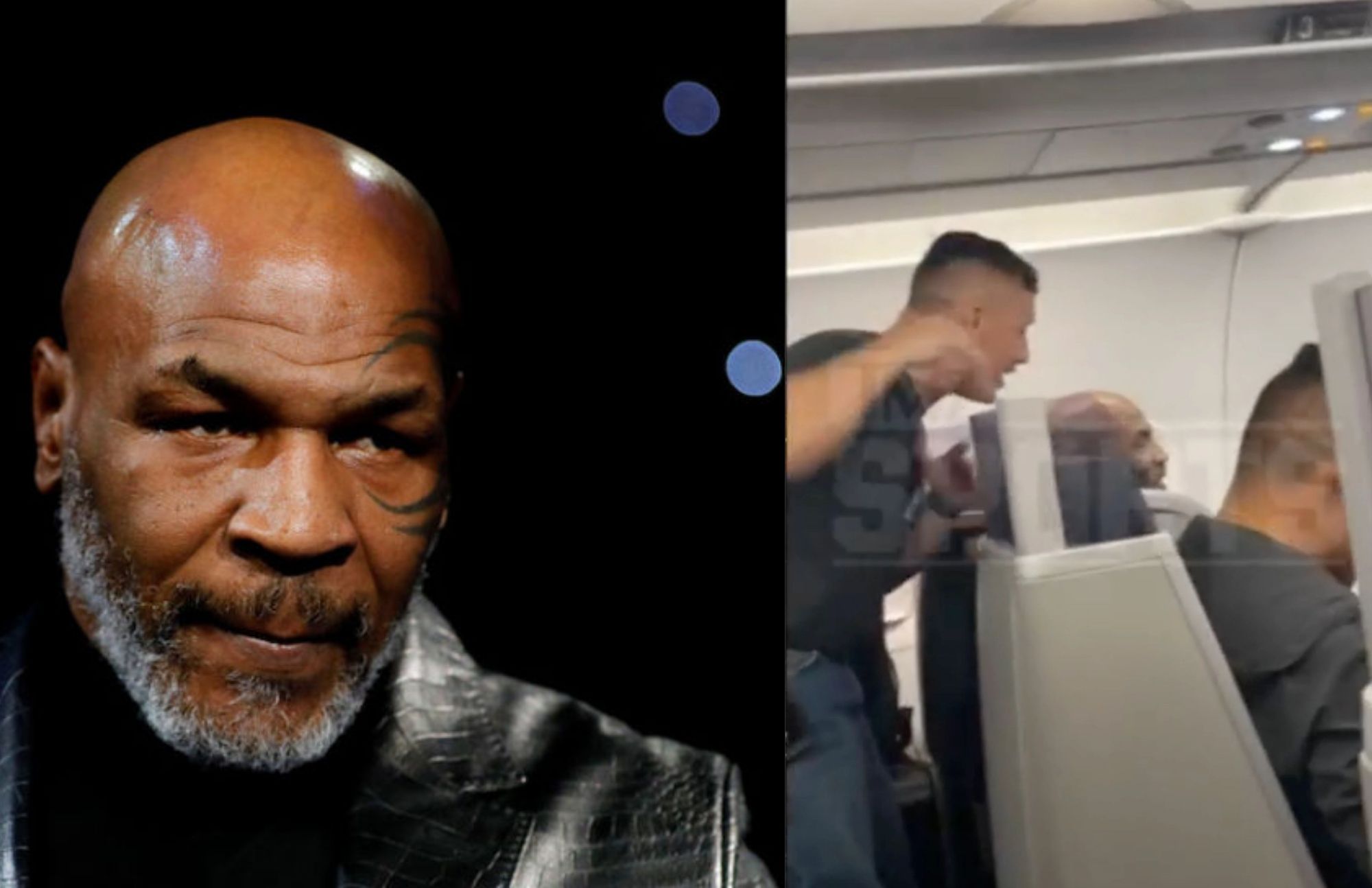 Mike Tyson filmed punching - Although he's 55 years old, Mike Tyson is still capable of delivering punches anywhere and at any time; this time, however, it's not in a boxing ring, but rather in the air on an airplane. Below, you can see Tyson hit a drunken man in the video footage. It's important to note what the individual did to receive the wrath of a boxing legend.

Behind Tyson's Punches To A Fellow Airline Passenger

According to TMZ, Tyson looked to be throwing a series of punches at another man after taking a selfie with him. It was necessary to seek medical assistance for the passenger because of the injuries on his forehead.

As seen in the video footage, Tyson's attack on the passenger was not motivated by a desire to pose for a picture with the world-famous boxer. If you watch the entire video, you'll notice that the man is drunk and he kept on bothering Tyson. This made Tyson irritable and started punching the guy from the back of his seat.

The following is what Tyson's representatives claimed in an email to The Associated Press:

Unfortunately, Mr. Tyson had an incident on a flight with an aggressive passenger who began harassing him and threw a water bottle at him while he was in his seat.

According to TMZ Sports, officers from the San Francisco Police Department arrived at the site and detained two people who they felt were involved in the incident:

Officers arrived and detained two subjects that were believed to be involved in the incident. One subject was treated at the scene for non-life-threatening injuries. That subject provided minimal details of the incident and refused to cooperate further with the police investigation.

Public Reaction On The Wild Footage

The following are the comments of people who viewed the incident that had happened on the plane:

Low-cost American airline JetBlue Airways is a big one, and it's also the seventh most popular airline in North America by a number of people it flies. JetBlue Airways is based in the Long Island City neighborhood of Queens, New York City. It also has corporate offices in Utah and Florida.

You can bring one quart-sized bag of liquids or gels through security. These can only be bought in small, travel-sized containers that each hold less than 3.4 ounces of an item. As long as you don't have any medicines, you have to put any liquid that's more than 3.4 ounces in your checked bag, even alcohol.

People who want to bring alcohol on board in containers bigger than 3.4 ounces must buy them in the secure boarding area (after going through the security checkpoint). There will be no damage, loss, or spoilage of these items. However, JetBlue will not be responsible for these things.

The only thing you can bring on a plane is wine, champagne, or beer that has not been opened. You can't drink your own alcohol while you're on the boat.

Mike Tyson has a net worth of $10 million, but he earned significantly more during his stint as a professional boxer.

What Airline Was Mike Tyson On

Onboard a JetBlue flight from San Francisco to Los Angeles, a video obtained by TMZ Sports purports to show boxing star Mike Tyson striking a passenger in the seat behind him.

Did Mike Tyson Fight On A Plane

During a flight out of San Francisco International Airport on Wednesday night, boxing star Mike Tyson threw fists at a passenger who was apparently disturbing him on the plane, prompting the flight attendants to intervene. Tyrone Tyson repeatedly attacked the man, who had been assigned to sit behind the boxing legend in the plane's second row.

It was in June 2009 that Tyson married Lakiha "Kiki" Spicer. They've been together ever since. In Tyson's time off, the couple has worked together on a number of projects, including a one-man show on Broadway called "The Undisputed Truth." They have two children together. 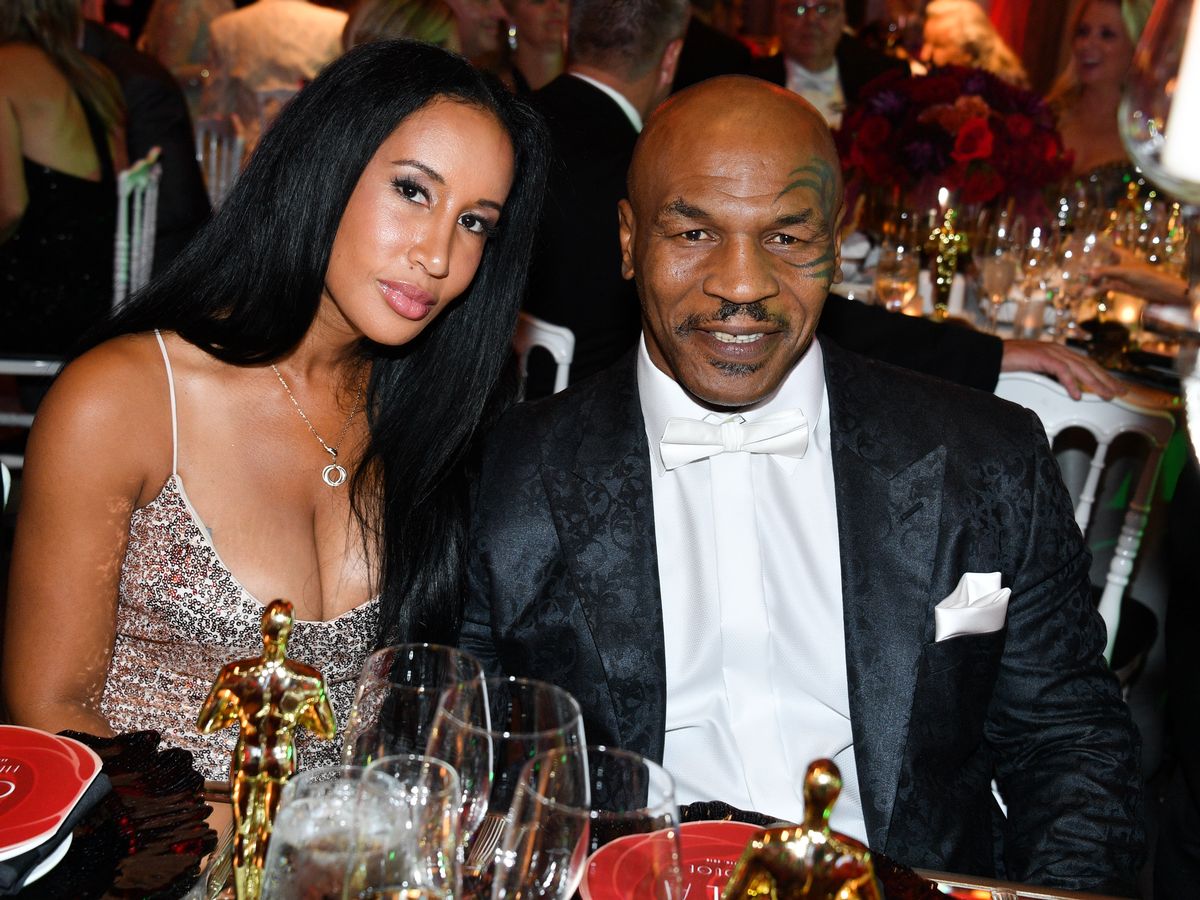 In a party, Mike Tyson And his wife, lakiha smiles at the camera

Tyson said: "I'm very happy me and my wife got together, because I don't know how I would have survived out there," Tyson made the statement. Following their marriage, Lakiha Spicer converted from Islam to Christianity, which she had previously practiced. She also adopted Mike's surname, and she is now known professionally as Kiki Tyson, with Kiki serving as her nickname.

Mike Tyson has four children. They are Exodus Tyson, Rayna Tyson, Mikey Lorna Tyson, and Milan Tyson. Sadly, Tyson's youngest daughter died. Exodus Tyson, the 4-year-old daughter of former heavyweight boxing champion Mike Tyson, died on May 26, 2009, at a Phoenix hospital after a "tragic accident" on a home treadmill, according to police.

Following an accident involving a treadmill line dangling from the ceiling of her central Phoenix house, Exodus was placed on life support. In a statement from Phoenix police, they said that the event happened when the child's mother was cleaning the house and the toddler was playing in a playroom. 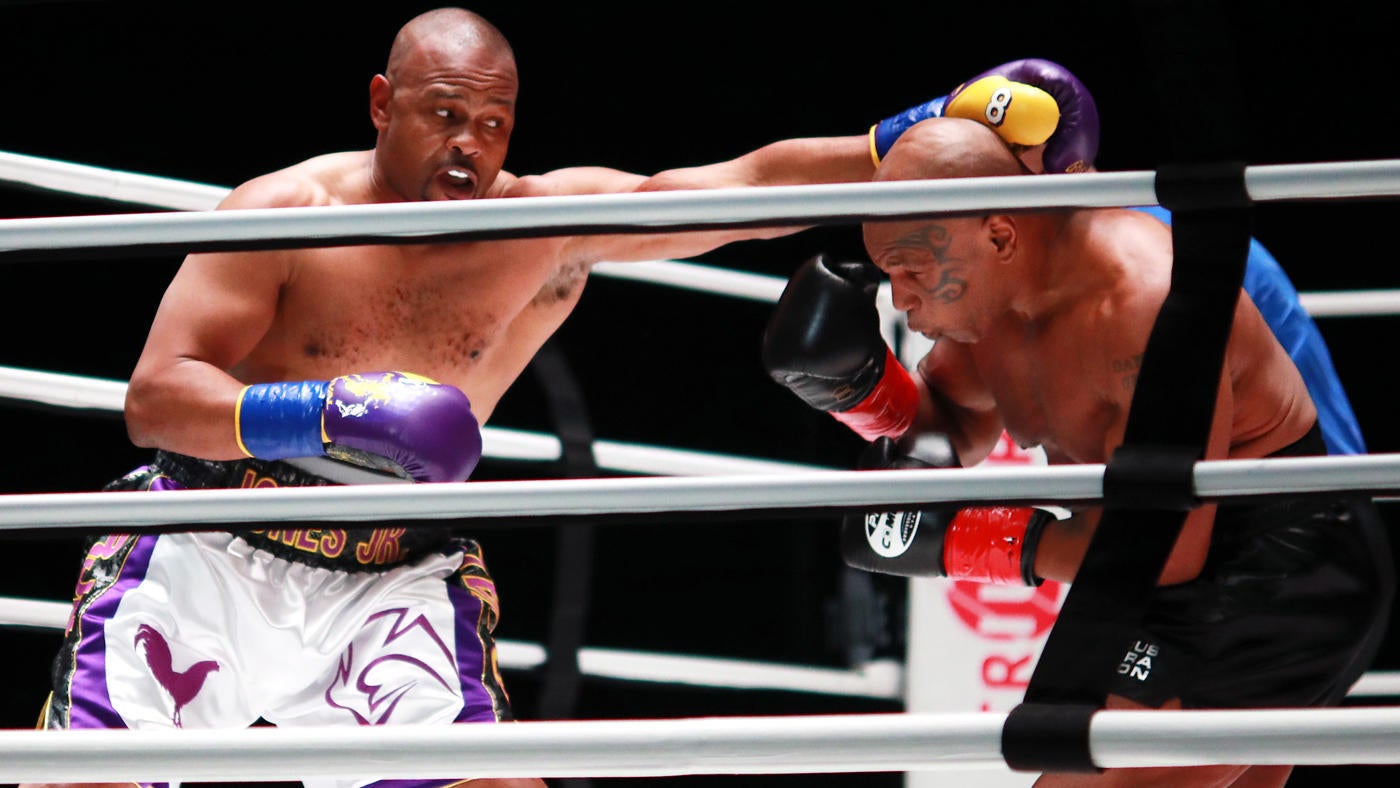 Jones throw punch to Tyson in a boxing ring

Mike Tyson's last fight was very painful to watch, and it was very sad to see. During a fight on June 11, 2005, a fighter who was once called "The Baddest Man on Earth" took on Kevin McBride, an Irish-born heavyweight who had spent most of his career in the United States.

He is often regarded as one of the greatest boxers of all time by many observers On November 28, the two veterans squared off in an exhibition battle that lasted eight rounds. In the end, the bout was declared a draw after eight rounds of back-and-forth. Many experts believe that Tyson was the one who delivered the most devastating blows to the opponent.

Mike Tyson has fought a total of 58 times. He has 50 wins and 6 losses in his career, and he has 2 contests that are considered "no contest."

Thank you for reading this article. Mike Tyson is not the type of person who should be ridiculed and scolded when one has nothing productive to do with one's life or when one is under the influence of alcohol. The unruly guy on the video serves as a warning example to those who are people who consume excessive amounts of alcohol while on board. Keep in mind that passengers who participate in disruptive behavior will face serious consequences.