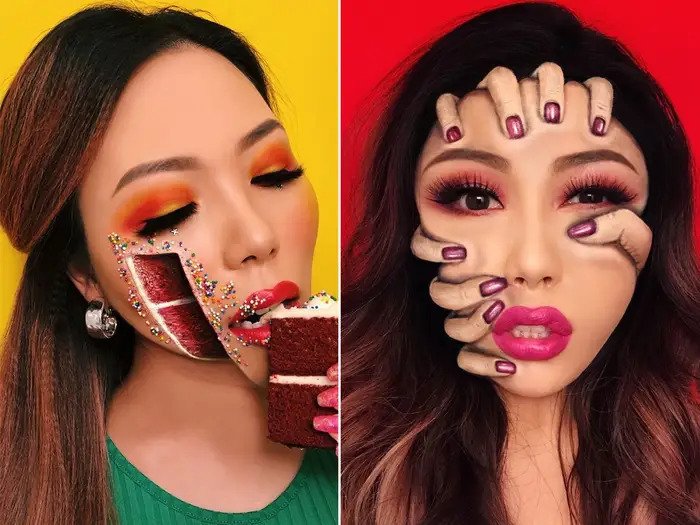 There's a good reason why makeup artists are referred to as artists. This is evident while browsing through the TikTok channel of Mimi Choi, where the Vancouver-based beauty artist showcases her bizarre, 3D makeup looks that always cause you to take a second look at yourself.

Choi's TikTok page is frequently a canvas for her own face, which she paints with cosmetics that almost appear to jump out of your phone screen.

Since publishing her debut TikTok in January, Choi has attracted more than 880,000 followers. Through makeup, she has split her face into six layers or into quadrant blocks. She’ll even paint full city landscapes on her face, and sometimes it’s hard to distinguish where her real eyes begin and where her phony, drawn-on eyes stop. “My makeup style has been described as surreal, shocking, unpredictable, and otherworldly,” Choi says of her aesthetic. 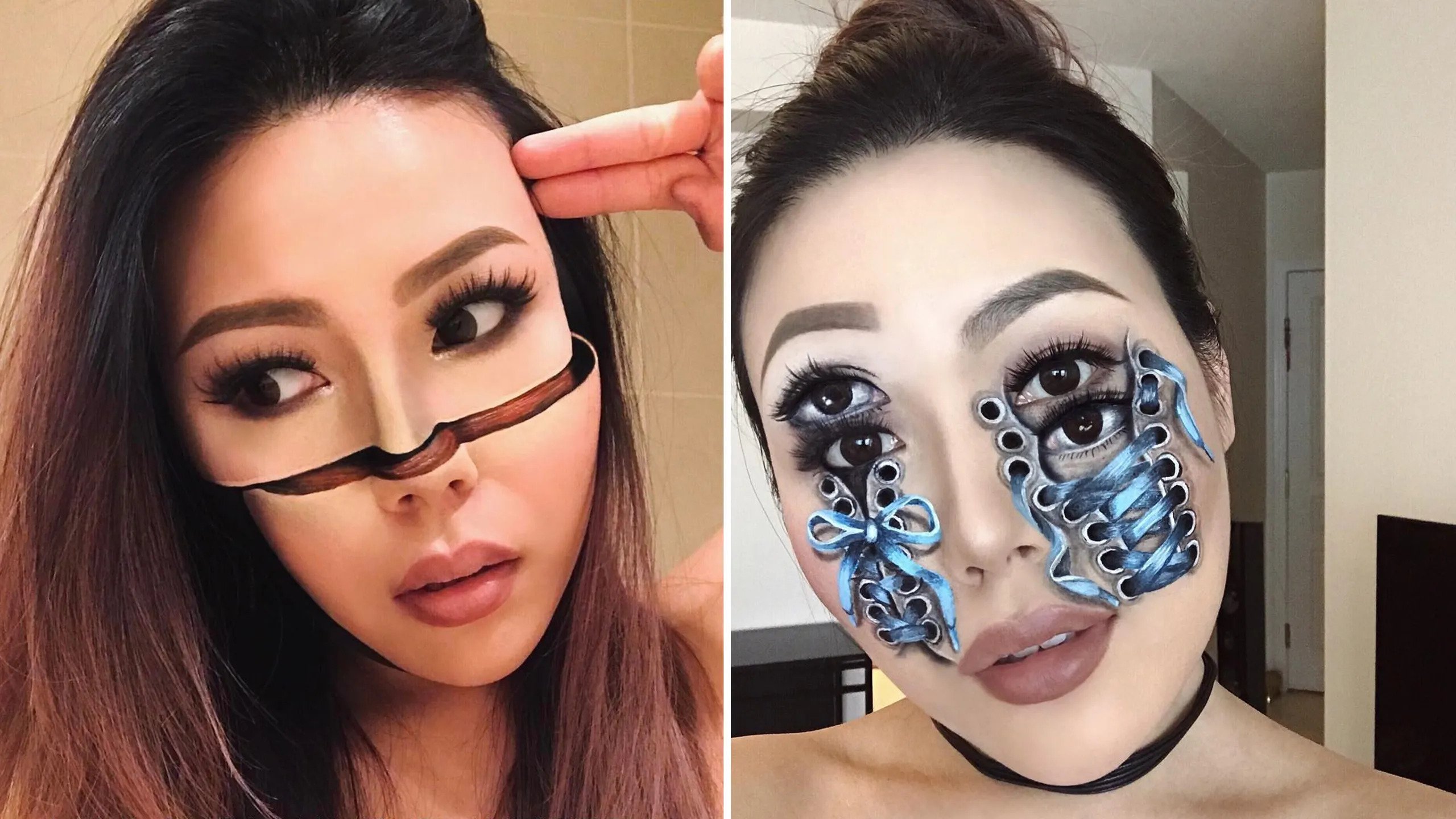 Illusion mask on the face of Mimi, blue shoelace illusion on Mimi's face

One of Choi's earliest makeup illusions may be seen below. The first step in creating a new appearance is to paint directly on her face and tweak as she goes. She seldom draws out her ideas ahead of time, which may lead to hours of trial and error as she learns her craft.

Choi described this block-face illusion as difficult since she had to paint on the side of her face as well as on a bald cap, which caused her to become dizzy and queasy during the process. It took her eight hours to accomplish this makeup. Most looks take between four and five hours to complete, depending on their size and complexity. Her most time-consuming creation was a fish painting, which was inspired by the Italian painter Giuseppe Arcimboldo and took her around 10 hours to create.

Mimi Choi believes that, in addition to cosmetic talents, the most realistic illusion is achieved by the use of lighting, backgrounds, and camera and face angles. She watches to make sure that the lighting does not reach the darkest shadows of the face since this might disrupt the sense of empty space created by the lighting. She produces the majority of her viral looks at her own home, in front of a giant lit mirror. When she is traveling or working on set, she strives to keep her equipment as basic as she can.

Water-based face paints, matte eye shadows, and eyeliners are among her must-haves for the day. Choi believes that a successful appearance is one in which she is able to portray emotions via her artwork. Her ultimate objective is to make work that shocks the audience into contemplation. 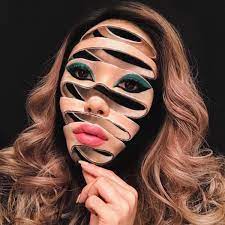 She is the creative force behind Ezra Miller's immediately recognizable Met Gala ensemble from this year. Choi began working on this look at 3 a.m. and finalized it at 8 a.m. for a photoshoot the following morning. The illusion stayed up throughout the day, even though a nap, and as Miller walked the red carpet at 7:30 p.m. A number of celebrities, like Shay Mitchell and Jeff Goldblum, are lovers of her work as well. Furthermore, she has a following of more than a million people who are fascinated by her stunning, and at times dizzying, alterations. 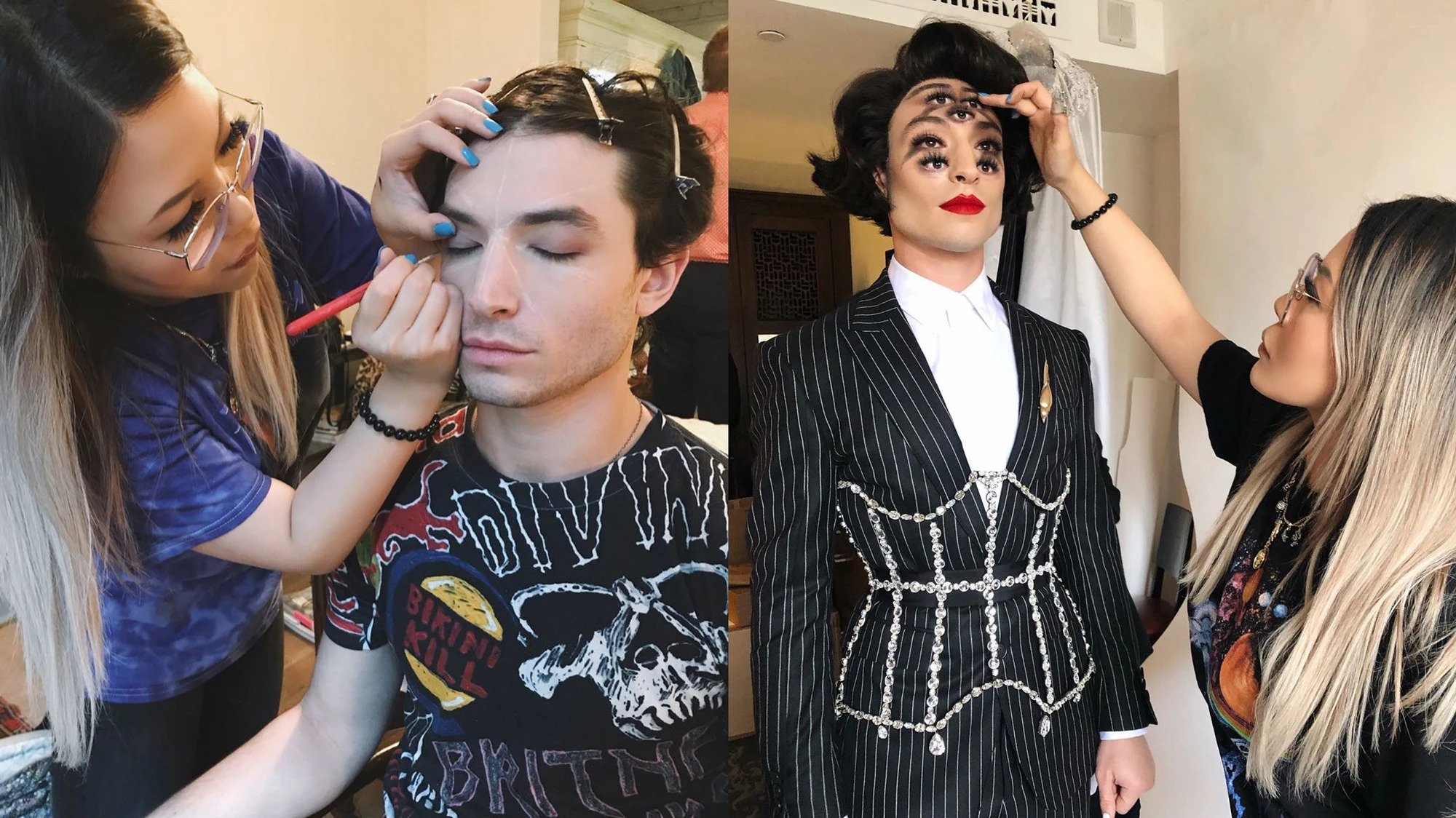 When you study with Mimi, you'll discover that the road to becoming a professional makeup artist is more than simply a desk, a grade, and a certificate. Every element of your life – each filled with color, form, shadow, and possibility – becomes a learning experience via immersion and experience. This road begins in the classroom and branches out into every part of your life.

“Every student can do well if they’re determined and passionate,” Mimi insists. “If you want to succeed, don’t just dream about it, do it. Don’t say ‘maybe.’ You only have one life. That’s why, when I teach classes, I tell students that if you see something that really inspires you, don’t be afraid to create something out of it. And one of the hardest but most important things I’ve learned is to not compare yourself to others. The universe will provide you a path that is unique and good for you.”

Mimi Choi Brings Fear to Life with Her Makeup Artistry

Where Is Mimi Makeup From?

Vancouver, British Columbia, Canada. Mei Mimi Choi, 31, is a makeup artist from Vancouver, Canada who specializes in creating utterly amazing hyperreal optical illusions on herself and other people.

Mimi Choi is a make-up artist who is well-known for her psychedelic illusionary makeup looks. She suffers from sleep paralysis, and during these periods, she experiences vivid visions that have frequently served as inspiration for her artistic endeavors.