8 Of The Most Controversial TV Shows Of All Time 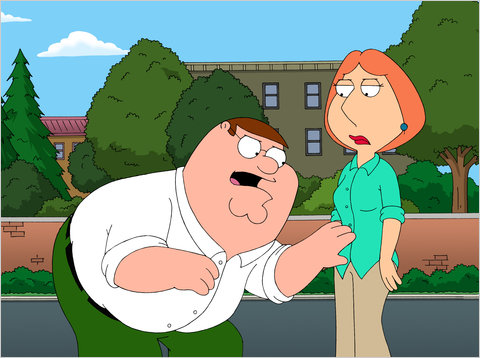 A television show can either bring viewers together or divide them. After all, what appeals to one person may offend another. While some of the following scenes are graphic in nature, others are shocking for unexpected reasons. These are the most controversial TV shows of all time.

Most people would agree that Seinfeld wasn't quite as good at the end of its run as it had been in the beginning. One of the series' final episodes, "The Puerto Rican Day," proved that hypothesis and sparked a controversy.

The central characters are stuck in traffic due to the city's annual Puerto Rican Day Parade in this episode. There are several problematic scenes, including one in which Kramer sets fire to a Puerto Rican flag and then stomps on it. Many people were outraged, including the then-president of the National Puerto Rican Coalition. NBC was forced to issue an apology, and the episode was banned for several years.

When Keri Russell Cut Off Her Hair On Felicity

With all of the violence, sex, and politics on this list, it's difficult to understand why a haircut made such a fuss. But when Felicity chops off all her hair as a way of starting over in the second episode of Season 2, it blew up in a way that's still being debated today. Senior executives at the show's network, The WB, stated that they received a large number of email complaints.

Furthermore, the series' ratings dropped, and "the haircut" may have been at least partially to blame. Though we can all laugh about it now, the dramatic change caused audiences to react negatively, emphasizing how important appearance is on screen.

When Ellen Morgan Comes Out Of The Closet On Ellen

Ellen DeGeneres was a regular comedic actor — albeit a very talented one — before she became the playful talk show host she is today. She quickly rose to prominence as the star of her own sitcom Ellen.

In order to keep its subject matter under wraps, the Season 4 two-part episode titled "The Puppy Episode" saw Ellen Morgan fall in love with a woman and discover that she identifies as a lesbian. This was a huge deal in 1997, and the show lost some of its sponsors, while DeGeneres and Laura Dern, who played the woman who helped Ellen come to terms with her sexuality, faced post-show career difficulties.

The X-Files Goes To A Dark Place

The X-Files, like the other sci-fi shows on this list, has had its fair share of dark and disturbing creatures. But it was "Home" from Season 4 that shook viewers (and the network) to their core.

Glen Morgan and James Wong, who had left the show after Season 2, wanted to make a big impression with their return to Mulder and Scully's world, so they created a monster-of-the-week episode about an incestuous family living in a rural Pennsylvania town.

"Home" is violent and gruesome, but it's also more realistic than the series' usual alien-driven plots, which makes it even creepier. The episode aired only once on Fox.

Spike Tries To Rape Buffy On Buffy The Vampire Slayer

Buffy the Vampire Slayer's use of monsters as metaphors allowed it to cover a lot of very real territory for a series about magic and mythical creatures. However, as time passed, the trouble the characters faced was frequently exactly what it appeared to be, which can be almost as frightening as fiction.

Spike, a vampire, and Buffy, a human woman, have recently ended their relationship in the Season 6 episode "Seeing Red," and Spike is struggling to get over it. He tries to force himself on her sexually out of desperation, and the injured superheroine only just manages to get him off of her before she yells at him and he flees.

This episode was crucial in Spike's character arc, compelling him to seek out a way for him to be re-ensouled, making him a man worthy of Buffy. It was also significant because, while Spike's lighter side was frequently displayed, he was still a monster up until that point. Nonetheless, the scene was extremely difficult for both fans and Spike's actor, James Marsters, who described it as "the hardest day of his professional life."

The Simpsons Go To Rio

The Simpsons, Fox's long-running animated sitcom, portrayed the titular family in Rio de Janeiro, Brazil, where their typical antics ensued in a 2002 episode. What's the issue? According to then-President Fernando Henrique Cardoso, the portrayal of the country and its people "brought a distorted vision of Brazilian reality."

The Rio tourism board was so offended by the portrayal that they considered suing. However, when it comes to satire, the First Amendment makes it difficult to sue, and the idea was eventually dropped, with the show's executive producer James L. Brooks issuing a tongue-in-cheek apology.

Roseanne, a family sitcom helmed by comedian Roseanne Barr, tackled a wide range of issues during its lengthy run on ABC. Barr frequently pushed her series to branch out wherever possible, despite the fact that it was primarily aimed at depicting the real struggles of blue-collar families at the time.

Barr was personally invested in gay rights because two of her siblings identify as LGBT. Roseanne visits a gay bar and shares a kiss with a woman in a 1994 episode titled "Don't Ask, Don't Tell." The network initially refused to air the episode, but eventually did, with a parental advisory warning.

Saturday Night Live, as a long-running show that is mostly live and occasionally ad-libbed, has been chastised on numerous occasions for its content, hosts, and other controversial moments. However, a seemingly innocuous incident blew up a few years ago.

Ashlee Simpson, Jessica Simpson's sister, was at the pinnacle of her own fame in 2004 when she appeared as a musical guest on an episode of Saturday Night Live. During the second song, the incorrect backing track, including vocals, began to play, revealing that Simpson had been lip-syncing her performance.

She apologized for the incident and later stated that she had been suffering from a health problem, but this was the beginning of the end for her.

Television has been responsible for some of history's most significant cultural shifts. It has the potential to alter our perceptions of celebrities or open up discussion of previously taboo topics. It can both start and end careers.