Mother Confirmed Her Twins Are Half-Brothers With Different Biological Fathers 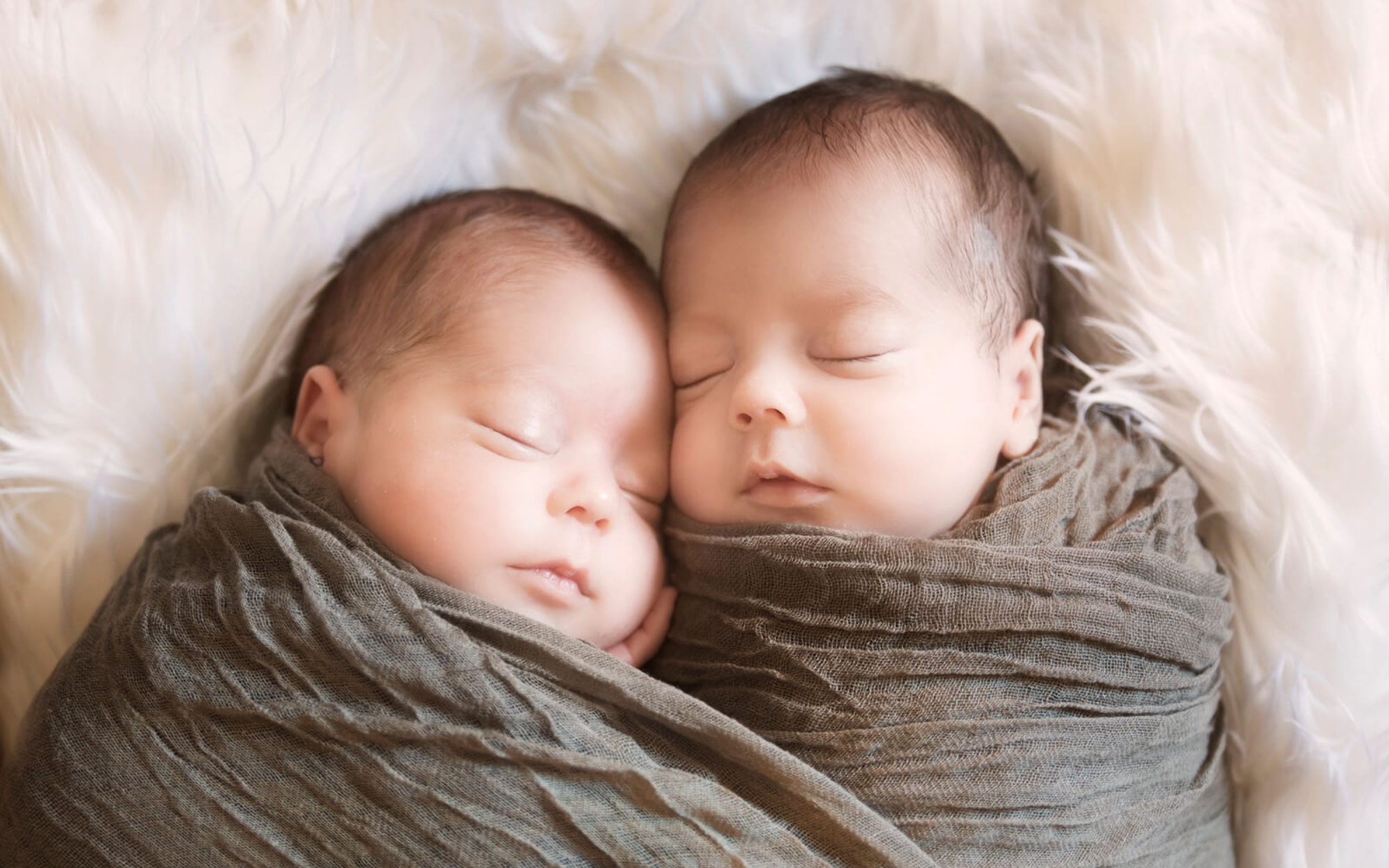 If you're expecting and giving birth to twins, there will be twice as many hugs, kisses, and giggles in the days to come. However, it is not just a bunch of hugs for a Brazilian mother to experience, but instead, a bunch of shocks. Here is the shocking news that went viral: A mother confirmed her twins are half-brothers with different biological fathers.

The mother of twins lived in Mineiros, a municipality in the southwest of the state of Goiás, Brazil. The attending physician, Dr. Tlio Jorge Franco, said her condition was extremely unusual.

Globo, a Brazilian news site, said that the 19-year-old woman had sex with two men on the same day. Nine months later, she gave birth to twins. She says that when the babies were eight months old, she started to have doubts about who their father was, so she got a paternity test from one of the men to clear her mind.

When the results came back, however, he was revealed to be the biological father of only one of the babies. As a result of this, she called the other man she had sex with and instructed him to get a DNA test, the results of which were positive. 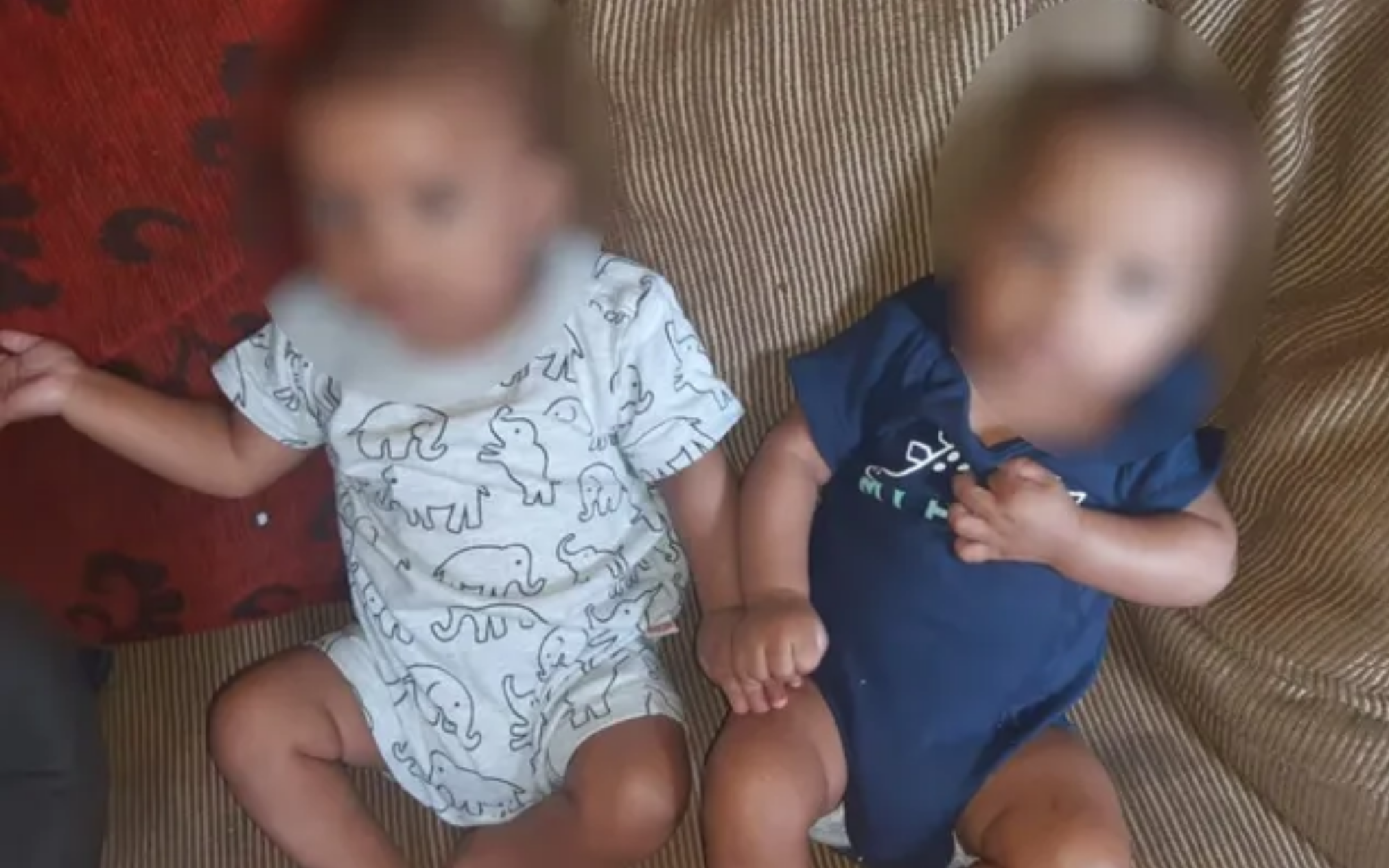 The young woman, who wished to remain unnamed, said: "I was surprised by the results. I didn't know this could happen. They are very similar."

Franco said that this isn't the first time something like this has happened, and that the woman's case is the 20th one ever recorded. The physician found out that this case is formally known as "heteroparental superfecundation." Afterwards, Franco explained:

It is possible to happen when two eggs from the same mother are fertilized by different men. The babies share the mother's genetic material, but they grow in different placentas.

11-month old twins from Dallas Justin and Jordan have different fathers, a phenomenon known as heteropaternal superfecundation, which is so rare that only a few documented cases exist in the world. Their parents, Mia Washington and James Harrison, became known to the public.

Washington said she was shocked that she had gotten pregnant with twins while having an affair with another man. She told FOX4, a TV news company, "I have twins, but they’re by different fathers."

Washington and Harrison decided to conduct a paternity test after noticing that the twins had distinctive facial features. They visited Dallas DNA Lab Clear Diagnostics, which claimed that they had never seen a result quite like this one and that there was a 99.999 percent chance that Jordan and Justin were fathered by different men.

It is very likely that Jordan is Harrison's biological son and that Washington had an affair with the man who is Justin's biological father. Genny Thibodeaux, the president of Lab Clear Diagnostics, said that the news was "very crazy" and that "most people don't believe it can happen."

Washington said she is sorry for what she did wrong and wants people to know that this can happen. So she advised all women and said

Don't put yourself in my shoes, because it can hurt and it does hurt, but you still have to go on with life. Be careful about starting an affair – look what happened to me. Think hard about the consequences first, because the most bizarre things can happen when you least expect it!

Can Twins Have Different Mothers? 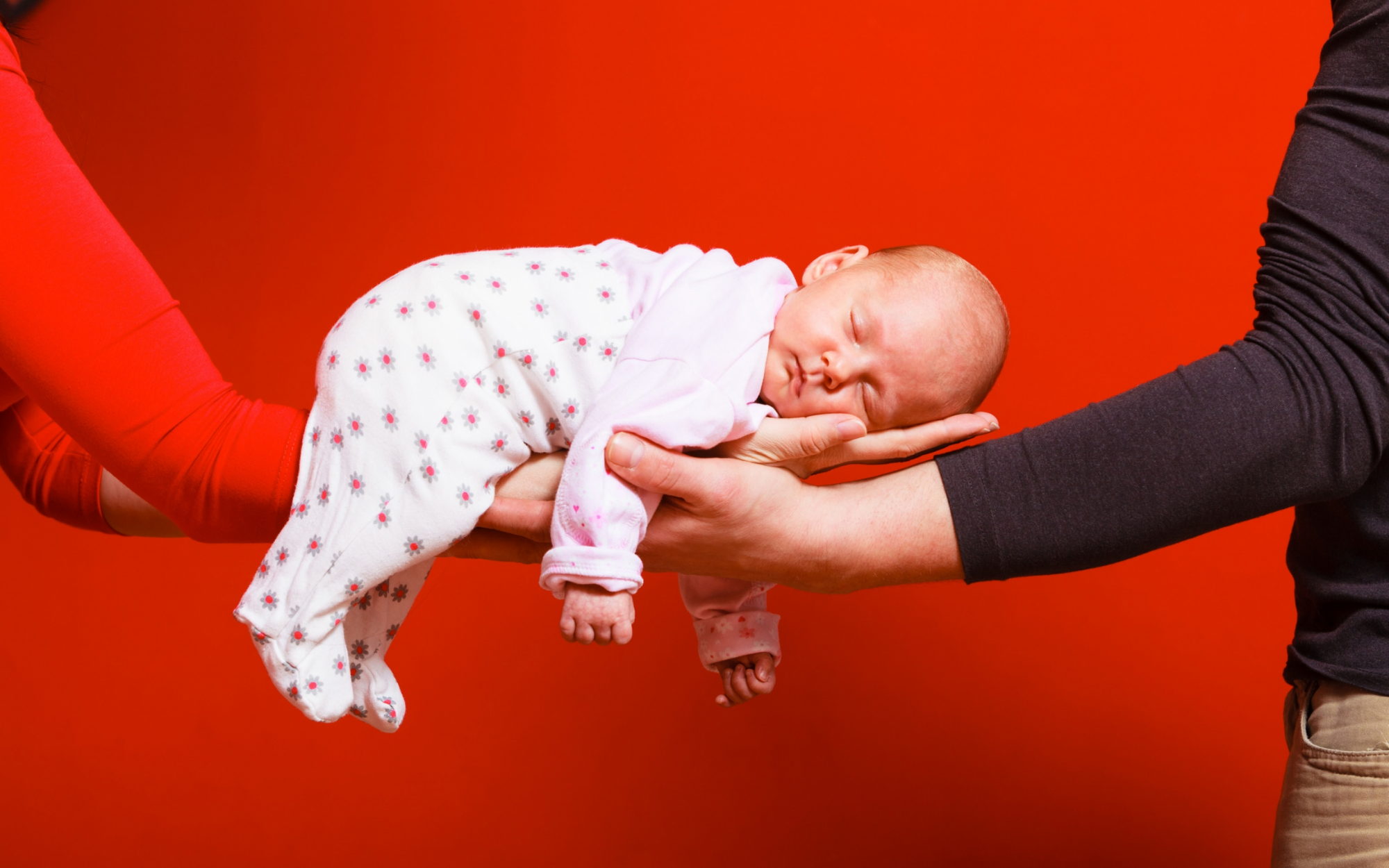 A sleeping baby rests on the hands of two people

Is it true that twins can be born to different mothers? It doesn't make sense, and the idea seems completely out of the question. But surrogacy and in vitro fertilization helped make it possible for Connor and Cameron Payne to be born 16 days apart at different hospitals.

Kathy and Ray Payne had been trying to start a family for eight years. When their fertility treatments, embryo implants, and miscarriages kept happening, they finally agreed to think about their doctor's suggestion to apply for a surrogacy to get pregnant.

Kathy Payne was discovered by Angel Willis, a 29-year-old mother of three, on a surrogacy website. They had dinner together and decided to try surrogacy after talking it over.

My twins have two different fathers! | The Maury Show

Heteropaternal superfecundation, in which the fathers of a set of identical twins are different, is exceedingly unusual. Multiple eggs are released during a single menstrual cycle. The sperm of another man must then fertilize the egg during a sexual encounter that happens soon after the first egg was fertilized.

Ovulation occurs anywhere from 12 to 24 hours after an egg is released, so for this to occur, a woman must have sex with a man, release an egg, and then have sex with another man within this time frame. Due to the fact that sperm can survive inside the human body for up to five days, this time frame can be stretched.

What Happens If Two Different Guys Nut In You?

"What happens if a woman has sperm from two different men in her?" This topic is discussed on Quora, and many users participated in this discussion. The article selects remarkable comments from the user, which are presented below.

Nothing out of the ordinary. Women only ovulate one egg so usually only one baby can be produced. Having different kinds of sperm inside you doesn't change that. However, in the very rare case that she ovulated two eggs she could become pregnant with two children from different fathers. If a woman had the sperm of two men deposited into her vagina the sperm would have to swim through the vagina, the cervix, into the uterus and then up into the Fallopian tube.

"However, in 5-10% of cases a woman can ovulate two eggs. This is how fraternal twins are conceived. In this situation if one spermatid from each man reached the two different eggs then the woman could be pregnant by two different men’s sperm at the same time. Otherwise, the sperm from one man could fertilize both."

One user had the same thought. It reads:

"Most common thing will be she will be pregnant with one child from any of those 2 men. In extremely rare cases she can be pregnant with a twin with both the kids belonging to 2 different men."

"Probably the most unusual thing that could happen is called heteropaternal superfecundation. Common in other mammals such as cats and dogs it is very rare in humans. This is where the woman releases two eggs during ovulation and like with fraternal twins both are fertilized but with sperm from different fathers. So the woman becomes pregnant and gives birth to two children who are only half-siblings."

What Is It Called When A Woman Has Twins With Different Fathers?

Can A Mother Have Twins With Different Fathers?

The answer to this question is yes, but only in situations in which the twins are fraternal. This is because identical twins are formed from a single egg and sperm combination, and as a result, they cannot have different fathers.

Are Twins With Different Fathers Half Siblings?

Hetero-paternal super-fecundation, or twins with different fathers, will result in half-siblings. Unlike fraternal twins (two separate eggs fertilized by the same man), who are full siblings because they share half of their DNA. Fraternal twins can be of any gender.

Who Is Most Likely To Have Twins?

The Office on Women's Health reports that women over the age of 30 have a higher chance of having twins. This is because, compared to younger women, women in their thirties are more likely to release multiple eggs during each reproductive cycle.

What Increases Chances Of Having Twins?

It is more likely for a woman to have twins if she consumes a lot of dairy, waits until she is older than 30 to have children, and gets pregnant while she is still breast-feeding. There is a correlation between the use of fertility drugs like Clomid, Gonal-F, and Follistim and an increased chance of having twins.

The boys are one and a half years old right now. The physician made the announcement this week. The mother claims that her son's father took custody of the two boys and registered them. "He takes care of both of them, helps me a lot to create and gives them all the necessary support they need," the doctor said.

"It's extremely rare. It happens one in a million. I never imagined that I would see a case like this in my life", Franco said.

Because this is a rare case, Tlio Franco and his students spend more time on it. A student had to write a scientific article that could be published in national or even international journals.