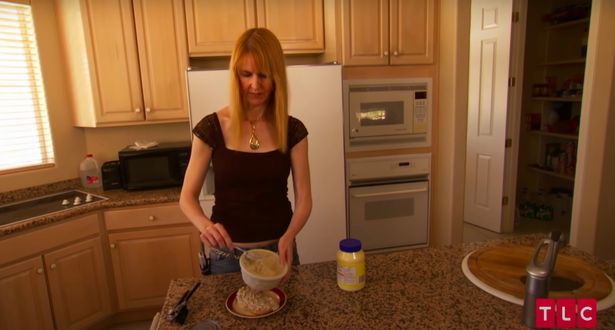 A multimillionaire woman is a certified extreme cheapskate. With the word "multi-millionaire," you can buy anything you want. You can even travel to another country to taste the local cuisine and purchase new items for your home. This rich woman, whose name is Aimee Elizabeth, wouldn't do that.

Because she was so cheap, she would rather eat cat food than human food. According to entertainment sources such as LadBible, Elizabeth's net worth is approximately $5.3 million.

Her strange way of life appeared on the TLC show Extreme Cheapskates. This tv show is about people who will do anything not to spend money. These people come up with crazy ways to save money, like making their own reusable toilet paper and dental floss and diving into trash cans to find gifts. Let's watch this video below:

One of the times I noticed Aimee was a cheapskate was [when] I came over to her house and she asked me if I wanted lunch. So I said, 'Sure'. She makes me a tuna sandwich. As I'm eating the sandwich I'm thinking, 'This is a little fishy, what is this? And then I looked on the countertop, and I noticed there were empty cat food cans. I thought, 'No, she didn’t do this!'

What do you think about this? If you were in this situation, you would definitely spit out the food that was given to you, and you would be mad at the person who gave it to you.

Elizabeth has confessed that, despite the unethical nature of forcing someone else to consume cat food without their knowledge, she chooses to buy cat food because it is more affordable than meat that is prepared specifically for humans. She buys cat food for herself and clearly serves it to others because catfish is 30 cents cheaper than human fish.

She exclaimed on the show while feeding a can of catfish to her ex-husband, "I just saved 30 cents!" He didn't know how far his ex-wife would go to save money, so he said, "I don't think Aimee has ever fed anyone cat food, but I wouldn't put it past her to try!"

Another user commented: "Imagine giving your ex-wife your house, then coming over to clean it for her for free." The third comment reads:

That's why I bought a piece of crap so I wouldn't have to spend money. WHAT SENSE DOES THAT MAKE? also you’ll pay for a lawyer to sue the mechanic because he can’t let you leave the lot with the car but you can’t buy a damn can of tuna? I'm legit at a loss.

She's a horrible person , I feel bad for her ex-husband for even staying with her and after breaking up and cleaning for her and letting her keep the house what an amazing person he is.

A Rich Woman Who Keeps Her Expenses Low

Aimee Elizabeth claims that she never shops for new clothes or accessories and even subsists on cat food to keep her budget in check. Elizabeth claims to be the "cheapest multi-millionaire in the world." She is not interested in living a luxury lifestyle and is quite frugal.

Elizabeth also has a strict $1,000 monthly spending limit that she will not go over. She's learned to live within her means and avoid going over her monthly budget. According to the billionaire:

I keep my water heater turned off, I need 22 minutes to heat it up enough to get a shower so I turn it on every morning when I get up. I set it for 22 minutes so I know exactly when my shower's ready because God forbid I waste another minute on that water heater.

She estimates a monthly savings of $30 as a result. By avoiding making any new purchases, she is able to save over $200,000 annually.

Even though she has a lot of money from her investments, Aimee does a lot of crazy things to save money. This isn't the only one, though. She also won't throw away her dishwashing sponges until they are completely broken.

Aimee also won't pay a cleaner to clean her house, which her ex-husband gave her because he was afraid she'd have to live in a "hovel" otherwise. So, he still comes over to clean the house, and Aimee is happy for him to do it because she says it's "good exercise."