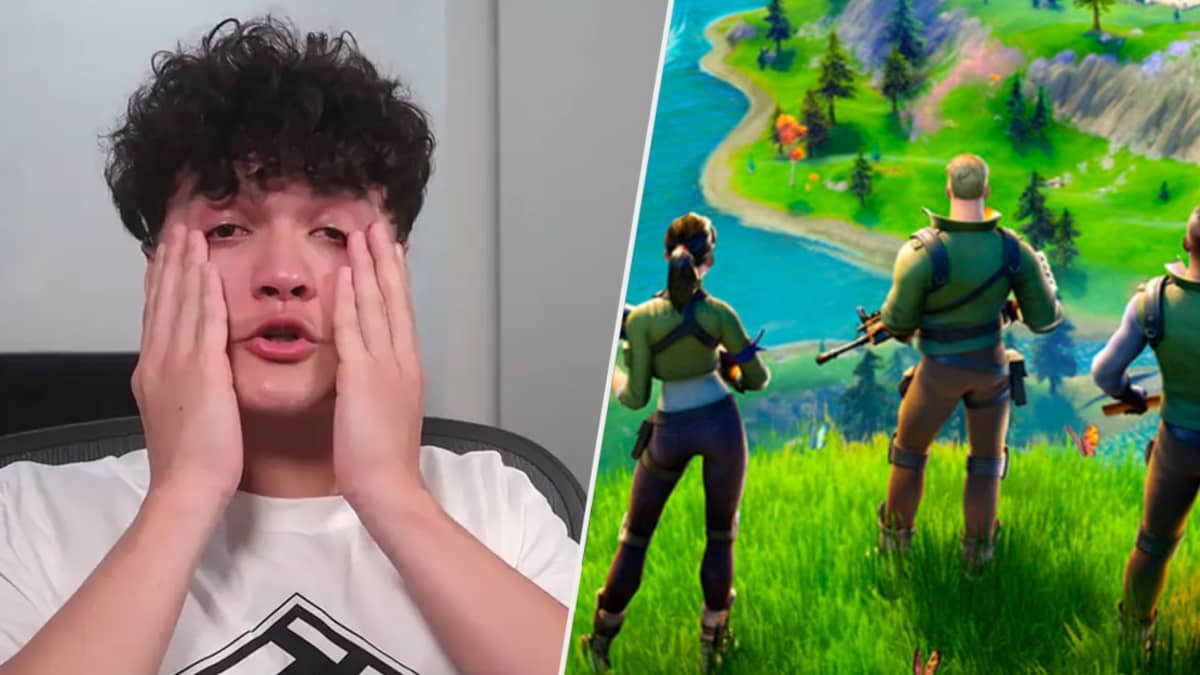 Mum of Fortnite player who was banned for cheating says its broken him. Jarvis Kaye, a professional Fortnite player, received a lifetime ban from Epic's battle royale in 2019.

The streamer and FaZe player received a harsh penalty for utilizing an aimbot to unfairly, rapidly, and accurately auto-focus on opponents. In an emotional six-minute YouTube video, Kaye said he never employed the aimbot during competitive play.

Instead, he says that he only ever used the trick to help him make videos for his Twitch and YouTube viewers while playing casual solos and playground mode.

Despite this, in a press-released statement, Epic stated its position clearly. "We have a zero tolerance policy for the usage of cheat software," the developer said. "When people use aimbots or other cheat technologies to gain an unfair advantage, they ruin games for people who are playing fairly."

It goes without saying that the 17-year-old has been going through a difficult time. Kaye's mother has now spoken out against the gaming community because of Kaye's suspension and the cruel abuse he has been getting.

Barbara Khattri said that Jarvis had "made an error" in a statement. She also believes that the manner in which online commenters reacted to her son's video and suspension was inappropriate. She thinks that the game industry needs to "re-think how it handles individuals."

Mum of Fortnite player who was banned for cheating says its broken him:

Jarvis made an error and he admits that. But the gaming community needs to re-think how it treats people. He's broken. He loves that game. He doesn't have a devious bone in his body and what I really know is that for any mistake that doesn't physically harm a person there should be the chance to make amends.

In a Facebook post that has since been deleted, Mrs. Khattri wrote more about her thoughts on the subject:

It's my turn at the moment to be feeling that abject pain, despair and helplessness today, My youngest son Jarvis made a genuine, naive error of judgement and is currently banned for life from something he loves. As not only a parent and a boss but mostly as just a person. I know first hand how so often the lesson is so much better learned when there is the opportunity to take full responsibility, and actually in whatever way fix or right the wrong!

Why Did FaZe Get Banned From Fortnite?

Epic Games, the company that makes the game, has permanently banned FaZe Jarvis from playing Fortnite because he used cheating tools in public.

Where Is FaZe Jarvis Now?

Jarvis was confirmed to have left LA and his £11.6 million mansion to return back home to the UK, where he is now a full-time YouTuber.

Did FaZe Jarvis Get Unbanned?

No, he was not unbanned. FaZe Jarvis was permanently barred from Fortnite for cheating in 2019.

Mum of fortnite player who was banned for cheating says its broken him. The Fortnite community does appear to be divided by how Epic penalized Kaye, as Mrs. Khattri points out.

Some believe that the adolescent should not have received a lifelong ban because it was an honest (though dumb) mistake. On the other hand, some agree with Epic and think that cheating is cheating and that the punishment is appropriate.