True crime entertainment seems a bit gross to me. I don’t want to alienate the audience here because I know it’s very popular, but the idea of it makes me very uneasy.

It was The Trials of Gabriel Fernandez that really did it for me. The idea of anyone making money from that awful, awful crime turns my stomach, and that’s what Netflix did.

Nonetheless, the popularity of the genre is almost second to none, and when you take away the “true” element of it, I can sort of understand why. 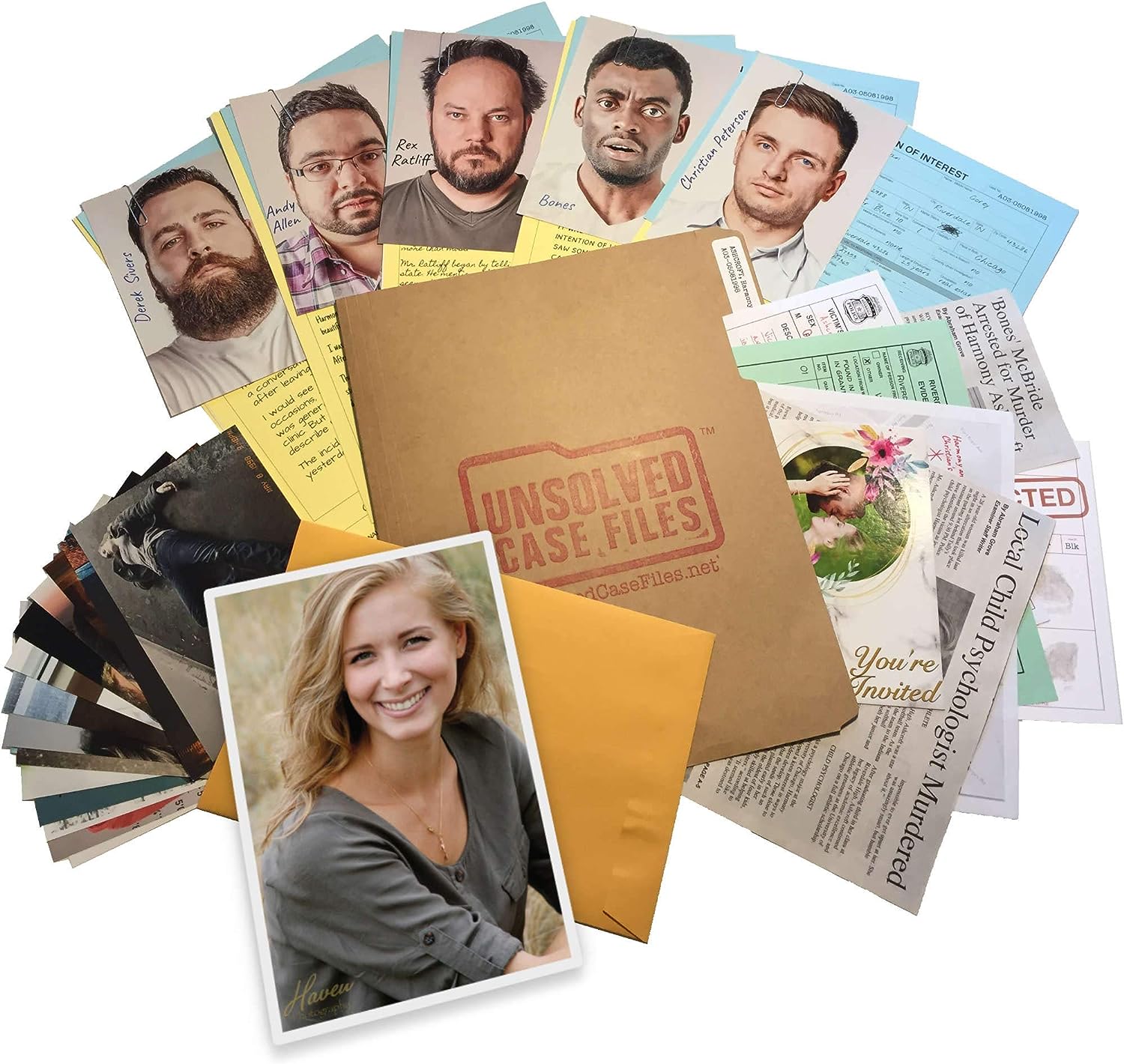 If only there was a way to get involved, without becoming a murderer or being a homicide police officer.

Games where you’re left to work things out yourself are pretty great and probably as close as one can get, and this new game sort of looks like a cross between Cluedo (called CLUE elsewhere in the world), LA Noire and most Netflix documentaries.

Basically, you need to play it if you’re one to watch a crime doc and spend the whole time shouting at the detectives.

Unsolved Case Files is the name of the game, and it was popularised on TikTok by YouTuber Griffin Arnlund, who showed off the case file delivered to her.

The game isn’t based around real crimes, however is made to make you feel that you’re solving a crime that’s as genuine as possible, with the pack including documents, photographs, newspaper clippings, suspect details, finger prints and autopsy reports.

It all seems quite 1950s with the way the case file is formatted, but there’s nothing wrong with that I suppose. It looks like a lot of fun, sort of like an escape room or something. Although having said that, there are currently four cases, which are called Harmony Ashcroft, Jamie Banks, Max Cahill and Jane Doe, and they all require you to get on the internet to get clues and whatnot. Seems like a bit of a shame.

The description for the Harmony Ashcroft case reads:

“On May 8th, 1998, the small Indiana town of Riverdale was shocked by the brutal murder of one of it’s [sic] most beloved citizens on the night before her own wedding. The victim, Harmony Ashcroft, was murdered in the parking lot behind a popular local restaurant.

“Bones McBride, a local vagrant, was framed for the murder and has spent over 2 decades behind bars despite being 100% innocent!“

You can get your case files on the official website, with two more currently in production.