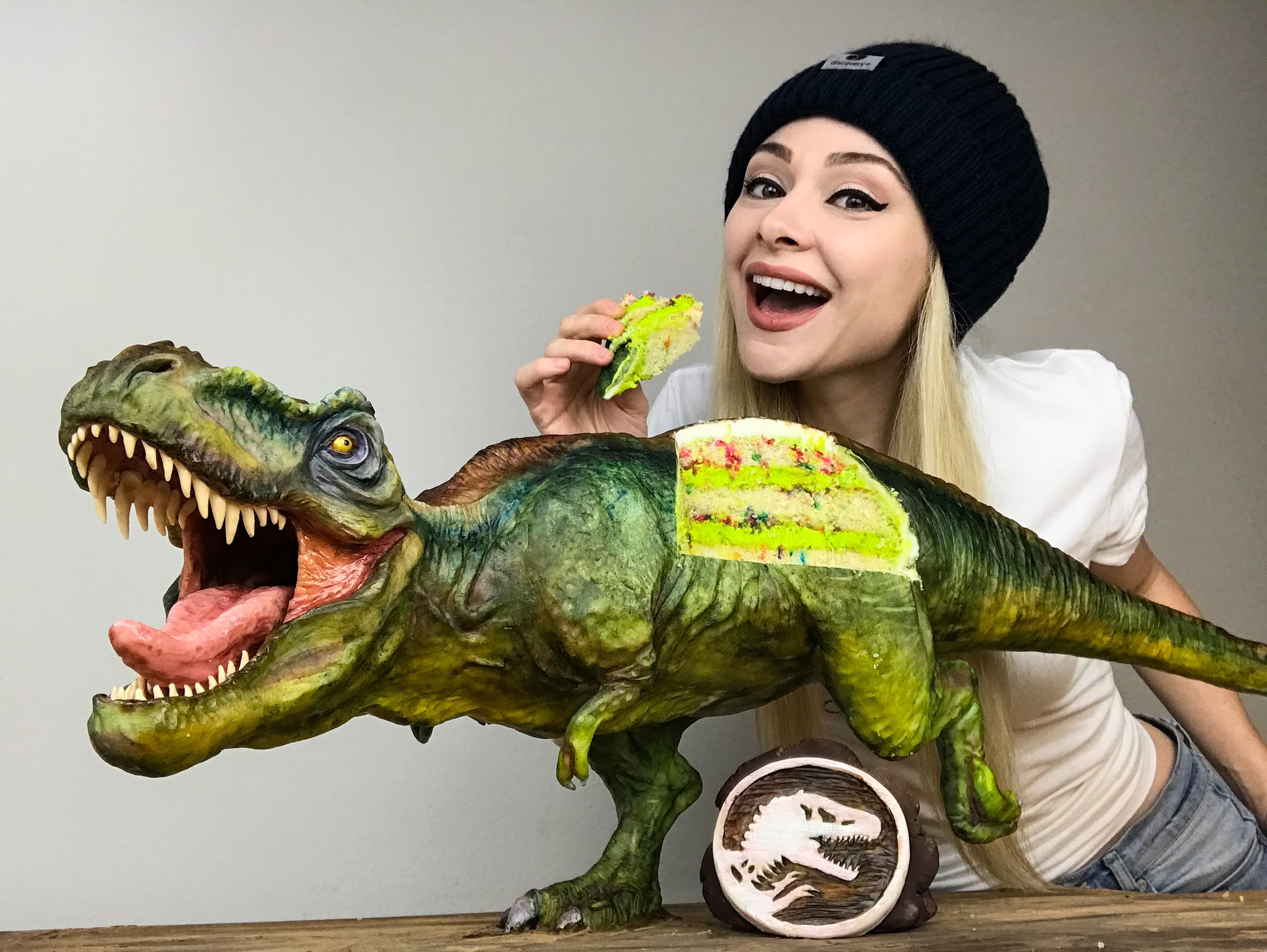 Get to know baker Natalie Sideserf, who is from Austin, Texas, and is most known for her hyper-realistic and cartoony cakes, which do not appear to be cakes until they are cut open on her YouTube channel.

Her movies not only demonstrate the steps involved in baking each cake, but they are also strangely enjoyable to watch. Natalie Sideserf makes hyper realistic cakes that have taken the internet by storm. 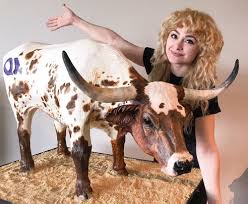 Is there anyone out there who remembers the "the cake is a lie" meme that went viral a decade ago?

It was a slogan made popular by the video game Portal, and it simply means that the promised prize is only a fake inducement to get people to do something.

In the vein of the cake being a lie, there's now a trend in which “this doesn’t look anything like a cake, it’s actually a [insert random item here] but let me just cut it open and, oh my god, it’s a cake,” leading many to believe that anything can be passed off as a cake at this point. However, this is not the case.

And while you're there, why not upvote and comment on the ones that you thought were the best of the bunch? 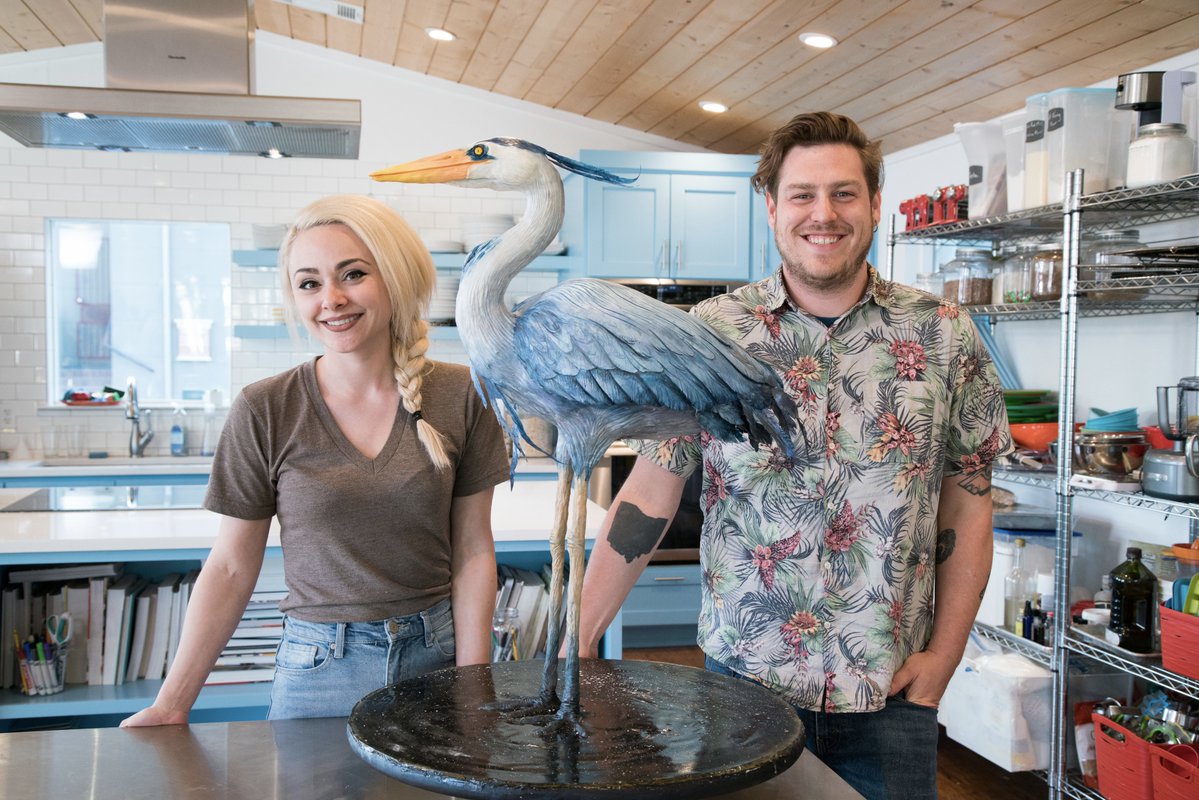 Founder and owner of the Sideserf Cake Studio, Natalie Sideserf, is a fine arts major who decided to try her hand at making a cake for a friend—you know, one of those expensive ones you see on television.

One thing led to another, and today she makes a livelihood doing what she loves.

“In 2008, a friend of mine suggested that I try making a sculpted cake like the ones she had seen on TV. So I tried making a cow skull cake and found the materials to be really interesting and wanted to learn more,” said Natalie.

“In 2011, my husband Dave and I moved to Austin, TX where I started working at a bakery. In 2012, I entered a cake in the shape of Willie Nelson into a cake competition. At the time, I tried looking up reference photos of bust cakes, but couldn't find any, so I was going for something that looked hyper realistic because it had never been done before. My brother posted photos of the cake to Reddit where it reached #1 on the front page. So at that point, I knew I was onto something.”

Currently, Natalie's channel has 442 hundred thousand members, and the channel as a whole has had over 24 million views since it was launched at the end of 2017. Since then, Natalie Sideserf cake studio has published a number of videos in which she demonstrates how she creates cakes in the shape of virtually anything, including pigs, heads, brains, aliens, fruits and vegetables, and even full-blown busts of celebrities such as Michael Scott, Wolverine, Freddy Kreuger, and others.

“My cakes are a mix of customer orders and personal challenges. Sometimes I want to try out a new material or technique, so I do my best to come up with designs that let me experiment,” said Natalie. “When I put new videos up on YouTube, I am sometimes trying new things that I may have never done before so it's very rewarding when the effort pays off. I feel like trying new things and stepping outside of my comfort zone is the best way for me to get better.”

Natalie's cakes may appear to be a piece of cake, but they are anything but, as she explains because they come with their own set of obstacles.

“Some complex designs require a structure to hold the cake up, especially when it comes to "gravity-defying" cakes. So, getting a stable structure is super important and sometimes the biggest challenge.”

She continued: “As far as sculpting, my bust cakes are definitely the most difficult. Getting the proportions right and color matching different tones takes a lot of time, usually around 40 hours from start to finish. That's not to say the cake sits out for 40 hours while I sculpt; I always sculpt the faces ahead of time and add the cake at the very end to make sure everything is fresh and delicious.”

You Never Know What I'm Going to Make Next!

There is a video on Reddit that shows some hyper-realistic cakes such as turtle, dog, hairbrush, and a lot more. People are really enjoying this hyper-realistic technique.

"This is unnerving. I’ll just take some cake from Costco and call it a day."

"Hell I watched the whole video and still cringed at the doggo being cut up."

How Much Do Sideserfs Cakes Cost?

Although the Sideserfs' cakes start at $250, pricing can potentially exceed $1000 depending on the level of personalization and the number of servings required (for example, if you want a bust of your mother that would serve 80 people).

Natalie Sideserf makes hyper realistic cakes and they are all available on her YouTube channel, as well as on her social media accounts, including Instagram, Facebook, and Twitter. What are your opinions on this subject matter? The kind of cake do you like to see made? Do you have any thoughts on what form or theme you'd like? What do you think? Tell us in the comments area.