Nature's Most Terrifying Sounds That Will Astound You 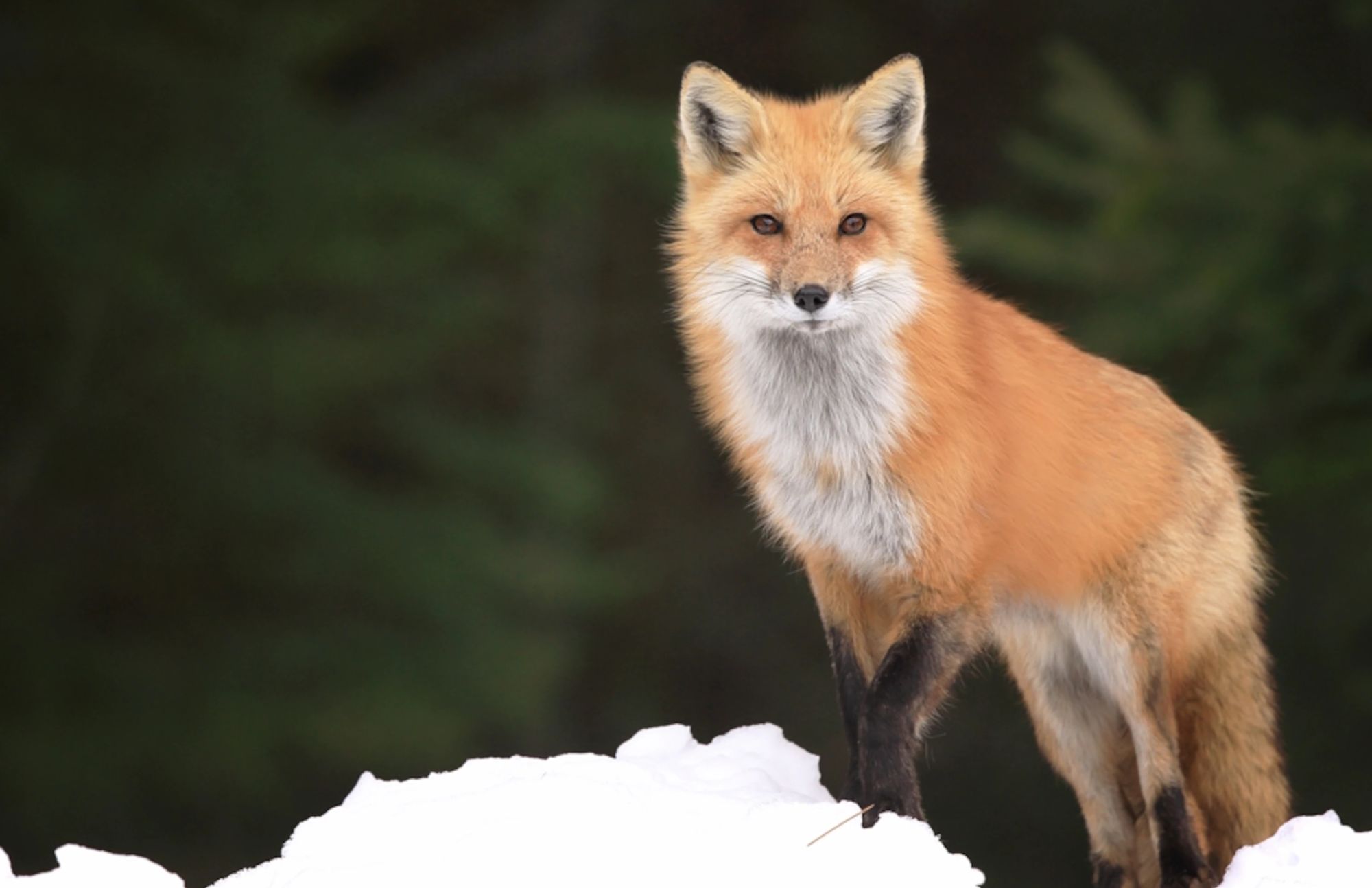 Birdsong and running water are examples of natural sounds that help us to be calm and also lead to a feeling of tranquility.

On the other hand, the boom of thunder can make us feel terrified and send chills down our spine.

Let's talk about this fascinating topic in our article as we progress through nature's most terrifying sounds.

Red foxes are distinguished by their amazing ability to hear distant sounds, such as rodents digging miles underground.

The red fox (Vulpes vulpes), often known as the common fox, is a fox species that can be found in Europe, temperate Asia, northern Africa, and the United States.

The coat of the red fox is distinguished by its long guard hairs and its delicate, velvety underfur, which are often a strong reddish brown color.

It has black ears and legs, and a white-tipped tail.

The open terrain of woodlands, rural and suburban neighborhoods, wetlands, and brushy fields are all ideal habitats for red foxes.

But did you know that foxes can make more than 40 different kinds of sounds?

Their scream-like howl is the most noticeable thing about them.

But if you've ever lived in an area where there are a lot of foxes, you've almost certainly heard one of them howl at something.

And you certainly wouldn't anticipate hearing a sound like that coming from a fox.

You can see below the video footage of a man that recorded the scream of a red fox in the middle of the night.

Watch this video and listen to the eerie sound of a red fox.

I can't tell you how many times I have been sitting outside late at night, heard this, and nearly had a heart attack thinking some woman was being brutally murdered near me. I have been creeped out beyond belief before hearing this alone at 3 in the morning while in the woods. Its awesome to know now that its foxes making all that noise. I wonder how many times people have called the police thinking someone was being attacked or killed only for them to spend hours looking for the real suspect, a fox.

Another user named Anna Brennan also shared her reaction when she heard a creepy sound of a red fox.

Elof Kjellson also shared his thoughts about the screaming sound of this particular animal.

They make even creepier sounds than this sometimes. The one I heard was a long shriek, and it was both startling and haunting. I started to run away immediately as it kept shrieking behind me. I thought it was some alien or something.

Last but not least, Carl Woods said that as he was out night fishing, a fox made a noise directly behind his umbrella at around one in the morning, and he was so startled that he almost fell into the lake.

Many of you may believe that crocodiles and alligators are the same.

However, alligators and crocodiles are both reptiles, but they come from different families within the same scientific order.

Alligators can be dark green or black in color, have u-shaped snouts, are smaller than crocodiles, and have very minute black markings.

Crocodiles are more dangerous than alligators because of their larger size, v-shaped noses, and more aggressive nature.

Large animals like alligators and other crocodilians have powerful tails that serve multiple purposes, including protection and propulsion when swimming.

The dark skin of the animal is covered in scutes, which are microscopic scales made of bone.

In the wild, an alligator will typically live for around half a century at the very least.

Even so, there have been times when animals kept in captivity lived for more than 70 years.

During the breeding season, female alligators lay between 20 and 70 hard-shelled eggs. Isn't that an incredible egg production?

Please be prepared to hear terrifying sounds from alligators in this video.

One of the users on YouTube stated that the only way to truly comprehend how loud the noise is is to experience it firsthand.

The user above added that if you've never been exposed to something like this before, you won't be able to fathom how loud it is.

This is probably one of the coolest things gators do definitely when the water ripples.

Apparently this is what T Rex’s sounded like but WAY WAY deeper, like so deep it would burst eardrums. They don’t have a larynx so they can’t roar like in jurassic park, they just made gutteral honks and humming that you could feel in your body more than you could really hear.

Emeli, on the other hand, noticed something unusual about the way the alligators move in the video.

The Alligator obviously was trying to intimidate you by doing push ups right in front of your face.

One user made a joke about the terrifying sound that alligators make and wrote:

Thanks for recording this, now I can show my room mate what he sounds like when he is sleeping lol.

The largest and most common species of heron in North America is the great blue heron, which stands rather tall and has long legs.

It is usually found in marshes, along beaches, or close to the water's edge in ponds, streams, or other bodies of water.

They have a reputation for being skilled fishers.

Because they capture their aquatic prey by moving slowly or remaining still for extended periods of time, herons are known for their incredible patience when it comes to searching for food.

They waited very patiently for fish to come close enough for their long necks and bills that looked like blades to catch.

This incredible bird is capable of traveling at speeds of between 20 and 30 miles per hour.

Great Blue Herons are known to be the most vocal when they are on their breeding grounds.

When they arrive at the nest, they greet their mates with a squawking "landing cry" that sounds like roh-roh-roh.

In the event that they are directly in danger, birds will let out a screeching awk that lasts little more than two seconds.

European, Asian, and North American forests are home to lynxes, a species of short-tailed cat.

The bobcat, the Canada lynx, the Eurasian lynx, and the Iberian lynx are all examples of species of cats that have short tails.

Lynxes are huge cats that have long legs and large paws.

They also have tufted ears, hairy soles, and a broad, short skull.

They are able to swim and climb well, and they consume birds and other small mammals for food.

Both the bobcat and the Eurasian lynx are known to hunt larger animals, such as deer.

When two lynx males meet during mating season, it's common for a screaming battle to break out.

A solitary animal is one that does not interact with other members of its species.

The National Geographic Wild uploaded a video on the internet of how the lynx scream at one another. You can watch it below.

Let me hear this in the forest and night, I will run and scream in terror.

That screaming is terrifying. How does it come out of something so cute?!

Great job Amos Wiebe! Excellent footage. If I hadn't known better, hearing this while alone in the woods will make me run for my life so fast. Big nope. Thanks National Geographic for sharing.

Later, Diah Wahyuni said that although they are incredible wild animals, their voices sound like people screaming in horror movies.

Foxes scream in the same way that humans do when they are murdered.

The first video in this article clearly shows that the fox has this fascinating but creepy sound.

The screech owl is a bird that many people mistake for a ghost because of its eerie call.

For its thin, high-pitched, downward-trilling "whinny," this bird has been dubbed a "ghost horse."

What Is The Scariest Planet Sound?

The average Tasmanian devil is only a few feet tall. In spite of their diminutive size, though, they are known for their aggressive barking, snarling, and howling.

At first, the creature's demonic yowls alarmed the explorers who first arrived in Tasmania.

Why Do Fox Scream At Night?

It is common to hear foxes making noises at night to attract females. The screams of foxes can also be used to communicate with other foxes and scare away predators.

What Are The Best Nature Sounds?

What Is The Loudest Sound On Earth?

As far as researchers are concerned, the sonic boom was the loudest sound to be heard on Earth since Krakatau's massive eruption in Indonesia in 1883.

Due to displacement along the subduction zone, seawater is said to have entered the magma produced chambers underneath the island.

We are all aware that nature creates a wide range of fascinating sights and sounds.

Those animals featured in this entire article are one of nature's most terrifying sounds that will make us stunned.

The author hopes you enjoyed reading this article.