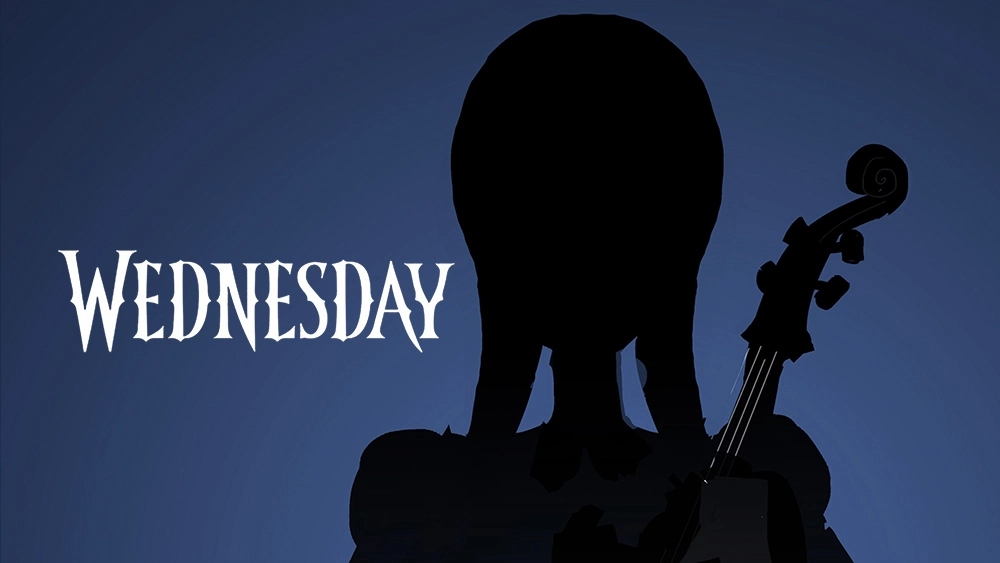 On August 17, 2022, Netflix unveiled the first look of the new Addams Family in the ‘Wednesday’ series.

You now have your first look at the trailer for Netflix's upcoming series "Wednesday," which is about Wednesday Addams of the Addams Family.

The autumn premiere of the series will feature Jenna Ortega in the lead role.

In the trailer, you see Wednesday returning to her parents' old school after being expelled, where she will finally get to know kids her own age who will get her.

The synopsis for the series states, “The series will chart the titular heroine’s years as a student at the peculiar Nevermore Academy as she attempts to master her emerging psychic ability.”

“While also thwarting a monstrous killing spree terrorizing the local town and solve the supernatural mystery that embroiled her parents 25 years ago — all while navigating her new and very tangled relationships of the strange and diverse student body.”

Netflix unveiled the first look of the new Addams Family in the ‘Wednesday’ series, in which Catherine Zeta-Jones and Luis Guzmán turn into Morticia and Gomez Addams.

Jenna Ortega will play Wednesday, while Isaac Ordonez will play her brother Pugsley.

Vanity Fair provided an exclusive first peek at the Addams family in all their gothic splendor.

The family portrait shows Morticia in her sweeping gown and Gomez in his pinstriped suit, echoing Addams Family creator Charles Addams' cartoon drawings from The New Yorker in the mid-20th century and previous Addams Family adaptations. 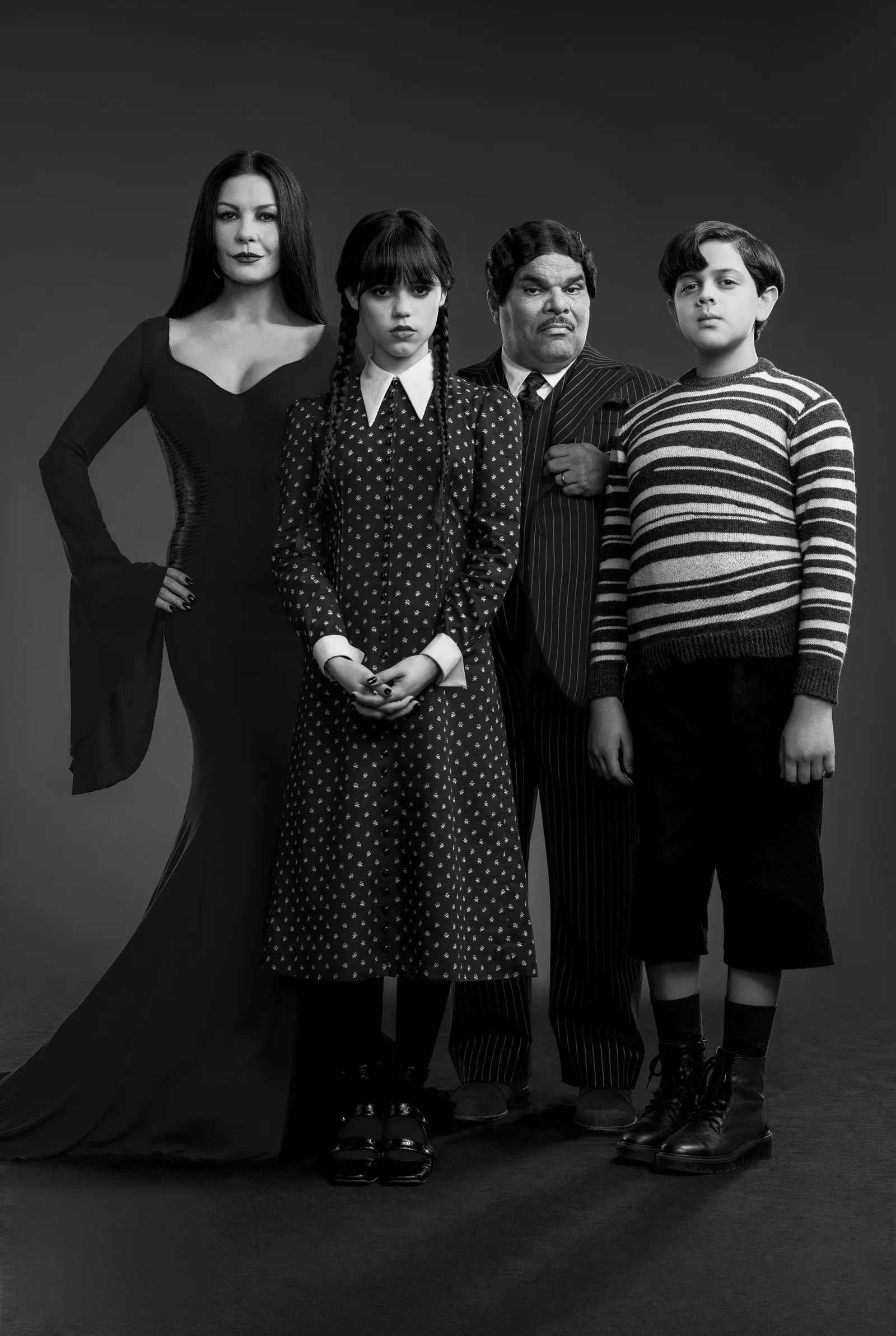 The Addams Family portrait from the Netflix's series Wednesday

Tim Burton, the director, will direct four of the eight episodes and executive produce the comic horror series created by Miles Millar and Alfred Gough (Smallville).

According to Entertainment Weekly, the series is a young adult series that will include original Wednesday actress Christina Ricci as a brand-new character with details being kept under wraps.

When Netflix first announced that it will be releasing a new Wednesday Addams series, people hoped that Christina Ricci, who played the legendary character in the 1991 film The Addams Family, would be involved in some way.

So people weren't surprised to learn she'd be playing a character in the adaptation.

Ricci, on the other hand, seemed to have been taken aback.

Clearly ignorant of her fame, she said she was "flattered" when Tim Burton asked her to be a part of the new production, though not to reprise her role as Wednesday.

“It’s super fun. I loved working with Tim [Burton],” she said in a new interview with Variety, although she remained silent on her part in the program.

It's exciting to be a part of the character's next incarnation.

Ricci previously expressed her delight for the new play in an interview with Variety at a Yellowjackets fan event, claiming it was loyal to the "heart and soul" of the original.

“I saw some of the wardrobe photos before I went, so I knew [what she looked like in character] and I was like, it’s such a great modern take on Wednesday.

It’s so true tonally to the heart and soul of [the original], but then it’s incredibly modern and it’s great.”

While people don't know when the aptly named Wednesday will premiere, here is a little more about the actors and what to expect from the new series.

What Is Wednesday Netflix About?

Wednesday Addams is difficult not to love, from her morbid curiosities and strange experiments to her pallid skin and distinctive dark braids.

So it's safe to say people were ecstatic when people learned that the character would be getting her own live-action Netflix series, directed by none other than Tim Burton.

The eight-part comedy series, which has been in the works since October 2020, will follow the girl during her tenure at Nevermore Academy. 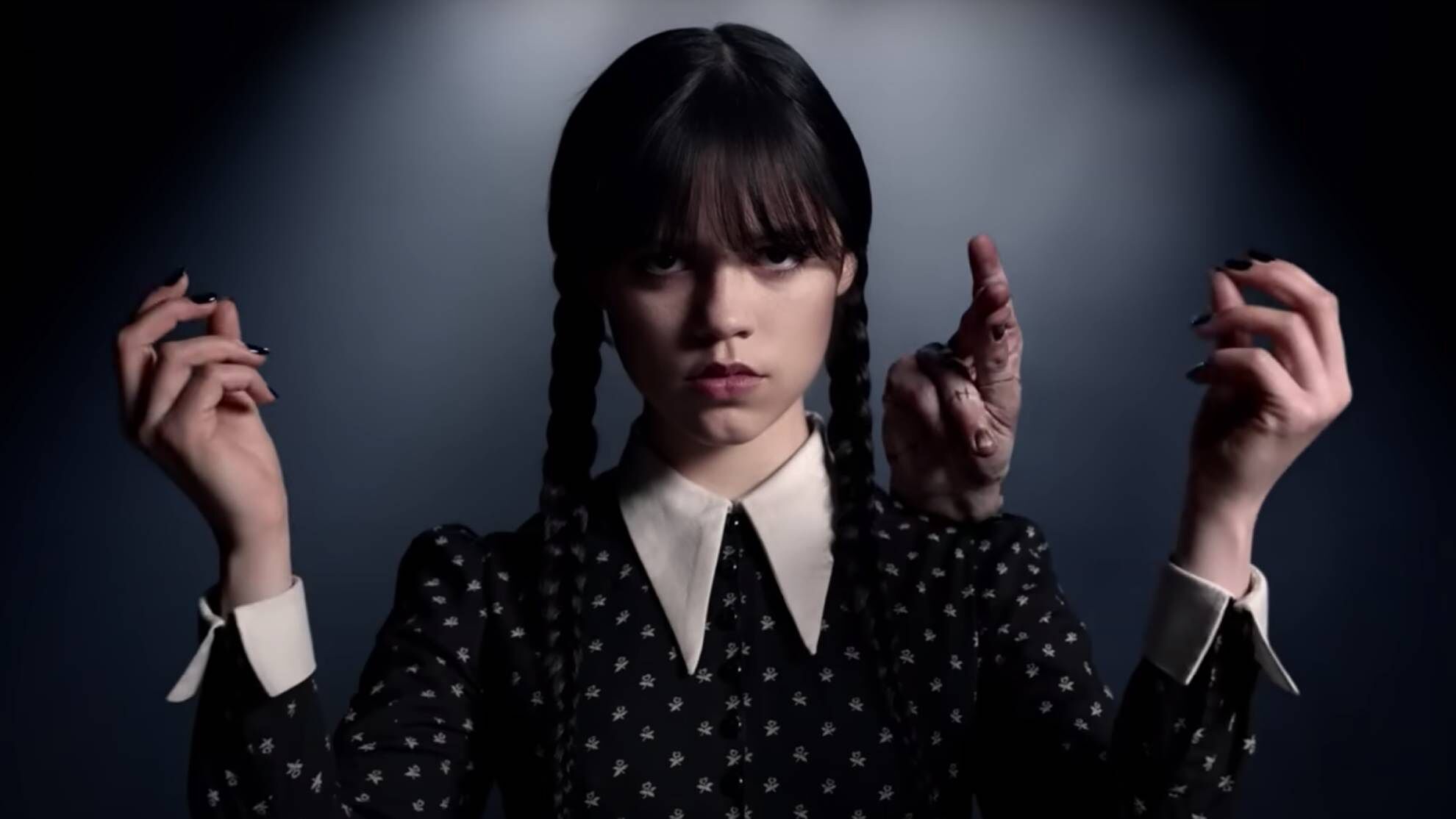 The project, which will mark Burton's directorial debut on television, is characterized as a "sleuthing, supernaturally tinged mystery" that will follow Addams as she grows up.

“Wednesday attempts to master her emerging psychic ability, thwart a monstrous killing spree that has terrorized the local town, and solve the supernatural mystery that embroiled her parents 25 years ago – all while navigating her new and very tangled relationships of the strange and diverse student body,” according to a press release for the show.

The cast of Netflix's Wednesday is looking quite impressive.

While Ricci will not reprise her role on Wednesday, she will appear as an unnamed series regular.

Netflix stated on Twitter in March that Ricci will join the cast as an "exciting new character" rather than an iteration of her previous role.

According to Deadline, Ricci's portrayal of Wednesday in the Addams Family films was so popular that when the impending Netflix series was announced, fans of the brand created a petition requesting that she be hired in the program.

It appears to have worked.

While details about Ricci's role are being kept under wraps for the time being, its fans do know that Jenna Ortega (The Fallout, You) will portray the titular character, while Catherine Zeta-Jones will play matriarch Morticia Addams and Luis Guzmán (Narcos) will play Gomez Addams.

Gwendoline Christie will also appear in the show as Larissa Weems, the principal of Nevermore Academy who has a grudge against her former classmate Morticia Addams.

Fans have been treated to a first peek at the entire Addams family roster in an exclusive image from Vanity Fair. 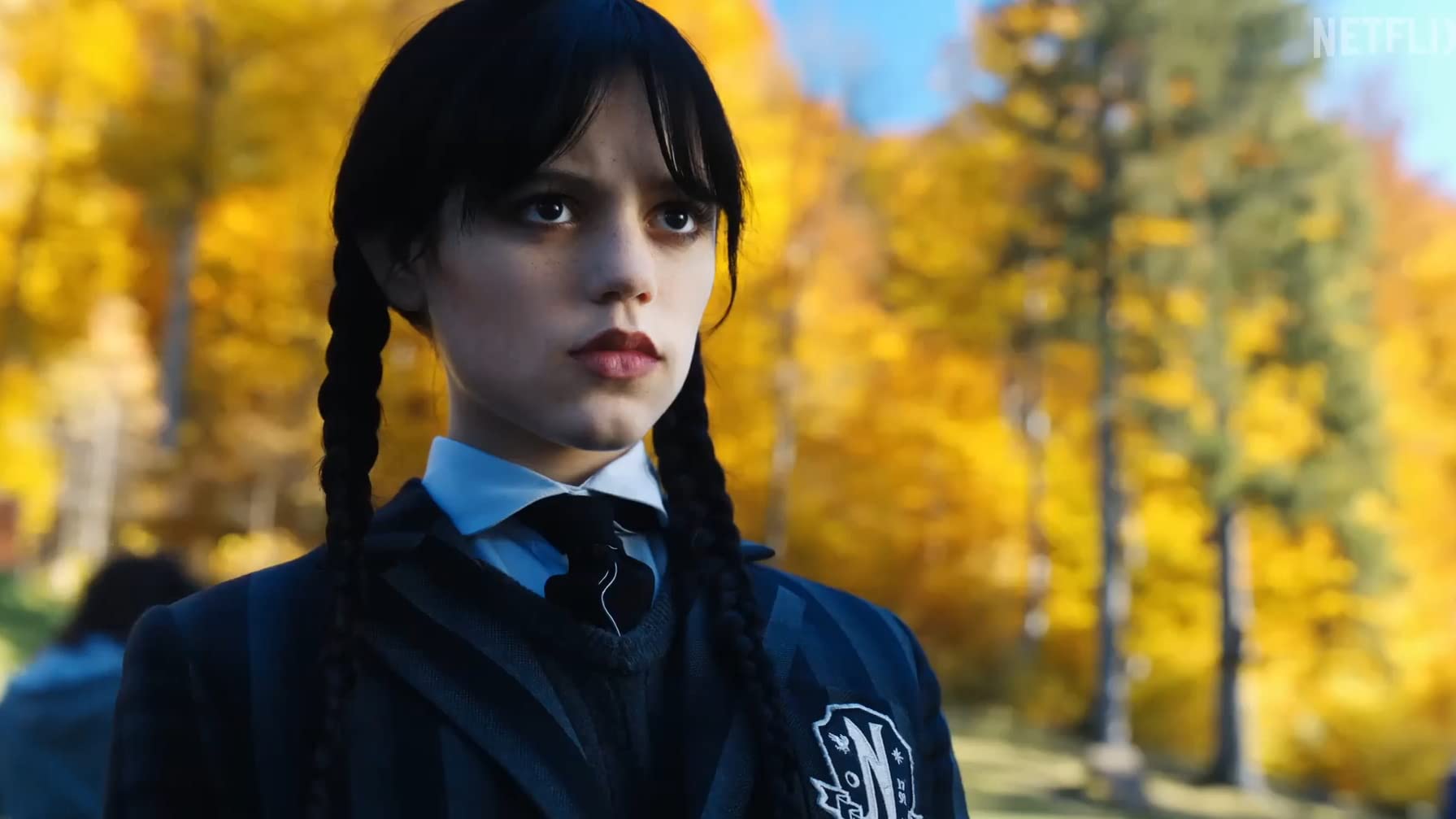 Who Has Played Wednesday Addams Before?

This isn't the first time Wednesday Addams has been reimagined.

She has experienced a variety of alterations since the original Addams' cartoons in The New Yorker, including the 2019 animation The Addams Family, which saw Chlo Grace Moretz voice the character, and the Broadway musical The Addams Family: A New Musical, which imagines Wednesday as an 18-year-old.

Then there's Ricci, who portrayed Wednesday in the 1991 film The Addams Family when she was 11 years old, and then returned the role two years later in Addams Family Values.

What Is The Release Date For Wednesday?

The exact release date for "Wednesday" is not announced yet by Netflix but it is expected to be premiered in fall 2022.

Is Wednesday Addams A Series?

Yes, it is a series on Netflix.

Where Can I Watch Wednesday Addams?

You can watch the "Wednesday" series on Netflix.

Tim Burton's new live-action rendition of the Addams Family series will be released on Netflix in late 2022 as Netflix unveiled the first look of the new Addams Family in the ‘Wednesday’ series this week.