Could this be the new Love Island? It may be about time we had a dating show shake-up.

If you aren’t one of the viewers who claim they’re already addicted to Netflix’s new dating show, Love Is Blind – let’s start by filling you in with all the deets.

As you can probably gather from the show’s title the hopeful singles all want to be loved for ‘who they are, rather than what they look like’.

The show is already in its final days of Netflix’s ‘three-week event’, each episode is 50-minutes long and sees 30 men and women date each other, in rotation, from isolated ‘pods’ where – sight unseen – they pair off.

They must get engaged before they see each other for the first time – yes really. 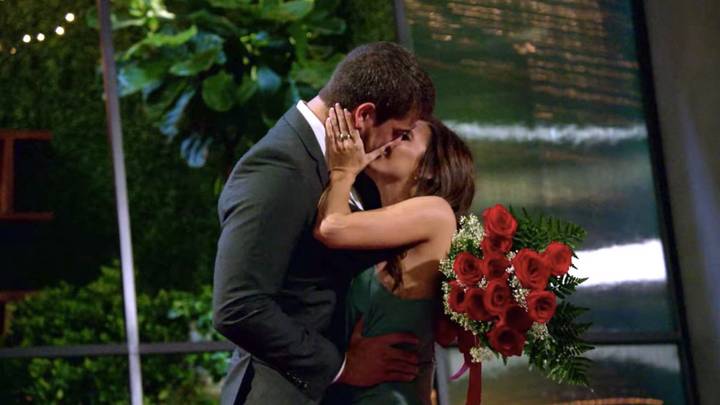 This is where the crazy part comes in.

They then must zip through many relationship milestones in just one month before their wedding day such as their first holiday, cohabitation and meeting the ‘rents.

It is then when they decide whether to confirm their nuptials and say: “I do” at the altar. 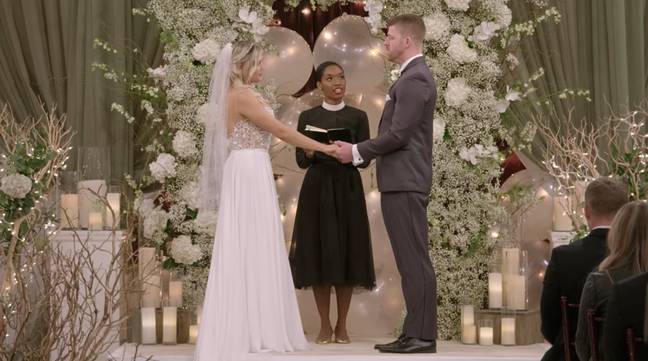 Tomorrow’s episode sees the finale where they make their ultimate decision.

Its absolutely bonkers and reminds me of Channel 4’s Married at First Sight – remember those hash-up relationships – matched on science my a**.

They were pretty much all failures, so we don’t hold up much hope for Love Is Blind contestants.

The programme synopsis says: “In the Netflix series Love is Blind, singles who want to be loved for who they are, rather than what they look like, have signed up for a less conventional approach to modern dating where they hope to meet the person they want to spend the rest of their lives with… Without ever having seen them.

“With no distractions from the outside world, the singles talk to a stream of potential love interests and when a meaningful connection is made, they propose and then lay their eyes on their fiancé for the first time.

“Engaged and back in the real world, as the couples plan their wedding day, they will quickly discover whether they can turn their emotional connection into a physical one before the fast-approaching ceremony.

Unsurprisingly, viewers are loving it.

One person said: “Love is Blind is such a f***ing weird series, but I can’t stop watching it”.

Hosted by Nick and Vanessa Lachey the show hopes to uncover “whether looks or age do matter, or if love really is blind”.

Of course, for many ‘love is blind’, I mean have you ever actually looked around you and pondered what some couples see in each other?!

Well, I have – in fact, people watching is one of my favourite things to do.

And for that reason, I’m probably gonna settle in tonight and binge-watch this myself before the final airs tomorrow.