Neural Head Avatar – What Is It? And How It Is Used In Megapixel Resolution 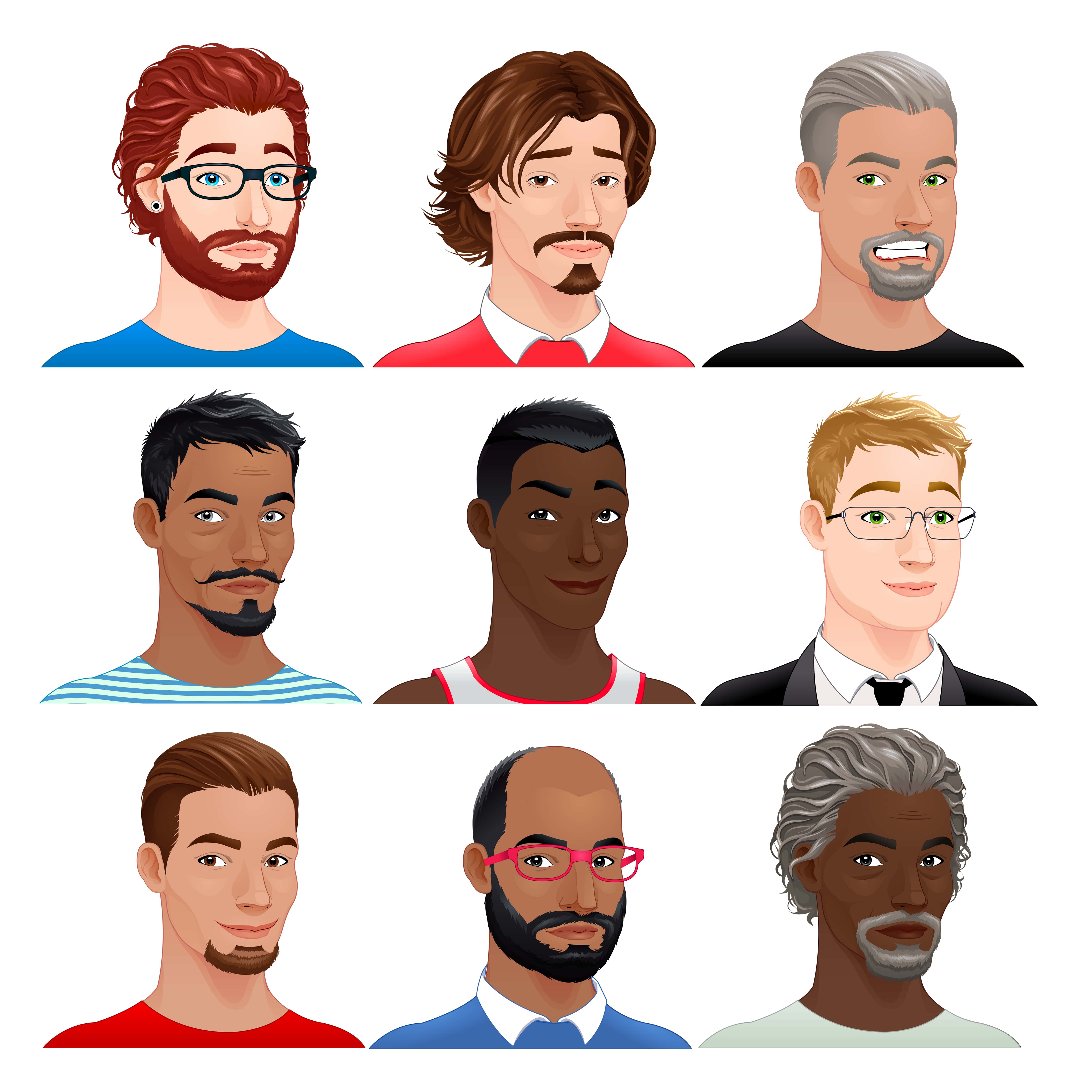 A team of researchers at the Samsung AI Center in Moscow raised the resolution of the neural head avatar technology to megapixels (Russia). Nikita Drobyshev led the project.

They presented a variety of unique neural architectures and training strategies to attain the required levels of projected picture quality and generalization to novel views and motion utilizing medium-resolution video data as well as high-resolution image data. These might be employed to meet the expected image quality requirements.

They demonstrated how to simplify a trained high-resolution neural head avatar into a lightweight student model.

This model works in real-time and associates neural avatar identities with hundreds of pre-defined source pictures.

The team at the Samsung AI Center presents megapixel portraits, often known as MegaPortraits for short. This technique allows for quickly creating high-resolution human avatars from a single photograph.

The model combines the look of the source frame with the motion of the driving frame, including the head stance and facial expression. This gives the model the ability to generate an output picture.

Because the source and driver frames are from the same movie, the model's prediction is trained to match the driver frame.

Neural head avatars are a novel, subject-specific representation of articulated human heads. They explicitly reconstruct the full head geometry and produce photorealistic results even when the viewpoint is changed significantly.

Neural head avatars offer a new and fascinating way of creating virtual head models. They overcome the difficulty of accurate physics-based modeling of human avatars by learning the form and looking straight from films of talking humans.

This allows them to create more lifelike characters. Approaches that can generate realistic avatars from a single image have been developed over the last several years. These methods are referred to as "one-shots."

The general information about human appearance is used in creating the avatars in the one-shot mode. This is accomplished via substantial pretraining on massive datasets, including footage of many distinct individuals.

In the first step, two frames x were picked randomly from a training movie and used to train the system.

An appearance encoder (Eapp) takes the source frame and turns it into a set of volumetric features and a global descriptor.

A 3D convolutional network called G3D works on these properties before combining them with motion data to make a 4D warping field.

Different loss functions were used for training, which can be put into two groups.

Training Of Model In High-Resolution Mode

The model was trained with high-resolution pictures, each of which was thought to have its own identity.

It means that source-driver pairings that change as the car moves, like in the first training step, cannot be made.

When training the high-resolution model, two sets of loss functions were used. The main super-resolution goals are in the first group.

The second set of goals is not supervised and was used to ensure that the model worked well for photos taken while driving in the opposite direction.

A small network for translating images based on what they look like. The one-shot model, also called the student, was made.

The teacher taught the student to predict using the entire model, which includes the base model and an enhancer.

Using the instructor model to make a "false ground truth," the student is only taught in the cross-driving mode.

Since the student network was only trained on a few avatars, it was given an index that lets it choose an image from all of them.

Face Vid-to-vid is a new way to reenact yourself in which the source picture and the driving picture look and sound the same.

Its main features are a volumetric representation of the avatar's appearance and an explicit head motion model using 3D keypoints learned without being watched.

This base model used a similar volumetric encoding of the appearance, but the face's motion was encoded implicitly, which made cross-reenactment work better.

The First Order Motion Model (FOMM) shows motion with 2D keypoints and is another solid foundation for the job of self-reenactment.

These essential things, like Face-V2V, were taught without being watched. However, this method doesn't produce realistic images in the cross-reenactment situation.

The HeadGAN system was looked at, which uses the expression coefficients of a 3D model that can change shape to show motion.

A dense 3D keypoints regressor that has already been trained is used to figure out these coefficients. This method does an excellent job of separating motion data from how things look in 3D keypoints, but it limits the space where things can move.

Since there were no data for self-reenactment, high-resolution synthesis could only be tested in cross-reenactment mode. Parts of a filtered dataset were used for training and testing.

The baseline super-resolution techniques were trained using two random enhanced copies of the training picture as a source and a driver and the output of a pre-trained base model Gbase as input.

Because adding more augmentations could change things like a person's head size, random harvests and rotations were used.

In the quantitative comparison, the quality of the picture was measured using an additional image quality evaluation metric.

By adding more high-frequency features without changing the original picture, this method beat its competitors in quality and quantity.

The distillation architecture gives 130 frames per second on the NVIDIA RTX 3090 graphics card when set to FP16 mode.

The student's model as a whole, with all 100 avatars, takes up 800 MB. This method might work about the same as the instructor model.

Across all avatars, it gets an average Peak Signal-to-Noise Ratio of 23.14 and a Learned Perceptual Image Patch Similarity of 0.208, which is about the instructor model.

Other Studies About 3D Avatar

Several efforts to make 4D head avatars have been sparked by the recent success of neural implicit scene representations for the challenge of 3D reconstruction.

An alternative to talking-head synthesis is direct video production using convolutional neural networks with descriptions of how things look and move.

The method can add motion from an arbitrary video sequence to the look of a single image while keeping the megapixel resolution.

Most of these works use explicit motion representations, like critical points or blend shapes, but some use latent motion parameterization.

During training, if the person learns to separate themselves from their appearance, their movements will be more expressive.

The current video datasets, which include movies with a maximum resolution of 512x512, limit how detailed the talking head models can be.

This problem makes it even harder to use traditional high-quality picture and video synthesis methods to improve the output quality of existing datasets.

This problem could also be considered a super-resolution challenge for a single picture.

On the other hand, the quality of the outputs of the one-shot talking head model changes a lot depending on the motion. This means that typical single-image super-resolution approaches don't work very well.

These old methods rely on supervised training with a known starting point, which can't do with unique motion data because each person only has one picture.

What Is The Best Avatar App?

What Is The Best 3D Avatar Creator?

Is There A Free Avatar Maker?

It has many choices for faces, eyes, mouths, noses, hairstyles, and everything else you need to make your avatar appear like you.

The website is easy to use, loads all choices fast and is free.

How Do I Make A Digital Avatar?

How Do I Create An Avatar Of Myself?

Hover over your avatar circle, select Edit, and finally, the plus symbol beneath Memoji. Open Messages on iOS, then touch Edit, then Name and Photo.

If you aren't already sharing your name and picture with contacts, go to Choose Name and Photo, press the three dots, and then click the plus symbol under Memoji.

Two primary limitations of the system were noticed based on the characteristics of our training set.

First, the VoxCeleb2 and FFHQ datasets used for training tend to have near frontal views, which lowers the quality of rendering for head postures that are substantially non-frontal.

Second, since the high resolution is only achievable with static views, the obtained results have a certain level of temporal flicker.

This problem should be solved in an ideal world using certain losses or architectural decisions.

Last but not least, the mobility of the shoulders is not modeled by this method. More study is required before attempting to solve these problems.