A killer nurse is the subject of this new Netflix thriller and by the looks of things, they’re back into the swing of their true crime nonsense.

The new thriller is seemingly on the way with Netflix looking like they’re as close as can be to buying the airing rights worldwide, with a bid worth around $25 million.

It’s hard to know where Netflix will get their next true-crime fix from, but if you can think of a murder, then they’ll probably get to that one soon. For now though, there’s the killer nurse, nicknamed The Angel of Death.

Charles Cullen will be the subject of this particular thriller, as he is one of the most prolific serial killers in history. Played by The Danish Girl‘s Eddie Redmayne, Cullen was a nurse who was allegedly responsible for the deaths of around 300 patients, being a nurse over many years.

Over 16 years, Cullen worked in nine hospitals in New Jersey and Pennsylvania, where he found his victims. He would eventually be caught by two Newark homicide detectives, with the exceedingly brave help of a nurse who worked alongside Cullen, who will be portrayed by Jessica Chastain.

The eventual capture of Cullen wasn’t an easy process, with the nurse behind his arrest putting her job and the lives of herself, and her family on the line.

According to Deadline, the story will be based on the book by Charles Graeber, but has been converted into a script by Krysty Wilson-Cairns, who was responsible for the superb 1917. 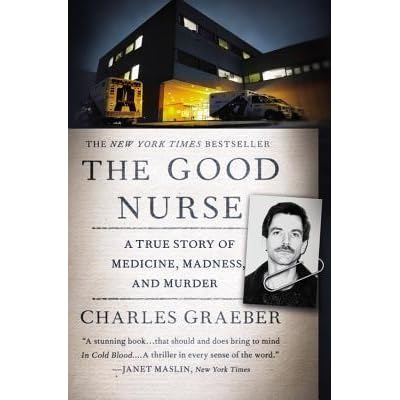 Tobias Lindholm (The Hunt) is set to be the director, making this his English language directing debut on film.

Annoyingly there’s no word on when we can expect anything form this film – even a trailer would be nice – but as Netflix are close to acquiring the rights, it likely won’t be long until we get some more information.

You would have thought that with a nickname like The Angel of Death, the film would be called that, but by all accounts, it will in fact be named The Good Nurse.

This comes from Cullen’s public perception, as he was married with children and was apparently a “dedication care-giver”.