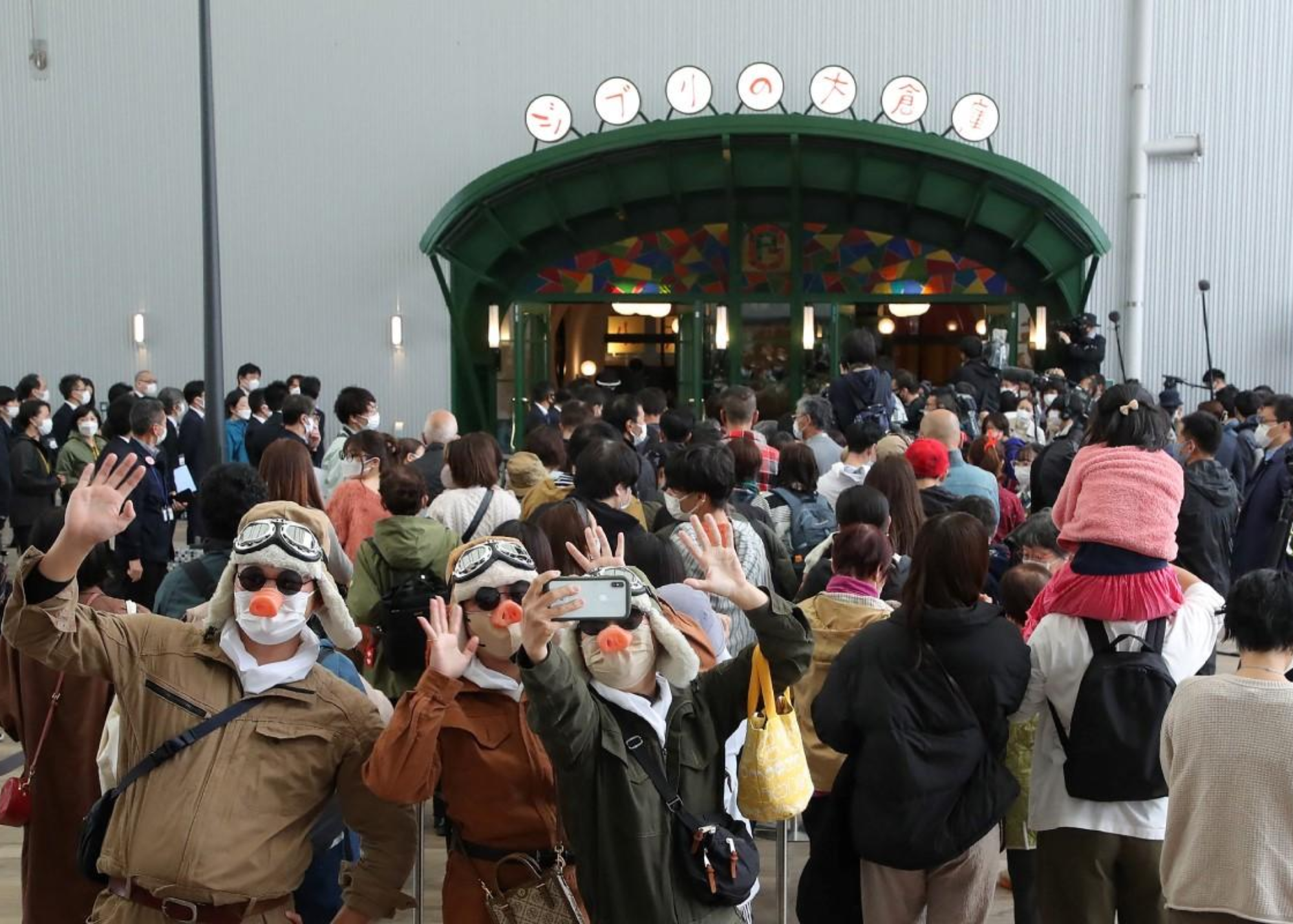 The new theme park in Central Japan has finally opened its doors to Ghibli fans on Tuesday. On the premises of the 2005 Expo in Nagakute City, Aichi Prefecture, three portions of Ghibli Park, "Ghibli's Grand Warehouse," "Hill of Youth," and "Dondoko Forest," opened to visitors at 10 a.m. The park's great element, "Ghibli's Grand Warehouse," is an indoor facility with a screening room, exhibitions, and sections that transport visitors to the world of classic films such as "Spirited Away" and "My Neighbor Totoro."

Studio Ghibli is a well-known Japanese animation film studio founded in 1985 by animators and filmmakers Hayao Miyazaki and Takahata Isao, as well as producer Suzuki Toshio. The Japanese animation film company is well-known for the exceptional quality of its filmmaking and artistry, which received both critical and popular acclaim and influenced other animation studios. Miyazaki Goro, a director at Studio Ghibli who also oversees the entire park's construction, was there for the opening countdown.

One of the three parts that are now open is the "Hill of Youth," which is the entrance to the park and has an elevator tower based on "Castle in the Sky" and other Ghibli movies. In other places, "Dondoko Forest" reminds of the peacefulness of the classic movie "My Neighbor Totoro," which came out in 1988. There are quiet paths to walk on and a huge Totoro figure.

Ghibli's Grand Warehouse, an indoor area that looks like a hangar and has 14 sets from 13 of the studio's most famous movies, will be a big draw. People can walk down an alley made to look like the opening scene of "Spirited Away," or they can sit on a red velvet-covered train seat next to "No-Face," a character from the movie that everyone knows.

To avoid crowds, tickets for each area must be reserved ahead of time for specific times. Early in the morning, people started gathering outside the park. Many fans have traveled long distances and made sacrifices to visit what is supposed to be a popular theme park in central Japan. One of these fans is a man in his 40s from Kanazawa, Ishikawa Prefecture.

He had been waiting in line with his family since around 6 a.m. He stated that they were looking forward to witnessing movie sequences played out in real life. Another man in his 30s was visiting with his wife and 5-year-old kid from Okazaki City in Aichi Prefecture.

He said that they enjoy Ghibli films and are looking forward to the trip. He stated that they used to visit Tokyo Disneyland or other theme parks and are delighted that the new Ghibli Park is nearby. 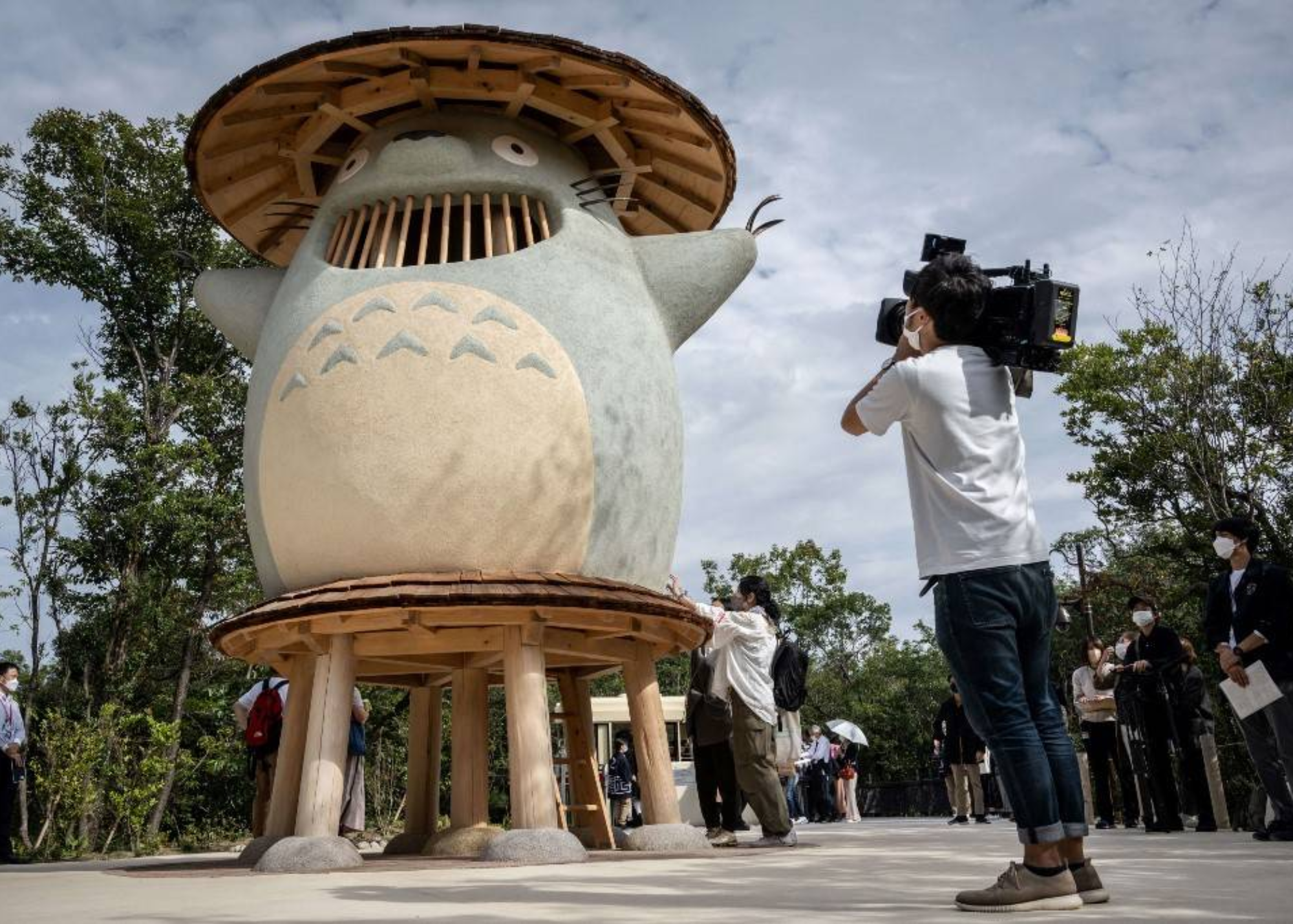 At Dondoko Forest, a member of the press takes a video of an exhibit of the Ghibli character "Totoro"

Studio Ghibli, the company that made "My Neighbor Totoro" and "Spirited Away," which won an Oscar, gave the media a sneak peek of their new theme park on Wednesday. Some local people, like Yuki Asahi, who is a huge Ghibli fan, got early access through a lottery. "It’s the park everyone was waiting for," he said.

It takes up 7.1 hectares of the 194-hectare park where the 2005 International Expo was held in Aichi. It has a lot of open spaces that reflect how important nature is in Ghibli's works. They told people in advance that tickets had to be reserved and would cost between 1,000 and 2,500 yen ($6.80–$17) per area for adults.

When all five parts of the park open next year, Aichi expects there to be 1.8 million visitors a year, which is expected to bring in 48 billion yen ($328 million) a year. Yuiko Asai, who is 34 years old, said that she has seen "Howl's Moving Castle" so many times that she knows every word.

The Studio Ghibli animated film is featured in the theme park. Apart from this, Japan has a lot of big theme parks, like Tokyo Disneyland and Osaka's Universal Studios. As the world overcomes the pandemic, they expect that in the coming months, a huge number of foreign visitors will come and visit the theme park.