The Undertaker, as you know, is pretty old now (for a wrestler) and his career in the drama-filled sport is winding down.

It’s with that, his life has been followed in aid of a new documentary that focuses on the world-famous, hugely iconic wrestler.

I have never watched wrestling. It was called WWF when I was little and for the most part I still call it that on the rare occasion that it comes up in my life. The only wrestlers I’m aware of are the ones who move onto acting really, with one exception; The Undertaker.

He’s a pretty iconic man in most walks of life and if he was in character, I don’t think there would be many people in the world who wouldn’t immediately recognise him as “that wrestler.”

As his career enters its final stage, fans have been offered a never-before-seen look into his life in a five-part documentary series called Undertaker: The Last Ride.

A synopsis of the first episode reads:

“In this Sunday’s premiere episode, Undertaker comes to terms with his own mortality as he prepares for what many believed to be the final match of his career against Roman Reigns at WrestleMania 33.

“Fans will get a rare glimpse into what led up to that moment, the pressure he puts on himself each year getting ready for WWE’s annual pop-culture extravaganza, and much more. 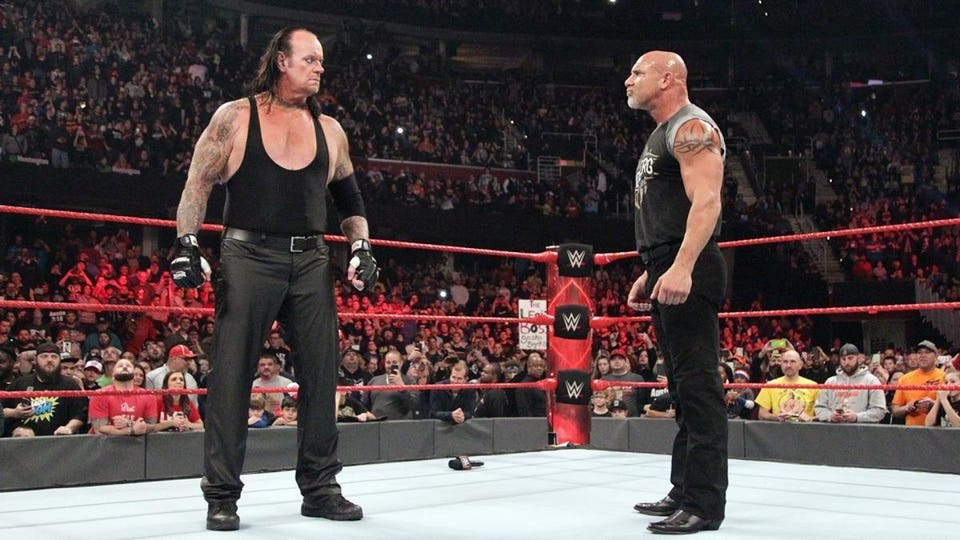 “In addition, the episode looks back at the physical and emotional toll taken on Undertaker after his 21-year WrestleMania undefeated streak came to a shocking conclusion against Brock Lesnar at WrestleMania 30“.

As for whether it’s any good, Sports Illustrated say it is, writing:

“It is some of the more compelling content WWE has ever produced within its documentary series, and the timing of the release is perfect with people craving original content. If you are a fan of WWE’s stories from behind the curtain, especially of The Undertaker, carve out time to watch Last Ride“.

The first episode already aired after the Money in the Bank event on Sunday on the WWE Network, and you’ll be able to watch the next episodes on demand each Sunday from 2pm BST.