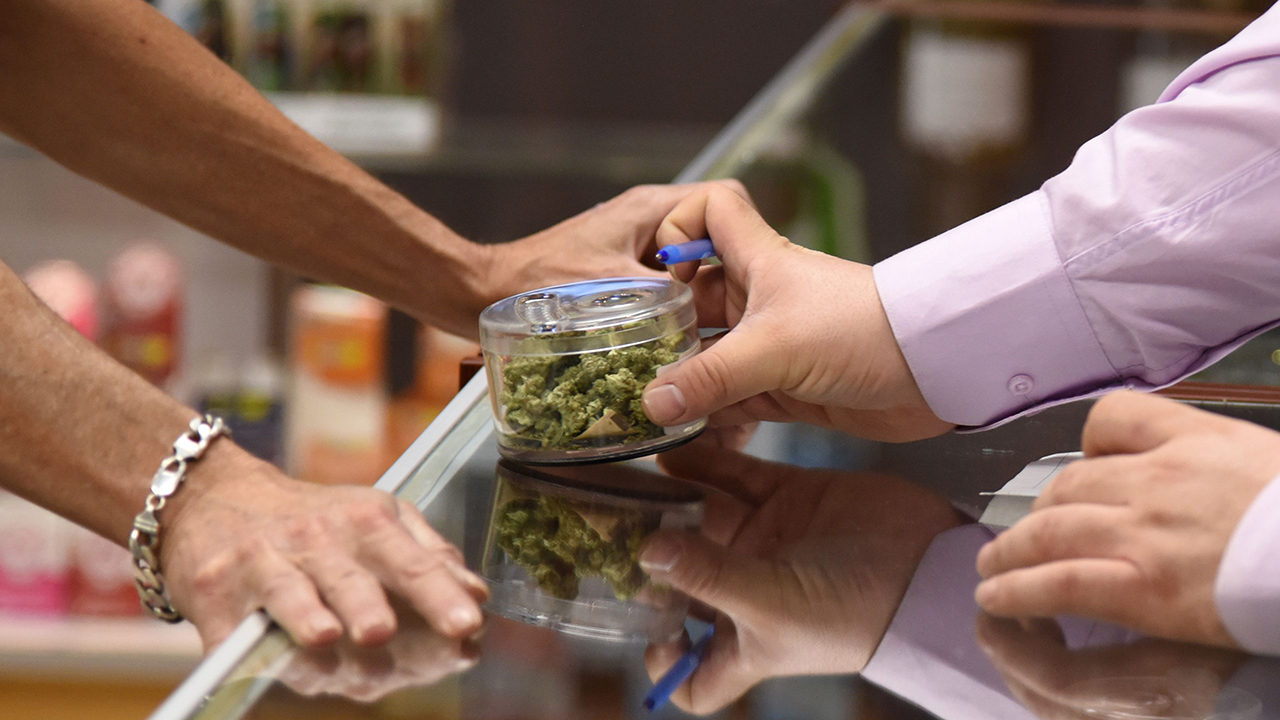 Of all drugs that have been used, using marijuana is the most controversial medicine. Cannabis or pot, which can also be referred to as marijuana and goes by a few other names, is a psychoactive narcotic that comes from the Cannabis plant. However, the medical sector and some religious organizations have been involved in some debates on the use of cannabis.

Cannabis advocates claim that it does not pose the same health risks as other medications according to medical trials. But there are numerous researches that say, using pots involves serious side effects.

The Deep South is the most religious part of the United States and also the region that has the least accepted of the idea of cannabis being legalized for either medical or recreational usage is where Lydia Becker lived.

Decker in Texas had the belief that engaging in the usage of marijuana was not a sin, that it should be used by everybody, and that it was approved by the Bible. Here is one of the specific Bible scripture cited in the Hebrew scripture.

Then God said: “Here I have given to you every seed-bearing plant that is on the entire earth and every tree with seed-bearing fruit. Let them serve as food for you.

According to Decker, a nondenominational Christian who takes the Bible's words literally, cannabis is meant to be eaten, whether in the form of oil or in an edible.

According to Pew Research, the Deep South is an area where preachers have long campaigned against marijuana and where interpretations of God's word can be as influential as law.

In contrast, the leader of the organization that is responsible for representing the largest evangelical group in the United States is unwavering in his stance that marijuana use is a sin.

Meanwhile, the president of the Ethics and Religious Liberty Commission of the Southern Baptist Convention named Russell Moore mentioned that "the scripture speaks against drunkenness, and marijuana is a mind-altering substance with the purpose of achieving, essentially, what the Bible would describe as drunkenness."

The Church of Jesus Christ of Latter-day Saints voiced its opinion on rival medicinal cannabis proposals in the state of Utah last year and took the unprecedented step of expressing support for one of the laws. To recognize Rastafarians' traditional use of cannabis, Jamaica authorized cannabis for religious purposes in 2015.

Decker and others are using their religious fervor to spread the gospel of cannabis in red-state America, where the drug is both socially unacceptable and punishable by the law. Meanwhile, the state of Georgia has added 16 medical diseases to the list of conditions that qualify for CBD treatment, including Alzheimer's disease, autism, and AIDS. 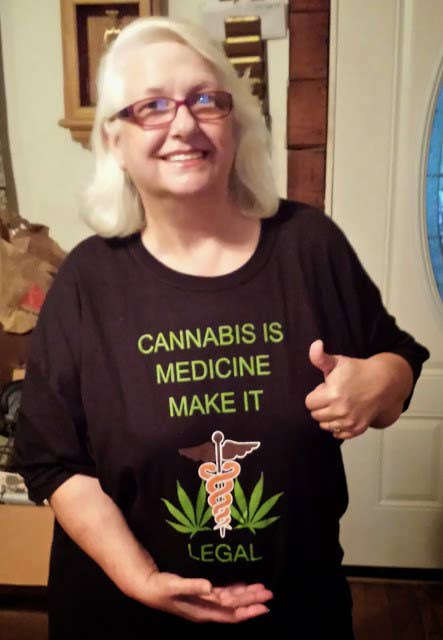 Faith Bodle is wearing a t-shirt with a phrases written: "Cannabis is medicine, make it legal"

Faith Bodle, who is 64 years old and lives in East Texas, discusses the T-shirt that led to the revocation of her membership in the Seventh-day Adventist church she belonged. It is written that: "Cannabis is medicine, make it legal."

Bodle, who is now retired from her career as a truck driver, recounts the difficult times in her life. She was born with a curved spine and only one lung that worked.

She was diagnosed with trigeminal neuralgia in 2013. It causes pain in her face that is sometimes so bad that she can only scream.

Still, she thinks of the diagnosis as a "blessing" because it finally led her to try cannabis.

God knew what it would take to get me to step out of the box and try something that was off the grid. We should not be defiling that which belongs to God.

Bodle was asked by the pastor of her church to remove a photo from her Facebook in which she was seen wearing a shirt with the phrase "Cannabis is medicine, make it legal."

The next thing that happened was that Bodle got a letter from the church urging her to stop consuming cannabis and to quit speaking about it in any form, including on social media.

Bodle recalls stating something to the effect of, "I'm not taking the medications; I'm taking what God made as medicine."

But since the church did not share this perspective, Bodle's membership in the church was terminated as a result.

What Are Cannabinoid Drugs?

A category of chemical found in marijuana that is responsible for producing drug-like effects throughout the body, including the central nervous system and the immunological system. The main active cannabinoid in marijuana is delta-9-tetrahydrocannabinol (THC).

What Is CBD Used For?

Most often, it is used to treat long-term pain, anxiety, inflammation, and trouble sleeping. One study found that CBD may help relieve pain by interacting with receptors of the endocannabinoid system. This system helps control pain, mood, memory, and many other physical and mental functions.

What Are The Side Effects Of Cannabinoids?

What Is The Downside Of CBD Oil?

CBD is usually well-tolerated, but it can cause side effects like dry mouth, diarrhea, less of an appetite, feeling sleepy, or tired. CBD can also have an effect on other drugs you are taking, like blood thinners. Another thing to worry about is that the purity and amount of CBD in products are not always clear.

Is CBD oil safe for seniors?

Many people, including seniors, take CBD to relieve pain and suffering caused by common conditions such as joint pain, overall pain management, anxiety, and depression. Before taking CBD, though, it's usually a good idea to consult with a doctor.

It has been demonstrated that CBD's capacity to modulate lipid absorption and blood pressure leads to an improvement in cholesterol levels.

Medical Use Of Cannabinoids

Researchers are exploring whether medical marijuana can help treat a range of diseases including:

Effects Of Cannabinoids On The Brain

Cannabis and the Endocannabinoid System

Change Of Mind On Cannabis

There has been a shift in opinion among some of the authorities who were most frequently cited as declaring that marijuana was safe to use. Included in this group are the following:

"At the time, I had not had any direct experience as a physician with marijuana users. . . . Within five years, I knew I was wrong; I knew that marijuana was harmful."

"I am rather more concerned about the use of cannabis today than I was when it first became a public issue back in '66 and '67. Then the available evidence seemed to suggest that it was innocuous. Now there is only one thing that I can say with any certainty and that’s that there is no such thing as a safe drug."

"The real issue is the health danger posed by this epidemic [of spreading marijuana use by the younger generation], danger of at least two kinds. One is the effects of the intoxication, ranging from the hazardous impact on driving to caring less about everything. The other area is purely physical. Here the concerns range from the regular occurrence of chronic bronchitis among marijuana users to the very real possibilities of harmful hormonal effects, effects on the immune system and possibly even cancer."

There is no mention of smoking or any other form of consuming tobacco or cannabis in the Bible. It does, however, contain principles that demonstrate that God does not approve of harmful and unclean behaviors and that as a result, God considers smoking to be a sin.

Love of neighbor. Matthew 22:39 said: "You must love your neighbor as yourself." Love is not shown by smoking around other people. People who are exposed to secondhand smoke often are more likely to get some of the same diseases that smokers do.

Moreover, marijuana which is commonly known as weed or pot and other comparable narcotics is not mentioned in the Bible by name. However, it contains principles that prohibit the use of addictive substances for recreational purposes. The following principles apply in addition to the aforementioned ones:

The need to control our mental faculties. "Keep your senses completely." (1 Peter 1:​13) When a person abuses drugs, he loses control of his thoughts, and many people become addicted to them. Their minds are preoccupied with obtaining and utilizing drugs rather than with positive thinking.

Obedience to secular laws. "Obedience to governments and authorities is required." (See Titus 3:1) The use of certain medications is severely regulated in several countries. We should respect secular authority if we want to please God. ​