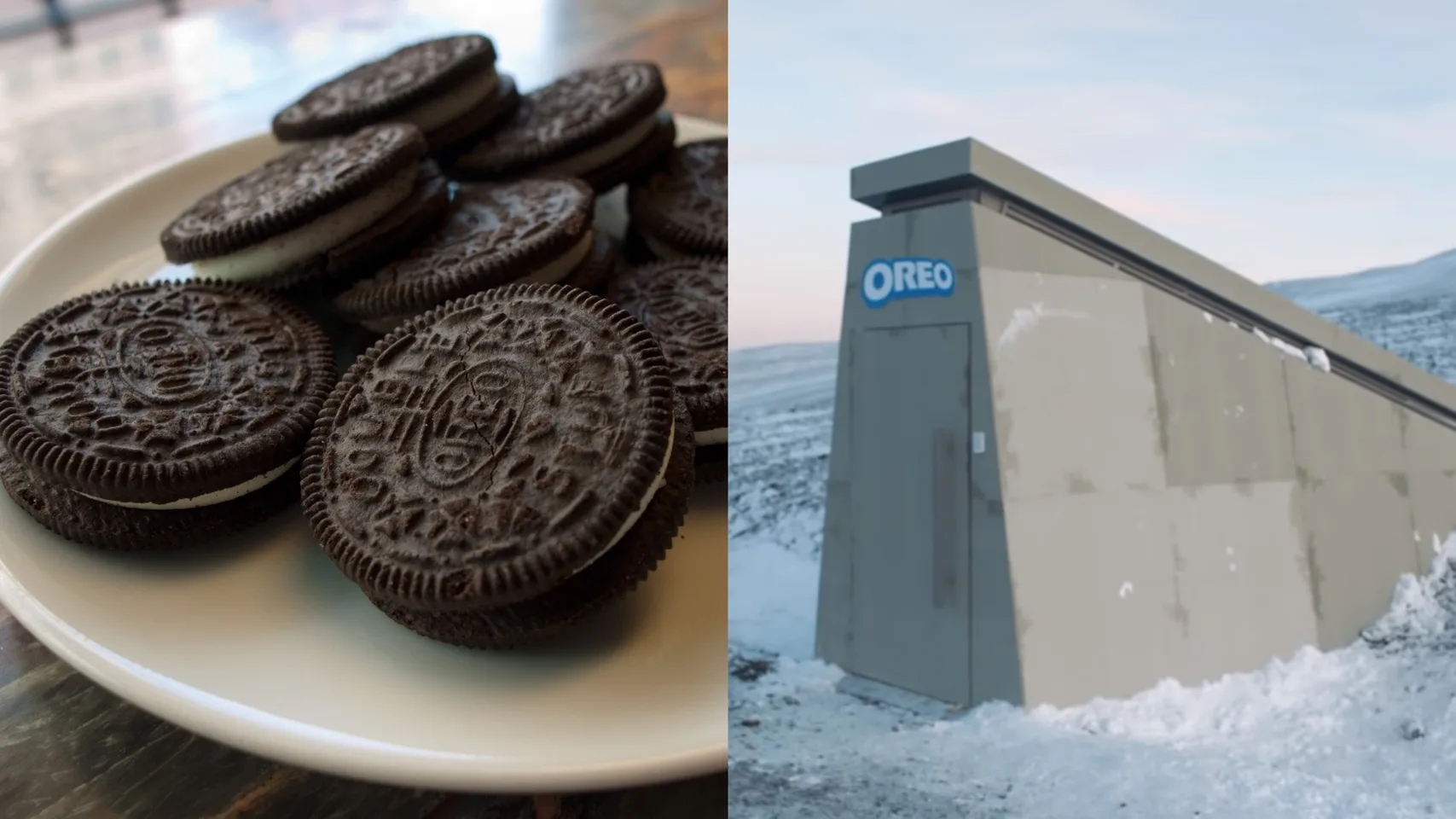 Oreo builds Doomsday Vault to protect its recipe and cookies.

The Svalbard Global Seed Vault was constructed in 2008 as the last line of defense in the event that plant life on Earth ceases to exist. More than a million seed samples are housed in the facility, which was built into a mountainside.

But have you ever considered what people in a zombie apocalypse would do if they wanted to eat some cookies? In 2020, Oreo constructed a Global Oreo Vault next to the seed vault because they have already given it some thought.

Despite being smaller than the seed vault, the brand dubbed the Global Oreo Vault "very authentic" when launching it. Oreo builds Doomsday Vault to protect its recipe and cookies as said by the brand.

On YouTube, Oreo posted numerous films about the vault. The brand went above and beyond to ensure that the cookies are safe within the vault by featuring Oreo executives in the advertising.

The Oreo packs are wrapped in mylar, which can endure temperatures between - 80 and 300 degrees Fahrenheit and is resistant to chemical reactions, moisture, and air, keeping the cookies fresh and safeguarded for years to come.

In the videos, an asteroid hits the Earth. It is based on a NASA announcement from August 2020, which stated that there was a 0.41 percent possibility that the "extremely small" asteroid 2018VP1 would approach the Earth's atmosphere during the first week of November. They had made it clear that it wouldn't be a problem because, given its tiny size, it would disintegrate.

But Oreo made the decision to take it seriously and constructed the vault. So that people could continue to enjoy Oreo cookies regardless of what occurs in the upcoming years.

More inquiries concerning the vault were made online. A user said, "@Oreo how am I supposed to get into the oreo doomsday vault during the apocalypse if there’s a secret code to get in?" Another wrote, "Oreos built a doomsday bunker… they know something we don’t."

Oreo builds Doomsday Vault to protect its recipe and cookies in Norway, in a stunning illustration of a business with its priorities in line.

The hoax is a reaction to the "Election Day asteroid" that would pass close to Earth on November 2. There are cookies to save, so forget about the asteroid's complete lack of threat to anyone on Earth and, well, a marketing chance that can be taken advantage of.