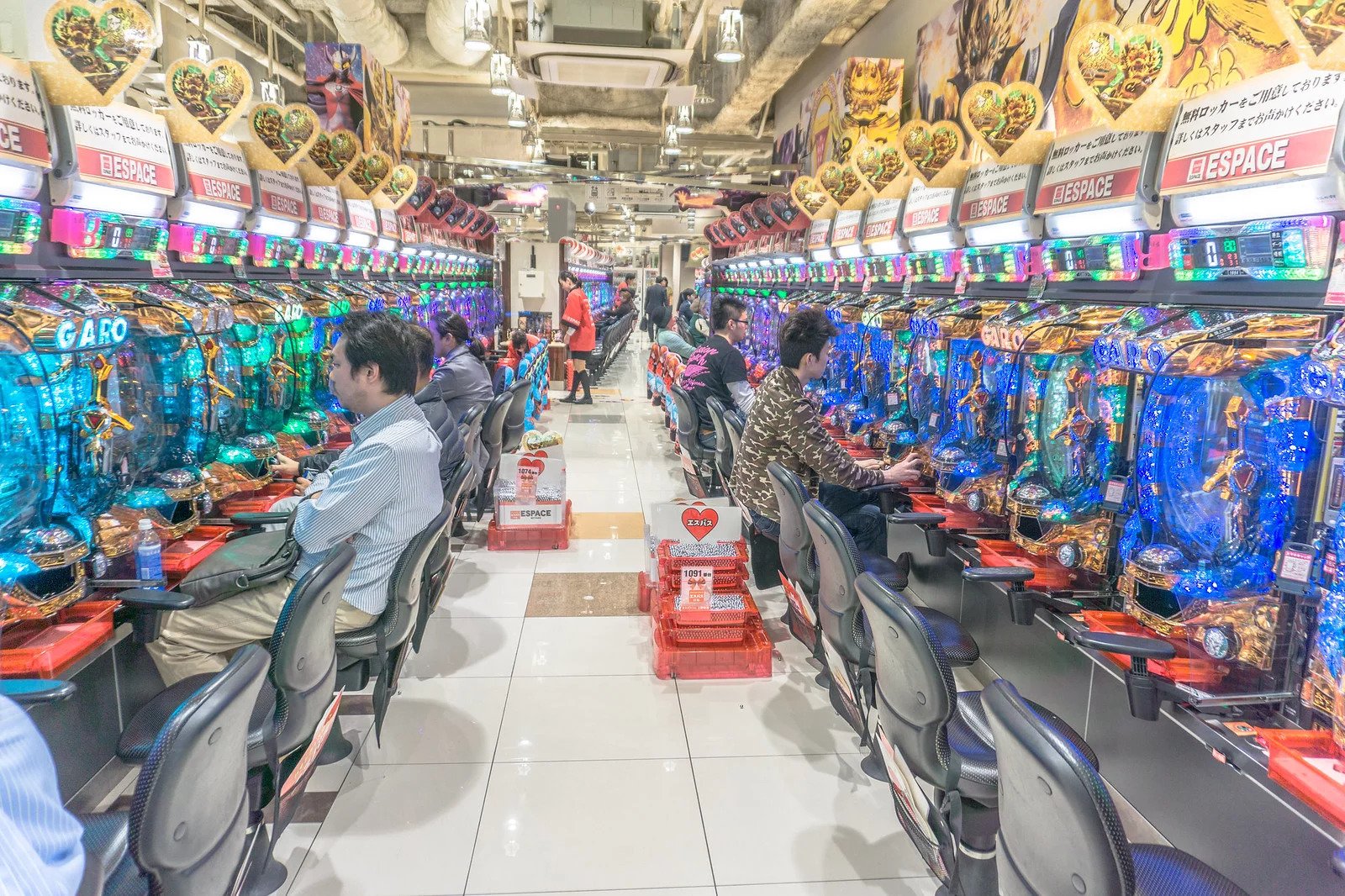 Pachinko is a game that combines elements of slot machines and pinball tables. It is a famous Japanese game.

Gambling is a form of amusement that is often only discussed in relation to the entertainment options available in western nations, but in reality, it is something that people all over the world enjoy participating in and appreciating.

One of these countries is Japan, which is located in East Asia and is well-known for the extensive cultural and historical history it possesses.

The pachinko industry generates annual revenue of $200 billion at present.

That is more than 30 times more than what is spent in all of Las Vegas and Macau each and every year combined.

To such an extent that it now constitutes 4% of the total gross domestic product in Japan.

How, therefore, has this industry, which is 90 years old, managed to grow to such a large extent without ever being successful internationally?

Today, we will discuss the pachinko game, which is considered to be Japan's national gambling pastime.

What Is Pachinko Game?

Pachinko is a type of Japanese mechanical game that is played both as a form of leisure arcade game and, more recently, as a form of a gambling device.

Pachinko games are quite similar to Western gambling, namely gambling done on slot machines, in terms of their nature, appearance, and the mechanism by which they are played.

Pachinko machines can be found in pachinko parlors, which are easily identifiable by their bright and colorful exteriors and loud interiors.

Pachinko parlors are common throughout Japan, and their interiors typically resemble those of traditional casinos due to the presence of a large number of slot machines known as Pachislo or Pachislots.

Pachinko parlors are unique to Japan, yet through the years they have become deeply ingrained in the country's culture.

What Does Pachinko Mean?

The concept of "pachin," which is the origin of the name "pachinko," is derived from the noise that the gaming machine generates.

The diminutive suffix "ko," which means "little, tiny small" in English, gives the name of the game a great deal of connotation on its general appearance.

How To Play Pachinko?

While playing pachinko, the player does not actively participate in the game and instead primarily affects the pace at which a large number of relatively insignificant steel balls are loaded into the machine.

At each machine, balls can be purchased with either cash or prepaid cards using either method.

After being driven into the machine, the vast majority of the balls will just roll down the machine until they vanish, but a select number will make their way into unique holes that activate a form of the slot machine.

If something like this happens, which doesn't happen very often, you have the chance to win a large number of fresh balls.

Be aware that if you only have a few hundred yen to play with, it is likely that all of your balls will vanish within the first couple of minutes of the game.

Pachinko, like the majority of other well-liked games, may now be played in its natural habitat—the internet.

Free pachinko games may also be located online with only a little bit of searching, just as online slot machines that can be played for real money.

Pachinko is gaining popularity not only in Japan but also in other parts of the world, which is an interesting development considering the game's origins as a uniquely Japanese pastime.

If you enjoy playing pachinko and wish to do so online, you should be sure to do so only at reputable and legitimate online gambling sites in order to protect yourself from fraud and other unpleasant experiences of a similar nature.

Pachinko may also typically be played on mobile devices such as smartphones and tablets, in addition to traditional desktop and laptop computers.

Is Pachinko Legal In Japan?

Pachinko is Japan's only form of legalized gambling, so it gives players the opportunity to test their luck and maybe win money if they're lucky. In point of fact, many people in Japan turned to pachinko as a last-ditch effort to make ends meet during the prolonged economic depression that the country experienced.

Is Pachinko A Skill Or Luck?

It is said, “You don't need skill to win at a slot machine, just a lucky pull of the lever; but pachinko requires skill and technique to turn the handle to aim and control the shots (of the balls).”

Is it possible that online pachinko may one day achieve the same level of popularity as online slot machines? We'll just have to wait, have some fun, and see what happens.

Have you heard about the most popular online casino card games?