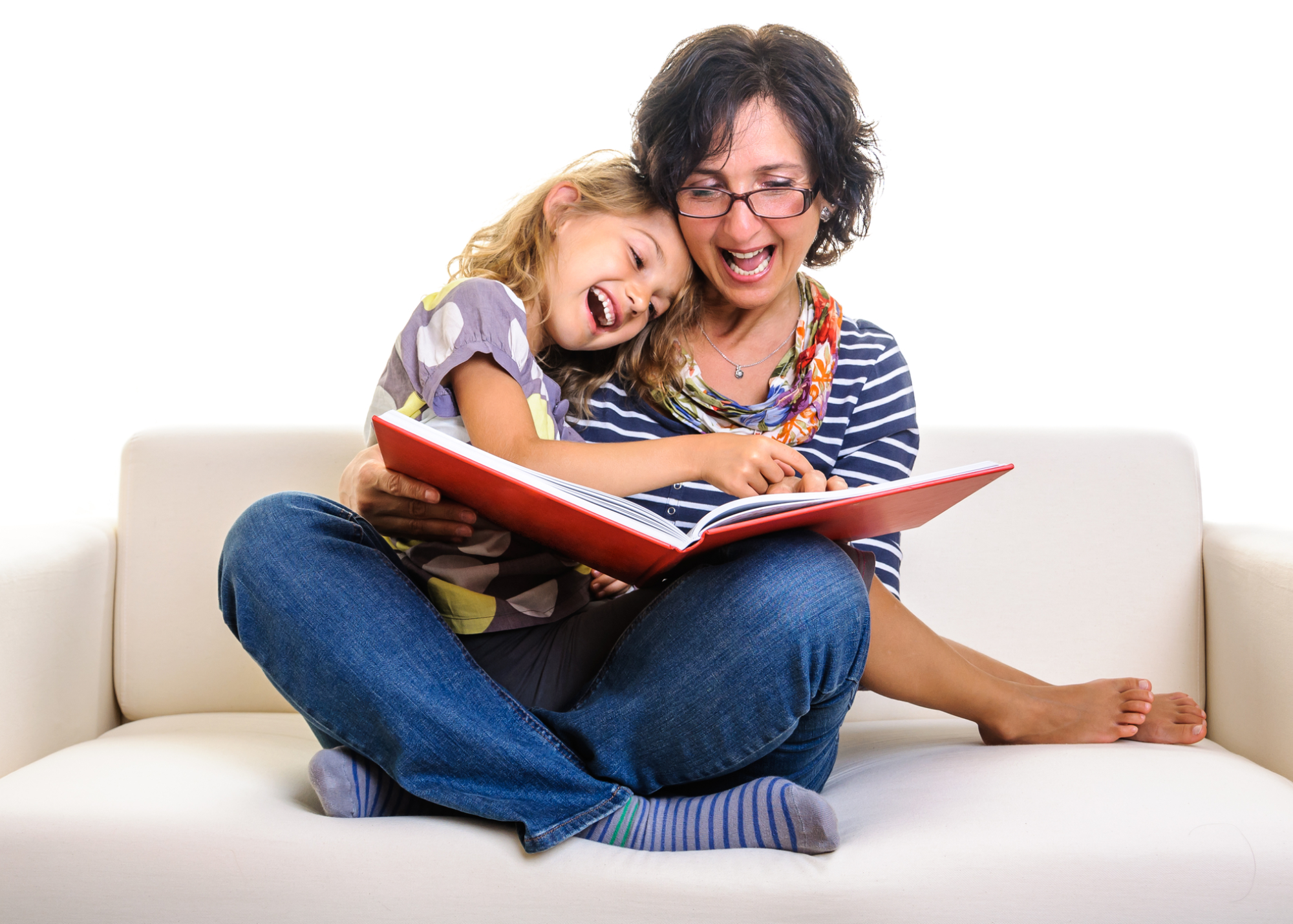 It is normal for a young child to pronounce words incorrectly. It can be amusing at times, but it can also be dangerous for some people who are on the verge of having a heart attack! In this article, many parents shared their children's funny mispronunciations, which made them shiver, but when they realized the correct word, they passed out laughing.

Many parents are discussing u/post Warpedme's in the Reddit 'Parenting' community after this user shared a hilarious experience when her young child mispronounced words. The user mentioned:

"Gay whores are breaking in, we have to stop them, they're dangerous" - 3yo boy. After a further inquiry about how he knew the whores were gay, I found out they were "gay" like our couch, which is grey. Digging a bit deeper I found out that "whores" make horse sounds. I still don't know why they are dangerous or how/when they are breaking in but I feel a complete sense of relief and I almost passed out from the laugher.

In this hilarious statement, we truly understand a 3-year-old boy's struggle with pronounciation. The mother may experience chills and be mystified as she considers how, when, and why the "gay whores" are breaking in. However, the user later "feels a complete sense of relief" when she realizes her child is only saying "gray horses."

The post by u/Warpedme received 330 comments and 3.6K upvotes. Upvotes on Reddit indicate that someone likes or agrees with a post or poster. The article gathered the most amusing and remarkable responses from this community's 330 comments.

Additionally, your child might lisp or pronounce the s sound as a th. If your child pronounces the letter s in the phrase "My sister is seven" as "My thithter ith theven," you probably don't need to be worried. Many children have a lisp, but most grow out of it on their own by age 7.

The first on our list is a user named [deleted]. How would you feel as a parent if your three-year-old said something sensitive and sex-related, particularly the word "penis"? You may feel awkward if you ask your child to repeat what you just heard. This happened to one of the reddit users listed below.

This gave me a good laugh. My almost 3 year old loudly announced she wanted "hollow penis just like daddy" Jalapeños. She was saying jalapeños. - [deleted]

A user named grapejam also shared the same experience where it reads:

"My almost 3yo somehow got the idea that "peanuts" is pronounced "penis". SOOOO now we get requests for "penis bread" and "penis butter". Took a surprisingly long time to figure that one out."

This is also similar to abacus_porkrind's comments that read:

"My 2 y.o. says "cock" for chocolate. It's the best. Just been running around all winter long demanding "hot cock." I get such wonderful looks from people."

This is also fun when a user named laterpatar shared:

"My boy was and still is completely fascinated with trucks since before he could speak. So imagine an 18 month old pointing to a garbage truck and screaming 'COCK COCK' at the top of his lungs!!"

"My son used to pronounce truck as 'fuck' (when we listened closer, it was actually more like 'fruck' but the r was very subtle.) We first discovered his love for trucks when we were on driving and just heard him in the back going 'fuck fuck fuck fuck fuck.'"

The second comment on our list comes from a user who identified himself as Lonit-Bonit. This parent must have felt extremely awkward when they heard their very young child say "fuck." The user mentioned:

Speech delayed daughter would keep asking for a 'fuck'. I'd slowly sound out 'fork' for her, letting her watch my mouth and she'd stare at me and slowly draw out "fuuuuuuuuck".

A young girl mispronounces the word "fork," a utensil with a long handle that ends in a head with narrow, often curved tines used to spear food for cutting or lifting to the mouth. The word "fuck," on the other hand, is an offensive word in the English language. It is often used to talk about sexual activity, but it is also often used to draw attention to something or spread hate.

From the definitions stated above, if you are having a conversation with a young girl, you probably passed out laughing! Loinit-Bonit's comment also garnered a similar response. A user replied to this comment, which reads:

"Yeah we had a sock/fuck confusion here. Which resulted in her waving her foot at me one day getting more and more agitated as she tried to tell me to 'fuck off fuck off mama MAMA FUCK OFF'"

A user named capturethegreen had the same experience, which happened at a daycare school. The user said:

"My son attended daycare across the street from a small medical centre that regularly had ambulances bringing patients in. Son (2 years old) and I called my brother at college one evening in the parking lot after I picked him up... brother wasn’t available, and as the voicemail recording played, several fire trucks and ambulances drove by, sirens blaring.

Uncle! I just saw a fuck! A fire fuck! 1, 2, 4, 5 fire fucks!" ended up on brother’s voicemail, which I found out later he played for his entire dorm unit, multiple times, along with my other sibling there at school."

The third and final item on our list is a young girl declaring that her father was fucking a monkey. First and foremost, it has a bestiality vibe, with human and animal sexual interplay. However, it was later revealed that the "fucking monkey" was actually a "funky monkey" or a crazy and strange person.

My daughter confidently told her daddy that he was a fucking monkey. When daddy’s eyes just about popped out of his head and I was dying from laughter I confirmed that she was calling him a funky monkey.

"Okay this is the one that has me laughing so hard I’m about to wake the baby.... oooh I’m definitely incorporating funky monkey into my vocabulary hoping for a moment like this."

146 people upvoted the third Reddit comment about a daughter who said "Fucking monkey" instead of "funky monkey."

Funny Words For Toddlers To Say

Last year, they put up a video with cute clips of their 2-year-old saying words wrong. India is 3 years old now, and she has come a long way in how she talks. Many of their viewers have said they miss how cute it was when she messed up words.

Even though she speaks well and is easy to understand, there is a new list of words she can't quite say. Every day, she makes people laugh.

When she's around, everyone has a good time. Many are inspired by her eagerness to learn and her unshakeable self-assurance, even when she messes up.

Nothing is more endearing than a three-year-old's adorable mistakes in pronunciation. The time when your children were first learning to communicate with you was likely one of the cutest periods of your life. Their jumbled attempts at communication were so endearing that you rarely felt the urge to correct them.

Here are some of the mispronounced words shared by quite a few moms; check out if you also have the same experiences with your child:

Why Is My Child Having Trouble Pronouncing Words?

Children sometimes shorten words to make them easier to pronounce. When they need computer time, many of my younger students ask to play on my computer.

It's how they express themselves while still learning to imitate the sounds they hear. As children grow older, they tend to stop making these errors. By the age of eight, they are expected to make all of their speaking sounds correctly.

Some people struggle with the tongue and mouth movements required to produce speech sounds. Others make errors in entire groups of sounds.

Teachers and medical professionals can be excellent sources of information. They may also suggest next steps, such as speech therapy, to help build skills. Schools may provide free speech therapy. Outside of school, there are also speech therapists.

How To Correct Your Child's Pronunciation Errors

What Words Are Hard For Kids To Say?

What Causes A Child To Have Speech Problems?

Most kids don't know what causes their speech sound disorder to happen. Other speech sound problems can be caused by a cleft palate, problems with the teeth, hearing loss, or not being able to control how the mouth moves.

Can Watching TV Cause Speech Delay?

Chonchaiya and Pruksananonda discovered that children who began watching television before the age of 12 months and who watched more than 2 hours of television per day were six times more likely to have language delays!

How Do I Stop Mispronouncing Words?

We've compiled four tips to help you avoid them when possible and deal with them appropriately when they do occur.

When you've read how parents shared their children's funny mispronunciations in this article, you may remember that some children experience shame because of their articulation difficulties. Despite this, your home is a great place to encourage children's growth by focusing on their strengths. Tell them that they can get better at things by practicing them.