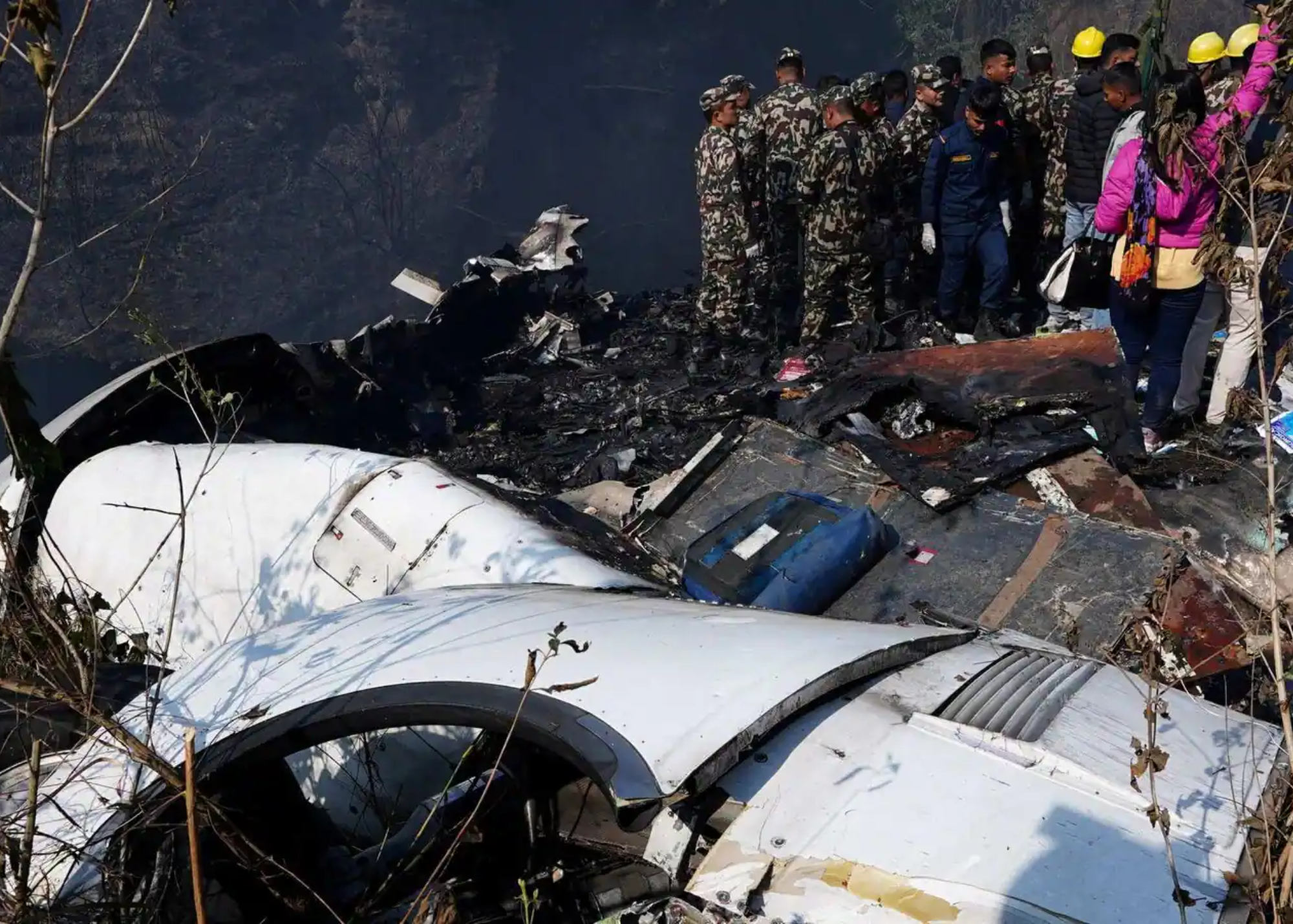 One of the most painful sights one can imagine is witnessing someone realize they just have seconds to live. Sadly, the passenger's distressing video revealed just before Nepal plane crash. If you decide to watch this disturbing video, be prepared for intense shock and sorrow.

The accident happened on Sunday during a 27-minute Yeti Airlines trip from Kathmandu to Pokhara. The plane had 72 individuals on board, including the crew.

According to the Civil Aviation Authority of Nepal, Yeti Airlines' 9N-ANC ATR-72 aircraft took off from Kathmandu's Tribhuvan International Airport at 10:33 a.m. and crashed on the bank of the Seti River between the old and new airports (CAAN).

The weather in Pokhara was absolutely fine and the engine of the aircraft was also in good condition. We don't know what has happened to the airplane.

The aircraft was in contact with the airfield it was en route to, but it apparently lost contact soon before it crashed. When the plane hit the ground, it burst into flames right away, and people in the town ran to the crash site. Before the plane touched the ground, one of the passengers recorded himself while enjoying the view.

However, his happiness suddenly turns into a terrifying moment. The passengers can be heard screaming in the video. The clip is almost two minutes long.

The first responders made their way to the area and immediately began making efforts to take as many victims as possible to the hospital. At this time, 68 individuals have been reported killed, and there are still 4 people who are missing, although search efforts are still ongoing.

At this point, it's unclear what caused the plane to crash. This matter is being investigated. However, ground footage appears to capture the last few seconds the plane was in the air before colliding into a gorge, and it's horrific.

The footage that was obtained from inside the cabin is truly much more unsettling. An individual who was on board the aircraft at the very moment it went down was actually streaming live on Facebook.

In the video of his broadcast, which has since gained widespread attention, it is clear that he is unaware that the aircraft is about to crash. Soon after, he begins filming more passengers in front of him as they begin to lean to their right. Suddenly, the plane crashes into the ground, and flames engulf the entire view of the camera.

At least 40 passengers died when their aircraft crashed in central Nepal on Sunday morning. The plane was flying a route frequently taken by tourists on their way to or from treks in the Himalayas. The 72-person Yeti Airlines flight from Kathmandu to the city of Pokhara was caught on camera as it spun wildly at a low altitude. The video was widely shared online.

Photos afterward revealed a hillside in the Seti River canyon, quite a distance from the brand-new Pokhara International Airport, was the site of the crash, with smoke and flames billowing from the wreckage. As rescue operations continue, a spokesperson for the Nepali army stated they expect to recover more bodies, and Prime Minister Pushpa Kamal Dahal appealed to the people for assistance.

Many people online sent their deepest condolences to the relatives of the passengers who died in the plane crash in Nepal. One Youtube user said in the comment section:

Prayers to the people affected, their families, friends & people of Nepal.

Flying in Nepal is pretty scary/exhilarating depending on your disposition. I have flown on Yeti Airlines on this route (to the old airport though) a couple of times and the plane has to fly down the side of the valley and then do a sharp 90 degree turn to align with the runway. It seemed an unnecessarily risky set up to me at the time but I imagine there are reasons for it. Landing at Lukla (Everest region) is even worse - a very short sharply sloping runway ending in a cliff at one end and a mountainside the other.

There used to be a Tara Airlines pilot who posted cockpit videos of the approaches to various airports in Nepal. They were all terrifying to one degree or another. Flying in Nepal seems to be inherently dangerous although maybe proper pilot training, maintenance and more modern aircraft might help but it is a very poor country. The number of deaths in air disasters in Nepal is very concerning. RIP

Absolutely tragic! My youngest son did Everest base camp a few years ago. I was so worried about him taking any flight there!! RIP to all these poor people.

The Nepalese need to tighten their procedures and practices. Corruption and fraudulent practices are omnipotent across all strata from lay people to government. Things need to change dramatically. Respect to the victims.

How To Survive A Plane Crash?

How to Survive a Plane Crash, According to Science

Why Did The Plane In Nepal Crash?

According to experts, poor weather, low visibility, and hilly terrain all contribute to Nepal's reputation as a notoriously dangerous aviation destination. The Yeti Airlines flight from Kathmandu to Pokhara was nearly finished when it lost communication with a control tower on Sunday.

What Happens To The Human Body In A Plane Crash?

In many crashes, the airplane structure collapses, injuring the human who collides with the airframe. Amputations, severe lacerations, and crushing are examples of these injuries. When the structure collapses, the victims may become trapped within the rubble and perish as a result of fire, drowning, or traumatic asphyxia.

Which Part Of Aircraft Is Safest?

The middle third of the cabin had a 39% fatality rate, whereas the front third had 38% and the back third had 32%. When it comes to which seats provided the best chance of survival, the middle seats in the plane's rear had the lowest fatality rate (28%).

Dozens of people died when a plane crashed in Nepal, but perhaps the most terrifying thing is that the last moments of the plane's life were recorded by a passenger who had no idea what was going on. The man who was recording might have lived through what happened, but it's not clear what's going on with him now.