Tesco’s curry sauce is apparently just like the version you can get from McDonald’s, but rather than you having to fork out for a box of Chicken Dippers from the fast food chain, this only costs £1 and last longer than three dips.

I don’t know how to feel about this. Curry sauce merely existing makes me feel slightly uneasy, though I suppose it depends on the context.

Obviously in an actual curry I don’t have any qualms with curry sauce, but with things that don’t belong in a curry being dipped in it cold, that’s a problem. Shouldn’t be allowed. But hey, there’s now Tesco curry sauce!

Nonetheless, people persist getting the dip, even though Sweet ‘n’ Sour is an option and now, one savvy shopper has worked out a way to get more.

Unlike most McDonald’s hack articles you come across, this one doesn’t actually have anything to do with the fast food chain, as it’s actually a sauce from Tesco that tastes exactly the same.

The news was shared on the Extreme Couponing and Bargains UK Facebook group and while every time I see that name, I can’t help but smirk (what makes couponing extreme?) you can’t doubt their credentials. 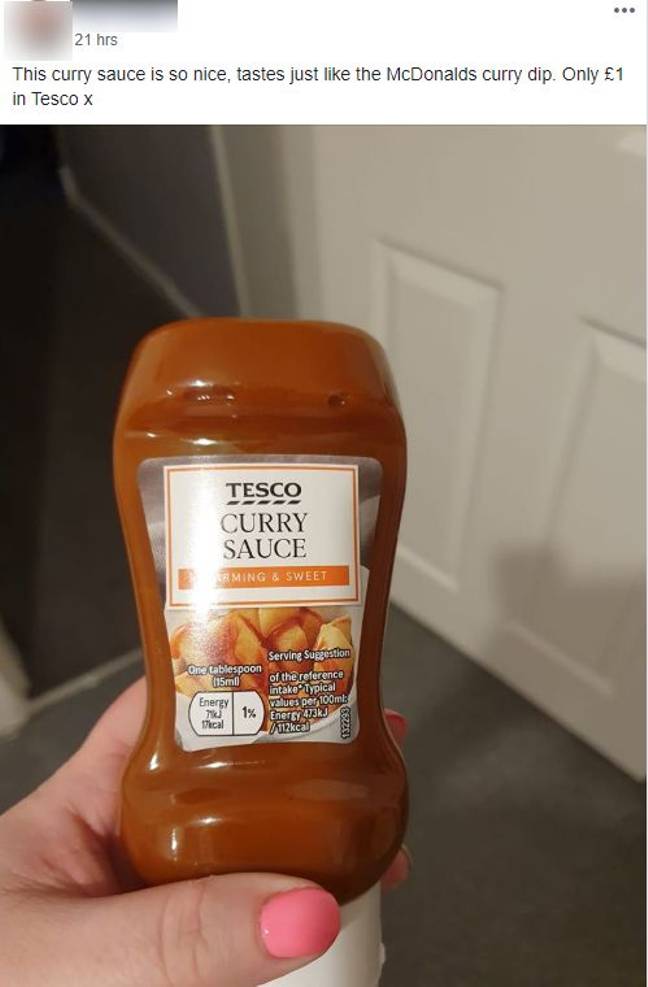 My favourite thing about the Extreme Couponing Group is that everyone who posts on it texts exactly like your mum. That wasn’t a ‘your mum’ joke, but you know what I meant.

If she didn’t delete Facebook because she was fed up with people showing off, she would definitely be on Extreme Couponing and Bargains UK.

Enough talking about my mum though, because I couldn’t care less about this sauce. The only sauce I want in vast quantities is the garlic dip you get from those off-brand pizza takeaway places.

Where can I get Harrisons Garlic and Herb sauce?

Well, as it turns out, you can actually get it in vast quantities from Amazon.

You can either get a pack of 100 25ml pots for £11, or four squeezy bottles, all just under a litre for the same price.

Obviously the latter is a better deal and less waste.