It’s really not fair that people like Zac Efron, Michael B Jordan and Henry Cavill exist. I’m here struggling to catch the eye of a girl who I’m on a date with, and people like those three are having people thirst over them for just living their lives.

Seriously, Henry Cavill just did one of the nerdiest things a man or woman can do, in that he built a customised gaming PC from scratch, and people are going mad for it. 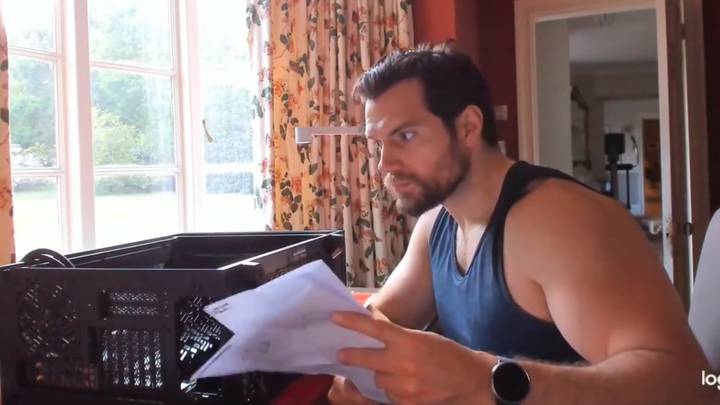 To be honest with you, I’m starting to wonder whether the fact that he’s Henry Cavill has anything to do with it. I don’t know why, but I sort of get the impression that if Jesse Eisenberg released the same video, it wouldn’t have this as a comment:

“Why is this so incredibly sexual to look at? And I don’t mean just because of you, but I also mean the extremely sensual way you apply the cooling paste and slowly drive in those screws, the way you read the manual like you’re reading the pc a bedtime story“.

“OMG ur such an adorable nerd. I wanna spoon u while we watch X-Files!!!!“

To be fair though, look at the arms on that guy.

All The PartsThis kind of material isn't for everyone….viewer direction is advised. You may see a lot of parts that you haven't seen before. #PC#AllTheParts#AllNightLong

Absolute state of him. Without wanting to rehash three-year-old memes, I’m in awe of the size of that unit.

He knows exactly what he’s doing, doesn’t he? Both in the video (he seems to be reasonably adept at putting a computer together) and in posting it, wearing his little vest and playing Barry White over it. He lives off the thirst.

I’m not what one would consider a gamer, however I do have Ghost of Tsushima arriving today since I saw the trailer immediately after watch Seven Samurai. I’ll make a video of myself sitting down while my PlayStation takes three hours to download the game, and we’ll see how well that does.