People Are Shocked To Learn That Humpty Dumpty Isn't An Egg 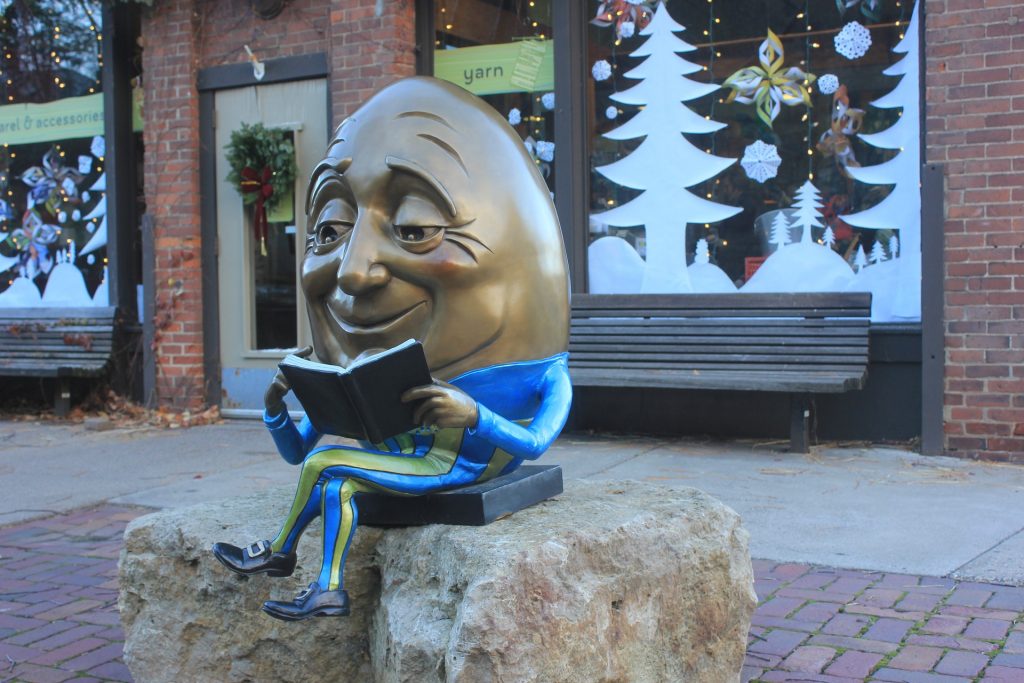 People are shocked to learn that Humpty Dumpty isn't an egg. Almost every child hears the nursery rhyme "Humpty Dumpty" when they are young, so you've probably heard it before.

Just to refresh your memory, the story goes as follows:

Yes, that one. You probably have an image of a gigantic egg-man creature breaking off the wall because, after all, humpty dumpty is an egg. Nope. So. People are shocked to learn that Humpty Dumpty isn't an egg.

Finding out that Humpty Dumpty wasn't an egg "f**ked me up," according to one person, while another claimed it "blew my MIND."

Others pointed out that giving horses the job of putting Humpty back together was silly because horses are notoriously bad at giving medical care or building things.

Why an egg though?

That actually happened because the illustrator for Lewis Carroll's Through the Looking Glass chose to picture Humpty Dumpty as an egg, and it stayed.

Kids are familiar with eggs being cracked, therefore it is far preferable to image Humpty Dumpty as a kind of anthropomorphized egg monster rather than traumatizing them with a representation of someone or something terribly disfigured by a bad fall.

And as if Richard III's day wasn't horrible enough, he was buried in Leicester under a parking lot. Richard III was hacked to death during the Battle of Bosworth Field and may have fallen off his horse during the fighting.

Another theory is that Humpty Dumpty was a cavalry cannon that was mounted on Colchester's city walls during the English Civil War.

The cannon fell, and it was so badly damaged that it could no longer be used as a weapon. Meanwhile, the Roundheads were blasting the walls to pieces. Thus, Humpty Dumpty is either a cannon or a king, but we can be certain that he is not an egg.

People are shocked to learn that Humpty Dumpty isn't an egg. The nursery rhyme Humpty Dumpty, which tells the tale of a big egg that fell off a wall and cracked, is one that many of us learned to sing as youngsters.

A writer questioned why we instinctively believed the character we've been singing about since infancy was an egg when there isn't any mention of him being an egg in the lyrics, prompting the revelation that has completely shocked social media.