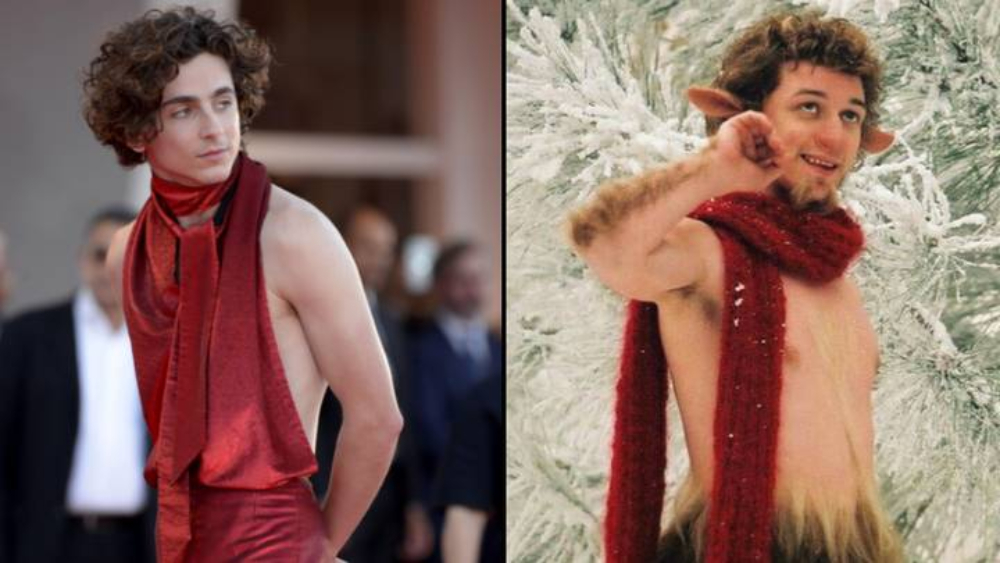 When did this happen? This happened on September 4, 2022.

Timothée Chalamet is not unfamiliar with a daring red carpet appearance. The 26-year-old actor has shown off his playful sense of fashion and love for a razor-sharp cut ever since his first significant red carpet tour in support of his Oscar-nominated romantic drama, Call Me by Your Name.

Examples include the bejeweled Louis Vuitton harness he wore to the 2019 Golden Globes and the satin Prada workwear jacket and Cartier brooch he stepped out in at the 2020 Oscars.

But on this red carpet, Chalamet wore a custom-made halter top and pants by his friend and designer Haider Ackermann. The top was red and shimmery, and the pants went with it. And people can't ignore Timothée Chalamet as Mr Tumnus after his red carpet look.

Some others said they thought the look was "giving Mr. Tumnus," a reference to the iconic faun played by James McAvoy in the Chronicles of Narnia: The Lion, the Witch, and the Wardrobe movie, while others believed it was an utter failure.

Yes, many couldn't help but compare the barely-there, draped halter top to Mr. Tumnus, the faun with goat legs and a human upper body who wears a naked torso covered only by a thin red scarf.

One person tweeted after seeing Chalamet in Venice, "Why is it kind of giving Mr. Tumnus?" "Timothée cosplaying Mr Tumnus I see," said another person who remarked on the connection, which turned out to be pretty popular. "It’s giving Mr. Tumnu," a third person wrote. 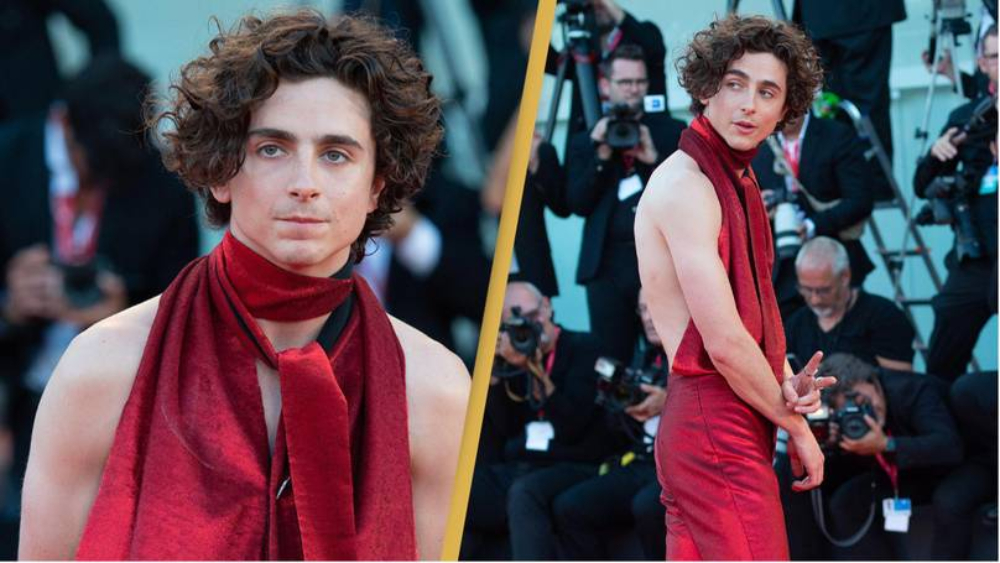 A fourth said, "Timothée Chalamet is giving sl**ty Mr Tumnus at Venice Film Festival rn I can’t lie." One user said that he reminded them of a "yassified Mr. Tumnus," while another wrote, "Somebody said he looks like Mr. Tumnus and I can’t unsee it."

For the world premiere of his brand-new movie, Bones and All, which follows two cannibalistic lovers as they travel cross-country together, Chalamet attended the film festival. Chalamet and Taylor Russell are the main actors in the movie, which also stars Mark Rylance, Michael Stuhlbarg, André Holland, Chlo Sevigny, Jessica Harper, and David Gordon Green in supporting roles.

The film premiered at Venice to an 8.5-minute standing ovation. Chalamet recently discussed how the movie connects to issues of youth and being "intensely evaluated" in an interview with Deadline.

It was a relief to play characters who are wrestling with an internal dilemma absent the ability to go on Reddit or Twitter or Instagram or TikTok and figure out where they fit in. Without casting judgment on that, because if you can find your tribe there, then all the power.

But I think it’s tough to be alive now. I think societal collapse is in the air, it smells like it, and without being pretentious, I hope that’s why these movies matter because that’s the role of the artist is to shine a light on what’s going on.

On November 23, Bones and All will be made available in the US.

People can't ignore Timothée Chalamet as Mr Tumnus after his red carpet look for his movie, " Bones and All". Chalamet made sure to remind us with tonight's eye-catching outfit that he can still turn up the glamour and deliver the unexpected when called upon.