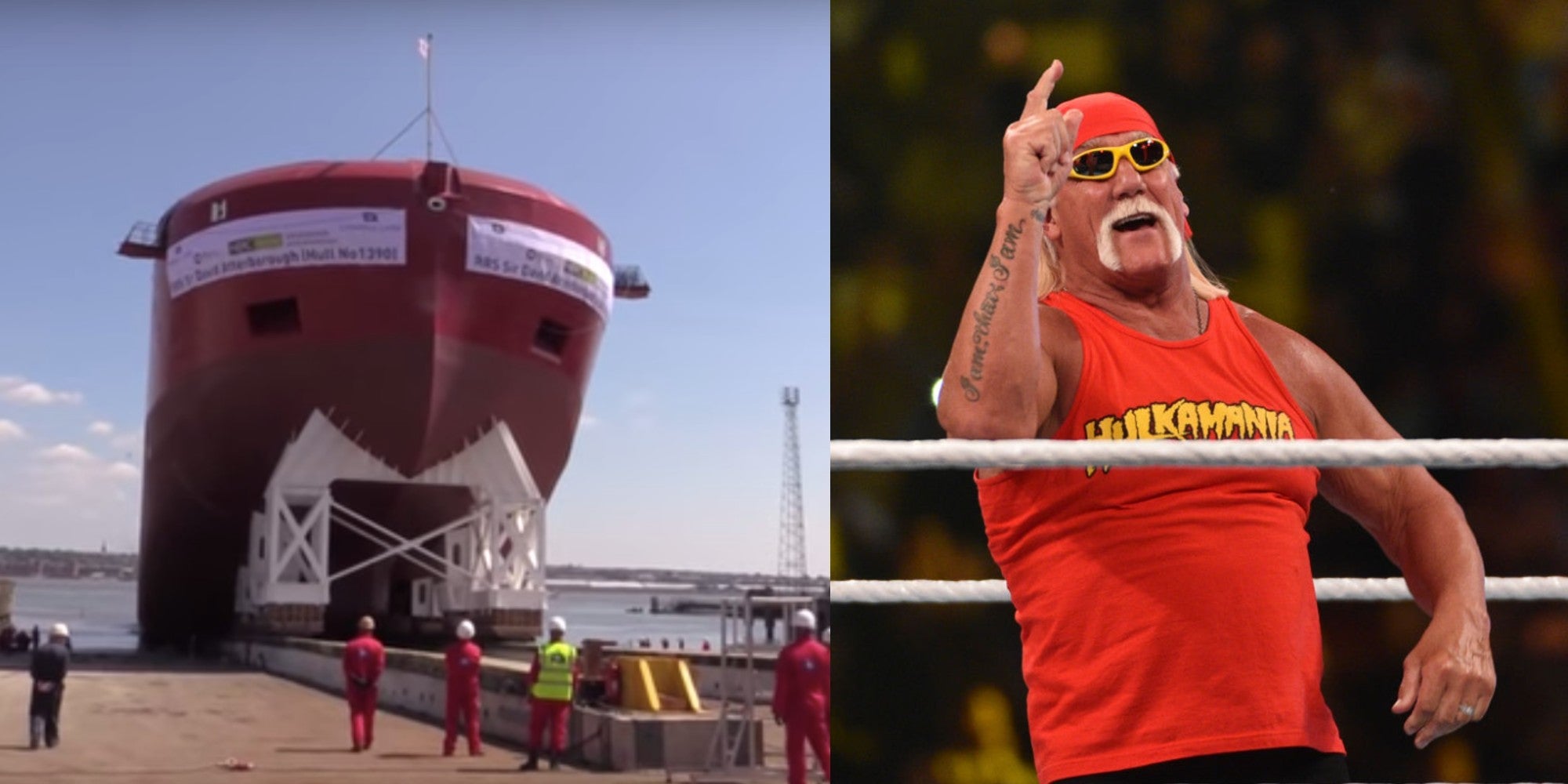 Do you recall Boaty McBoatface? When we all united together to give a new boat the most obnoxious name ever, it was simpler, more brutally British times.

The boat has a face now, and it's named Sir David Attenborough, which is still extremely British but less obnoxious. Not just any face, but the face of Hulk Hogan.

The crimson boat, combined with small windows and a curiously moustache-like bow, looks just like the famed wrestling figure himself, according to Twitter user Richard Innes.

On Twitter, people began to joke about it, with one user writing, "Sometimes the McBoatface has been right in front of you the whole time."

Others were mostly irritated that the boat had been renamed against the people's wishes.

We can't wait to see David Attenborough in the corner of his boat, battling with Hulk Hogan over the rights to their respective photos at Wrestlemania next year.

In case you missed it, a public election was held in 2016 to choose a new name for the infamous red polar ship. A joke suggested by a voter became viral and received 124000 votes, with the runner-up receiving only 90,000.

Although Boaty McBoatface, a name popularized by former BBC radio Jersey presenter James Hand, was a popular choice, it was considered that the name was simply too absurd, and they opted on Sir David Attenborough.

Kate and Wills were there at the naming ceremony on September 26th, along with Sir David, who I'm sure would have chosen Boaty McBoatface. It simply has a more appealing ring to it.