Is that dramatic irony? It’s certainly normal irony. Quite ironic this, isn’t it? Dramatically so? I don’t know, I can’t remember what that means.

I looked it up and it’s not dramatic irony. I suppose it was in the sense that the baby was probably somewhat aware that it was holding a coil, while its pregnant mother had no idea, but not in the Ancient Greek sense.

The 34-year-old mother in question had an intrauterine device (IUD) inserted two years ago, but it clearly didn’t work as she conceived her new baby, who was born in Hai Phong International Hospital, in Hai Phong, Vietnam. 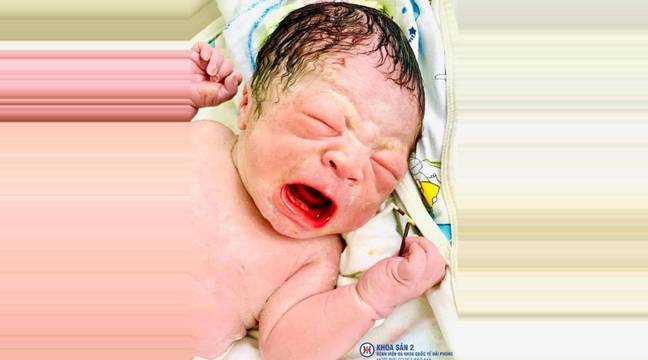 While being born, the baby dislodged the IUD and grabbed onto it in the process, which led to the picture that you’ve no doubt looked at by now. Tran Viet Phuong, an obstetrician at the hospital, took the images after seeing the pretty unusual sight and they eventually went viral.

Speaking of the process, Phuong said:

“After delivery, I thought him holding the device was interesting, so I took a picture. I never thought it would receive so much attention“. 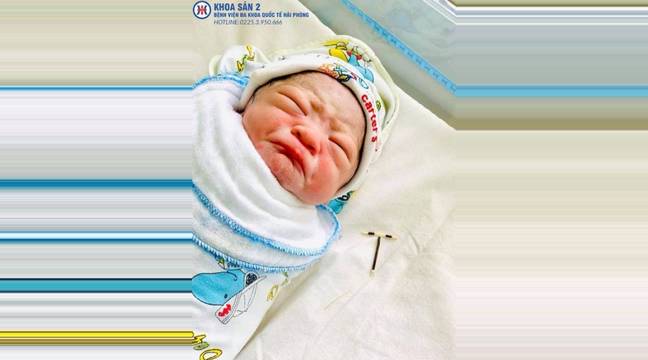 The presumed explanation for this is that the IUD was dislodged from its original position, rendering it useless. IUD’s are designed to inhibit sperm from fertilising the egg, as they release copper or hormones into the uterus.

Happily, this didn’t harm the unborn baby at all, who was eventually born, weighing a healthy seven pounds (like that depressing film) and had a pretty cool trophy that he’ll probably hold onto for a long while.

I mean that’s if they’re a sentimental family – the sort to keep the kid’s first ever baby grow – but if my birth was a big middle finger to the concept of contraception, then I’d want proof.